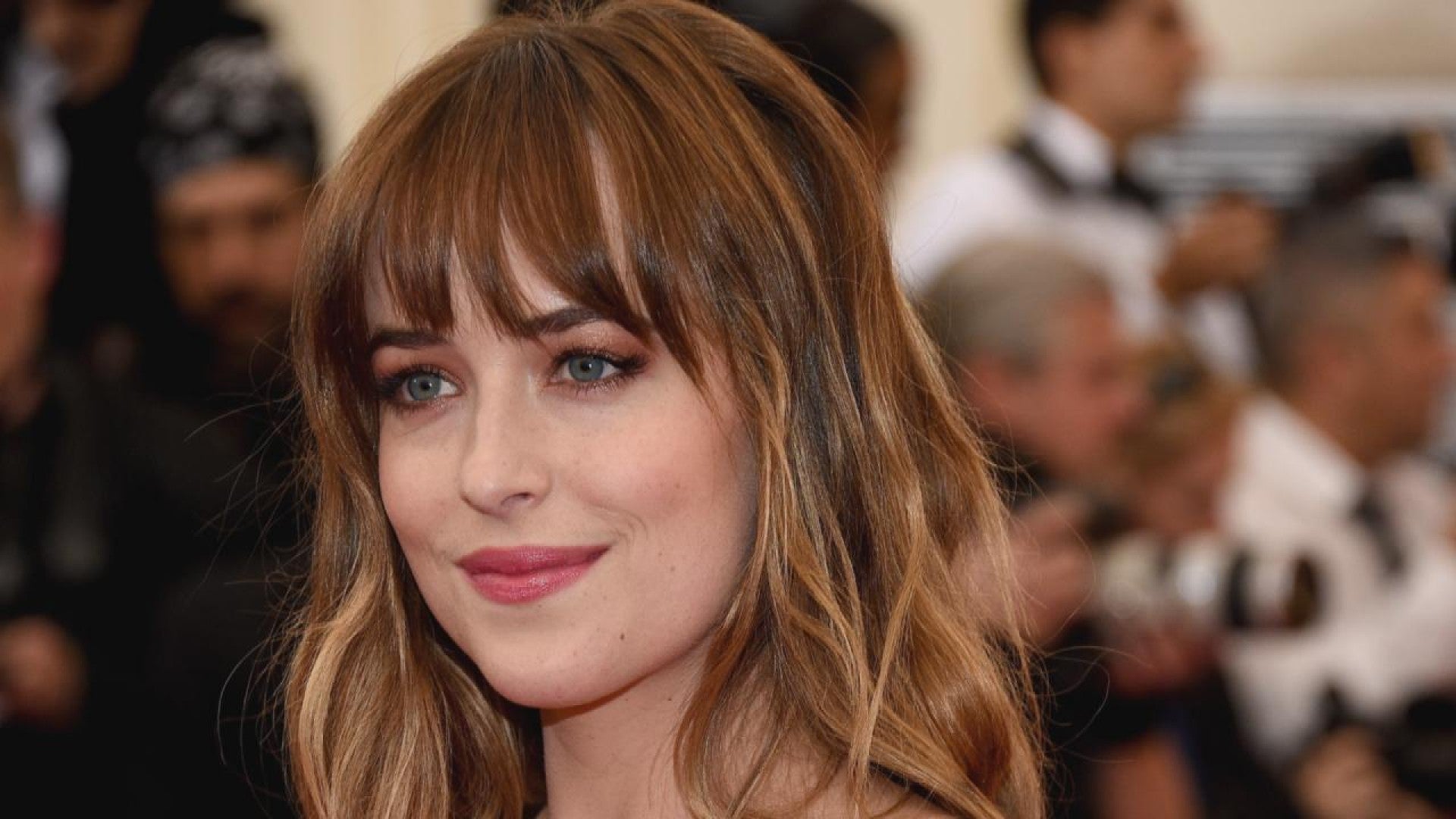 After Dakota Johnson did her mega-successful but Razzie award-winning Fifty Shades of Grey, she took more intellectually stimulating roles such as Suspiria, which didn’t win big at the box office. Dakota Johnson is the daughter of Don Johnson who would be on Miami Vice. Her mother is Melanie Griffith, who again was an actress. Dakota made her first appearance at the age of ten in Crazy in Alabama in the year 1999. Then she began auditioning for roles in Los Angeles after she finished high school.

Her first major feature film was  The Social Network in 2010. Though it wasn’t a big break, she played a college student named Amy who had a brief interaction with Sean Parker from Napster. Dakota went on to star in the comedy 21 Jump Street. Her next movie was the independent comedy Goats. In the year 2012, Dakota grabbed a minor role in The Five-Year Engagement, even though the movie belonged to Emily Blunt and Jason Segel.

After her mega-successful Fifty Shades franchise, Dakota starred in the biographical crime film Black Mass in the year 2015. She made two collaborations with the director Luca Guadagnino. The first one was a drama A Bigger Splash and the second one was in the supernatural horror film Suspiria. 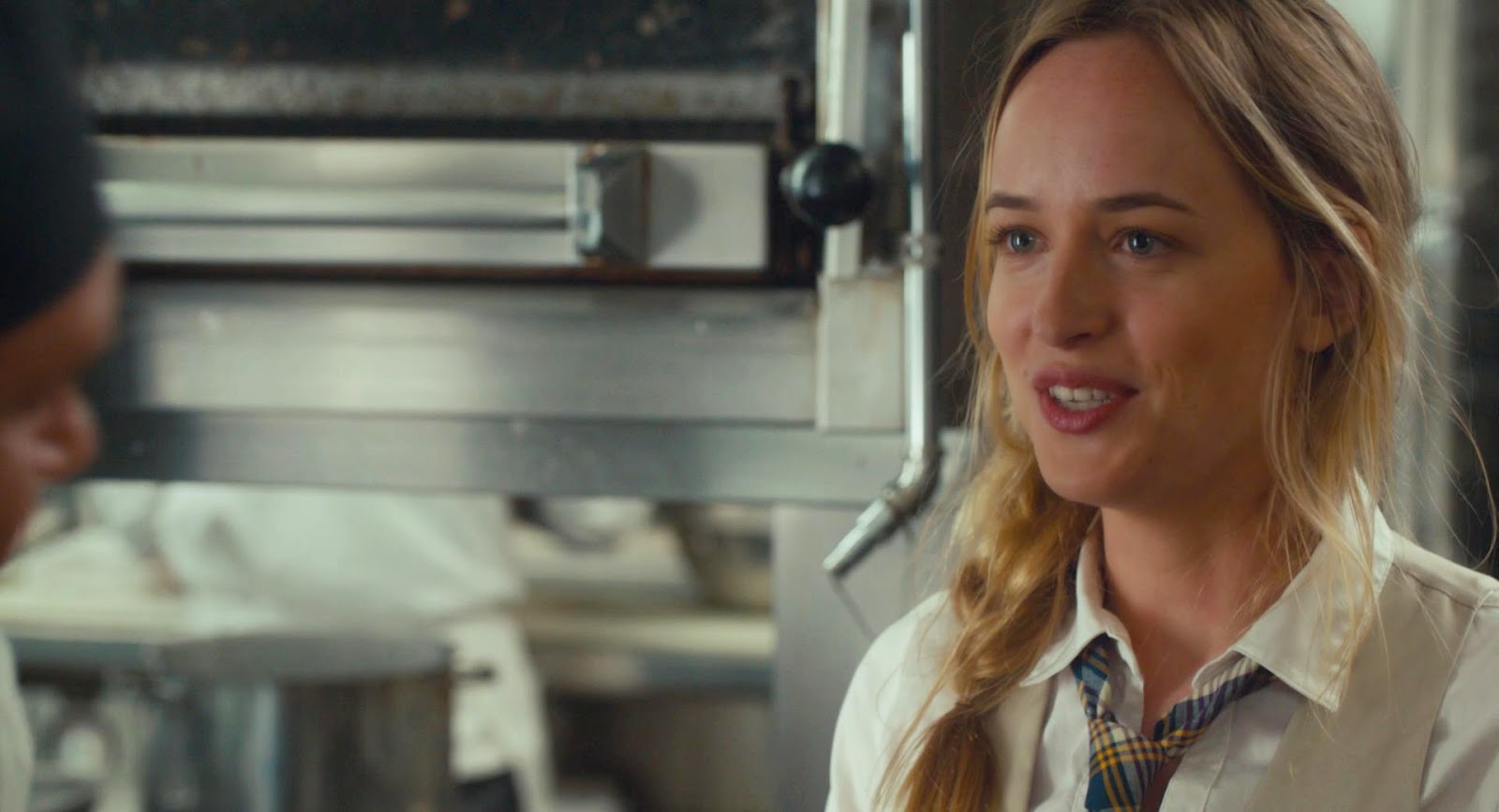 The Five–Year Engagement is a 2012 American romantic comedy film.

It is the story of a couple who face upheavals and their relationship becomes strained after their engagement is stretched for five years. They break up at the end, but they do find each other again. The couple is played by Emily Blunt and  Jason Segel. He also has co-written the movie. Dakota Johnson plays Audrey in the movie, who dates Tom (Jason) when he moves to San Francisco, working as a sous-chef under Alex. She is a hostess in the movie.

The Five–Year Engagement is directed and produced by Nicholas Stoller. The co-producers in the movie are Judd Apatow and Rodney Rothman. 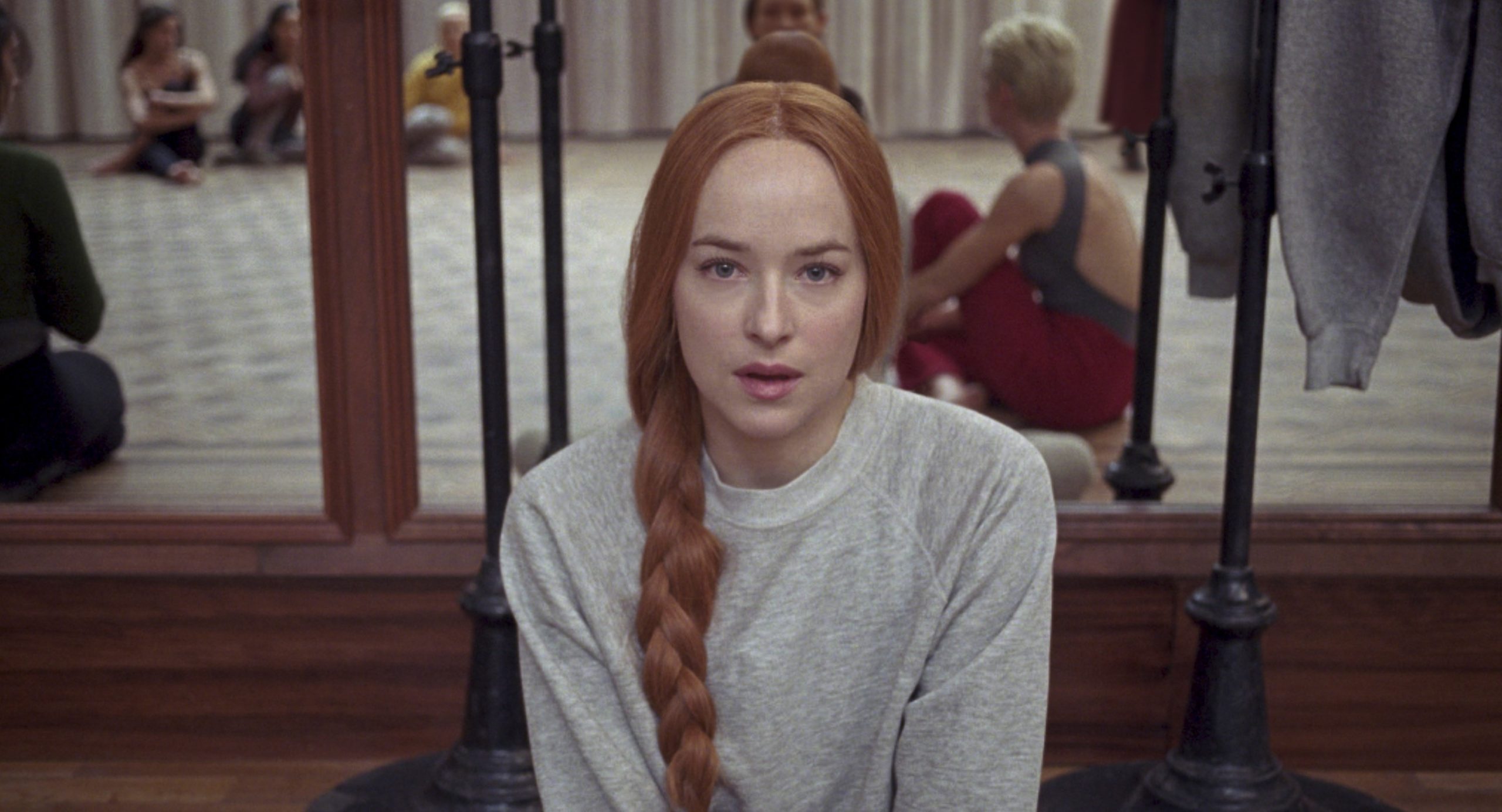 Suspiria: Luca Guadagnino and Dakota team up for the second time.

Immediately after Fifty Shades ended, Dakota was seen in Suspiria. The movie marked her second collaboration with Italian maestro Luca Guadagnino. Dakota starred as the lead in the movie, playing an American girl named Susie who travels to Germany to study at a famed ballet academy. Upon her arrival, she noticed awry things. On her very first day at school, a murder takes place and Susie begins to think the school is involved in it.

Suspiria is directed by Luca Guadagnino, based on a screenplay by David Kajganich. The movie is inspired by the 1977 Italian film by the same name directed by Dario Argento. The rest of the cast includes Tilda Swinton, Mia Goth, Elena Fokina, and Chloë Grace Moretz, Angela Winkler, Ingrid Caven, Sylvie Testud, Renée Soutendijk, and Christine LeBoutte. 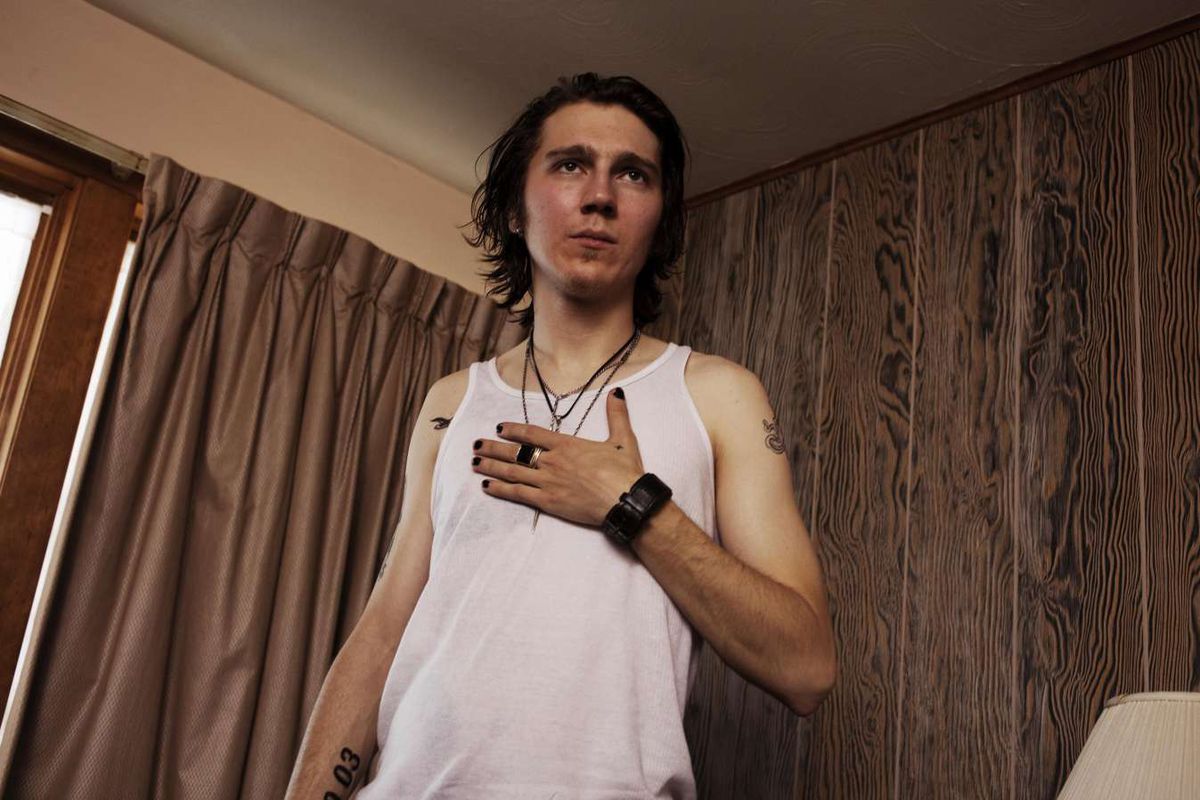 For Ellen is a 2012 American drama film.

For Ellen is a thief of joy and we wouldn’t recommend it in these times. It is Yong Kim’s indie road-movie about a haywire musician desperate to regain custody of his estranged daughter.

Dakota Johnson has a minor role in the movie, playing Cindy Taylor. She is the sister of Joby Taylor. The story concerns Joby Taylor (Paul Dano) who plays a musician. His life goes wayward and blows up, he is in the middle of an ugly divorce and a custody battle of his daughter. Two of his choices are his floundering music career and his role as a father. For Ellen is written, produced, and directed by So Yong Kim.

Joby’s daughter is Ellen (Shaylena Mandigo) and his wife is Claire (Margarita Levieva). 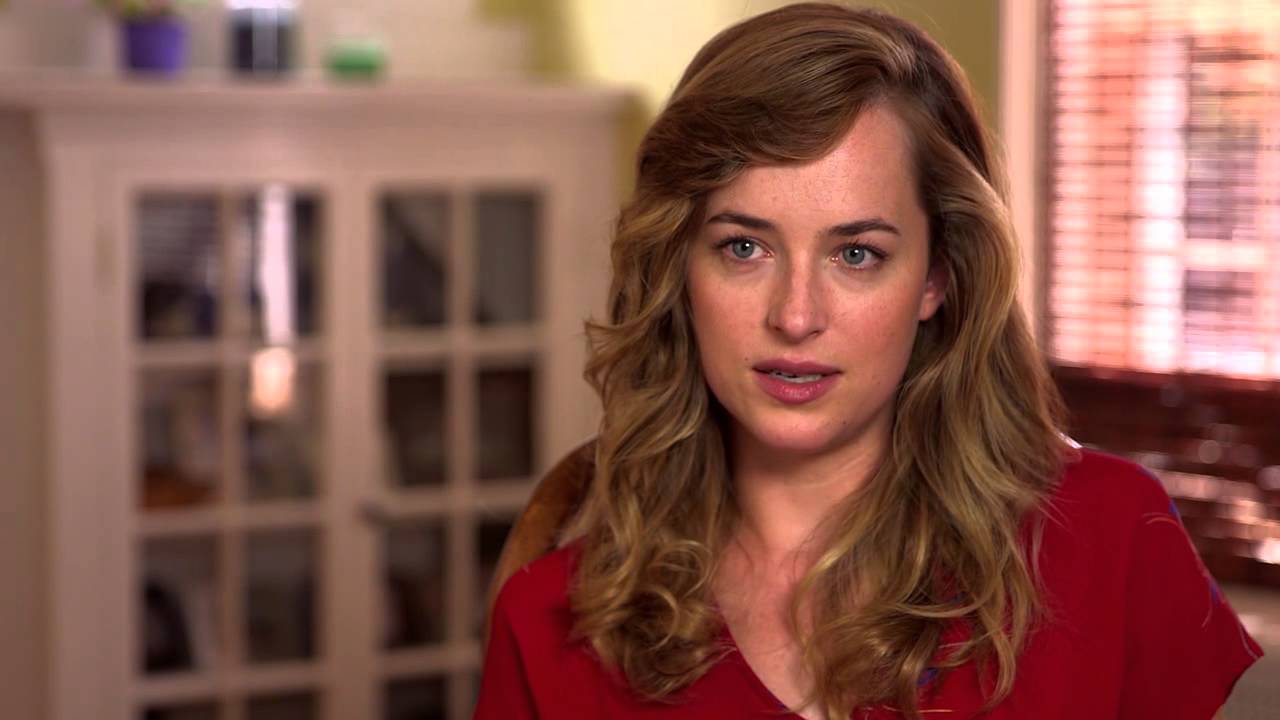 When Dakota was asked what is meant to be working opposite Johnny Depp, a man she’d grown around, she said it was the best experience of her life. The story concerns the life of a violent gangster in South Boston, Bulger turned into an FBI informant in order to bring down a rival mafioso. It was in 2011, that the real White Bulger was found hiding out in a lavish place in Santa Monica.

Black Mass is produced and directed by Scott Cooper. It is written by Mark Mallouk and Jez Butterworth. The movie is based on Dick Lehr and Gerard O’Neill’s 2001 book Black Mass: The True Story of an Unholy Alliance Between the FBI and the Irish Mob.

Bad Times At The El Royale 75% 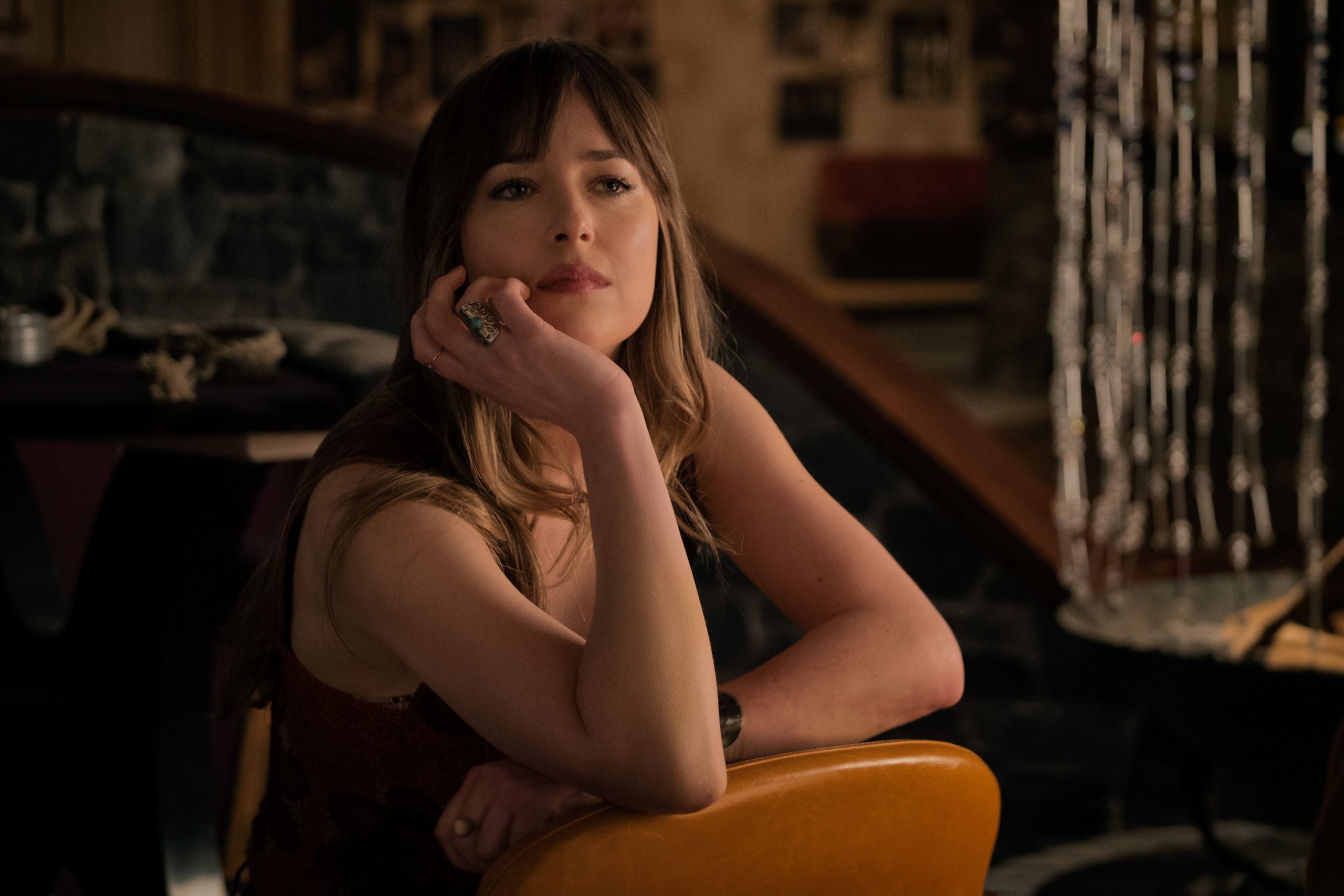 Bad Times At The El Royale: Johnson plays one of six of the strangers.

Bad Times at the El Royale is a 2018 American neo-noir thriller film.

In this movie, Dakota Johnson plays  Johnson plays one amongst the six of the strangers who convene at the portentous El Royale hotel on the California/Nevada border. They are there for the bag of cash, left under the floorboards of one hotel room a decade ago.\

Johnson’s role is Emily Summerspring, who is a devious, vicious woman. She uses her brainwashed sister Rose in a fake kidnapping ploy. 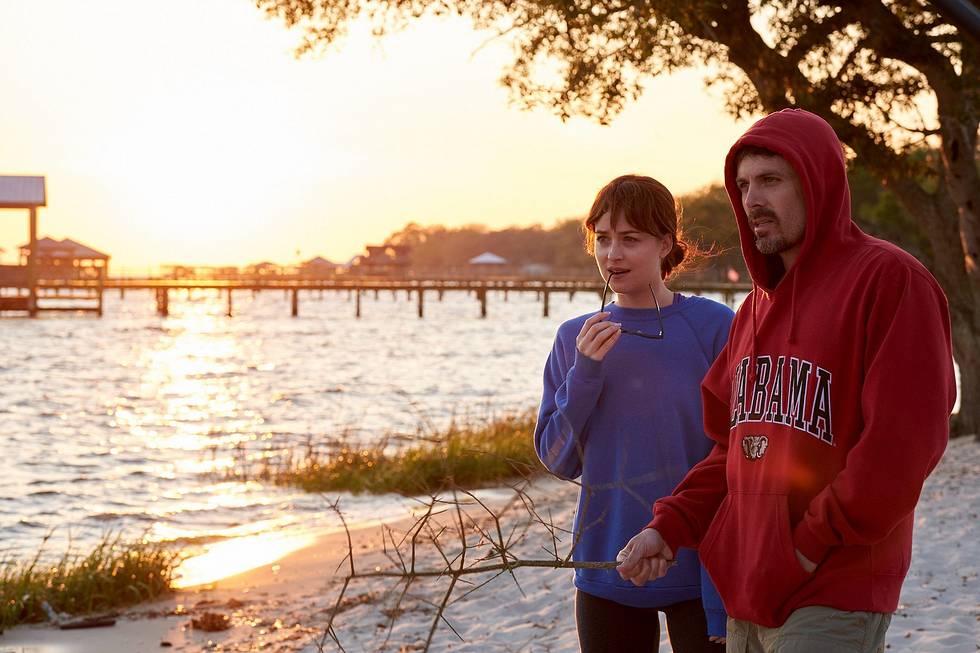 The Friend: Johnson plays Nicole Teague, a woman with a deadly illness.

The Friend is a drama film.

The Friend hasn’t been released as of now. But it has generated sufficient buzz in the movie circles. It is directed by Gabriela Cowperthwaite, based on a screenplay by Brad Ingelsby. The Friend stars Casey Affleck, Dakota Johnson, and Jason Segel in the lead roles.

Dakota Johnson plays a young woman named Nicole Teague who learns she has six months to live because of her deadly illness. Her husband Matt isn’t that supportive, so her friend Dane (Jason Segel) comes over, leaves everything behind to help with her illness. He moves in with Nicole and Matt to take care of Nicole’s ailments.

The Friend had its world premiere at the Toronto International Film Festival on September 6, 2019. 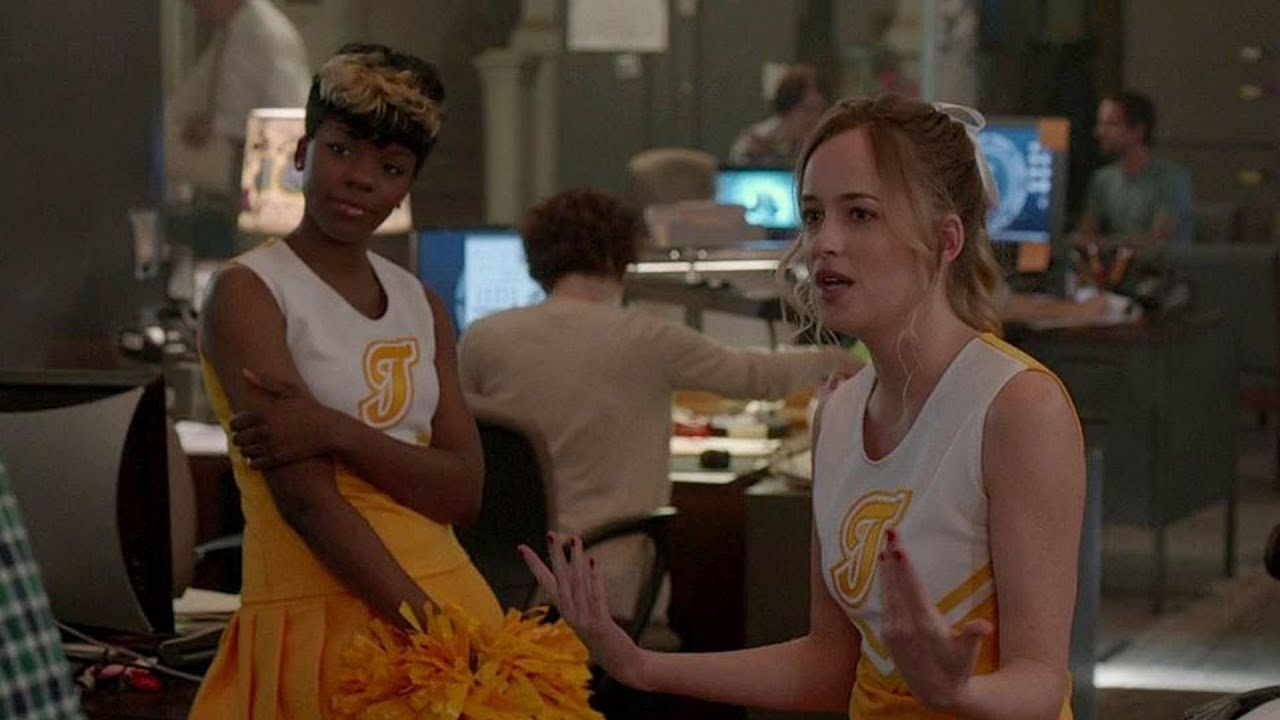 The story concerns two undercover cops who go back to high-school to bust an unidentified drug dealer. Dakota Johnson plays a girl named Fugazy, who goes to the same school. She is a weirdo who may or may not help the cops with helpful intel.

21 Jump Street is directed by Phil Lord and Christopher Miller. It is written by Jonah Hill and Michael Bacall. The buddy-cop pair is played by Hill and Channing Tatum. The film has been adapted from the 1987–91 television series of the same name by Stephen J. Cannell and Patrick Hasburgh. 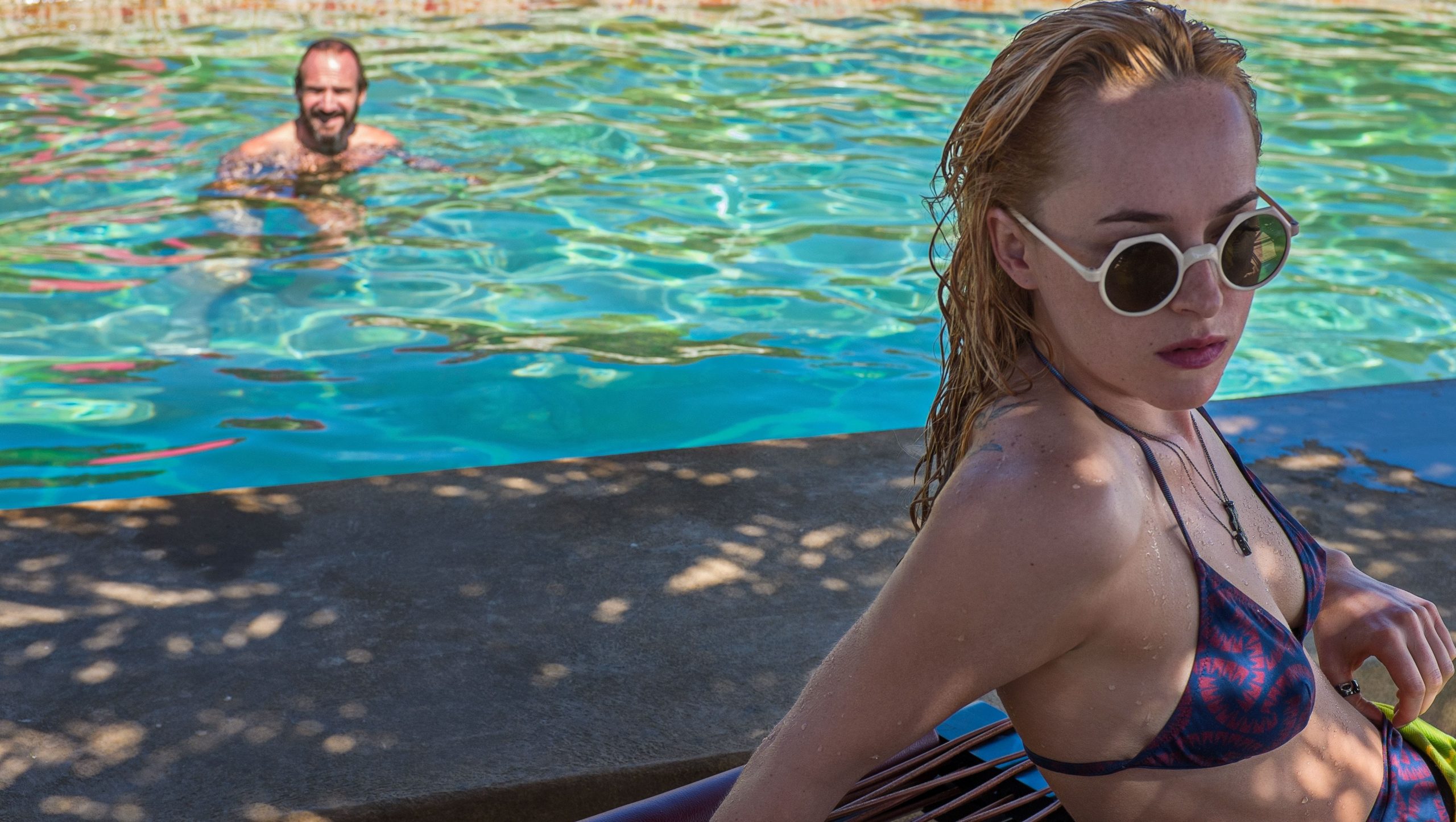 A Bigger Splash: Dakota plays the daughter of a boisterous fellow.

A Bigger Splash is a 2015 psychological drama film.

The film marks the second collaboration between Dakota and the Italian maestro Luca Guadagnino. It is sad how the movie is underrated, it definitely deserves more attention. It is written by Alain Page and David Kajganich.

The story of A Bigger Splash concerns a famous rocker (Tilda Swinton) who takes a vacation with her filmmaker boyfriend on in Italy. The vacations is going slow and smooth. But then, a noisy old pal (Ralph Fiennes) and his daughter (Johnson) arrive and wreak havoc. 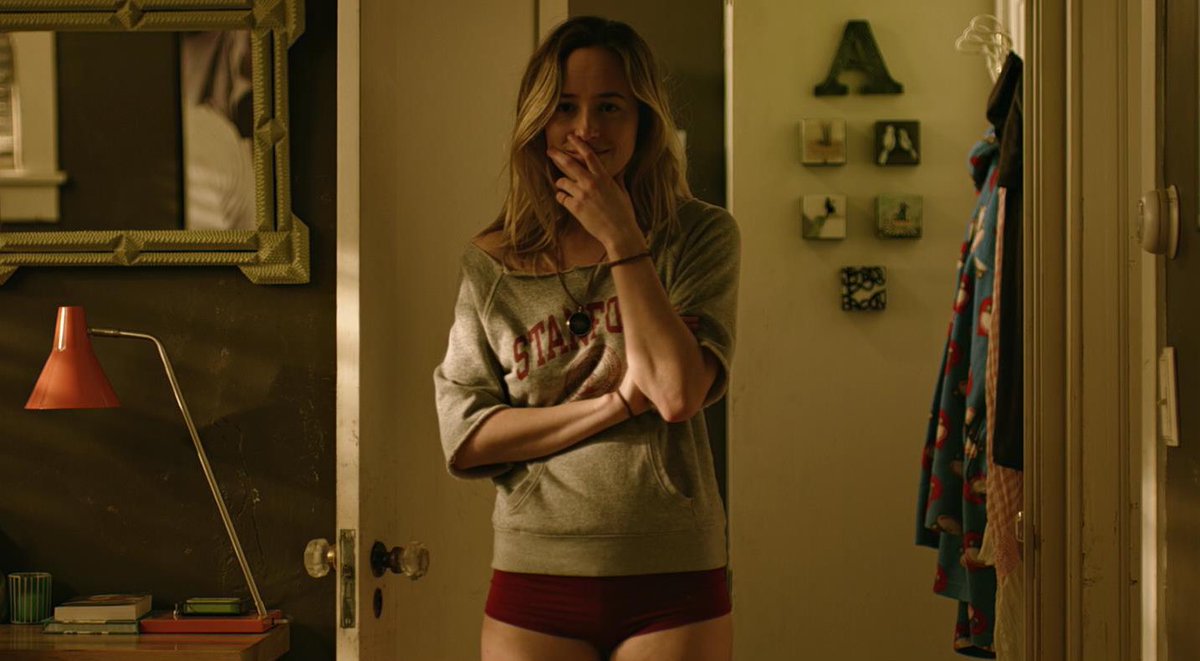 The Social Network is a 2010 American biographical drama film.

David Fincher’s The Social Network is Dakota Johnson’s first major role. She may have appeared in the film Crazy in Alabama. But this movie was her first feature film as a young actress. Dakota played Amy, a college-goer who has a one night stand with the founder of Napster, Sean Parker. Even though she only had one scene, she talked about the social media network.

The Social Network is based on an adaptation from Ben Mezrich’s 2009 book The Accidental Billionaires. The story concerns the rise of the social networking website Facebook and the two lawsuits Mark Zuckerberg was dragged into. 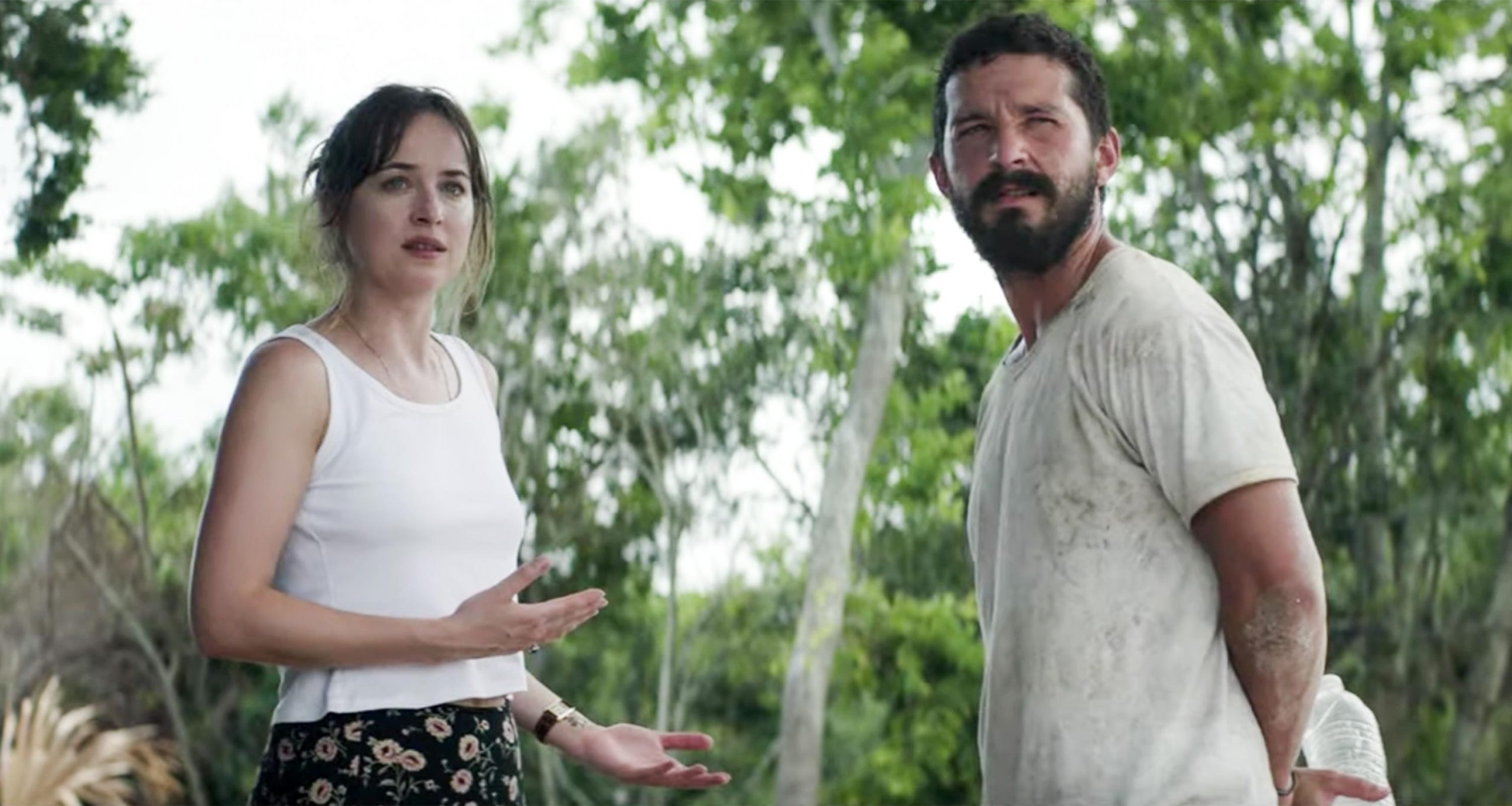 The Peanut Butter Falcon is a 2019 American comedy-drama film.

It is written and directed by Tyler Nilson and Michael Schwartz. The story is about a young man with Down syndrome (Gottsegen) who escaped from the facility. He meets a fisherman on the run (LaBeouf). The two men become best friends and a social worker (Johnson) attempts to track them.