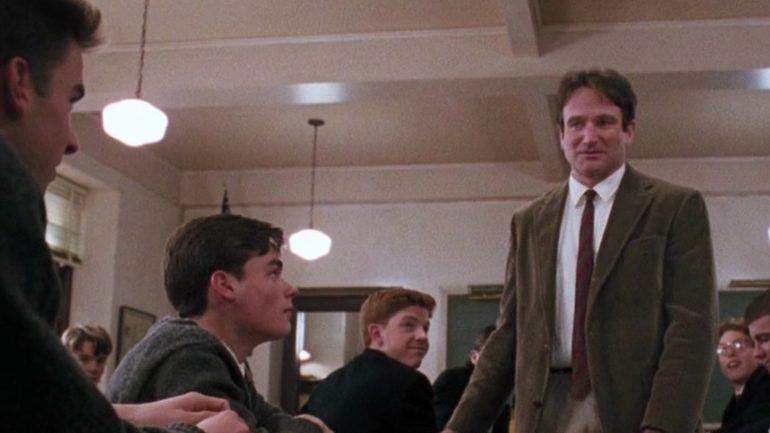 Picture this: you stroll through school in your dark academic clothes with a look of mystery about you. In your hand is a book of collected poems by the one poet who is great at what they do yet are villainously underground. You are here to learn but do it in style. Welcome to the world of Dark Academia, here we have much more than your usual Dead Poets Society and we’re keen to let you in on all our secrets!

We present to you a list of curated shows and movies to get you on the DA train! Read on to find your next Nuwanda!

A 2013 film directed by John Krokidas featuring Daniel Radcliffe and Dane DeHaan in the lead roles of Allen Ginsberg and Lucien Carr respectively. As far as Dark Academia goes, this movie’s got everything – the good-looking sulky writer and his counterpart, the trouble with drugs, and the inherent yearning that comes along with being a romantic academic.

Following the (almost) real-life story of the above-mentioned writers, this movie is for anyone that wants to see a Drarry fanfiction come to life.

Now, we already know what you are thinking about this one: here we go again. But hey, if you haven’t gotten around to watching this killer of a show, we are here to urge you to do it right away!

Taking on the story of chess prodigy Elizebeth Harmon (Anya Taylor-Joy) dealing with addiction – this Netflix Orignal series will get you hooked right from the get-go.

Do not let the description fool you, it is more than just a series about chess. The Queen’s Gambit will make you laugh and it will make you cry, and in the end, it will leave you wanting for more in true DA fashion.

We’ve all come across some spin-off of the famous Sherlock Holmes’s sister and her own set of adventures. Netflix had taken on the mammoth task of spinning a story around this trope and we can safely say that it has delivered! Enola Holmes is a Netflix original film based on the book by Nancy Springer.

It follows Enola’s attempts to be reunited with her missing mother all while putting her sleuthing to test and dealing with her older brothers Sherlock and Mycroft.

Mona Lisa Smile can be lauded for a lot of things and hosting a set of multi-dimensional female leads is at the top of the list. The power trio of Julia Roberts, Julia Stiles, and Kirsten Dunst carries the film with incredible finesse and ease. The story is set in the 1950s where a teacher encourages her students to read between the lines and question everything society has told them about women and gender roles till that point in time.

We sure love a female-centric DA arc and we know that you do too!

5. A Series of Unfortunate Events

This is a comedy-mystery series that has been adapted from the popular books by the same name by Daniel Handler. If you are one of the many people that grew up with Lemony Snicket and our famous family of three, this might be the DA pick that tickles your fancy.

The cast features Patrick Warburton as Lemony Snicket, Malina Weissman as Violet Baudelaire, Louis Hynes as Klaus Baudelaire, Presley Smith as Sunny Baudelaire, and Neil Patrick Harris as Count Olaf. The series is extremely smart and witty and will keep you entertained throughout!

So there you have it, our Dark Academia picks for every one of your moods! What will you watch today?