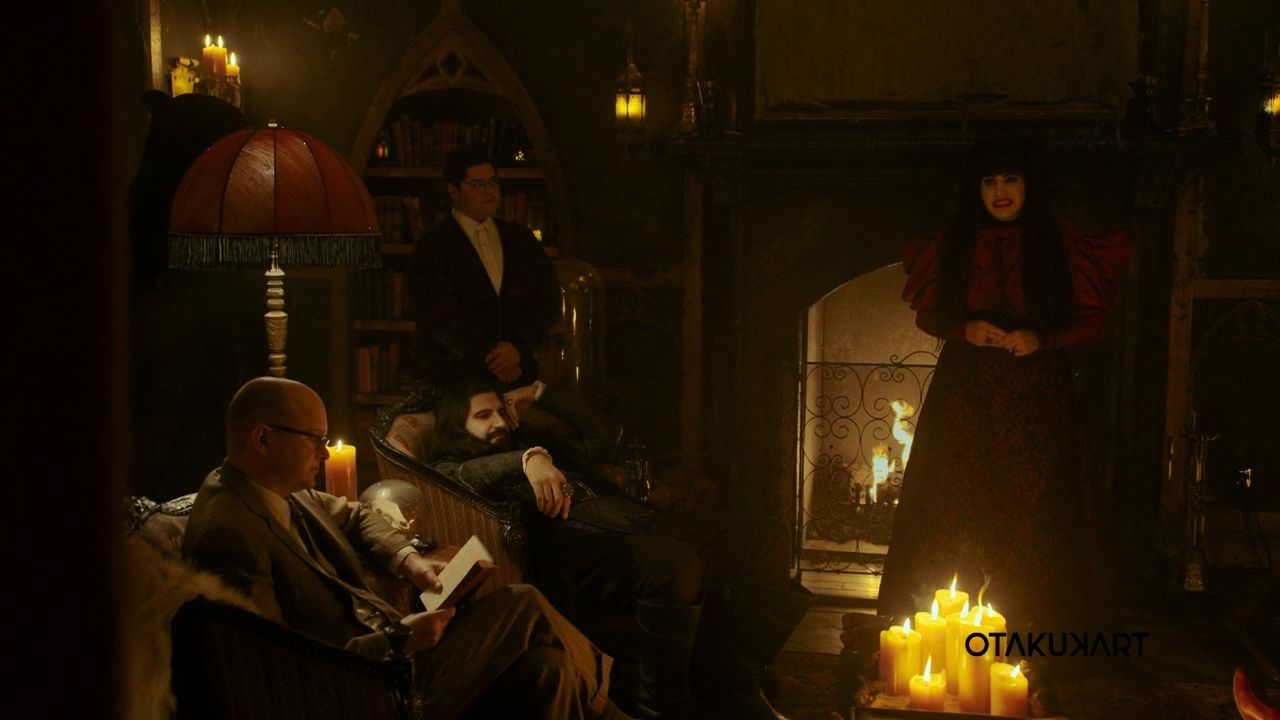 From What We Do In The Shadows Season 3 Episode 8 Featuring Nadja, Nandor Guillermo and Colin

What We Do In The Shadows Season 3 Episode 9 sees celebrations in the air as it is someone’s birthday. Also, we hope it doesn’t wind up like Master’s Accession Day did recently. But not everything goes right when Nandor, Nadja, Laszlo, Guillermo, and Colin are involved, right? So yes, there will be a conflict in this celebration. Recently on the show, Nandor decided to bid adieu to his Vampire life. He was sick of doing the same things and celebrating the same occasions for over 700 years now.

In an attempt to help him in his depression, Nadja gave him a job. But what she didn’t know was this job would lead him to a place that may encourage him to change this life. That, too, in all the wrong ways possible. So Nandor came across this wellness center designed for Vampires. Here they are teaching the Vampires how they can turn into humans. That too, just by opting to human ways. All this came, right at the moment, Nandor was sick of this Vampire life. Let’s find out if it was all true or Nandor was just being brainwashed.

Previously on What We Do In The Shadows Season 3, Guillermo began by introducing us to Master’s Accession Day. It’s the anniversary of Nandor becoming the Supreme Viceroy for Al Qolidnar. This day sees the vampires dressing up, celebrating, and dancing their way out for Nandor. The only thing is, this year around, Nandor wasn’t happy about it as the others woke him up. Nandor’s face clearly told that he was in depression. One thing Vampires do is to stay away from the vampire who suffers from it. This serves as the best treatment for them. 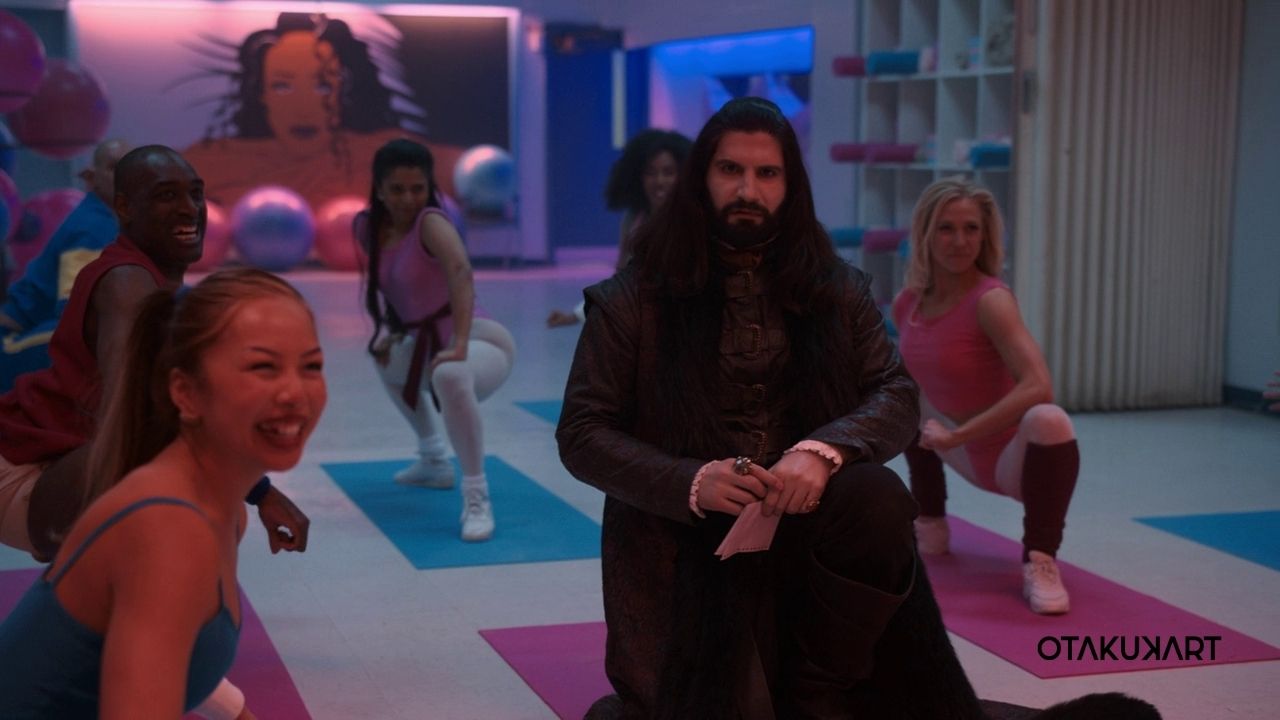 Nandor is basically done being a vampire living the same old life for over 700 years now. To enlighten him, Nadja gives him a task to collect debts. This takes him to a wellness center of Vampires. He meets a number of weird vampires now as he looks for Jane. Once he meets her, she tells him she is no longer a vampire, and neither are the others. They have opted for human ways and soon will become human. She also assures that she will help Nandor in this process as well.

Nandor saw this as an opportunity to turn his life around. He went back home to tell the family about him leaving his Vampirism. Before he left, Guillermo asked him to turn him into a Vampire. He was sick of human life. But Nandor assured them there is no fun in being a vampire. So Nandor joined the wellness center and soon found his way into it.

Nandor, Jane, and the people at the center danced, sang, cooked food, and did all sorts of things for humans. Worst of all, they even pull out their Vampire Teeth altogether. Nandor actually got along here apart from sleeping with Jane. Guillermo as a good friend, wanted to check on him. As he explored Nandor’s room, Colin told him about the note he had left. 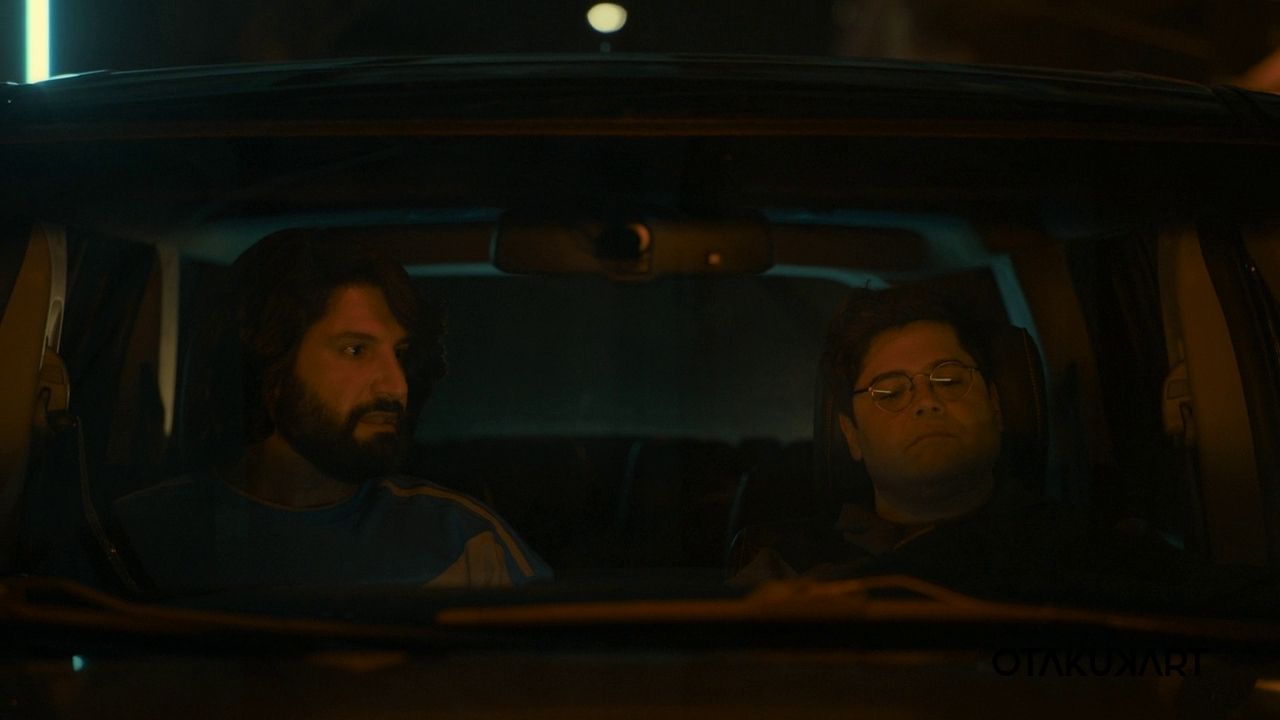 So Guillermo, with his weapons against Vampires, infiltrated the wellness center. Jane quickly pointed him out, but with the Garlic powder in his hands, Guillermo attacked them. Then he grabbed Nandor’s hand and ran away. From the talk of Nandor, Guillermo realizes he is brainwashed and forced to come home. He trapped him inside a cage, and now the entire family is working on deprogramming him. Meanwhile, Jane led the vampires at the wellness center into the sunlight, telling them they were complete humans and each one of them died.

What We Do In The Shadows Season 3 Episode 9 is releasing on 21 October 2021. It is titled “A Farewell”. The official synopsis of the episode says it’s Colin’s Birthday. We may have celebrations in the air much like it was supposed to be on Master’s Accession Day recently until Nandor barged out. Unfortunately, the same may happen again as the synopsis also suggest that one of the vampires is bidding the group adieu.

At this point, we don’t know who is saying goodbye amidst a celebration. The synopsis suggests he/she is leaving under strange circumstances. Well, we need to watch the episode to find it outright. Apart from this, we may also know if we will see Nandor’s deprogramming process after Jane brainwashed him at the Vampire’s wellness center if the show opts to. If not, Colin’s birthday it is.