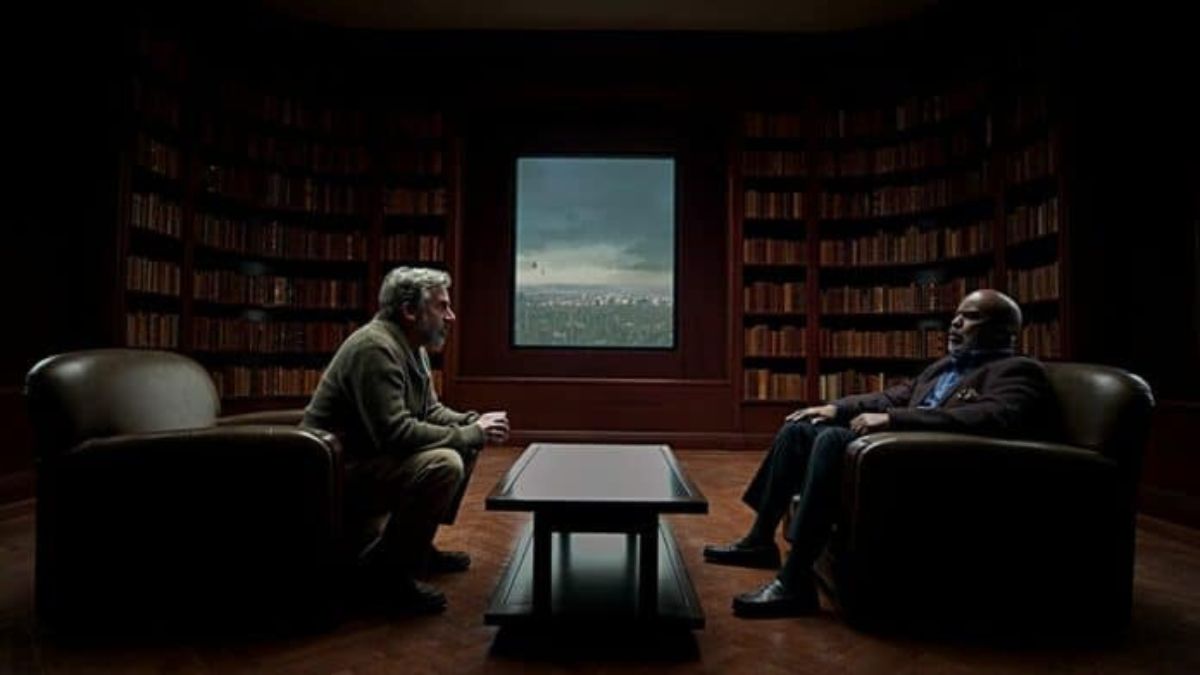 The Patient Episode 6 review is much needed and we are here for the same. The plot for this episode came in a lot of forms and of course, we are here for the psychological drama. The episode unfolded in a way that Alan has now finally had enough of everything. He has seen Sam murdering Elias and this has been deeply traumatic for him to handle. We know, with his mental health so feeble and weak, there was no way that he could keep the secret in him for long.

It was kind of obvious that the man would blab it all at one point. Although, there is more to the story. Sam will no longer have use of Alan if he reveals the secret and this is what bothers him the most, the future. Charlie was introduced in this episode. He is my old mentor of Alan and works as a therapist. Also, he likes the way their bond is progressing even though Sam is a murderer. He has started to listen to his advice more and more and there are some significant changes as well.

Alan is a therapist but needs someone for his own mental health as well. He has visited his office of Charlie in order to relax and let his true feelings out. Now, the major twist which came along with this therapy session was the fact that it was not real. The real Charlie is dead. The one that we see is only an amalgamation of memories that Alan has in his head about his friend. But hey, if it works for him to release his stress this way, we are no one to judge. A still of Alan and Sam from The Patient

Ultimately, Alan feels less burdened when he finally lets all his worries out to his friend. Later in the episode, we see that Sam is trying to manipulate Alan into digging a grave for Elias in the basement. While he is helping his patient, Alan’s point of view shifts throughout. He obviously has his own grief to deal with and this newfound heaviness that comes along with Sam is causing him more trouble than ever.

Alan sees a flashback of his son Ezra and other moments from his past life. Despite all of that, he ends up getting in the same room with Charlie as he talks to him about the issues inside of his head. Later, Alan and Charlie move on to the bigger problems in his life that revolve around Sam and his own personal set of troubles. The fact that Alan was seeing Charlie say things is a symbol of how he himself tried to talk about everything but to no avail.

Thus, he is giving himself proper advice, the advice which he knows works, in the form of Charlie. During his session, it turns out that Alan, while he was chatting with Charlie, understands that Sam does not have the feeling of empathy inside him. It is what causes him trouble to move forward with effective therapy.

Sam has been through a lot when he was just a kid. This has resulted in him trying to pose his solid exterior as an egomaniac who does not care about anyone else but himself. This troublesome facade is what needs to be broken because deep down inside Sam cares a lot but is subsiding those feelings to appear tougher. This resulted in how he left Elias’ body inside of Alan’s room without even thinking how inappropriate that is, even for a murderer like himself.

He even kidnapped Alan and that are just some examples of what needs to be fixed about his behavior. Everything that he has done till now, had his own selfish motives. Well, Alan is still trying to fox a boy while also projecting his own needs of having somebody depend upon him. This is why we will never see Alan giving up on Sam even though their bond has now become pretty toxic.