Season 5 of the popular American procedural series left us feeling fitful as the elite gang at 118 was broken up. Buck was in a toxic relationship with Taylor, and it was as though the show was barely thriving in the shadow of 9-1-1: Lone Star, its spin-off. Fortunately for the fans of the original team, however, the show is back with its sixth season, and it has everything we have been rooting to see!

Season 6 of 9-1-1 premiered on Monday, September 19, 2022, with Episode 1 titled Let the Games Begin, in which we saw a blimp crashing into a soccer stadium packed with spectators, as the 118 rushed to the rescue of the victims around the site as well as the pilots. Lucy took the week off after spraining her ankle during a family football game, leaving Bobby to appoint a new interim captain.

Eventually, Hen gets the job, and Buck is not pleased, but Chris is quick to jibe that Buck does not even own a couch and says a lot about him as a captain. Later, it’s May’s first day of College, and Athena and Bobby drop her off to discuss honeymoon plans. But a FaceTime call with her father goes wrong when his car collides with his house by accident, possibly injuring her mother gravely in the process.

The previous episode closed with a cliffhanger leaving the viewers hopeful that Athena’s parents will survive the crash that their daughter watched, in horror, unfold. As the interim captain, fans are excited to see Hen take charge, but does she have more on her plate than she can handle?

Written by Brad Falchuk, in true 9-1-1 fashion, Episode 2 of the show takes us through how a structure caves in during a convention, and the 118 must hurry to the case site to save the injured. Hen struggles to juggle her new responsibilities as the interim captain and prepare for a test, while Maddie tries to assist the recruit in finding his position.

We get them back in TWO days. ❤️ #911onFOX pic.twitter.com/ySZwGempVn

In the next episode, the third of Season 6, dubbed The Devil You Know, Bobby and Athena will investigate the case of her childhood friend who had disappeared 45 years ago while looking after her injured father in Florida.

9-1-1 is an American procedural crime drama following the lives of the first responders of Los Angeles, California: an elite unit of police officers, paramedics, and firefighters, who work together to save the lives of countless people every day while risking their own. On each day of their life, they are subjected to the most shocking, harrowing, and heart-stopping events. Aside from this daunting day job, the show gives us a deep insight into these heroes’ personal lives and struggles.

I can’t get over it it was all so natural Eddie and Chris sat around the table waiting for buck to cook dinner for them?? They’re a family #911onFOX

In the renewed season, the fans are delighted to see Eddie played by Ryan Guzman, and Chimney, played by Kenneth Choi, returning to the 118. However, Lucy Donato’s absence came as a surprise, even though she is not exactly a fan favorite. Arielle Kebbel plays the role of this former interim captain. The sweet trio of Gavin McHugh’s Christopher, Oliver Stark’s Buck, and Eddie are finally back on screen this season, and 9-1-1 fans cannot get enough.
Season 5 saw Maddie, played by Jennifer Love Hewitt, and Chim’s relationship hitting the rocks when following her struggles with post-partum depression, Maddie took off without a word, and the couple ultimately broke up. However, raising baby Jee-Yun together seems to be mending old wounds.

Athena, played by Angela Bassett, also the face of the show, and Bobby, played by Peter Krause, enjoy the waves on a cruise, while their daughter May played by Corrine Massiah, is experiencing College. Aisha Hinds’s Hen gets promoted to interim captain over Buck, promising a glimpse into their character arcs this season, especially after Buck bought himself a couch.

The sixth season of this fast-paced show is expected to air 18 episodes, giving the fans another season of satisfactory drama and intense life-or-death situations. 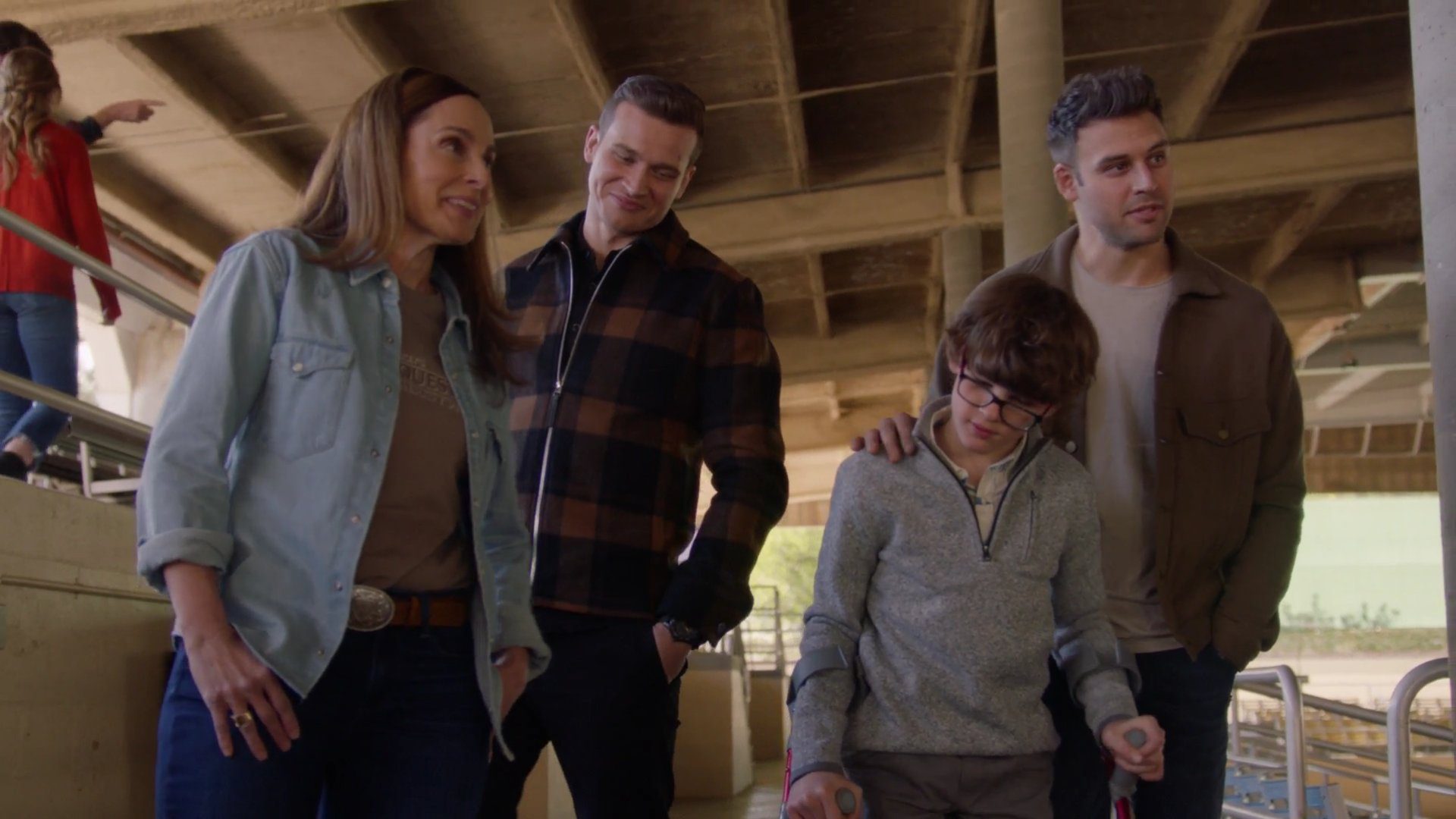 Viewers may stream the show on their phone via the Fox App or on their computer through the Fox website. Season 6 of 9-1-1 is also available to stream on Youtube TV, Fubo TV, and Hulu Plus, for which monthly subscription costs start from $6.99. However, the streaming giant allows the subscribers a 30-day free trial.

Only two episodes into the season, 9-1-1 looks primed for drama and adrenaline, and fans are eager to see what the future holds for their beloved heroes.