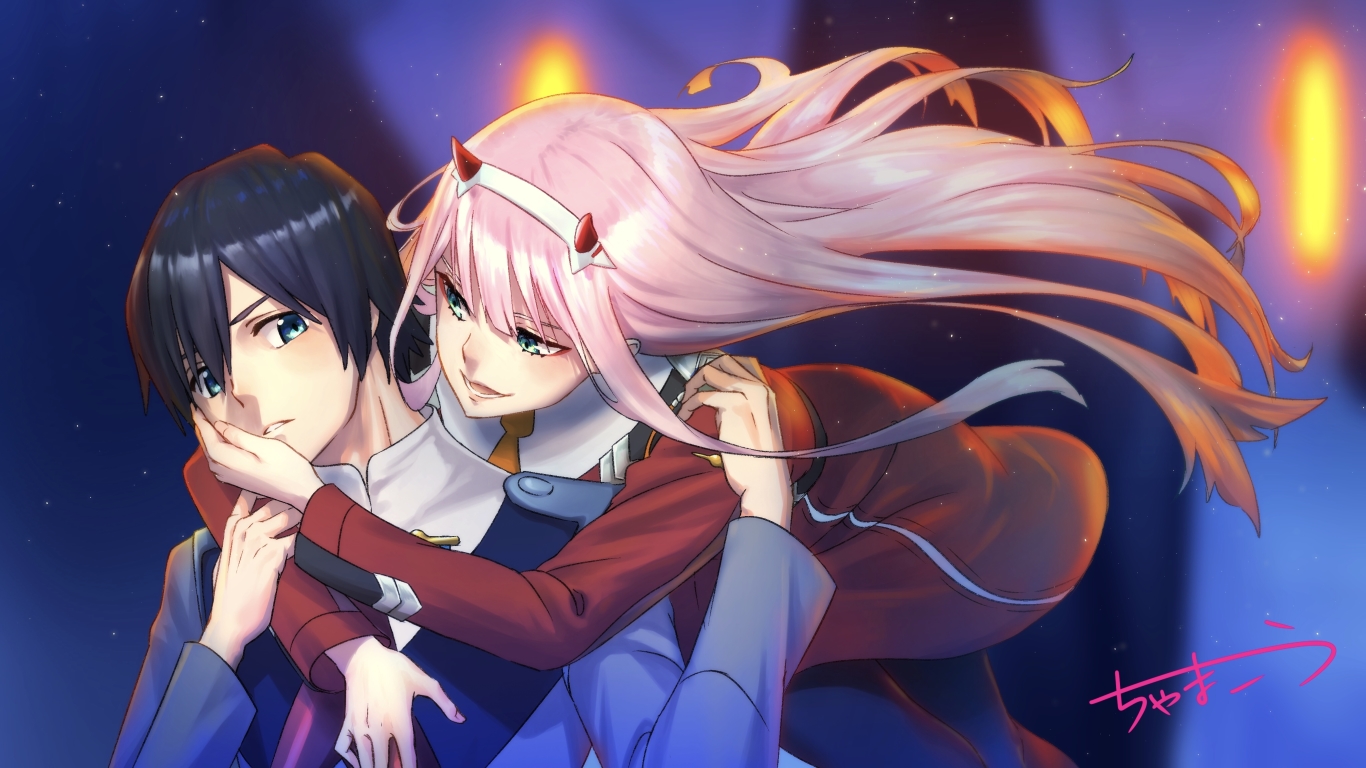 Darling in the Franxx

Though anime is notorious for its intense activity, romance is alive and well in many of our favorite shows and anime movies. Fans have long loved seeing marriages blossom as anime lovers come together gently and sweetly and with deep passion. If you’re trying to snuggle on the couch with some of the best romance stories in anime history, look no further.

Here’s our list of the most wonderful anime couples of all time.

1. Kaori And Kousei (Your Lie In April) 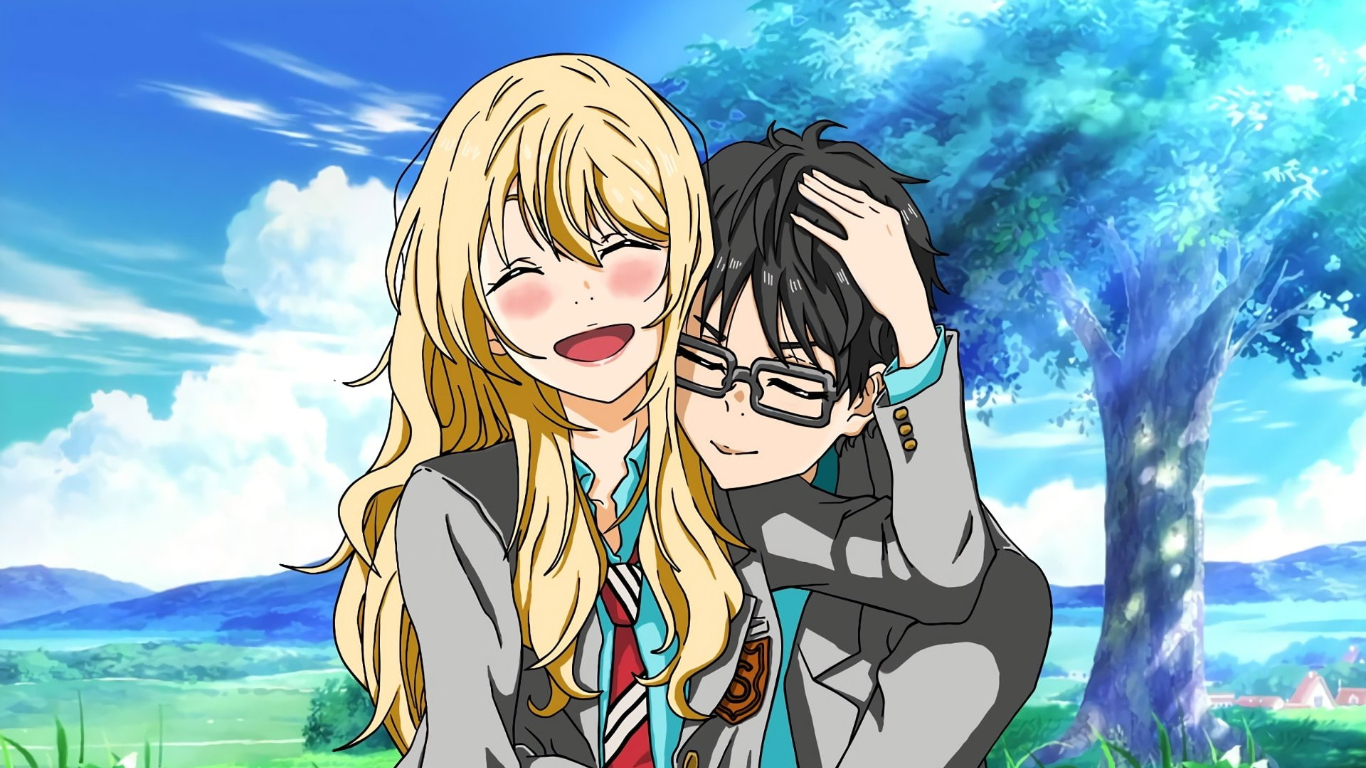 Kaori And Kousei From Your Lie In April

Although we don’t really see Kaori and Kousei being a true couple until the end of the season, the romance is definitely there. The story is very bittersweet with a conclusion that leaves everyone saddened. But the motivation between the two, and Kaori’s trying her best to make the most of the time they have together and help Kousei rediscover his passion for music, is everything we might ask for in our own relationships, so we definitely love to see it in this anime, even though it ripped our hearts at the end. 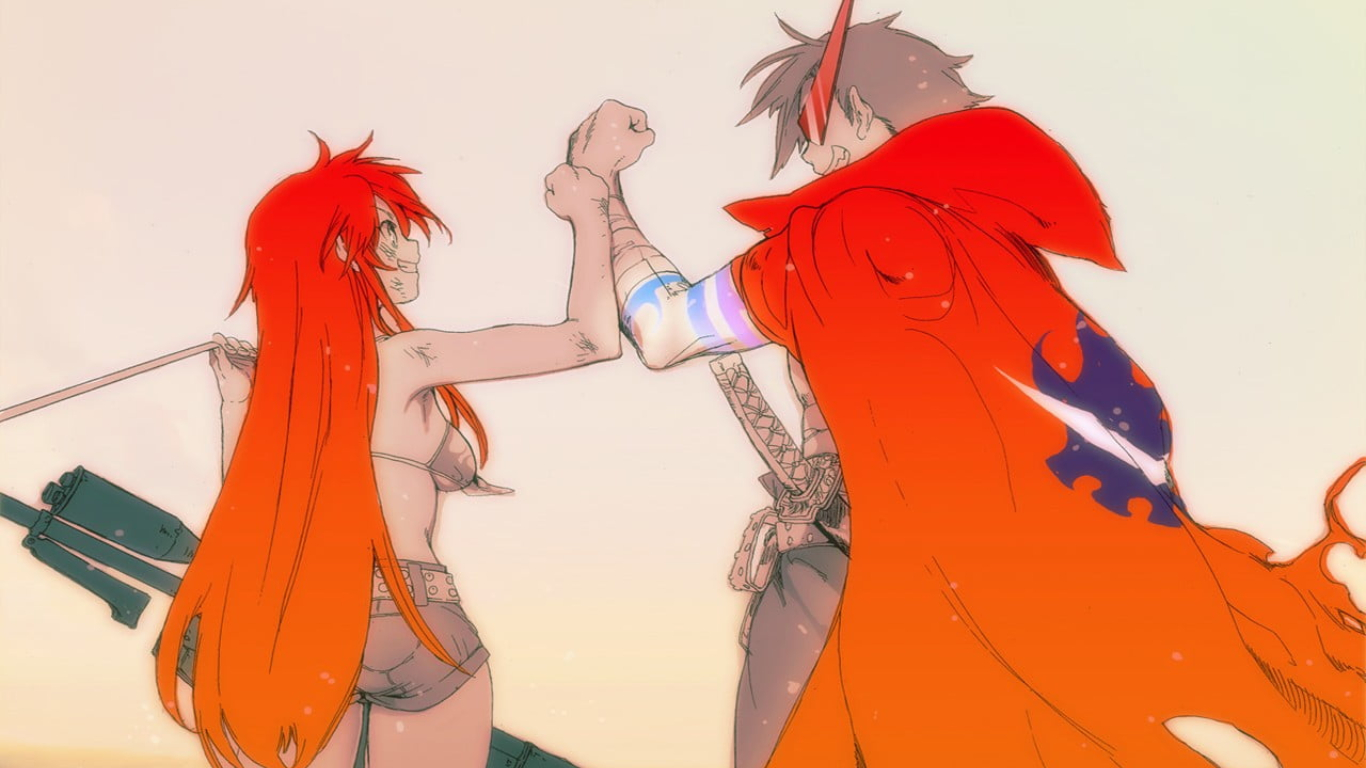 Gurren Lagann is considered a classic anime with well-written characters and an intriguing, insane world that begins underground. When Simon and Kamina set out from their village below the surface, they finally encountered Yoko, a sniper girl. Immediately drawn to her, Kamina, as a sort of playboy, immediately makes his moves much to Yoko’s dismay. However, as time goes by, the two grow true love and desire for each other, exchanging a kiss on the frontline. Their outgoing personalities complement each other, making them a great couple in the series. 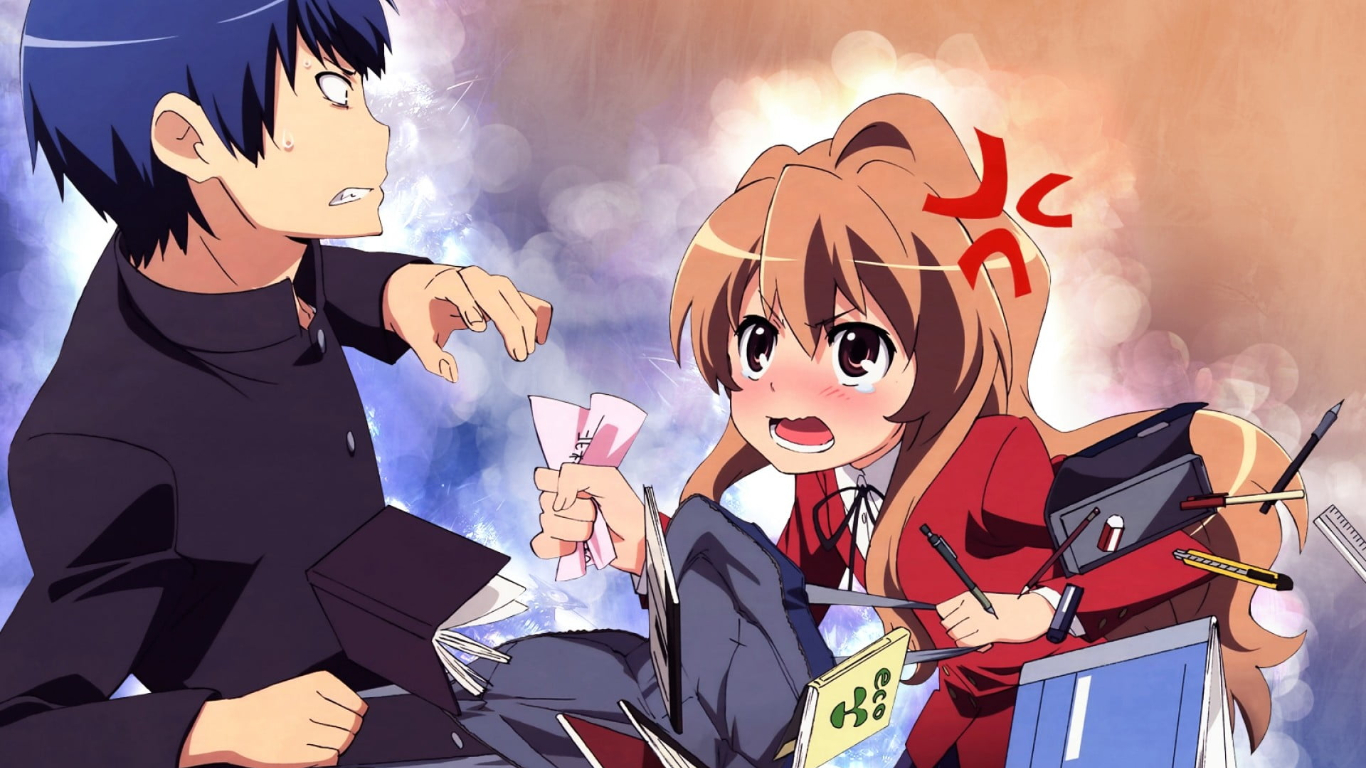 Ryuuji ‘s classmates are terrified of him because of his “tough-guy” mask, inherited from his Yakuza father, despite his friendly nature; Taiga is small and cute, but she bears a chip on her shoulder that contributes to her becoming regarded as the “Palmtop Tiger.” When the two discover that they live next door to each other and are crushed by each other’s friends, they develop an awkward friendship but end up falling in love with one and the other. They compliment each other well, and Ryuuji acts as a caregiver and nurse without being a hero or guardian. 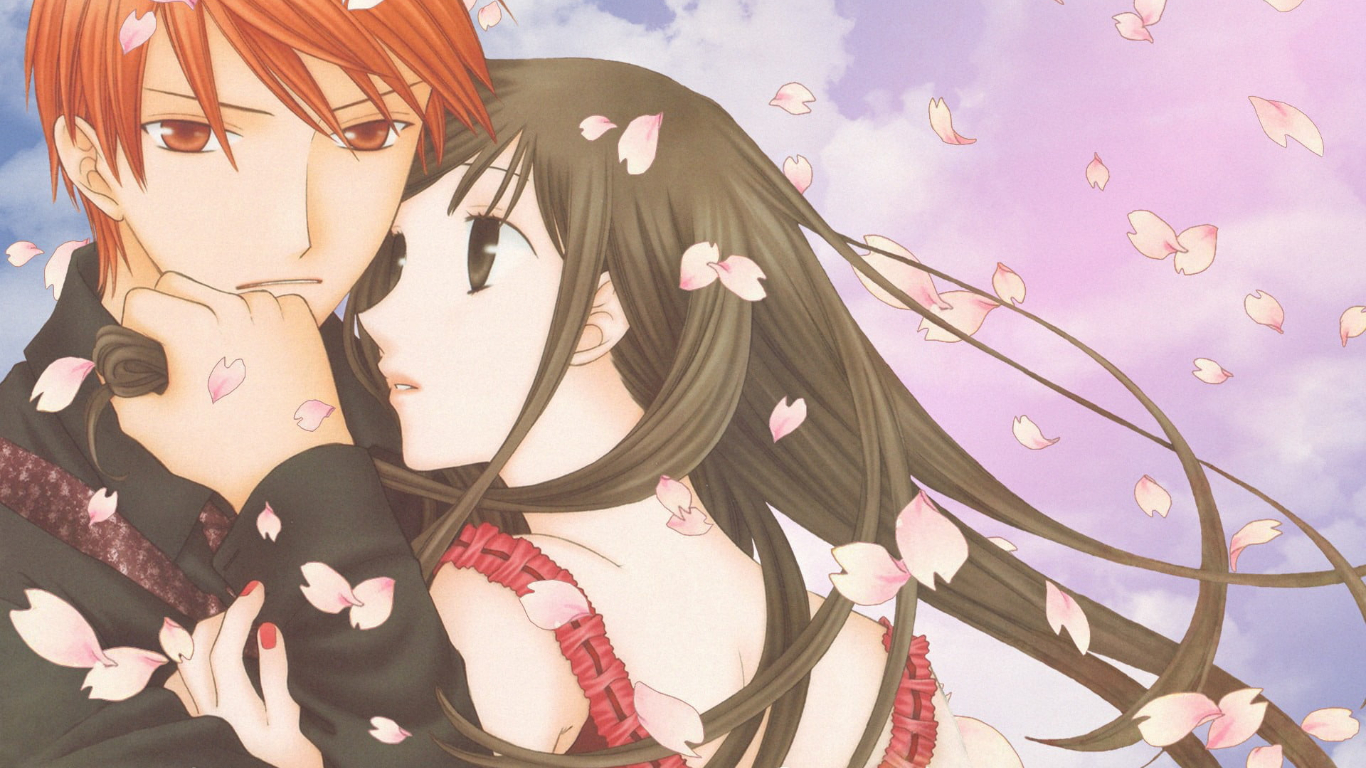 Tohru And Kyo From Fruits Basket

This could be cheating as Fruits Basket was re-launched in the 2010s after debuting in the late ‘ 90s, but we just love this couple too much. Their friendship is part of what makes the dream of the series so good, and we really enjoy misunderstandings and false beginnings of our relationship drama. The slow-burning of watching Kyo and Tohru confess their feelings to each other, first to themselves and then eventually, after an exhilarating wait, to each other, is just what we expect from our romance anime. 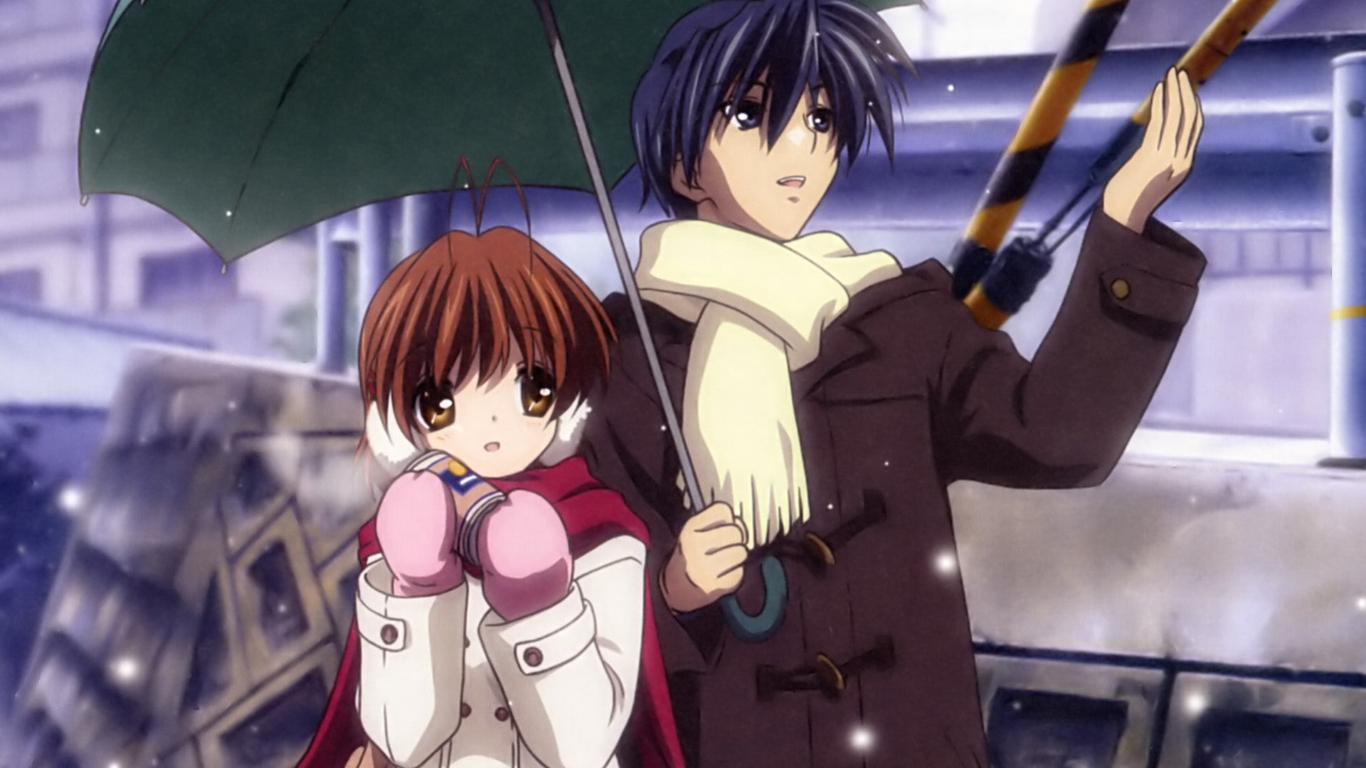 Some argue that Clannad has one of the best romantic stories of all time, making it a top contender for having one of the best romances in anime history. Meet Tomoya, a delinquent child with a poor perspective on life. He knows how to love family and friends during Clannad. When he encounters Nagisa, she shows him how to pursue love in life in spite of the past. She’s a beautiful, loving person who’s suffering from a mystery disease. She adds a lot of positivism to Tomoya’s life as he makes her feel more optimistic. Eventually, the two of them get married and even have a child. 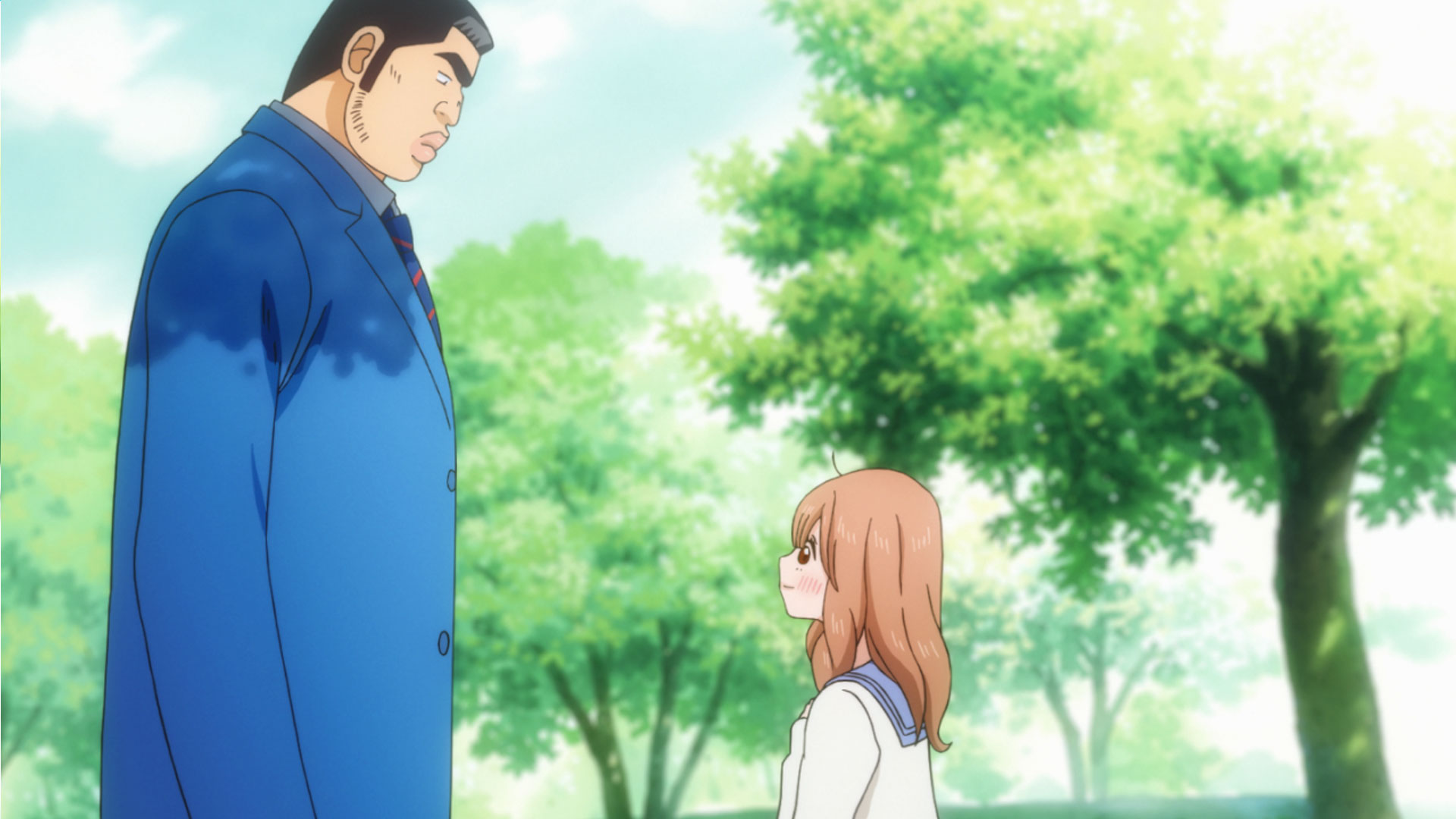 In several shoujo anime, male love interests are also seen as “beautiful babies,” catching the heroine’s attention. Shoujo is often typically told from the viewpoint of a woman falling in love. However, this is not always the case. In My Love Story, the main pair cracks the limits of an unconventionally sexy male lead with a huge heart. Gouda meets Yamato one day and immediately falls for a pretty little girl. Worried that she will fall for her mate, she ends up loving Gouda instead, making a perfect and refreshing love story. Both Gouda and Yamato are so in love with each other that they are almost sickly cute. Plus, the “bishounen” boy, a friend of Gouda’s, is such a brother and supports pairing.

7. Mikasa and Eren (Attack On Titan) 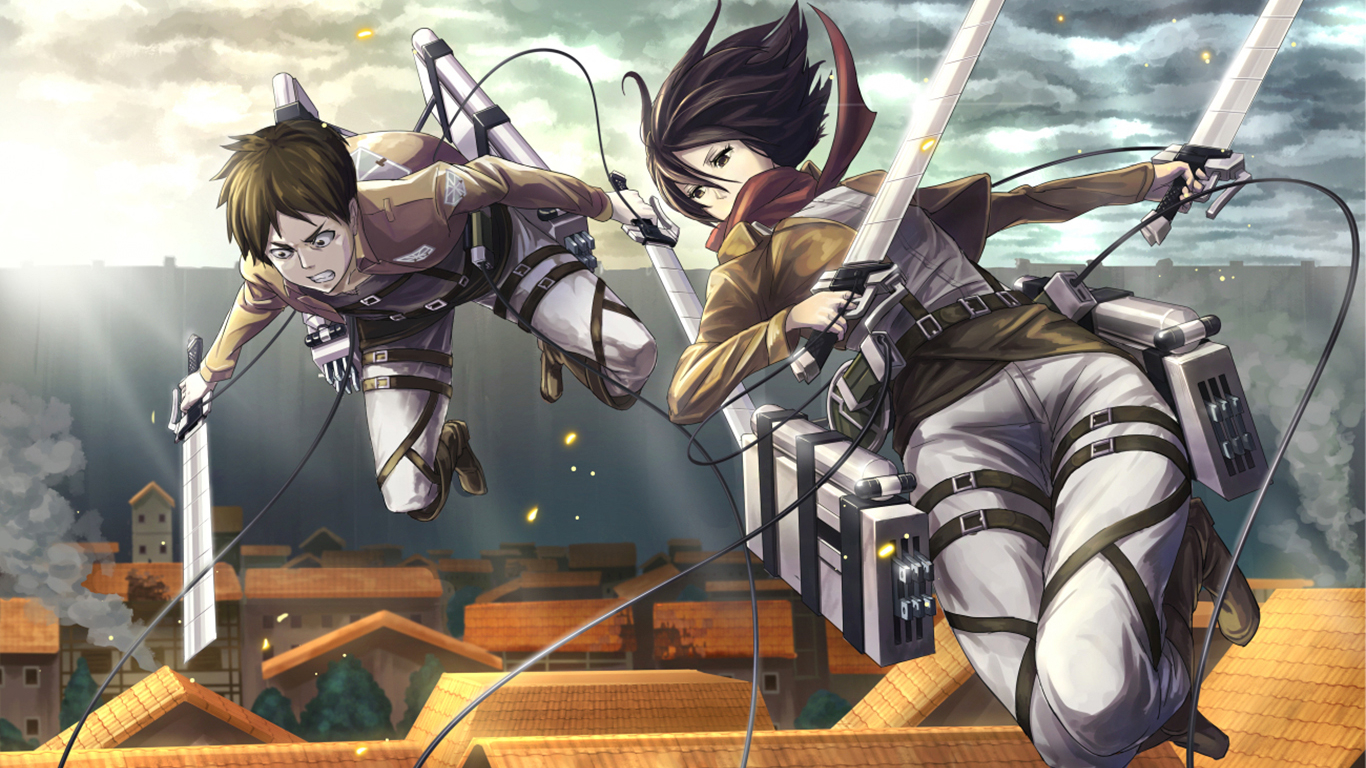 Mikasa and Eren (Attack On Titan)

Attack on Titan is an epic series that has had a major influence on the anime industry as well as the television world in general. It is only fitting that the lead characters are just as iconic. Take Mikasa, a young girl who has difficulty voicing her emotions, and Eren, a young boy who doesn’t seem to hold his mouth shut! Perhaps the distance between them is what makes these two such an adorable pair. Their bond is more like a parent and a child than a friend and a friend. However, in the series, viewers are able to see the passionate feelings that they have with each other. 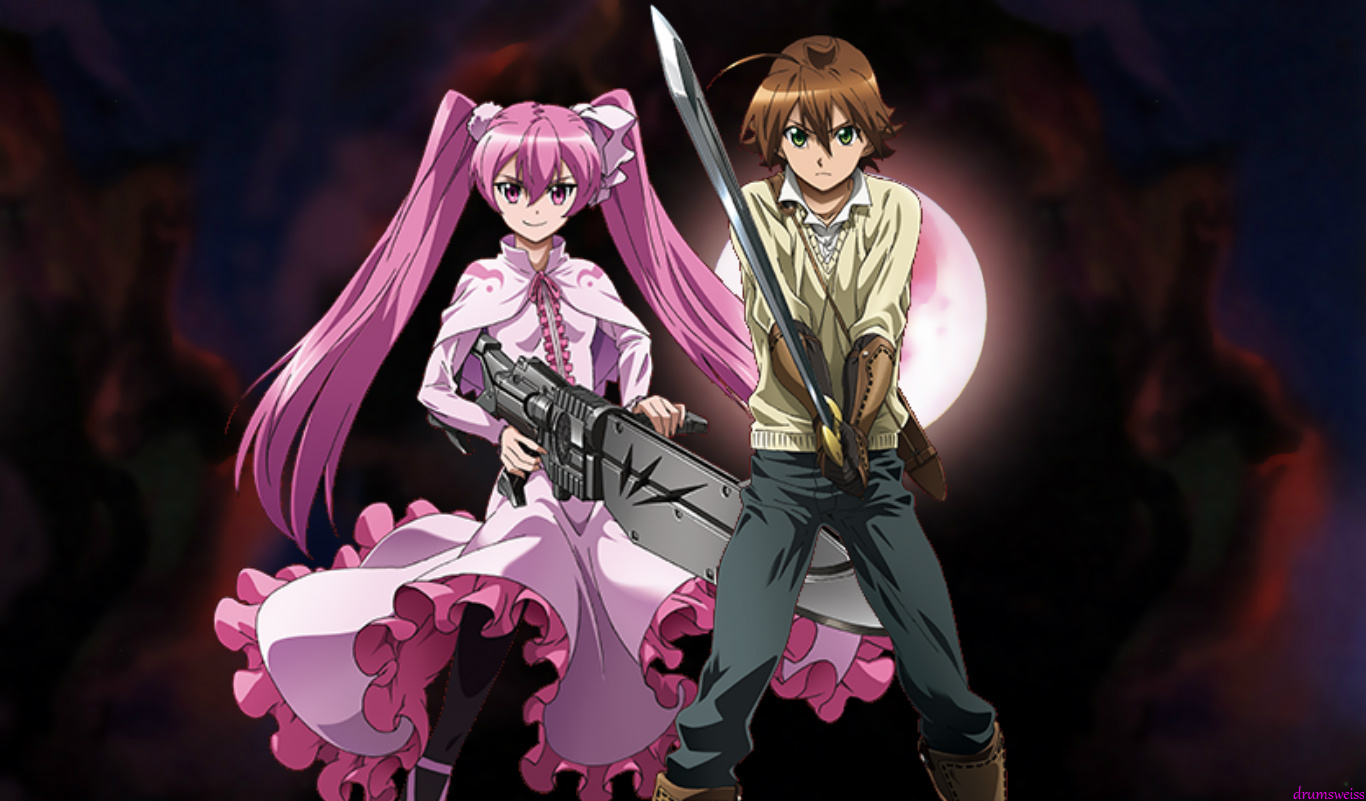 In the harsh world of Akame Ga Kill, there’s barely room for passion, but somehow it makes its way. This anime, also with its romances, is a rare shonen series. While many would expect the main character, Tatsumi, to fall to the other main character, Akame, events will transpire and Mine will come into the frame. Like several of her dark-haired peers from another anime, Mine starts off as hard and hard, and gradually warms up to the heroine. Although living as killers, all feel the immediate need to defend one another in the fights of Night Raid and beyond. Via Tatsumi, Mine shows a different side, and both share a beautiful friendship, even though all the tragedies that Night Raid is tearing apart.

9. Hiro And Zero Two (Darling In The Franxx) 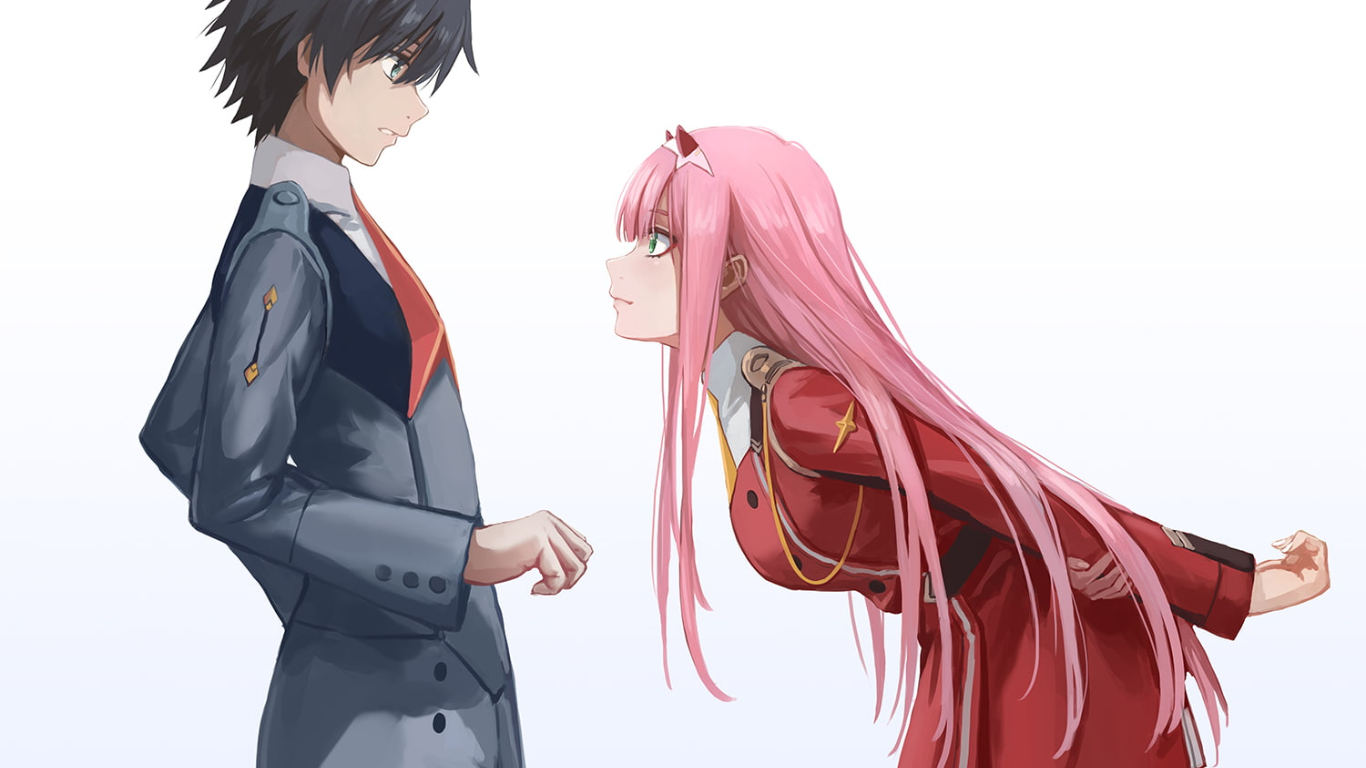 Hiro And Zero Two  (Darling In The Franxx)

Though the relationship between Hiro and Zero Two starts with a shaky start, Zero Two mainly uses it to accomplish her goal of finding her sweetheart, the young boy who was kind to her when she was a girl, their fairytale romance wins us over pretty easily. Hiro turns out to be the boy she’s been waiting for, and the two of them are struggling through the traumas of their youth. There are wallpapers on the internet all over the place that display it. And not to mention – Darling In The Franxx is incredibly successful, considering the divisive end and the anime in general. 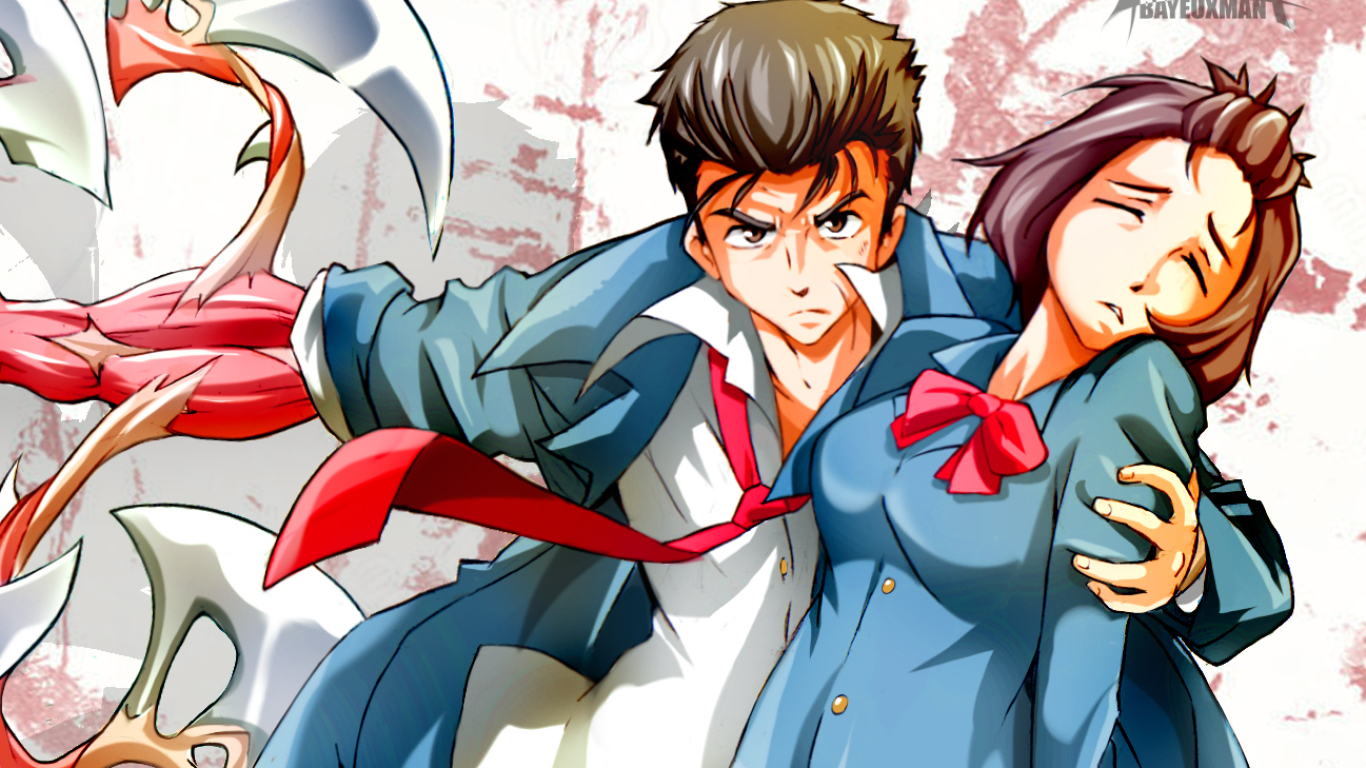 There is still time for romance in the sickening, disturbing world of Parasyte. Shinichi, a quiet high school boy, finds himself in his left hand with an alien parasite. In Japan, there are many incidences of viruses that overtake humans and then attack them (including gore), and Shinichi has the same thing happening to him but is capable of controlling his brain. Throughout his path, he finds faith in himself and falls to a classmate. While Satomi had already crushed him, she watched him transform and look less and less like a human being. Constantly defending her, all of them get together and understand what it is to be human. They’re all with each other, right at the end.

11. Holo and Lawrence (Spice and Wolf) 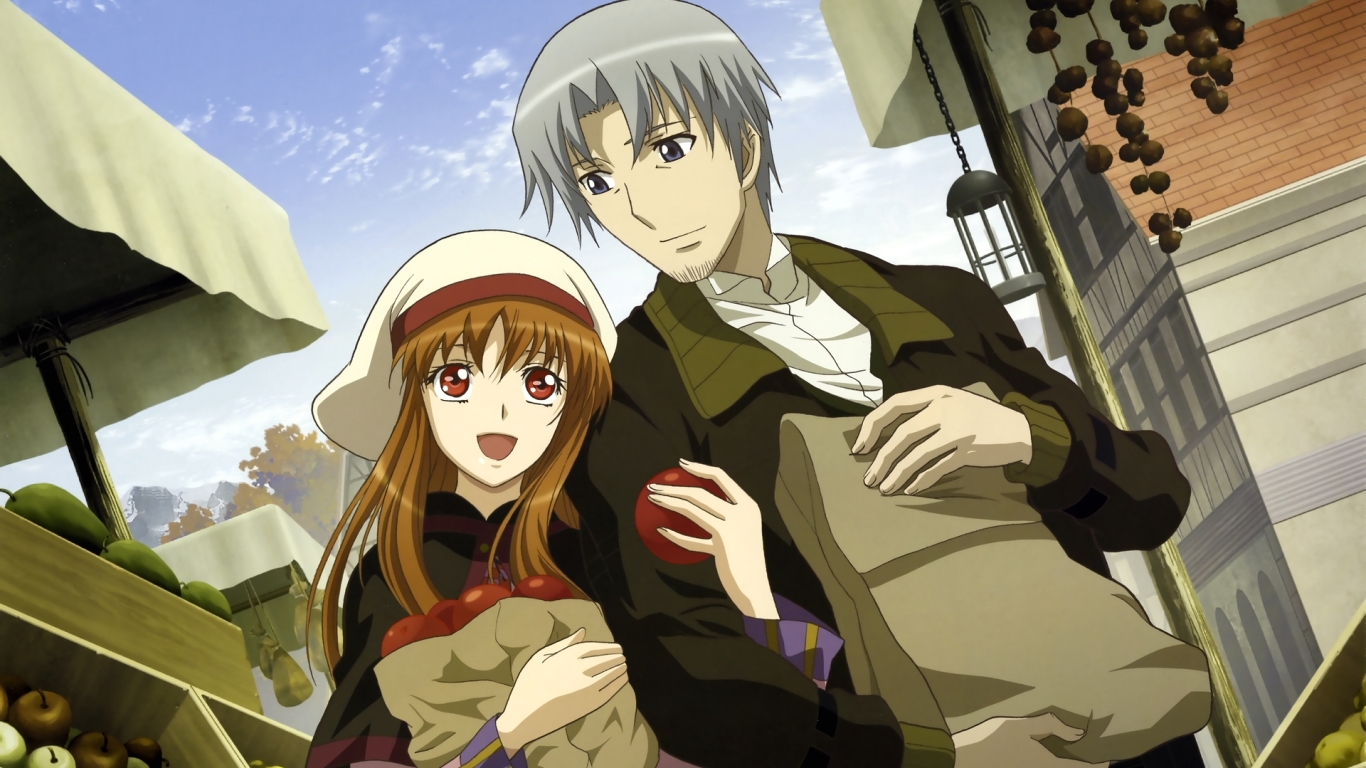 Holo is no average person, she is a god of the wolves, and even in her human form, she has fox-like ears and a tail, bushy tail. When she finds herself no longer wanted in her native village, she joins Lawrence, who is a traveling merchant and a business genius. Right from the outset, you can sense the romance growing between the two of them. Holo flirts all the time, making Lawrence-who ‘s not very nice around women-feel insecure. Bit by bit, their friendship is growing, and they are starting to appreciate and trust each other more and more. But, of course, nothing in life is simple, and both of them have to make some pretty big choices. Holo’s god-like status makes their life more complex than Lawrence’s reasoning about business. But this cute pair with an anime.

12. Shirayuki and Zen Wistalia (Snow White with the Red Hair) 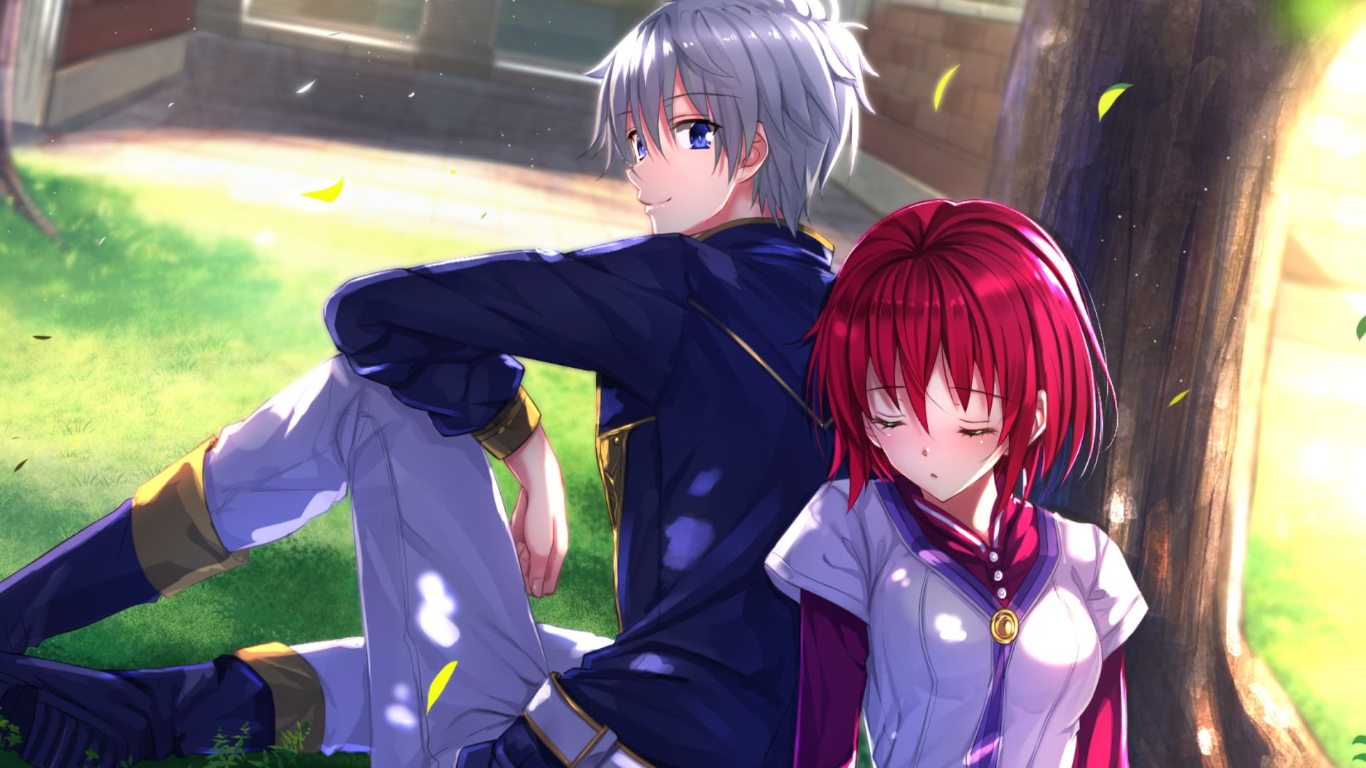 If high school isn’t your scene, this pair may just fit your fancy. It’s got the usual fairy tale atmosphere where the male protagonist is the prince. Yet female lead isn’t yet a girl with daddy problems. Rather, she is a herbalist with her own ambitions and expectations. And the prince is not a blank canvas with a strong bank condition. Really, he’s quite the person you can talk to (OK no more poems). And if the characters are interesting on their own, they get much better as a couple. You might tell that the show just dwarfed the competition … I’m sad I had to get it out of my mind. 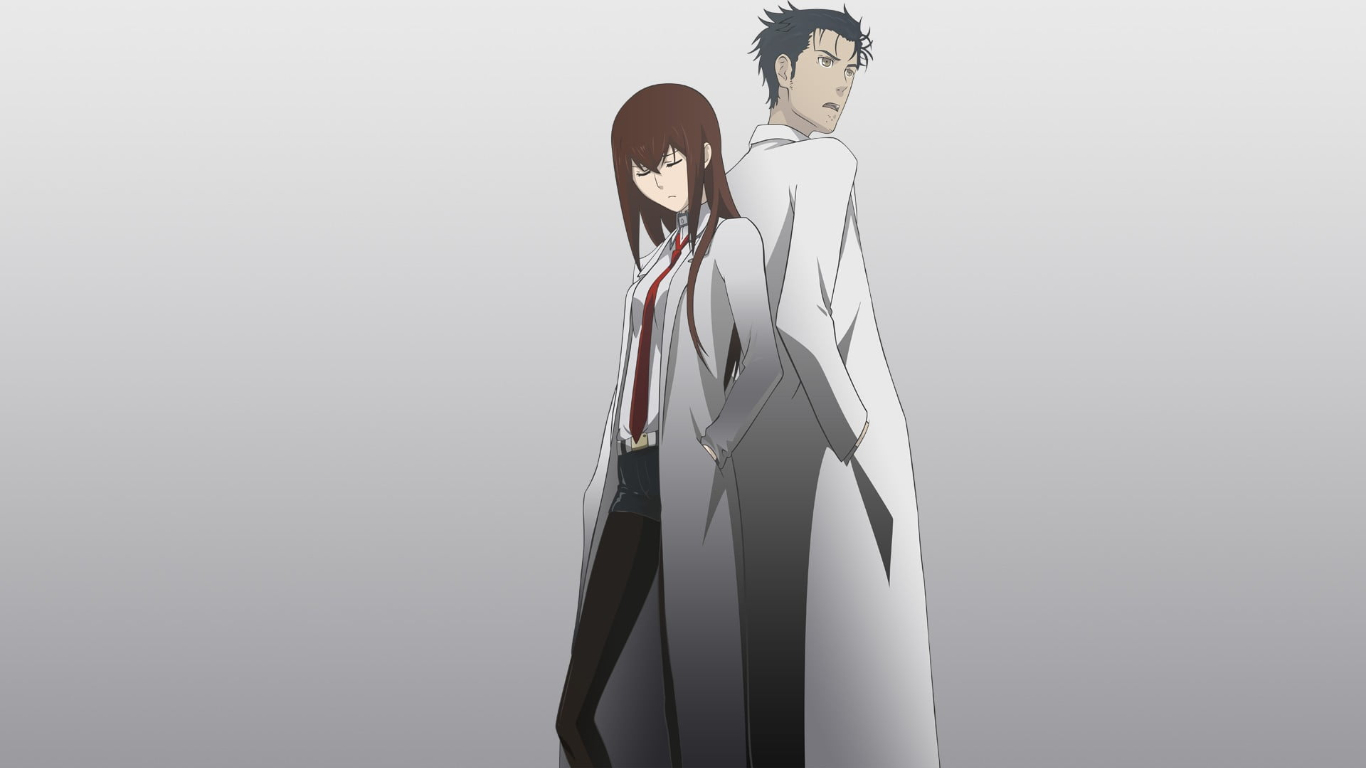 It’s no joke that the show is as big as Steins; Gate will deliver one of the best couples in anime. This is because, individually, the actors are almost as good as they are. So when the partnership began to get some clues, it was like the second coming of Cupid Jesus. It isn’t in your face, and it isn’t instant. And like a good wine, it’s only going to get better with every episode (or movie). The icing on top was Christina’s rendition of the mad scientist. It was so incredibly touching, and it just revealed how close the two of them had gotten. 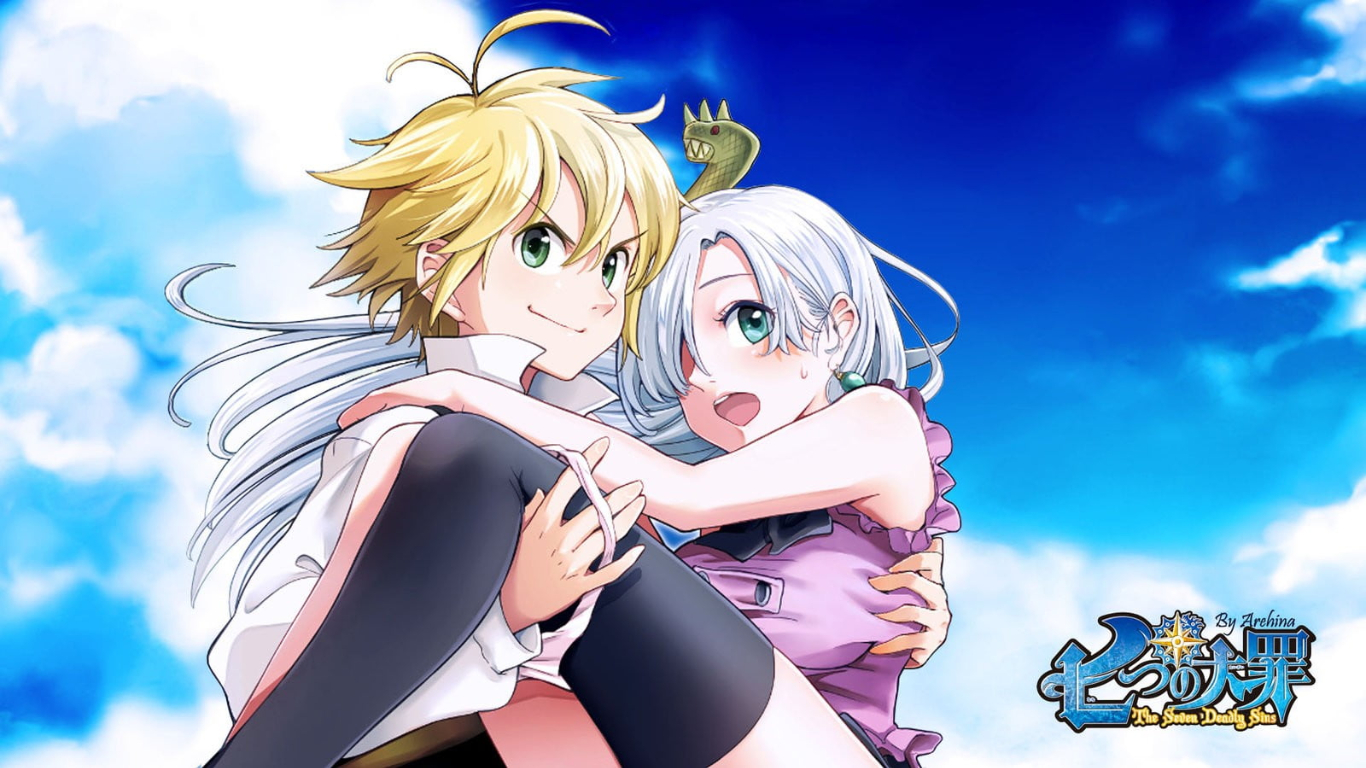 The two of them took the idea of “tragic lovers” and took it to such a crazy degree. They’re both cursed to get you up to speed. Elizabeth has to die and reincarnate endlessly without her memory, while Meliod has to live on and fall in love with her every time. But even when Elizabeth returns to her memories, her love is still so powerful, without a single pressure on her heart after all this tragedy. So if you think long-distance relationships are difficult, you can only guess what it’s like for these two cursed lovers. 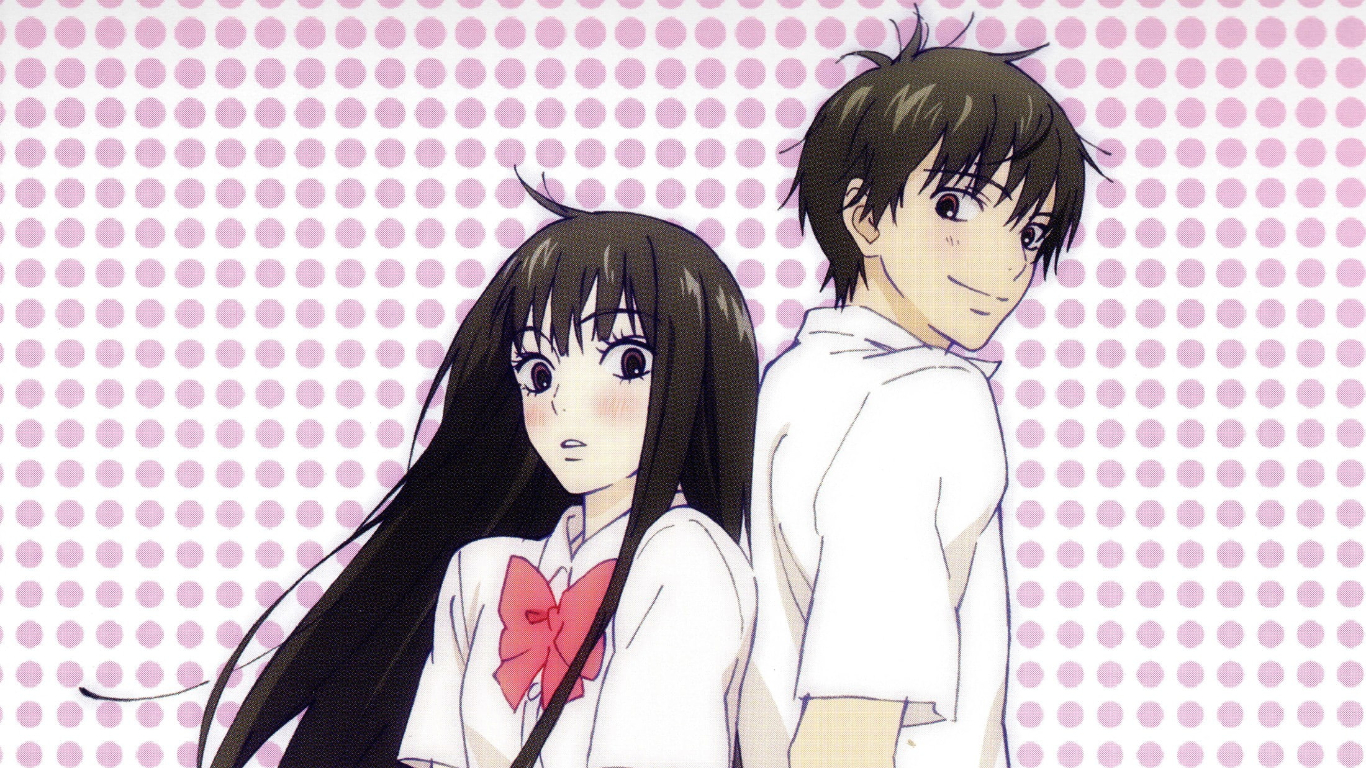 Feared for her presence, analogous to the horror film equivalent (The Ring), Sawako scares her classmates. They still claim that she can interact with the spirits and the dead, earning her a reputation. Yet she has a meeting with her hero, a school boy named Kazehaya. After he starts to speak to him, everything changes, and he starts to find more faith in himself and to fall in love. Together, they conquer all of the hurdles in their path. 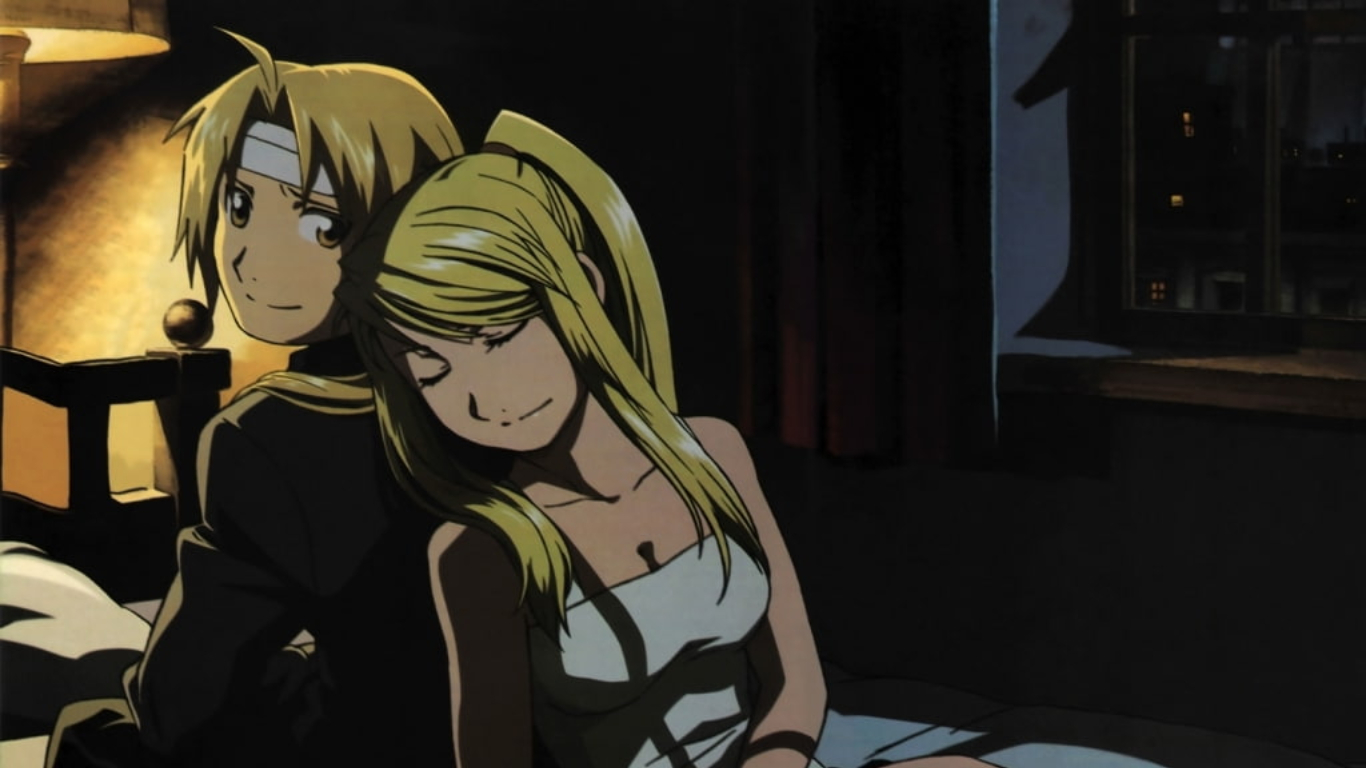 In the serious world of Full Metal Alchemist, romance can still blossom, particularly on Ed’s long journey. After a disastrous transmutation crash, Edward Elric, an inexperienced alchemist, chose to wander the globe to become a master of alchemy. Winry Rockbell, a mechanic with a huge heart, was always there to support Ed, even to make an artificial arm for him when he lost it in childhood. She’s still there to support him, as he’s here to support her, making them an ideal pairing. Throughout the long sequence, their feelings for each other blossom and finally lead to a proposal. It’s just an “equivalent swap.

17. Yuta and Rikka (Love, Chuunibyou, and Other Delusions) 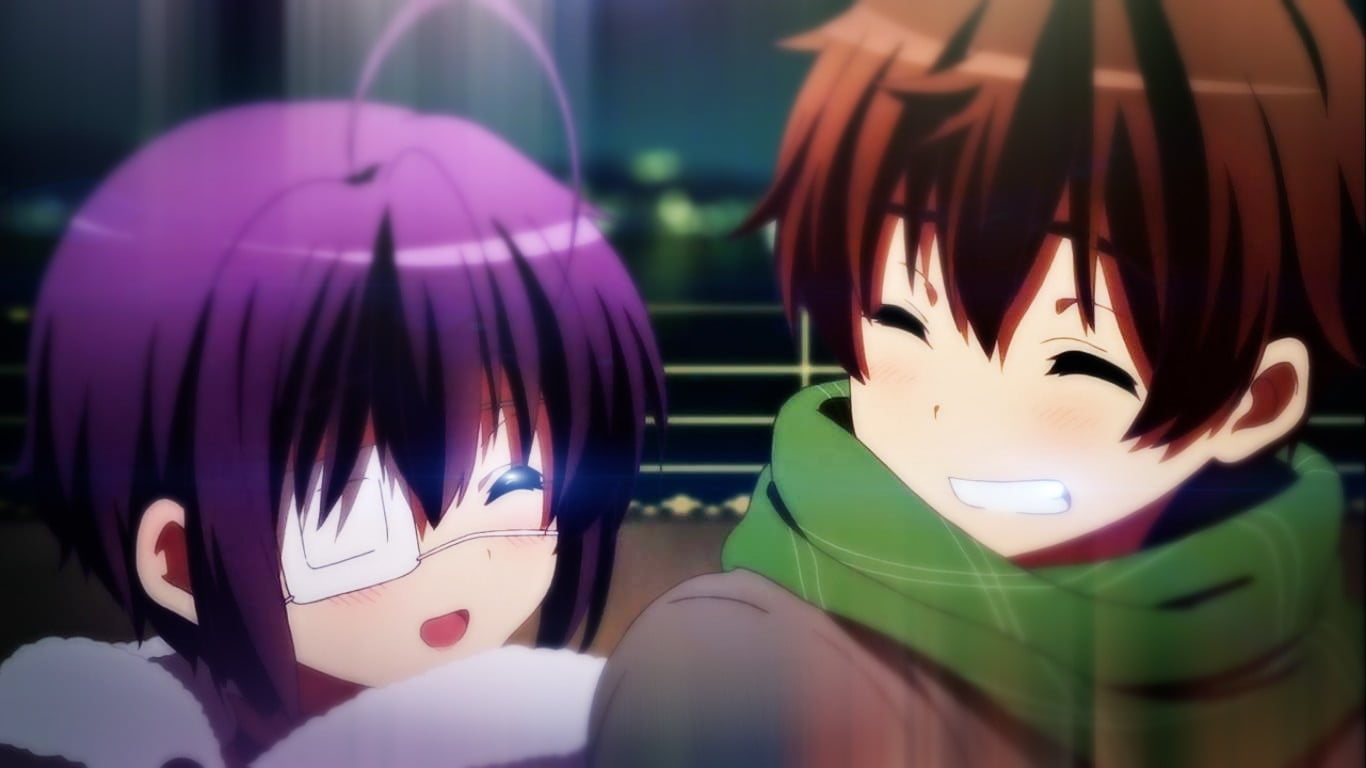 Yuta and Rikka (Love, Chuunibyou, and Other Delusions)

Although day-to-day life can be fulfilling, fleeing the real world with dreams and visions can make it much better. In Japan, Chuunibyo refers to those who are living a dream life in their imagination, believing to be the imaginary character of their choice. Yuta, the protagonist, suffers from these illusions but is humiliated by his experience. Starting again, the high school continues with an open mind. But then he comes across a girl who reminds him of his former selves, experiencing fantasies of her own. She becomes interested in the history that he tried to stay away from, thereby launching a new love tale. Although “delusions” sound dumb, they really put the characters closer together and expose pieces of their history. Yuta and Rikka are bonding about their shared strangeness and self-discovery, making them a perfect romantic pairing.