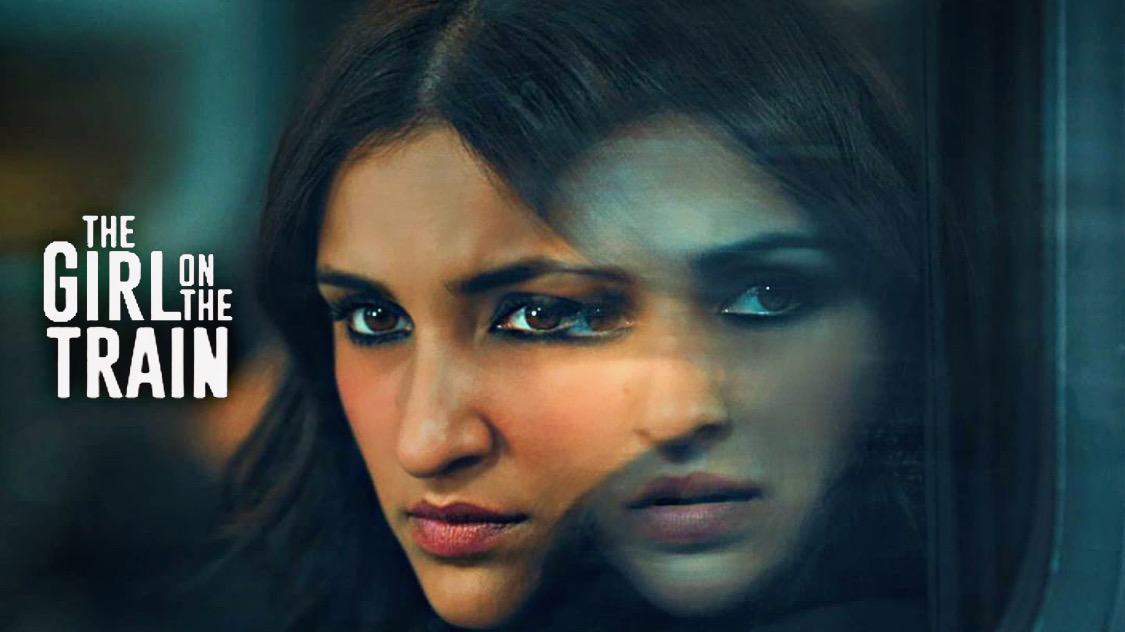 Netflix has finally dropped the official trailer of one of its most anticipated 2021 Indian films titled The Girl On The Train. The film lies in the murder mystery genre and is an official adaptation of Paula Hawkins’ bestselling book by the same name. The story has previously been adapted in Hollywood, where Emily Blunt played the lead role. So let’s break down the trailer so that we get a pretty clear idea of what it actually revolves around. 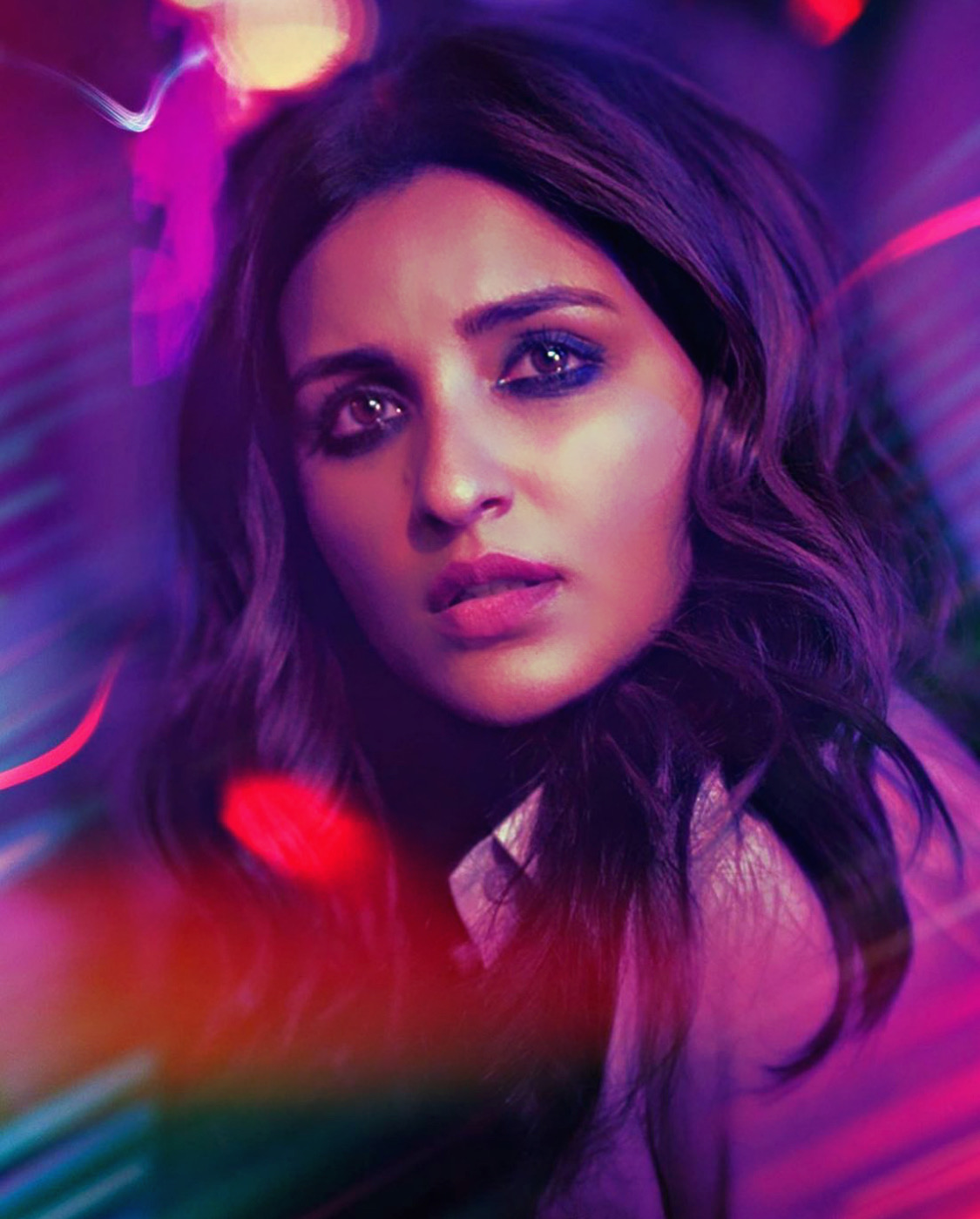 The trailer opens by introducing us to the main character Meera Kapoor who travels by train every day, taking the same route. While she’s traveling, she looks at a woman, Nusrat, and admires her for the kind of life she has. A husband who loves her and is willing to stay by her side. It takes her back into the flashbacks where once she used to be like her. She was married, had a husband who loved her, and the two were willing to have their own children. But now, her life has dragged her into a dark place where she can only dream of such a life.

Meera is a lawyer who has suffered a lot in the past. She is a victim of a broken marriage and currently suffers from short-term amnesia. To overcome the loneliness she is surrounded with, she fixates on the lives of a happy couple she sees every day through the window of her passenger seat. While she is remembering about the life she had with the love of her life, we get a glimpse of a car accident the two suffered. This may be hinting that she lost her marriage due to that accident as she eventually got amnesiac.

Moments before the car accident

Whenever she sees Nusrat and the happy life she’s living, it makes her feel uncomfortable. She is unsure of what she’s feeling. Is it jealousy, self-pity, or desire that’s brewing in her heart? We then see her chasing the same woman in the woods, but that all blacks out, and she is seen waking up in her own room, wounded on her head. Meera is unaware of how she got back home and what accounted for the wound she has got. She is soon groped in a murder investigation and seen as a suspect by the police. Nusrat’s body has been found by them in the Greenwich forest, and they’re looking for the killer. They have found Meera’s identity card too in the same place, and that has made them draw their attention towards her.

They come to know that Meera has amnesia and that she can’t remember anything that has happened in the past days. The condition restricts her from creating new memories. It is soon discovered that she got down at Greenwich station at 6:00 pm, and by 6:30 pm, she was standing outside Nusrat’s house, and by 11:00 pm, she is back at her own home. 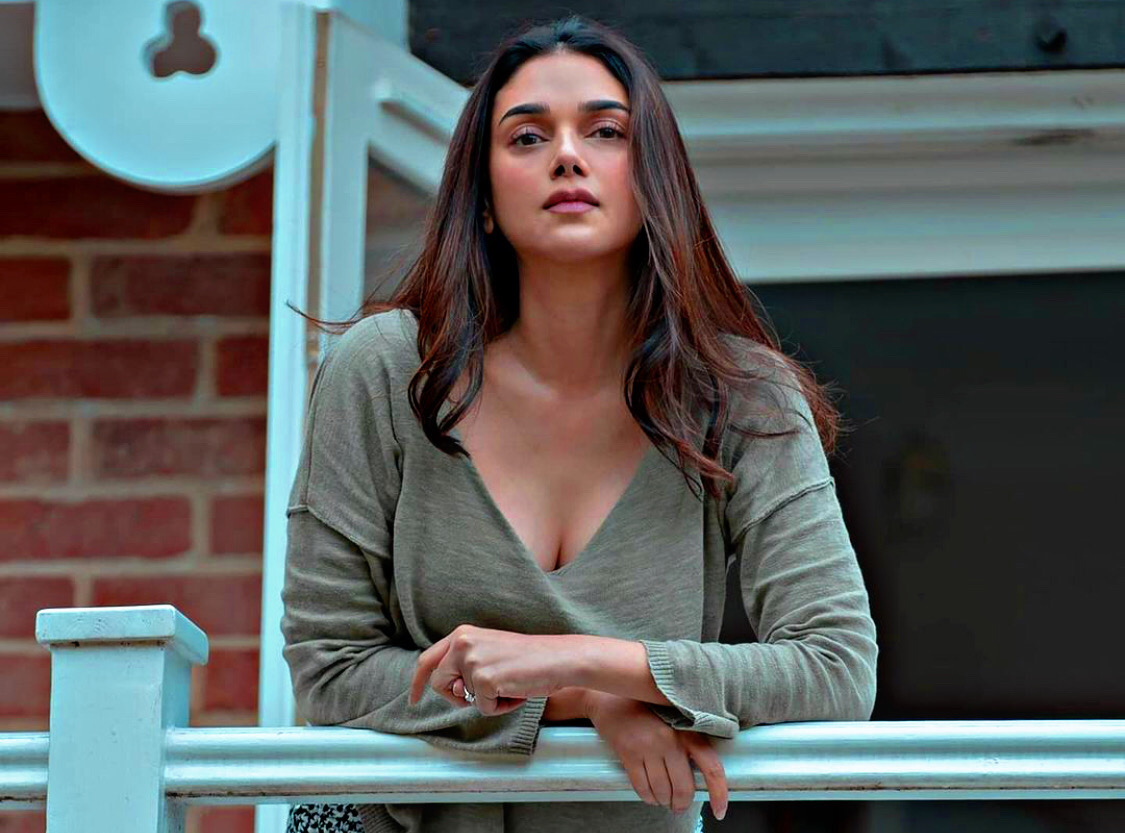 While the investigation and interrogation process begins, Meera accepts the fact that she has no motive to attempt murder. We then see glimpses of Nusrat and her life while she was alive. Her life wasn’t what we thought it was, and her marriage wasn’t how we saw it. She is seen struggling to free herself from her husband’s groping. She, however, manages to free herself, but her husband says, “One day, I’m going to kill you.” Now that’s a bit of a shocker. The investigation is on, and while everything is going on around her, she gets glimpses of that night and becomes restless. She feels that a part of the time that belongs to her past has been taken away, and now she wants to snatch it back. Meera wants to remember that night, the night Nusrat was dragged to death. She gets involved in a ruthless crime investigation and taken it upon herself to unravel the truth that caused Nusrat’s death. 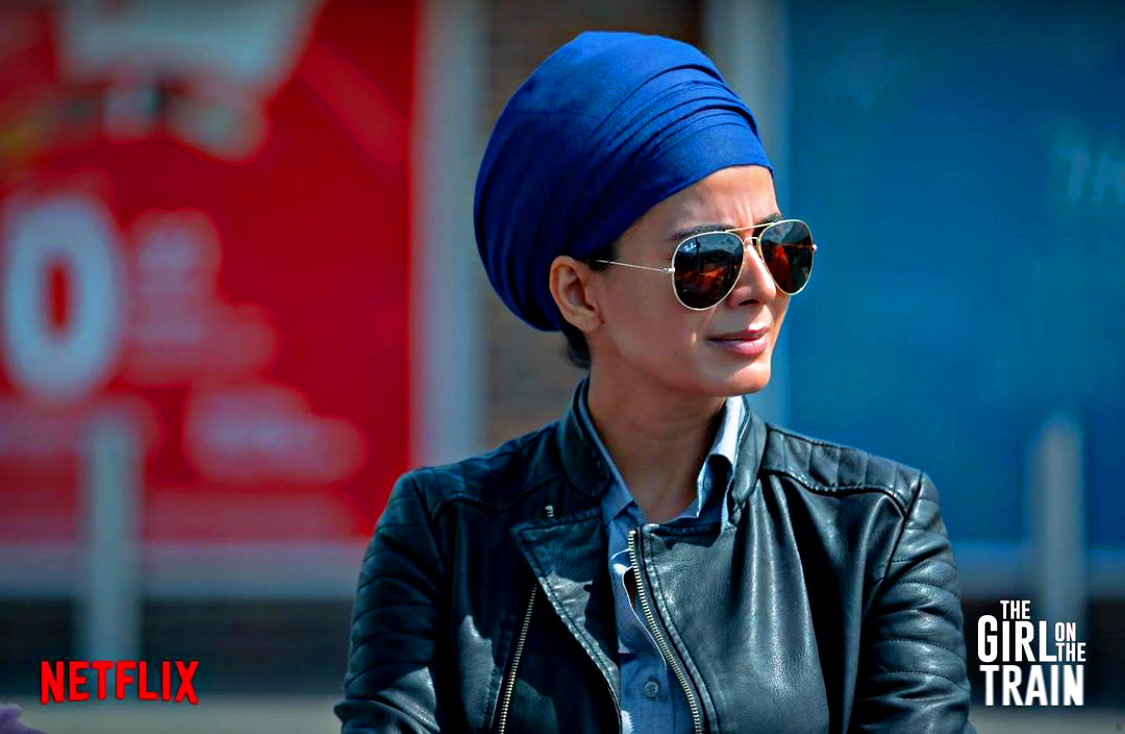 Kirti Kulhari as the investigating officer

2016 Adaptation: The Girl On The Train

The 2021 film, however, will add some uniqueness of its own that might make some differences in it from the plot perspective. In the 2016’s adaptation, the protagonist, Rachel’s husband Tom, was seen dating and living with another woman, Anna. That made her jealous and insecure about her present life. She had initially become depressed about her infertility and became an alcoholic, which resulted in destructive behavior and continuous blackouts. One day she eventually made a scene at a barbecue hosted by Tom’s boss, and that made him lose his job. Tom, being fed up with the behavioral changes she has been suffering, puts an end to their relationship and moves on. Rachel takes a train every day and fixates on the new life Tom is living, along with his neighbors Scott and Megan. One day Rachel sees Megan kissing a stranger and reaches out to confront her, but hours later wake up in her own room, covered in blood. 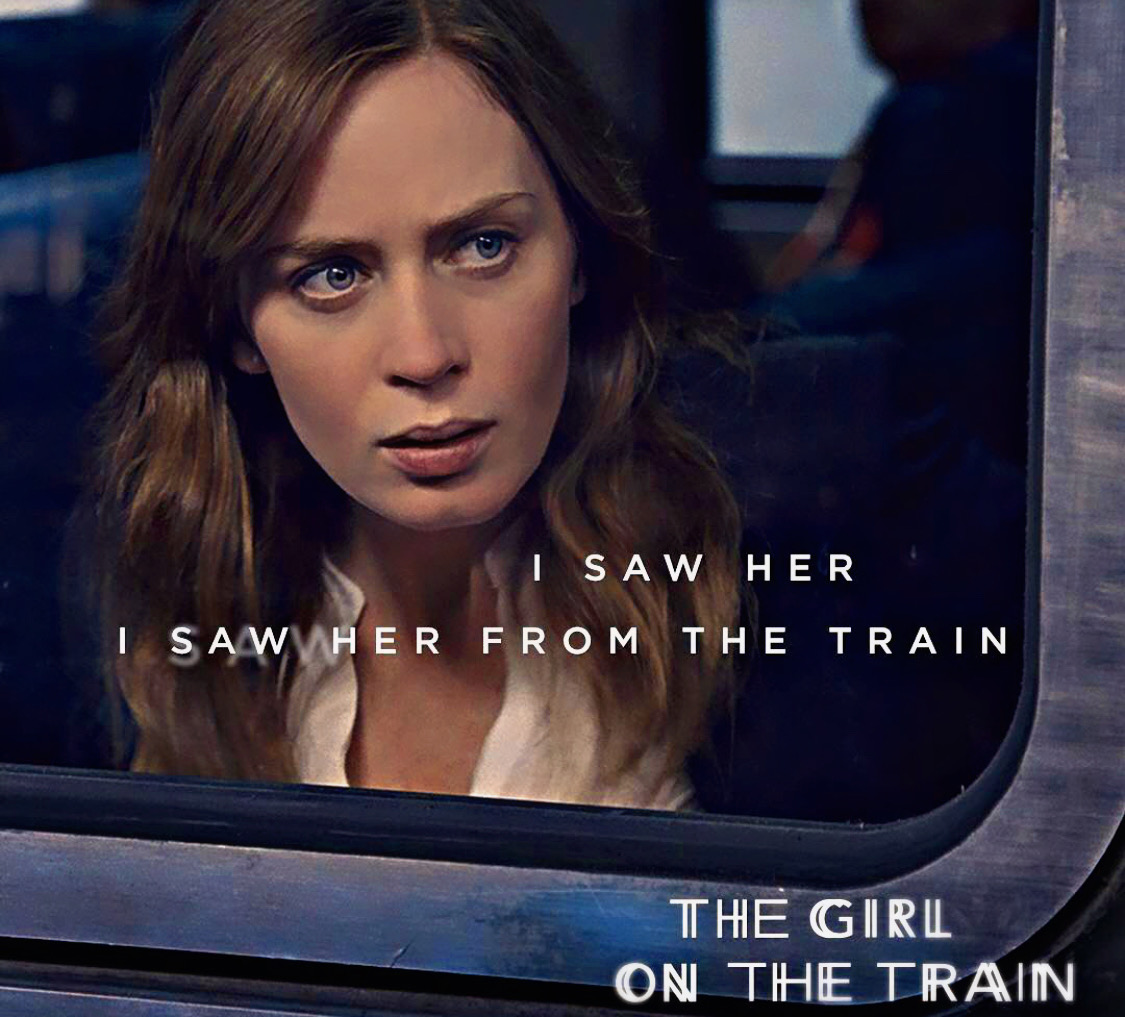 She later discovers Megan is missing, and she is questioned because she was seen in the vicinity the day Megan went missing. She soon comes to know that the stranger Megan was kissing was her psychiatrist, Dr. Kamal Adbic. In the whole process of questioning the doctor, Scott is seen as the suspect when Dr. Kamal reveals that Megan was a victim of emotional abuse and that Scott might have killed his wife. Several tests also prove that Megan but pregnant, and neither Kamal nor Scott was the father of her baby. He soon is freed from suspicion when a CCTV camera proves that he was in a bar the day Megan went missing and was killed. Rachel comes across Martha, the wife of Tom’s former boss. Rachel apologies for her conduct at the barbecue and how she reacted and insulted her. Martha says she did nothing wrong and reveals that Tom was fired for being physically involved with his co-workers. It makes Rachel realize that Tom planted false memories in her mind while she was intoxicated and was also violent towards her while she laid unconscious.

Anna soon suspects Tom of cheating on her and finds a hidden phone in their house, Megan’s phone. Rachel becomes sober and remembers seeing Megan meeting Tom on the day of her disappearance. Tom even hit her when she tried to confront them. She realizes that Tom killed Megan when she refused to abort the baby, and eventually warns Anna. The two soon get united and come up with a plan. Tom comes home, and when he finds Rachel, he ties her up and hits her, while Anna pretends to support him. She becomes conscious, and the two soon catch hold of him and kill him together. When interrogated about the death, the two women come up with identical stories where they killed him in self-defense after he accepted that he was the one who killed Megan.

Here in the 2021 version, we don’t see Meera’s husband getting along with any other woman. He is seen being a victim of an accident and makes his presence only in her flashbacks. The woman who goes missing might be the one who plays Megan, and maybe Meera’s husband has played with her memory, just as Tom did to Rachel. Maybe Meera’s husband has cheated on her, and in the whole process of leaving her, he attempts to lay all the blame on her mental condition. The possibility of this happening is not solid, but as per the assumptions, it can’t be neglected. And this makes us more curious about the movie and the storyline it has to offer. 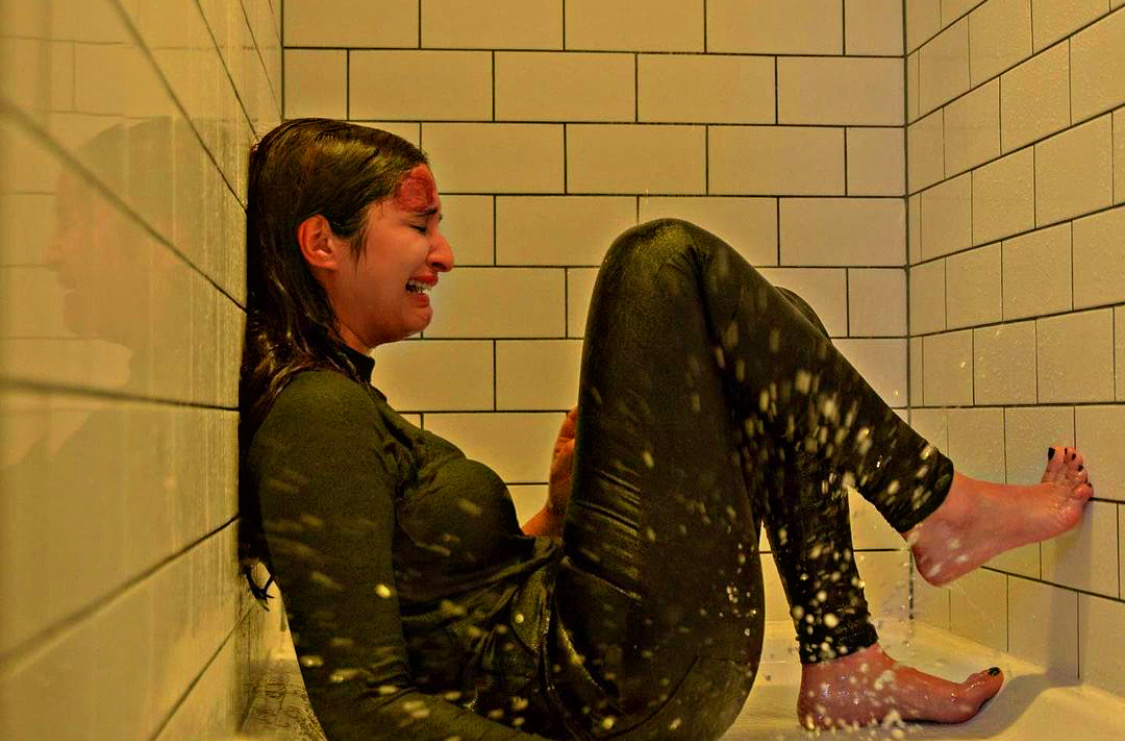 Directed by Ribhu Dasgupta, the film stars Parineeti Chopra in the central role of Meera Kapoor, alongside Avinash Tiwary, who plays her husband. The character of Nusrat is portrayed by Aditi Rao Hydari and the role of the investigation officer by Kirti Kulhari. As per the reports, the film will also feature Sammy Jonas Heaney, Nisha Aaliya, Vatsal Sheth, Ishita Dutta, and various others in pivotal roles. Produced under the banner of Reliance Entertainment, the film is scheduled to start streaming on Netflix on 26 February 2021. 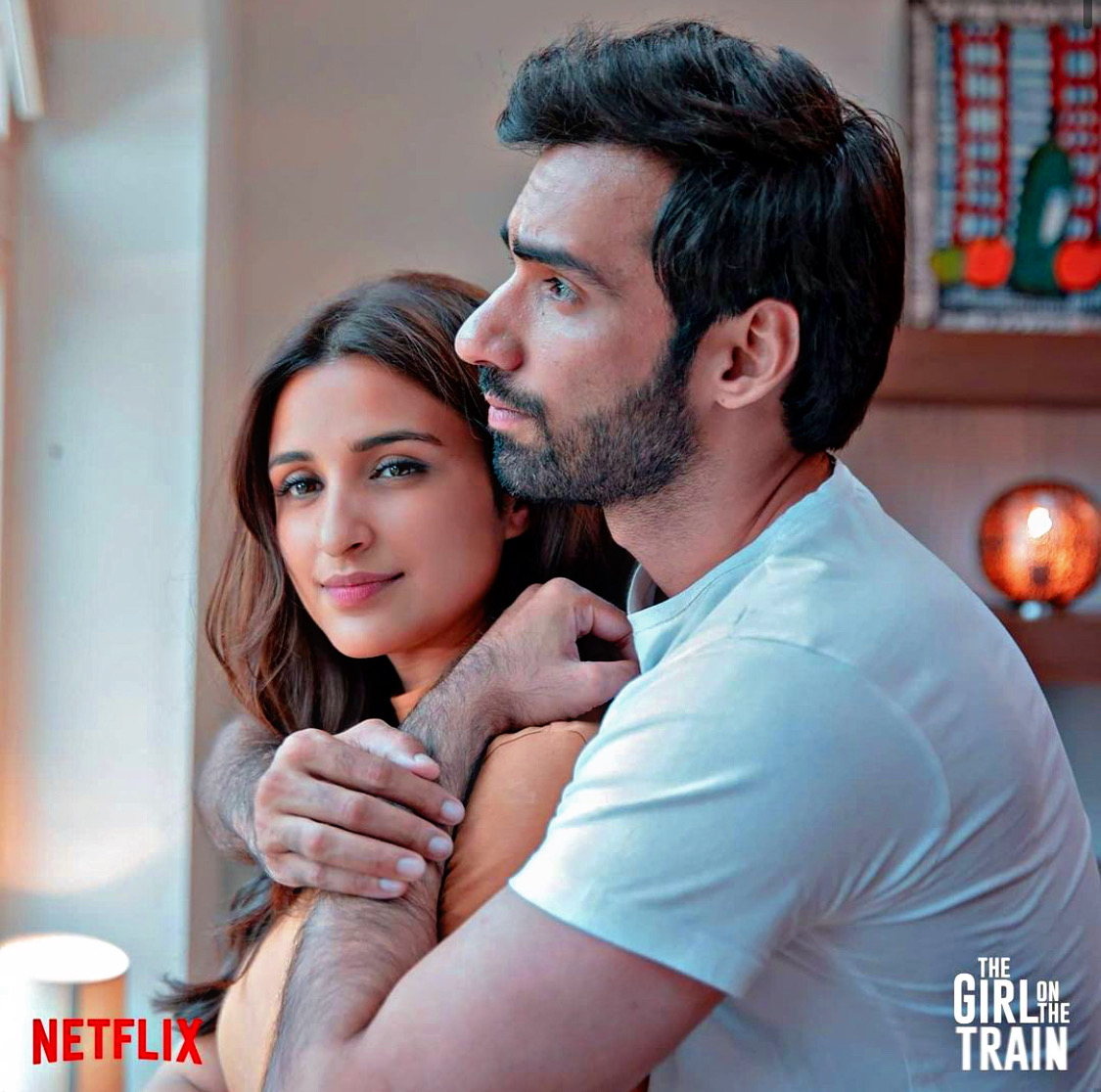 Meera and her husband in the past