Arne Johnson on March 19, 1981 arriving at the courthouse in Danbury

Plead for insanity is a common defense in many courts around the world. Psychiatrists say that psychopathy does not plead the same way since the culprit is fully aware of his crime. Thus psychotic patients under schizophrenic influences are the only ones who qualify for such a judgment. Then what about Arne Cheyenne Johnson, whose defense pleaded that the boy is to be ruled as not guilty since he was ‘demon possessed’ at the time of the incident?

The argument sounded silly to most and even dangerous since such a verdict could provide leeway for criminals around the world, but when the Warrens stepped in on the case, the media and prosecution started to think twice. The court is no place for a bunch of paranormal investigators, yet the couple was not just anyone. Already famous for their dealings with the Enfield case and the Amityville horror, the jury knew that these people meant business.

Claims were made in the “Devil Made Me Do It” case. The trial of Arne Johnson gained international infamy. The 19-year-old had stabbed his landlord Alan Bono to death; the crime was considered first-degree manslaughter. The boy had murdered the man who was trying to grab onto his girlfriend’s young cousin in front of his sister and was later found two miles away from the crime scene. It was perfect and clear. There was a witness, there was a murder weapon, and there was a motive. They found the man, and he was to be charged. It was linear and simple—until it was not.

Arne was engaged. His fiancé was Debbie Glatzel, and the young couple had a beautiful life planned together. Debbie lived with her family in the unassuming town of Connecticut in Brookfield, and so did Arne. But outside of her romance with her beloved, there was little that she could be happy about. One day, her 11-year-old brother David Glatzel had gone out playing and happened upon an old well. Out of curiosity, the lad had peered into its waters and later came back home. Soon his family began to notice him acting strange.

The frightened child would complain day and night of an elderly man that only he could see. A creature with cloven hooves and big round eyes with cruel teeth, with a face of what resembled a goat. Debbie would invite Arne to stay with her to care for her little brother, and the nights that he did stay, he could hear voices from the attic. 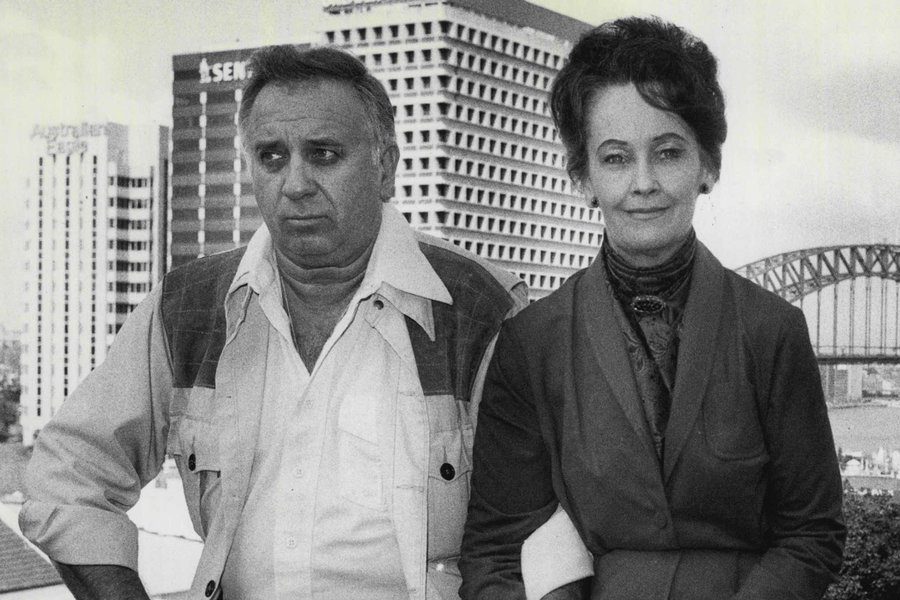 The growing diabolical occurrences in the house and of David forced the Glatzels to call on the famed Warren couple. Like always, to detect if a spirit haunted the house, Lorraine conducted a séance. During the rituals, the young boy turned violent and odd, hissing and snarling at those around him. He had a seizure and began uttering in tongues, but the violent session could not bring light to his father, Carl Glatzel Sr., who denied the existence of the paranormal, and his eldest son, Carl Glatzel Jr., who would chime in agreement.

They insisted that it was merely a speech impairment. Nevertheless, three exorcisms were conducted in the presence of certified priests by the Warrens. During these sessions, David began levitating and re-enacted the events of his previous episodes, and according to Debbie, he even prophesied the murder to be committed by Arne. Fed up with the torment of the juvenile boy, he asked the demon to take him on instead without fully understanding the gravitas of the words he had uttered.

The Devil Made Me Do It

In the following days, mysterious things started happening to him. He found himself falling into traces which he woke up from having no recollection of the hours that had passed by. He would growl like an animal and would see the hoofed man strutting around his room. On the 16th of February, 1981, a slightly ill Arne called up his workplace of, Wright Tree Service, to take sick leave. Debbie was going to work at the kennel owned by their landlord, Alan Bono, with her 9-year-old cousin Mary and her to-be sister-in-law Wanda, so he decided to drop by. In good spirits, the older man brought the youngsters to a local bar to have some lunch and proceeded to have a few drinks.

Later, Debbie and the girls went to grab pizza but returned in haste to the dog kennel feeling uneasy at leaving the two men alone. Unfortunately, a drunken Alan threw a fit and grabbed onto the prepubescent girl and took her to the apartment. On hearing the news, an angry Arne made his way to the room and demanded that Alan release her. Debbie was worried but could not make the men stop. The teenagers freed Mary from the landlord, who ran to the car for safety.

As Wanda recounted—something overcame the lad, and he growled, his back low like an animal. He pulled a 5-inch knife from his pocket and pounced on the drunk man, and stabbed him. The boy stabbed him 22 times. When the man was dead, he stabbed him some more till the blood flowed and splattered across the room. Wanda and Debbie bore witness to the horror, unable to blink or turn away even if they wanted to. Once he came to his senses, Arne took a look at his blood-soaked hands and 40-year-old Alan’s lifeless body, and he knew in his heart what he had done. His feet took flight, and he did not stop until he was over three kilometers away from the sight of the grisly atrocity. This was the first time in Connecticut’s 193 years of history that murder, and one of such brutality, has been committed within its borders. 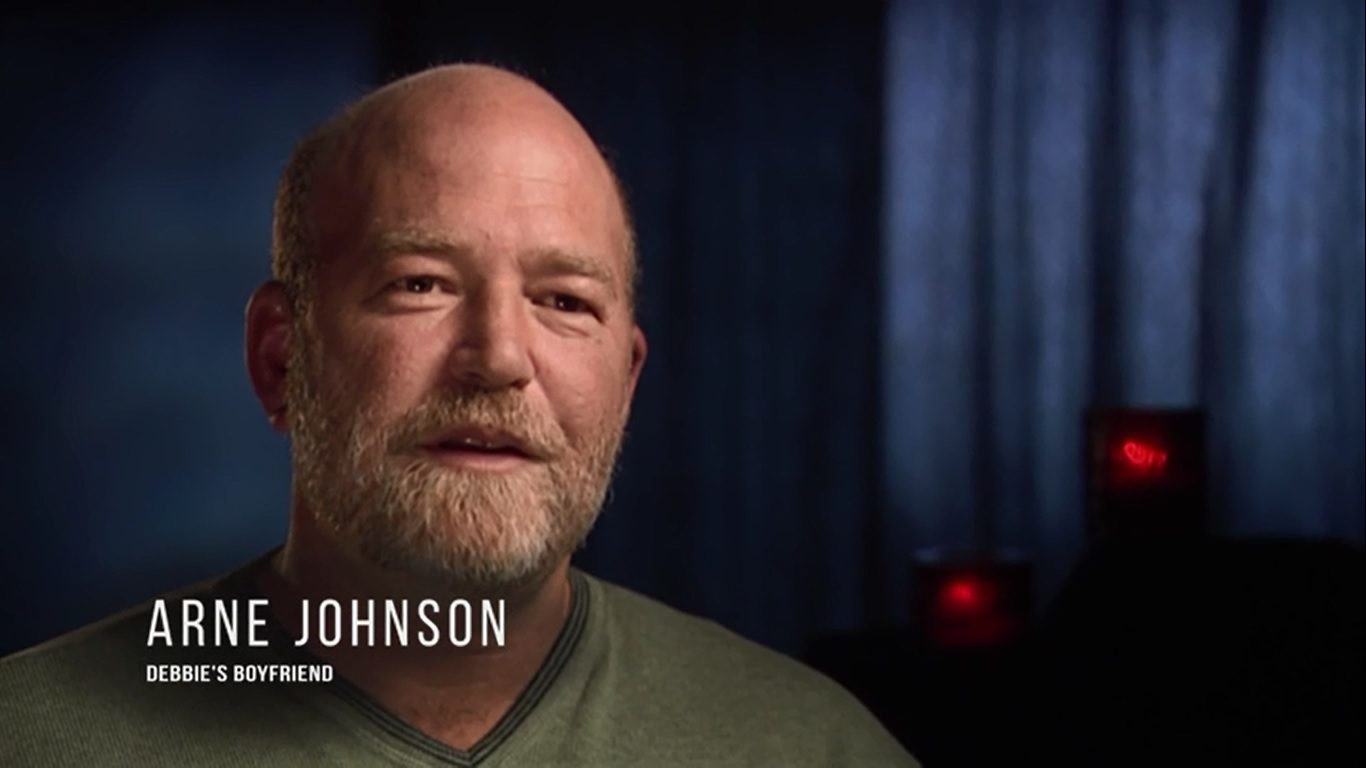 The Trial Of Arne Johnson

The youth was detained at the Bridgeport Correctional Center of Brookfield for a bail of $125,000. Ed and Lorraine, upon hearing the news of the boy’s arrest and the events that had conspired, drove to Brookfield Police station, “the boy was possessed”, they said, but the officers would not have it, albeit their arrival caught the attention of the media. Overnight, the case was named ‘Demon Murder Trial’, and Arne’s lawyer had a toll of phone calls that he had not had in the entirety of his life.

Cautiously, Martin Minnella, the lawyer, flew to England to investigate similar cases of demon possession in which crime was involved; though they never had formal trials, the man counted them as valuable evidence. The trial was set in motion on the 28th of October, 1981, in the Superior Court of Connecticut, Danbury. When the plea of demon possession was put forward, Judge Robert Callahan—to everyone’s astonishment—overruled it. He claimed such a reason could not prevail in court since it was “irrelative and unscientific”.

At this sudden turn of events, Minnella pleaded that his client acted in self-defense, and the jury took 15 hours to consider it. Finally, on the 24th of November 1981, Arne was convicted of first-degree manslaughter and was sentenced to 10 to 15 years in jail on the 18th of December of the same year, of which he served only five. The proceedings gave rise to a plethora of films and books. A TV movie was released by NBC in 1983 called “The Demon Murder Case” and a book called “The Devil in Connecticut” by Gerald Brittle in the same year, whose profits were shared with the afflicted family. The case was introduced into the Conjuring franchise as the third installment in 2021. The growing fame of the case was not welcomed by all.

Debbie’s older brother, Carl, sued Brittle for the fabricated story and his negative portrayal in her book; his father supported him, saying that his younger son David was never possessed. The six priests that had visited their house asserted that the exorcism did happen, and so did the Warrens and Debbie; there was no debating that. Carl went on to write “Alone Through the Valley,” representing his version of his early adulthood and the lives of his family.

People believe Arne’s clear criminal history prior to the happening and his impeccable behavior bear witness to his clear conscience. And even after all these years, Debbie Glatzel (now Johnson) is happily married to Arne Johnson, and the three girls present in the incident stand fast to what they have seen that fateful day.