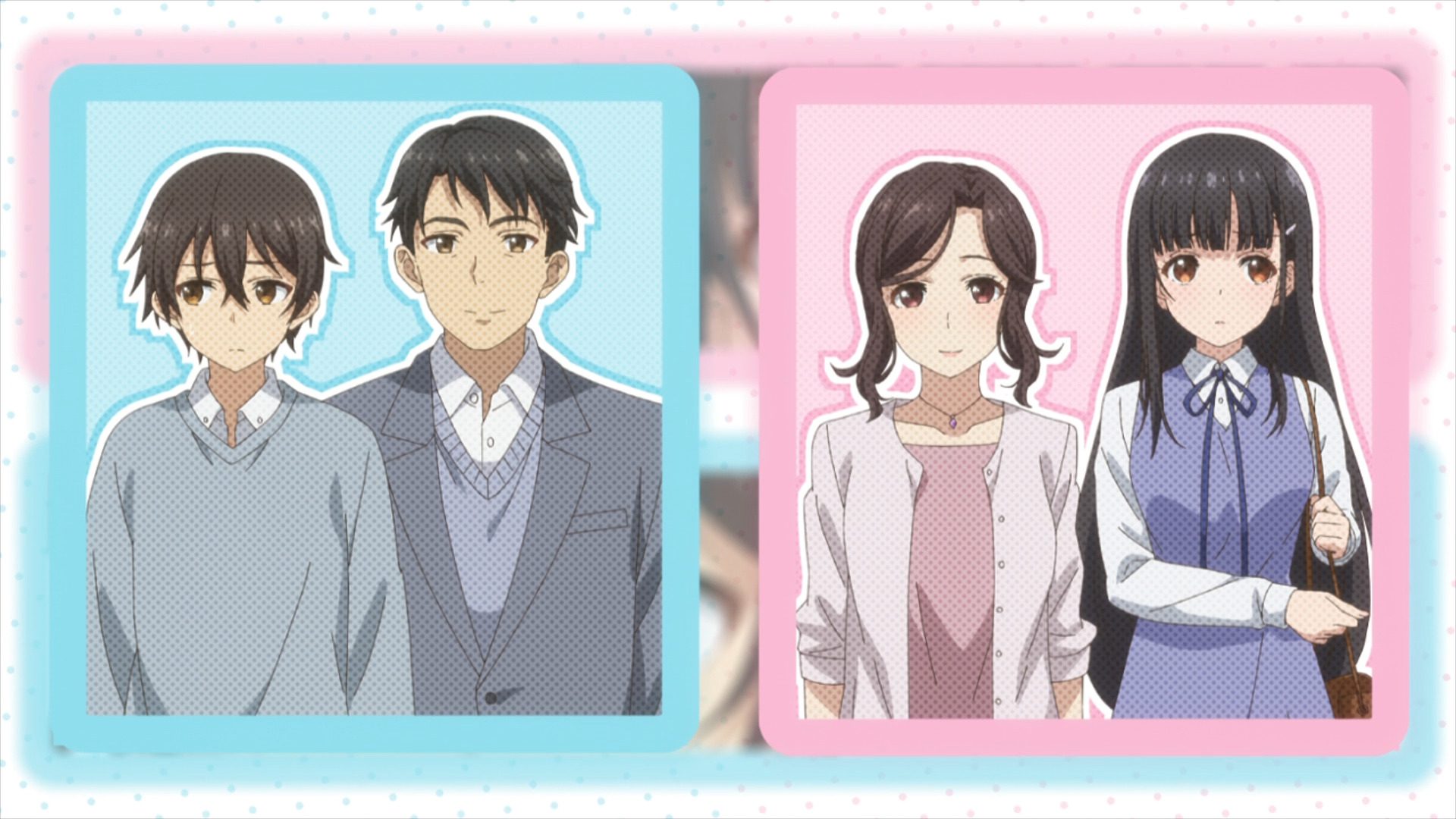 My Stepmom's Daughter Is My Ex

Your ex ends up at the same school as you and is now your stepsibling. What a spicy setup right? DomeKano all over again, except now with a rivalry between them. They have a Kaguya-sama-style “rule” where the one who becomes conscious of the other as the opposite sex loses, hmm… what could possibly go wrong? Today we will talk about My Stepmom’s Daughter Is My Ex Episode 5 Release Date: We have it Rough, Isn’t it? We will also recap all the previous episodes.

A particular middle school guy and girl fell in love, flirted, argued over insignificant issues, and found themselves more often frustrated than excited with one another until calling it quits after graduation. As a result, Mizuto Irido and Yume Ayai ended up encountering one another in an unexpected way. I’m the older brother, isn’t it clear? Is it not clear that I am the older sister?

The children of their parent’s second marriage’s spouse were ex-lovers? The former two decide on a “sibling rule,” where the person who becomes aware of the other as the opposing sex loses. They did this out of consideration for their parents’ sentiments. but… How can they ignore one other when they share a restroom, a ride to and from school, and a shared history? Not to mention that they share a home and have memories of the past. 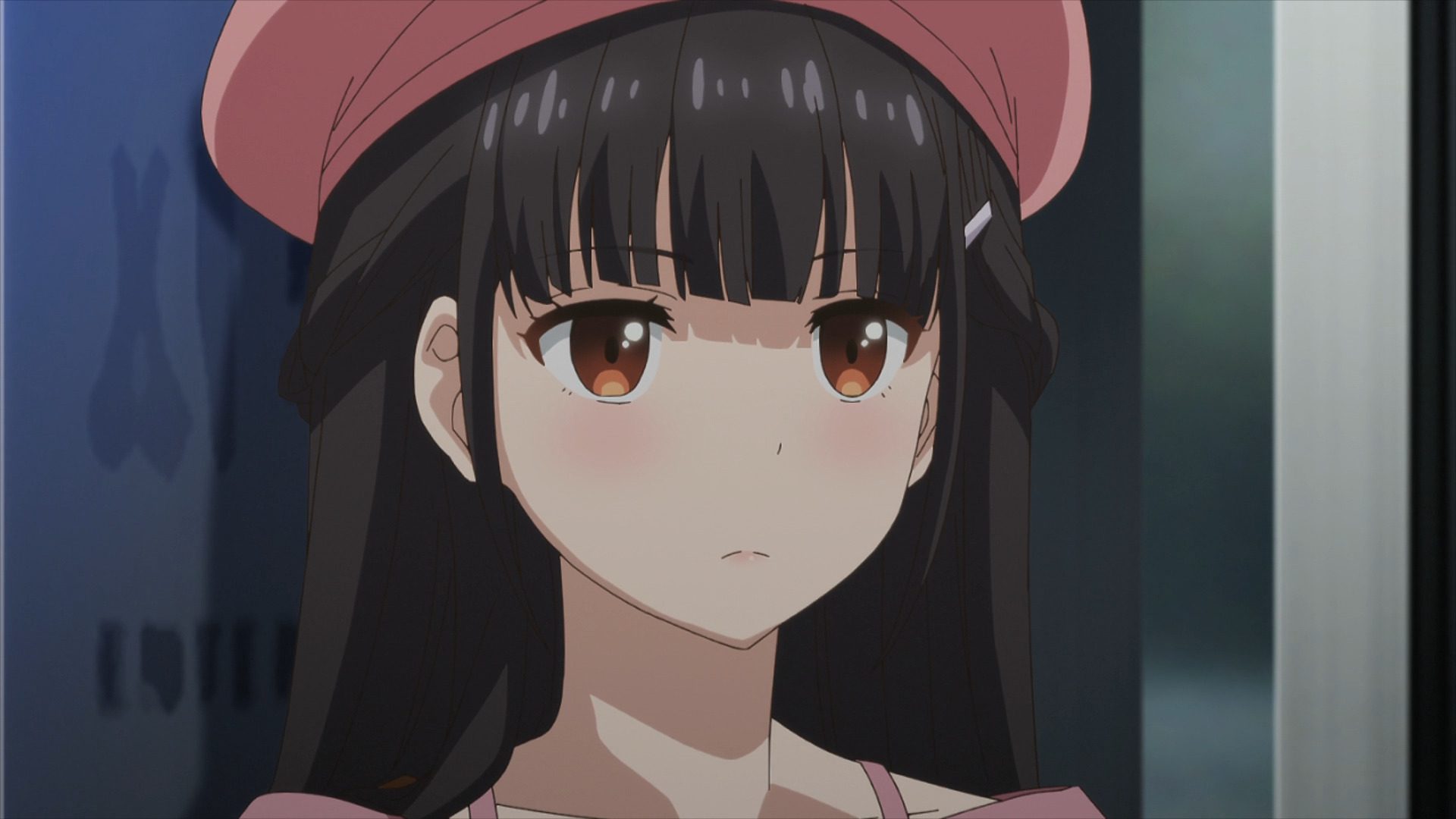 My Stepmom’s Daughter Is My Ex Episode Recap

After Yume’s mom Yuni wed Mineaki, Mizuto’s father, Yume and Mizuto became stepsiblings. Their parents are not aware that they once dated in middle school, which is unfortunate. Therefore, they make the decision that if one of them behaves like that an ex-lover, they must acknowledge that they’ll be the younger sibling. Yume is duped into using Mizuto’s last name in an effort to provoke the other person.

Several boys at school pose as Mizuto’s pals in an effort to be near Yume. The lads back off after Yume, who is upset that her breasts made touch with Mizuto’s arm, clings to him and accuses her of having a brother complex. She chooses to sit alongside him as retaliation, luring him into looking at her by merely wearing a bath towel.

This almost works, but she pushes herself too far, and her towel nearly comes off before Mizuto actually assists her in remaining covered up. Having lost, she tries to escape but stumbles and they both fall to the couch. They forget about the game and then almost kiss in this circumstance, with Yume nearly undressed, but their parents stop them. They both understand that moments like this are the reason they are no longer attracted to one another. 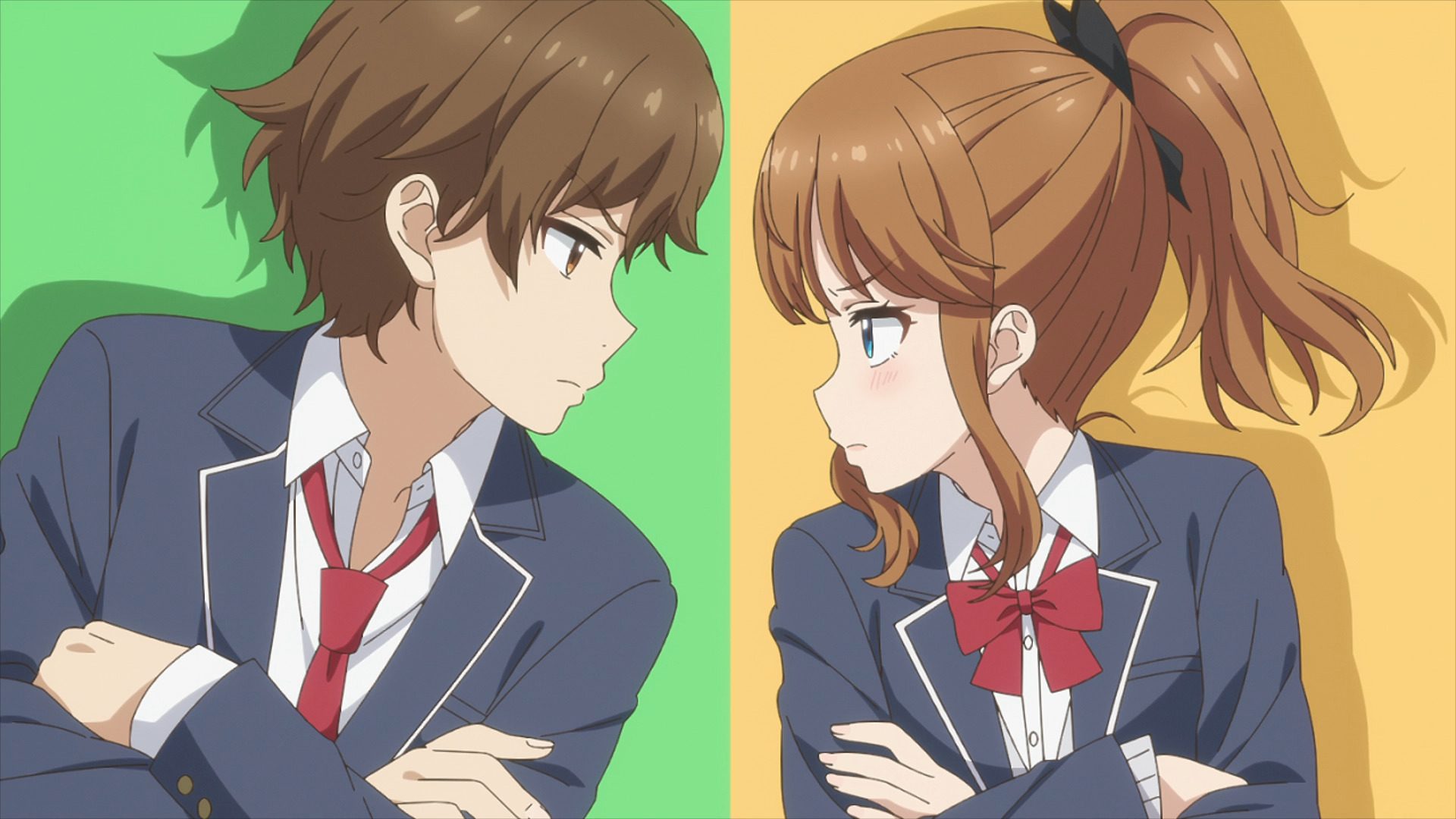 Kogure Kawanami approaches Mizuto and says he wants to be his friend and isn’t going to use him to get into Yume. Akatsuki Minami succeeds in sports during the fitness tests, and Yume goes overboard while attempting to keep up and passes out, but Mizuto catches her. Minami and Yume become friends when Yume begs her to keep how terrible at sports she is a secret.

Minami believes Mizuto was attempting to be kind, but he irritates Yume. When Yume has a fever, Minami is adamant about going to see her. Yume was about to say anything unpleasant to Mizuto when Minami caught her eye. Mizuto used to have a girlfriend, as Minami rightly surmises, and she wonders if dating will be uncomfortable now that he lives with a half-sister.

He rejects her question that he views Yume as anything other than a sister. Yume won’t sleep unless Mizuto clutches her hand, which is something they used to do frequently when they were dating when one of them was unwell. Mizuto pushes her to check her temp again after making a number of requests of him, indicating she had healed but pretended to be ill so he would be kind to her. She apologizes, and Mizuto accepts her forgiveness.

Yume had preserved every gift Mizuto had given her in the past six months while they were still dating. Yume discovers a pair of Mizuto’s underpants today. She is willing to return them since she is certain that owning them qualifies as losing their game. Mizuto does the same approach with her bra when she managed to sneak into his room. They both acknowledge they broke the rules despite their suspicions, so they may openly demand one thing.

The following day, Yume discovers Mizuto with a female. When he gets the girl home, Yume makes him go grocery shopping by using her one demand, leaving the girl by herself in his room, but she vanishes. Yume refuses to allow Mizuto to check her room, claiming nothing’s been moved or taken. 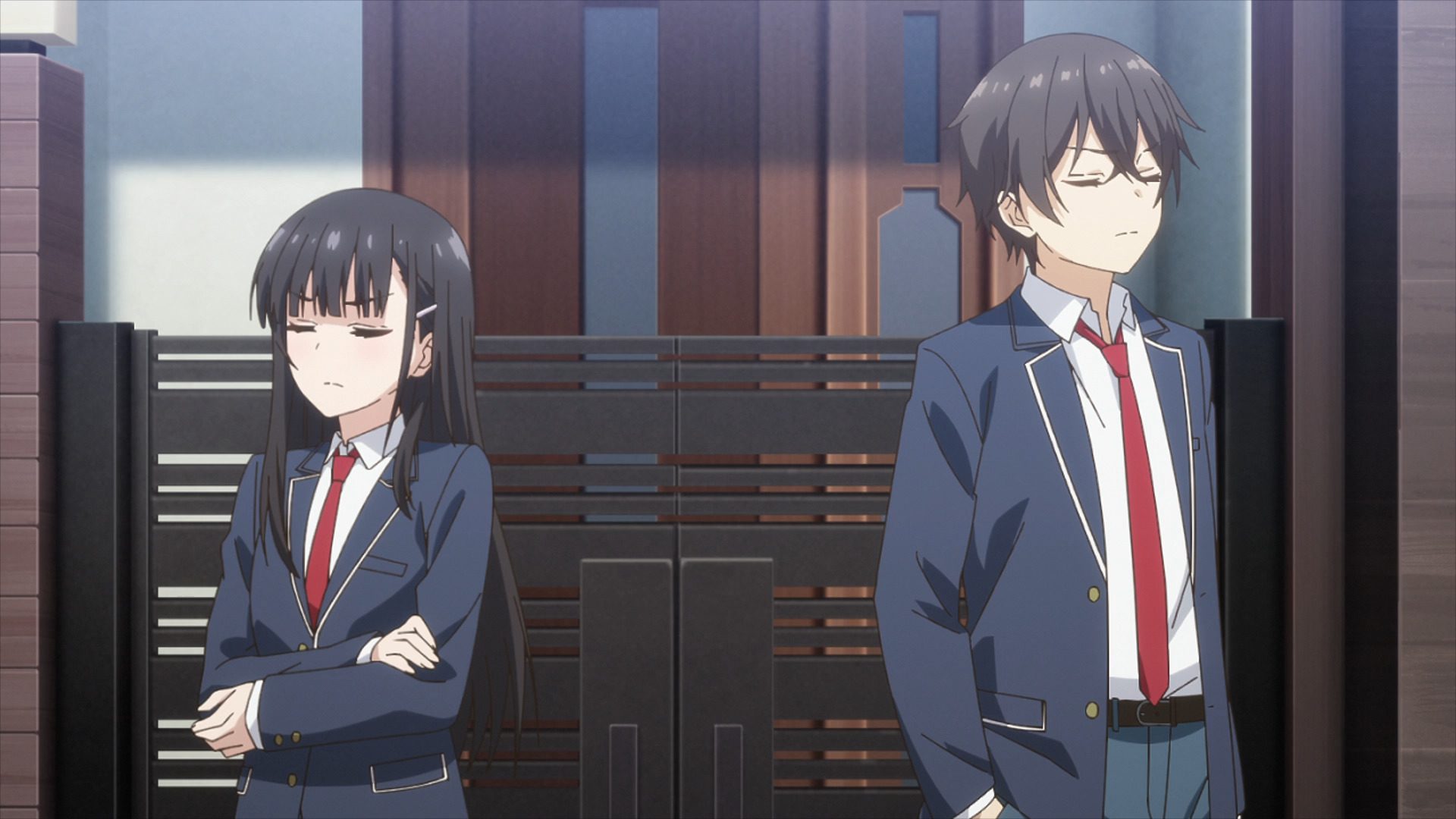 Mizuto is concerned since the girl was apparently Minami, who begged him to marry her since she is fascinated with Yume and believes that if she marries him, Yume will become her sister. Kawanami, Minami’s childhood friend, acknowledges that Minami is capable of developing severe obsessions. He explains to Mizuto how else to stop her as a favor. Later, Mizuto approaches Yume and demands that she go on a date.

Yume worries a lot about Mizuto’s motivations on the date and, for some reason, finds herself drawn to him intensely. It is revealed through a flashback that Kawanami proposed the date. As Yume’s real shyness and Mizuto’s remorse interact, the evening grows more uncomfortable. Yume gets lost while Mizuto is now in the restroom. When Mizuto calls her, Yume notices that she is let down by his kindness and lack of sarcasm.

On their first date, she recalls being lost and waiting for him to find her in a similar circumstance. They get into their typical arguments and actually have fun when Mizuto discovers her and so this time mocks her. Mizuto is taken aback by the fact that they get along better as half-siblings than as lovers.

Following the date, Minami apologizes to Mizuto and vows to exercise self-control. She admits that she is still not ready to let go of her Yume fixation, though. Yume, who is still perplexed by his request for a date, orders Mizuto to sit for a photo shoot as punishment because she still finds him to be quite handsome. She snaps hundreds of pictures. 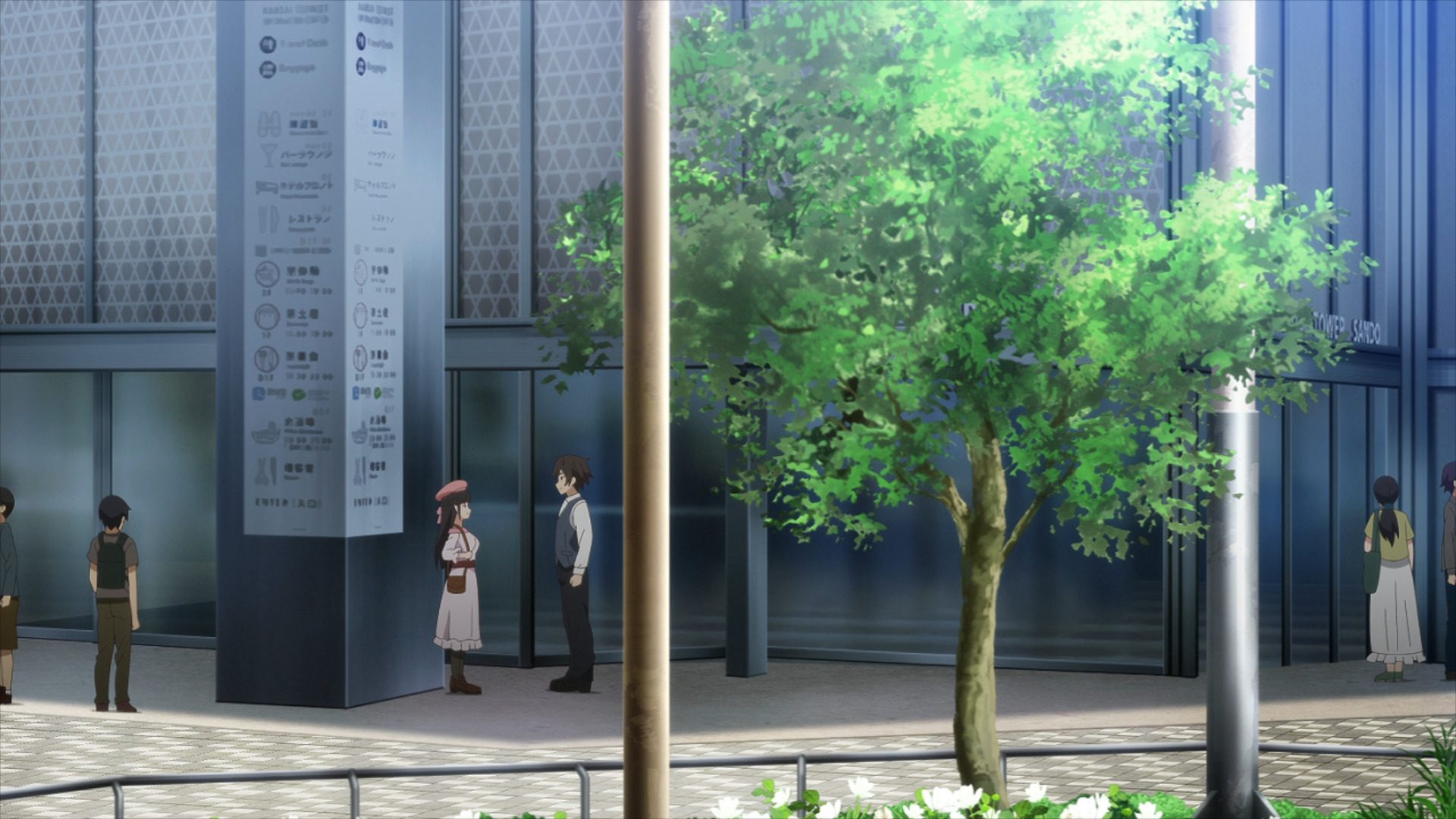 My Stepmom’s Daughter Is My Ex Episode 5 Release Date

My Stepmom’s Daughter Is My Ex Streaming Details

You can stream all released episodes of My Stepmom’s Daughter Is My Ex on Crunchyroll. It is the official streaming partner of this and many other bizarre animes.