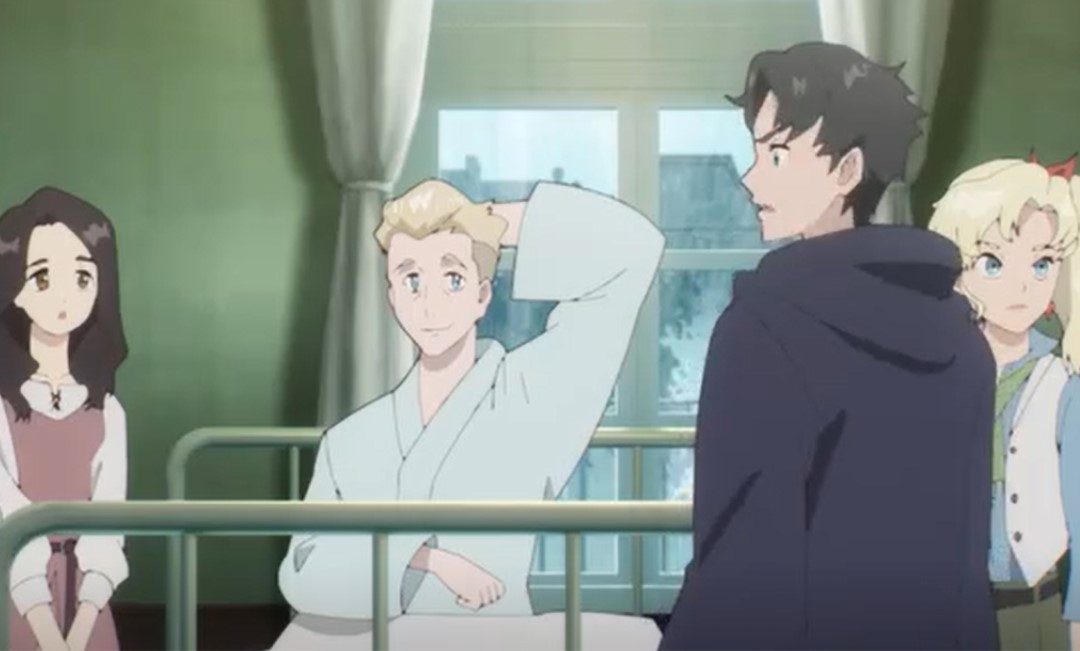 Leo has managed to get out inside the building where he was fighting with monsters. At the same time, a hooded man infiltrates the building where there is a Garnet Tablet. Garnet Tablet is not known how long it existed, and it is a stele that records the future. Meanwhile, the smuggling crew has gathered, and Irma asks why they agree to do something for the Knights. Innumael explains why and how they are going to do their mission.

He asks her about Leo. Irma reveals that they arrested him and Inumael ask for what. Irma asks if they remember the metal institution they infiltrated before, and they answer yes, saying the abandoned one. Irma reveals that Leo thinks that it might be secretly connected to a certain drug development organization. It may also be connected with Luminous. Irma says that she went earlier with Leo to see Leo’s acquaintance who worked at the drug place.

Magatsu Wahrheit Episode 12 will be released on Tuesday, 29 December 2020, at 11:00 PM JST. Note that the latest new episode of Magatsu Wahrheit will be released every Tuesday. Watch out for the upcoming episode’s spoilers; you can skip them if you are not interested when you proceed. You can watch this Anime officially on Funimation and AnimeLab. Let’s take a look below. 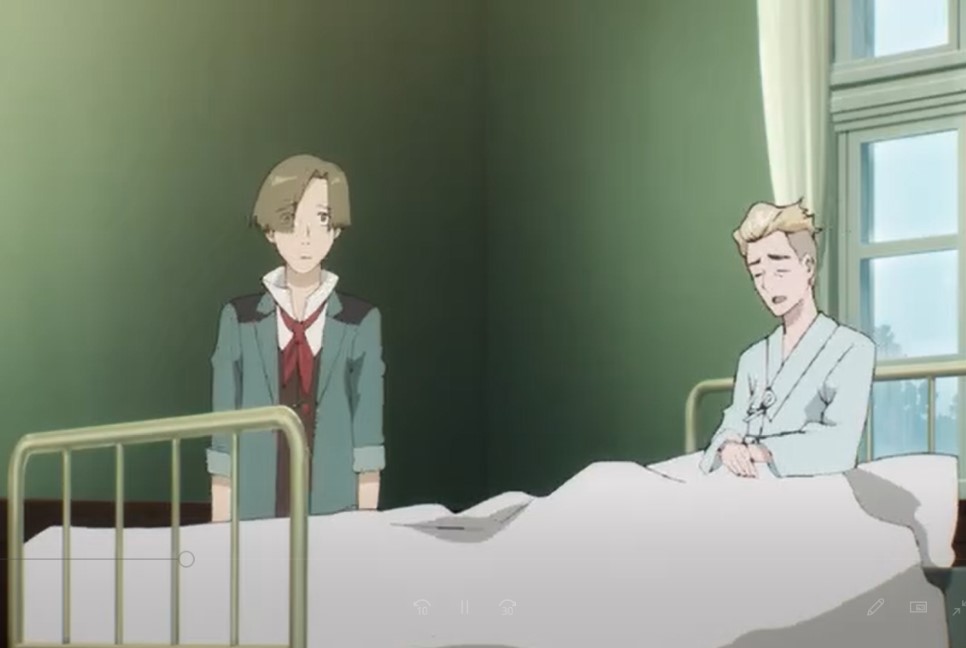 Arnold asks if they learned something; Irma said Radboud replaced the recent CEO. Later, Leo visited the smuggling crew and Conrad, who is hospitalized. They are surprised how Leo has managed to break out of the prison. Leo is glad that everyone is back bac he still doesn’t seem to like Innumael. Conrad asks if the Garnet Tablet thing prophesied that a disaster would soon befall the capital.

He also asks if the Emperor is going to use the Luminous seed to weaken the impact. Conrad reveals that the Anti-Imperial soldiers want to use it for evil. He asks again if they can do something about it to stop the destruction. Innumael replies that their job is to tell his Majesty, the Emperor, what the Anti-imperials are doing. Leo said that he would get the light-inducing Luminous Seed out of the capital.

Sissel is worried about the safety of her brother Innumael who told her that it would work out. He then asks Leo if he can do him a favor, and Leo allows him to say what he wants help with. Innumael said that he heard that Loe knows someone who makes medicine, and Leo said it’s true. He asks Leo to introduce him to that person, and Leo wants to know why. Innumael reveals that he wants to infiltrate the drug development facility.

Leo said that he was also thinking about going there before and why he wants to infiltrate now. Innumael said Mr. George mentioned evidence, and he thinks the evidence about the Anti-Imperialists is there. Leo and Irma ask if he is talking about Radboud. Innumael said it is part of it, but there is something that he is personally curious about. They both agree to help Innumael and Conrad asks to speak with Innumael in private.

Irma said she would be waiting outside with others, and Leo looks at Innumael. They both went outside and left the two talking in private, and Conrad opens his top showing Innumael something. They both show each other how Luminosis has affected them. It is spreading quickly inside their body, and they are deciding to keep it a secret. They want to solve the mystery before anything happens to them.

Innumael said they would not live long, and Conrad asks if he will tell his sister. Innumael said that he doesn’t want to stress her and ask Conrad to do something for him. Later Irma and Inumael visited Leo’s acquaintance, who asks them about Leo. Irma said that Leo is busy with something that is holding him back. He opened for them and talked about the plans for infiltrating the facility.

The guy agrees to their terms, and he asks if they will offer what he wants. Innumaels asks Irma what it is, and she said they have to give him the documents for human experiments. Innumael yells; he and Irma said they don’t have a choice. The guy gave them the cards to infiltrate inside the building. He told them that they must do it two days from now because the facility will have maintenance.

It will be easy for them to get inside, and no one will see new faces. Later the crew started their mission, and Arnold with Loe tries to steal the Seed. The alarm system prevented them from doing so in time, and the guards started to look for them. Arnot took it by force, hid it inside Loe’s backpack, and looked for a way to escape.