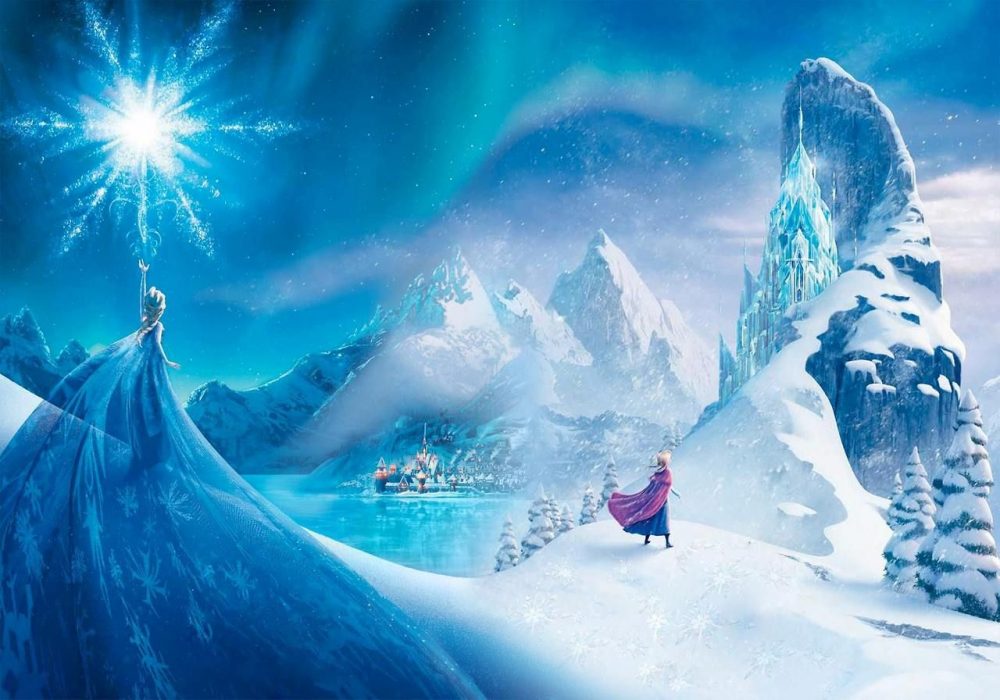 Winter is the most wonderful time of the year, especially for children. This is the season where we get to celebrate festivals and have some family time. One way to spend your time during winter is to watch light-hearted movies that’ll brighten up your mood. The best thing about holiday movies is that they never get old no matter how many times you watch them and suitable for all age groups. I have compiled a list of the movies that I think are perfect for watching with your families during winter. So, this holiday season, cozy up in your blankets with your family and watch these movies to get into a festive mood. 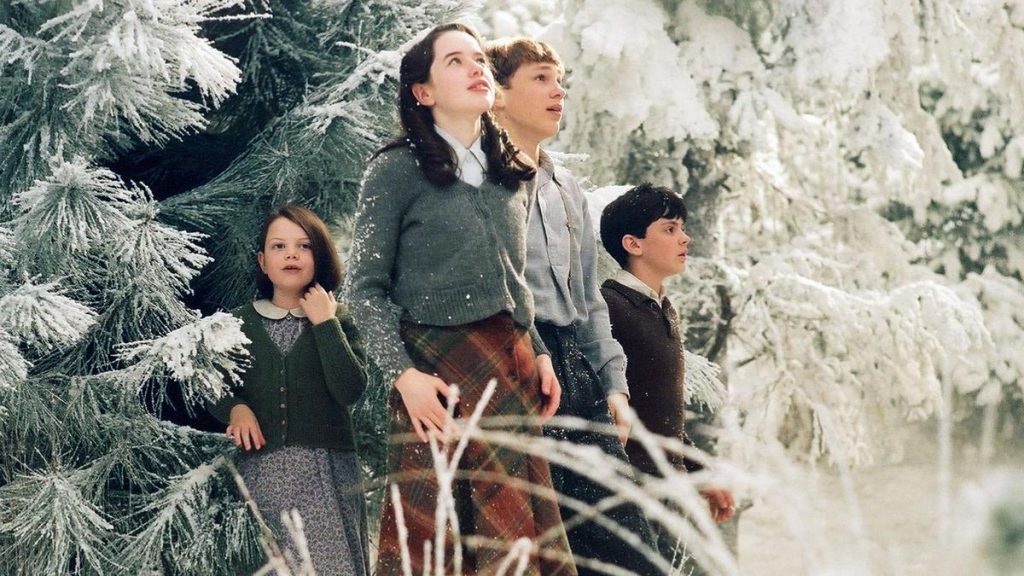 The story is about four siblings; Peter, Susan. Edmund and Lucy went to live in the country with their Professor during the Second World War. As the children started living in the new house, Lucy found a huge wardrobe while playing hide and seek with her siblings. Lucy steps into the wardrobe and somehow ends up in a snowy forest. She encounters a faun named Tumnus, who tells her that she is in Narnia and everything about the evil White Witch.

Lucy goes back to the house and tells her siblings everything she experienced there. Initially, they did not believe her, but then they themselves ended up in Narnia. Since then, the lives of the siblings changed as they try to free Narnia from the terror of the White Witch and help Aslan, The Great Lion, and the true king of Narnia reclaim his throne. 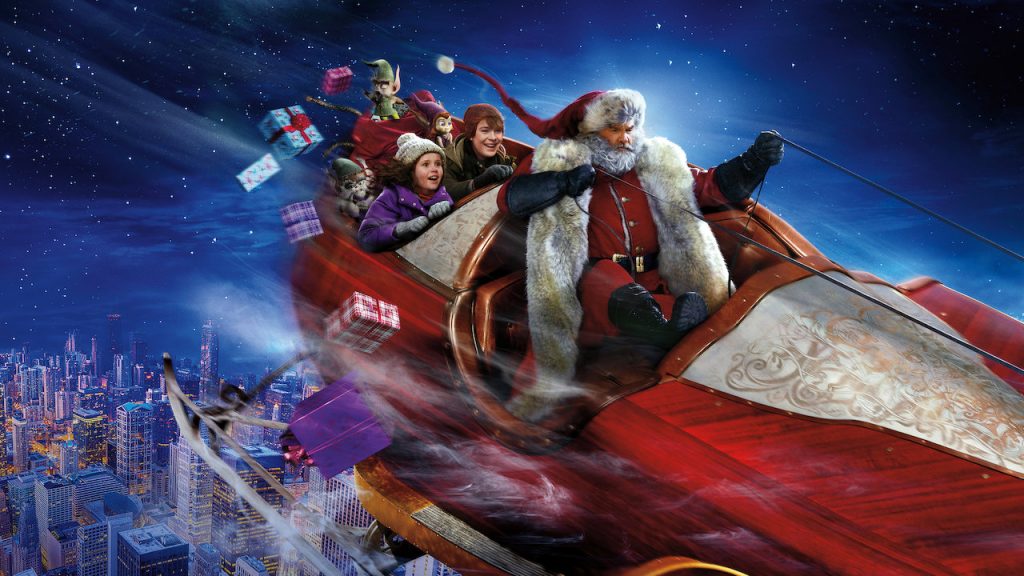 This movie is a story of two siblings, Kate and Teddy Pierce, whose father recently died, and their lives changed drastically. They are left alone during Christmas when their mom has to take many work shifts. Teddy is a teenager, whereas Kate is 11 years old. With the age gap between the siblings, Teddy doesn’t want to spend Christmas with her, but Kate eventually convinces him to not only spend Christmas with her but also find proof that Santa Claus is real. She plans to do that by taking a picture of real Santa Claus.

Even though she finds Santa, taking a picture of him doesn’t seem easy as she previously thought. She decides to hide in the sleigh, and Teddy joins her as well. This leads to a series of unexpected events that led Ted and Kate to have the most memorable Christmas of their lives. 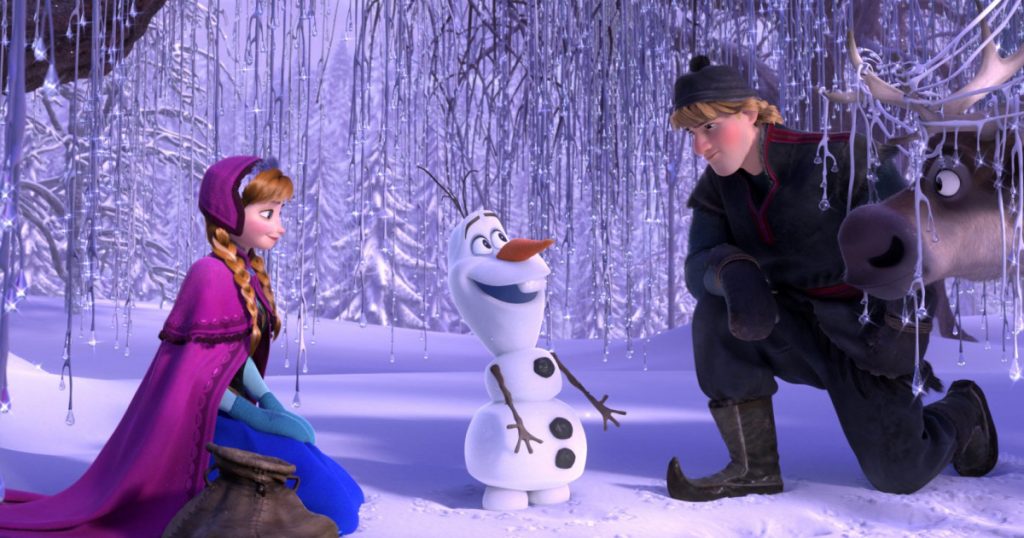 The story is about two sisters, Anna and Elsa, who are the princesses of the Kingdom of Arendelle. Elsa is born with a special ability to create and control ice, whereas Anna is born normal. While playing with Elsa, Anna gets hurt, and that leads her to lose her memories. Elsa is consumed by the guilt of almost killing her little sister. She isolates herself as her powers continue to grow stronger and harder for her to control, which leads to two sisters growing apart.

Now that they are adults, Elsa is about to become the queen of Arendelle. During her coronation, an argument with Anna led her to use her powers in front of everyone. Elsa runs away in fear and completely loses control over her powers, leading the whole Kingdom to freeze over. Now, Anna must find her sister and bring her back home. Climbing up the mountain, she meets Kristoff, Sphen, and Olaf, and they join her to end the winter in Arendelle. Will Anna and Elsa be able to set their differences aside after so many years? Will Elsa get over her fear of her own power? 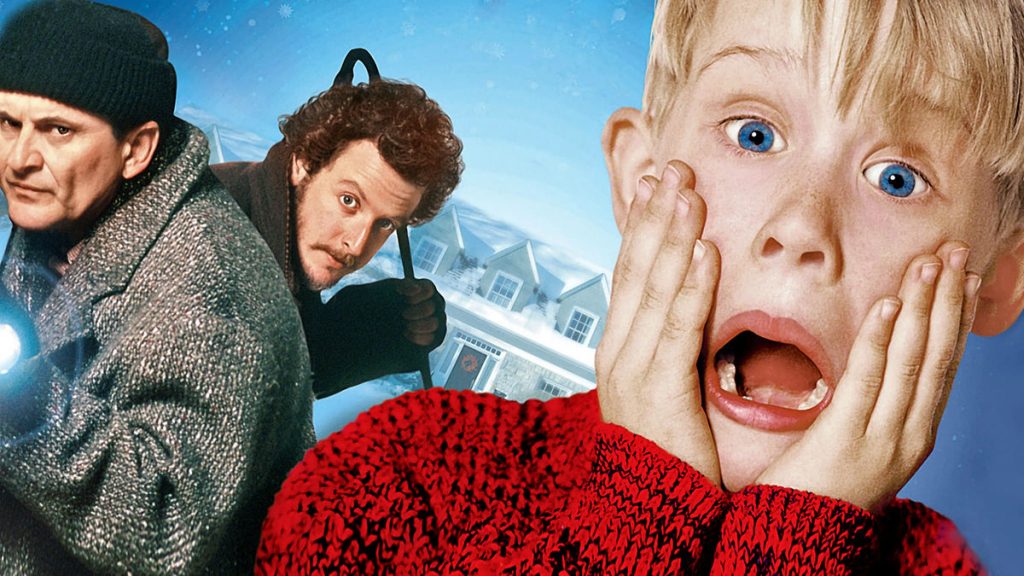 A night before the Christmas vacation of the McCallisters, eight-year-old Kevin creates trouble for his family, and his mother makes him sleep in the attic. This results in the family mistakenly leaving Kevin alone at home for their trip to Paris. Kevin wakes up in an empty house, and his wish to live alone finally comes true. However, his happiness is only short-lived as he has to save the house from burglars. Will an eight-year-old kid be able to protect himself and the house from them?

This movie consists of a long list of hilarious moments and is a perfect movie to watch with your family during winter. 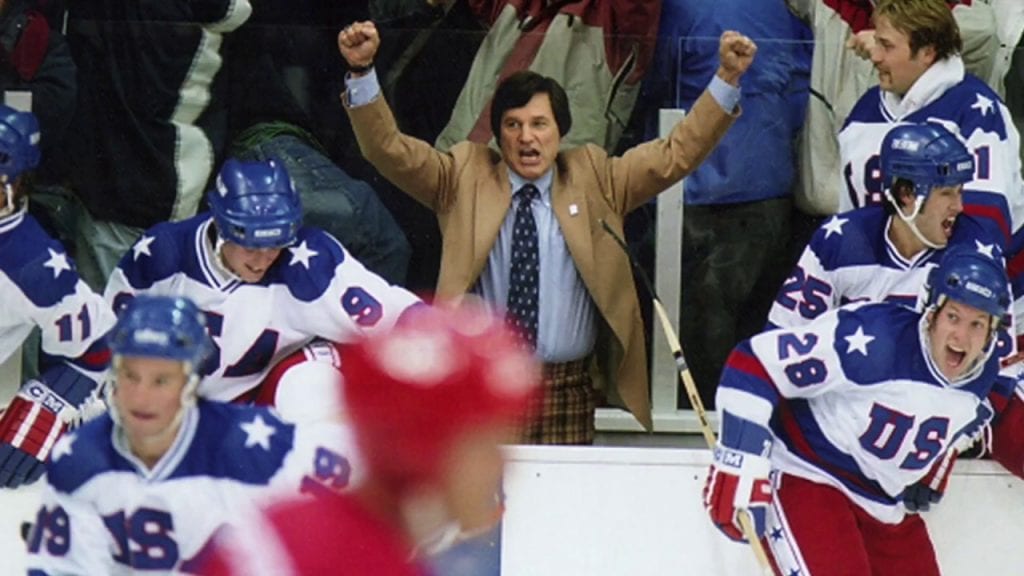 This movie is the biography f Herb Brooks who was an American hockey player. He was a player-turned coach who was the coach of the 1980 hockey team in the Olympics. His team won against the seemingly invincible Soviet team. This is an inspiring story of a team that everyone thought would lose, but they fought until the end and received a legendary victory.

Herb Brooks assembles a team of short-tempered college students who got humiliated in an early match. Brooks unites his squads and diverts all their attention to their common enemy, the Soviet team, whom everyone acknowledged as winners. 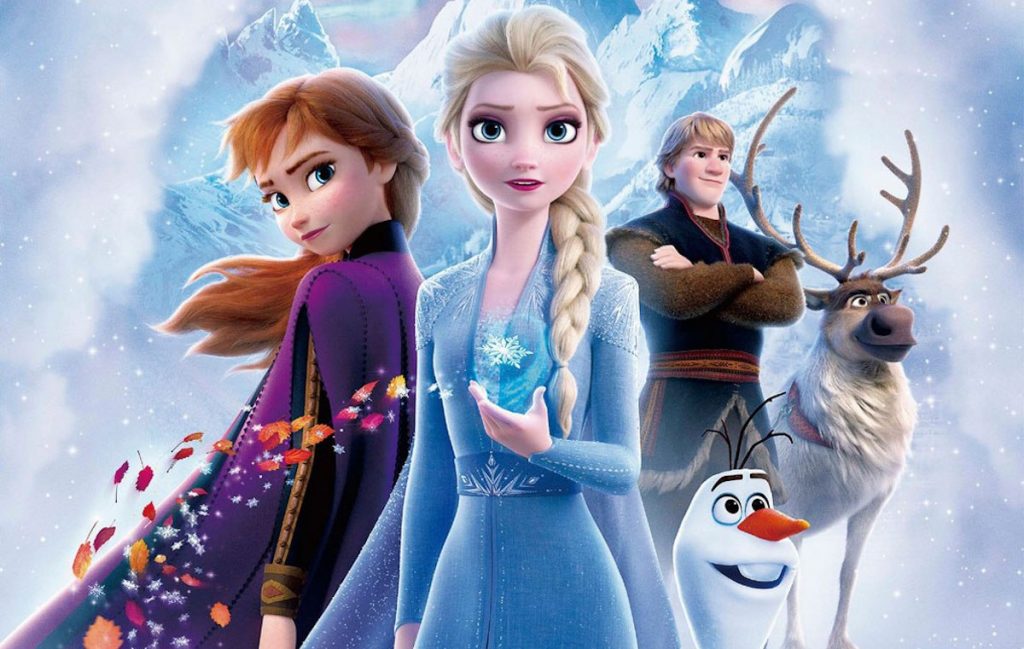 Frozen 2 follows the events after the movie Frozen. Elsa is the queen of Arendelle, and she is living peacefully with Anna, Kristoff, Sphen, and Olaf. However, she keeps hearing a strange voice that seems to be calling out to her. Only Elsa can hear the voice, and she realizes that hearing the voice has something to do with powers. When Arandelle is thrown into chaos, Elsa and the others leave to the Enchanted Forest to find out the answers that Elsa has been looking for.

This movie portrays the real reason behind Elsa’s powers and her parent’s past. In the forest, Elsa and the others meet a Northuldra tribe closely associated with the nature spirits. As the movie continues to reveal all the past secrets, Elsa will find a place where she truly belongs. 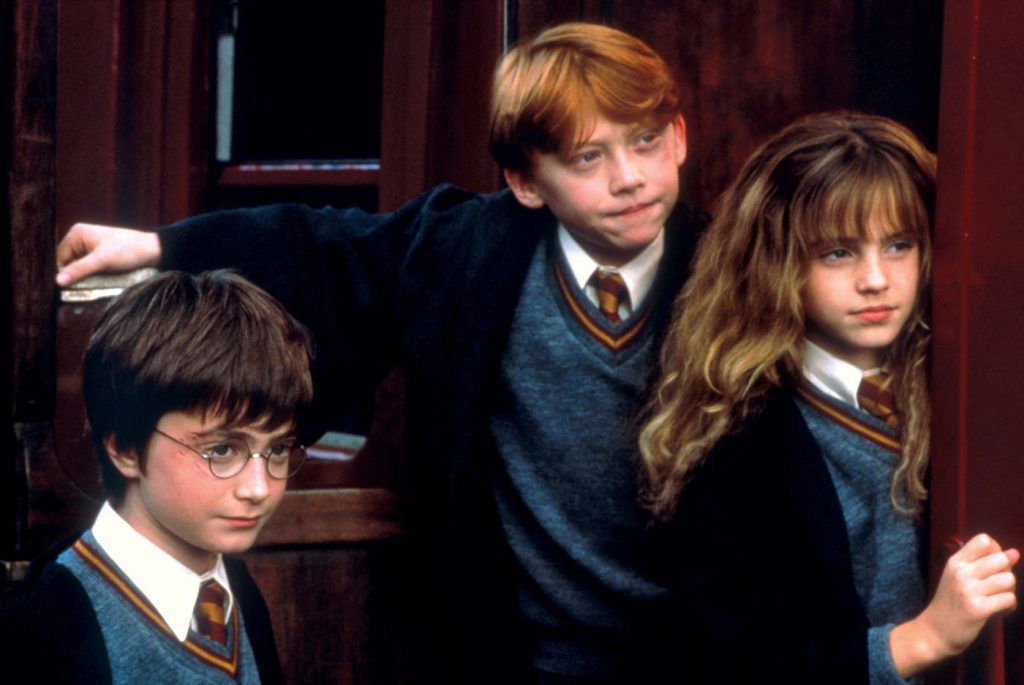 If we are talking about a list of family movies, the Harry Potter movie has to be on it. The first part of the movie marked the beginning of a great era of Harry Potter. This story is about a young orphaned boy Harry Potter who suddenly gets an invitation from the world’s best magical school on the night of his twelfth birthday. Unaware of the existence of a magical world, Harry leaves his abusive aunt and uncle’s home and goes to Hogwarts.

There, he realized that he is very famous among all wizards due to an incident that happened when he was a baby. Harry meets new friends and supportive professors in his school, and his life is better than ever. However, what should he do now that he is selected for the most dangerous magical sports there is? Will he keep playing, or does he have to run for his life? This movie is the first part of a great series that people will continue watching for decades to come by. 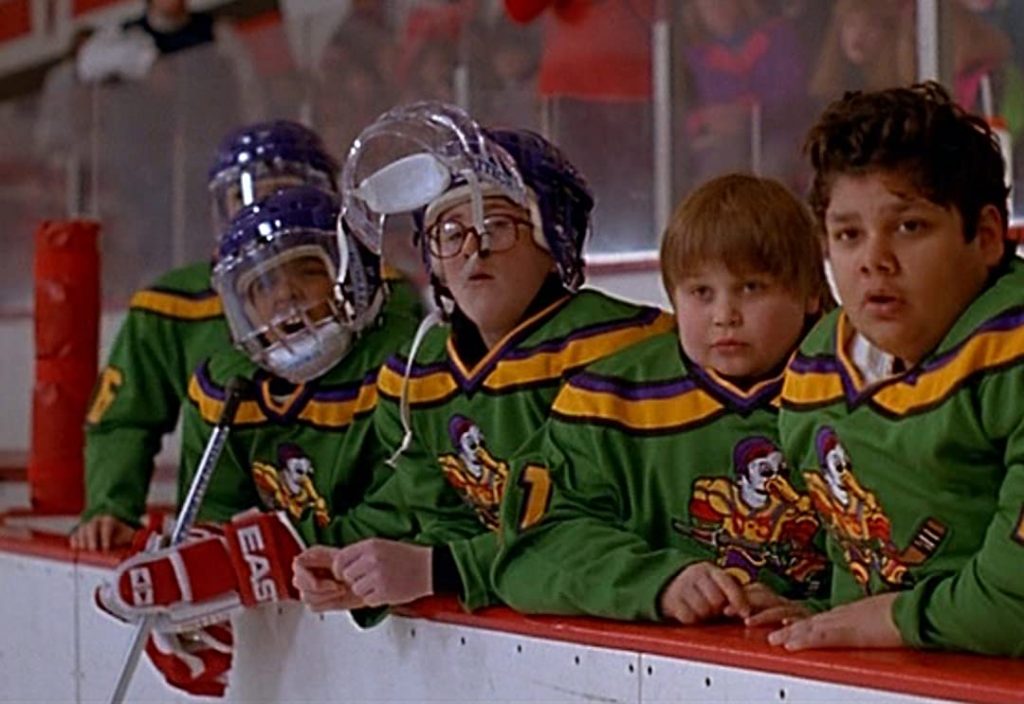 The story is about Gordon Bombay, an attorney who gets arrested for drinking and driving. Now, he must coach a kids hockey team for community service. Gordon has some unpleasant memories related to the sport where he messed up a penalty shot that caused the team to lose a crucial match.

After hesitating to teach them due to his bad past experiences, Gordon decides to help the kids when he saw that they don’t have any practice facility or equipment to use. The movie features how Gordon gets over his past insecurities and becomes the best possible coach he can for those children.