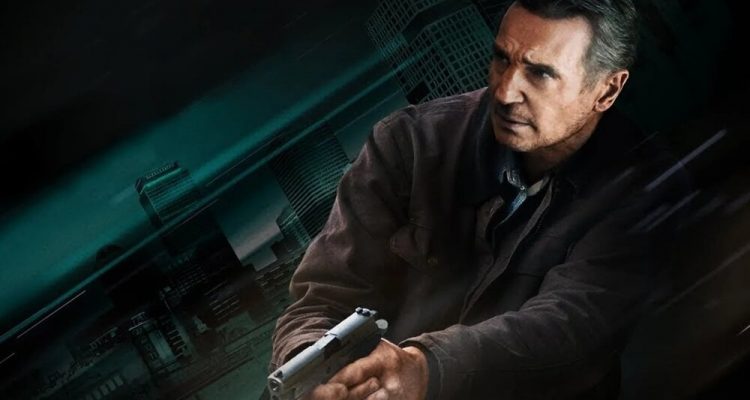 Honest Thief is a 2020 action-thriller film starring Liam Neeson. The film is directed by Mark Williams and written by Steve Allrich and Mark Williams. Besides Neeson, the film also stars Kate Walsh, Jai Courtney, Jeffery Donovan, Anthony Ramos, and Robert Patrick. The film is about a former master thief, seeking to turn a new leaf by turning himself into the FBI. That’s when things take an unexpected turn and he gets set up by the FBI agents themselves.

Honest Thief hit theatres in the United States on October 16, 2020. The film has garnered mixed reviews, with critics noting the film’s new takes on certain action film clichés. Besides that, the film doesn’t have much going on for it. With Liam Neeson reprising yet another aged one-man-army badass, the film feels a bit too familiar despite trying some new things.

The film follows Tom Dolan, a veteran master thief who has been in the profession of stealing for years. Tom has been stealing large amounts of money from banks in Boston for quite some time. He has even earned a nickname for himself, “The In-And-Out Bandit”, for his craftily maneuvered and executed thefts. After meeting and falling for Annie Wilkins, a psychology graduate, and storage unit manager, Tom decides to start anew. He attempts to turn a new leaf and hand himself into the FBI. He seeks to get a short sentence in exchange for surrender and start afresh with Annie afterward. He approaches FBI agent Sam Baker, who doesn’t believe him. He has received one too many false confessions to give much heed. Still, he sends two subordinates John Nivens (Jai Courtney) and Ramon Hall (Anthony Ramos) to interview Tom.

The two FBI agents go and meet Tom, who directs them to the stolen money. That is when Nivens concocts a nefarious plan and convinces Hall to steal the money and keep it for themselves. The conflict ensues and the two FBI agents hold Tom at the gunpoint to steal his money. The story takes another turn quickly when agent Baker unexpectedly arrives at the scene. Nivens shoots Baker, killing him, while Tom escapes with Annie.

Tom confesses everything to Annie and tells her to flee. However, Annie soon returns to her storage unit to retrieve security camera footage. Before she can flee away with the evidence incriminating Nivens and Hall, they show up and knock her unconscious. That is when Hall misleads Nivens into thinking that Annie is dead and secretly grabs the evidence. Tom eventually finds Annie and take admits her to a hospital. Being framed for Baker’s murder, Tom escapes the police pursuit and fights Sean Meyers, telling him about what transpired. Meanwhile, Nivens arrives at the hospital to kill Annie. He fails to do so upon finding her under police protection.

After escaping the police pursuit, Tom confronts Hall in his home. Ensnaring him, Tom tries to convince Hall to hand over the security camera footage that will disclose the location where the money is kept and incriminate him and Nivens. Hall turns over the footage. Tom goes to Annie and gets her out of the hospital. He then drops her off at a safe location and heads for Nivens’ place. Tom destroys his house, but Nivens escapes to a safe house to meet up with Hall. Tom also arrives at the location and faces the two. There, Nivens finds out that Hall has given up the footage evidence, which enrages him. In a fit of rage, Nivens manages to kill Hall and injure Tom. Nivens escapes the scene but Tom one-ups him by anticipating his next move. With his talent for bomb-making, Tom plants a fake bomb in Nivens’ car. Nivens is compelled to call in the bomb squad and get the bomb defused. 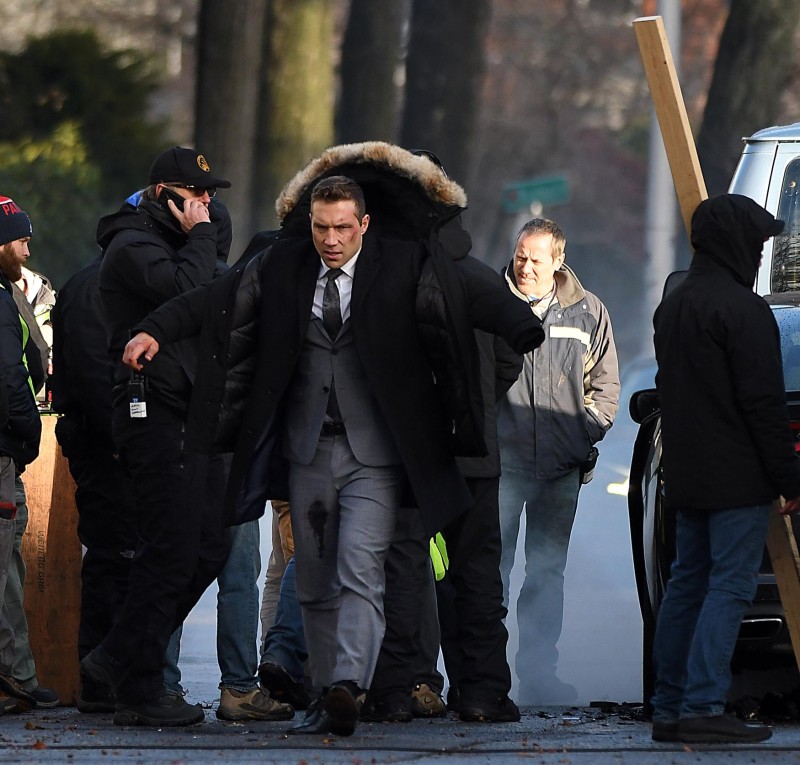 But soon, the police uncover the stolen money, which results in Nivens’ arrest. Agent Meyers gets a hold of a voice recorder that reveals a pre-gunfight conversation between Nivens and Hall. The voice recording proves Tom’s innocence. The film ends with Tom training himself and Meyers giving his word to reduce his sentence.

A Familiar Story With A Refreshing Distinctiveness

By now, Neeson has embraced his routine of starring in Taken-like films that rarely live up to the original. The pattern seems to be one where Neeson stars in a somewhat competent action joint, followed by an immediate dud. Honest Thief seems to lie somewhere in between those two ends. It is a surprisingly fresh take on the genre but soon devolves into the same clichés and tropes. The first 30 minutes or so seem to be promising, investing in characters and their development. Soon, however, the film picks up the pace and falls into the same old trappings of an average action film. Besides decent performances by lead stars Liam Neeson and Kate Walsh, the film doesn’t have many redeeming qualities. 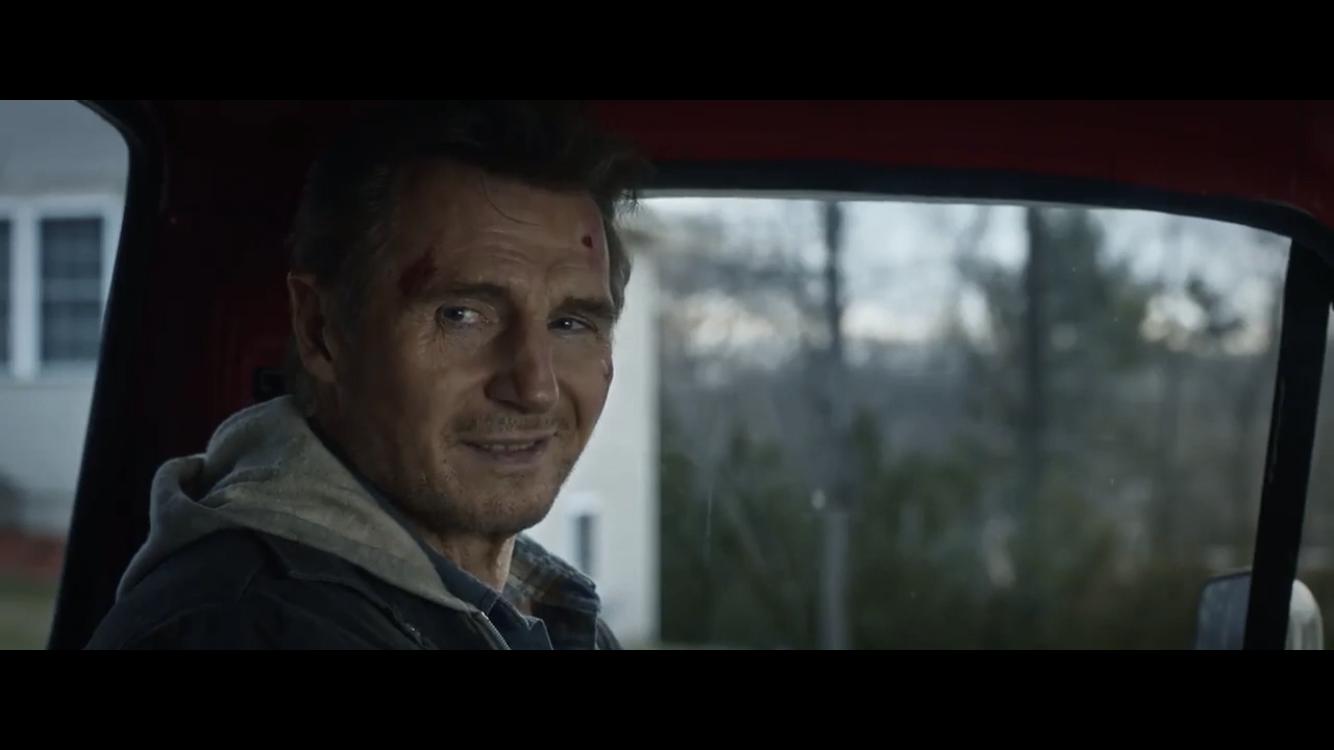 There are a lot of details that share an uncanny resemblance to all of Liam’s similar action pieces of the past. Liam stars as a retired tough guy, with a particular set of skills. The plot involves kidnap or harm to someone close to Liam’s character. Liam goes on a revenge-fueled spree, jam-packed with fast-paced action sequences. The film, as many of its spiritual predecessors, checks all of these boxes. The thing that this one does differently, however, is straying away from the redundancy of essentially the same plot points. That and the characters are not one-dimensional, only there to serve the plot.

What starts as a distinct story about a master thief falling in love with a woman and wanting to turn a new leaf, turns into the usual gritty action film Liam is now known for. The story of Tom’s and Annie’s love is believable and cute. And while the expected action sequences and unexpected twists are good, their writing and execution feel subpar. Talking about the redeeming qualities of the film, Liam is as usual committed to his character. He has a knack for making his characters believable, even in poorly written and shabbily executed films. He delivers a credible and great performance as the central character. One can argue that much of what makes the movie passable is Liam’s ability to give a strong and believable performance. 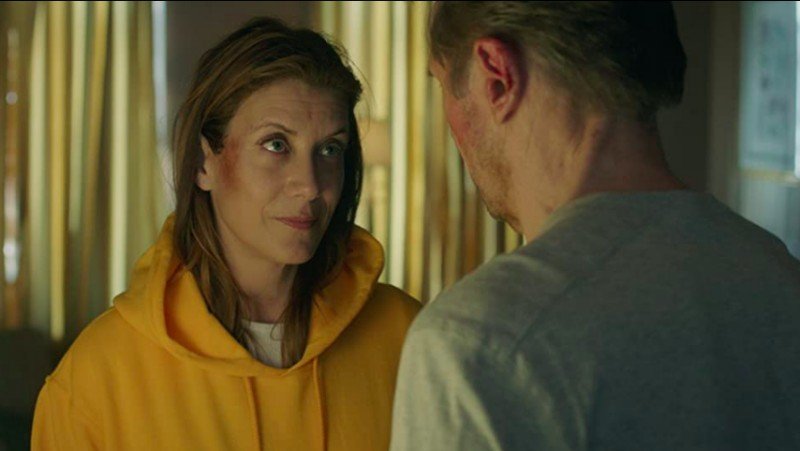 Liam’s love interest in the film, Annie – played wonderfully by Kate Walsh – is also more than just an underdeveloped character. This is refreshing since it is a common aspect of so many action thrillers like this film. Along with being a love interest of Tom, Annie is also intelligent and resourceful. Kate Walsh plays her character with commitment and believability. The love dynamic between Tom and Annie is one of the saving graces of the film.

A Passable Watch With Great Potential

The film also gives the supporting cast, some lines about things that are irrelevant to the plot. In that regard, the film sets itself apart from a lot of similar contemporary action vehicles. FBI agent Baker and Meyers talk about divorce and dogs, and Tom funnily quips about his moniker. The main antagonist of the film, Nivens, seems rather one-tone with not much to him other than greed. Jai Courtney does his best with whatever little he’s given to work with. Unfortunately, the second half of the film falters and does away with all the character development and humor. After the first half, the film seems to go the traditional route of car chases, fist-fights, and shoot-outs.

Despite a promising start, a great performance by Liam Neeson, fresh takes on the genre, and decent action sequences, the film is a disappointment. The reason is the film’s failure to build upon and develop the things it does right in the first half. The film has a lot of potentials but the script fails to do the justice the film deserves. All in all, Honest Thief is a refreshing, decent film that is pretty forgettable.