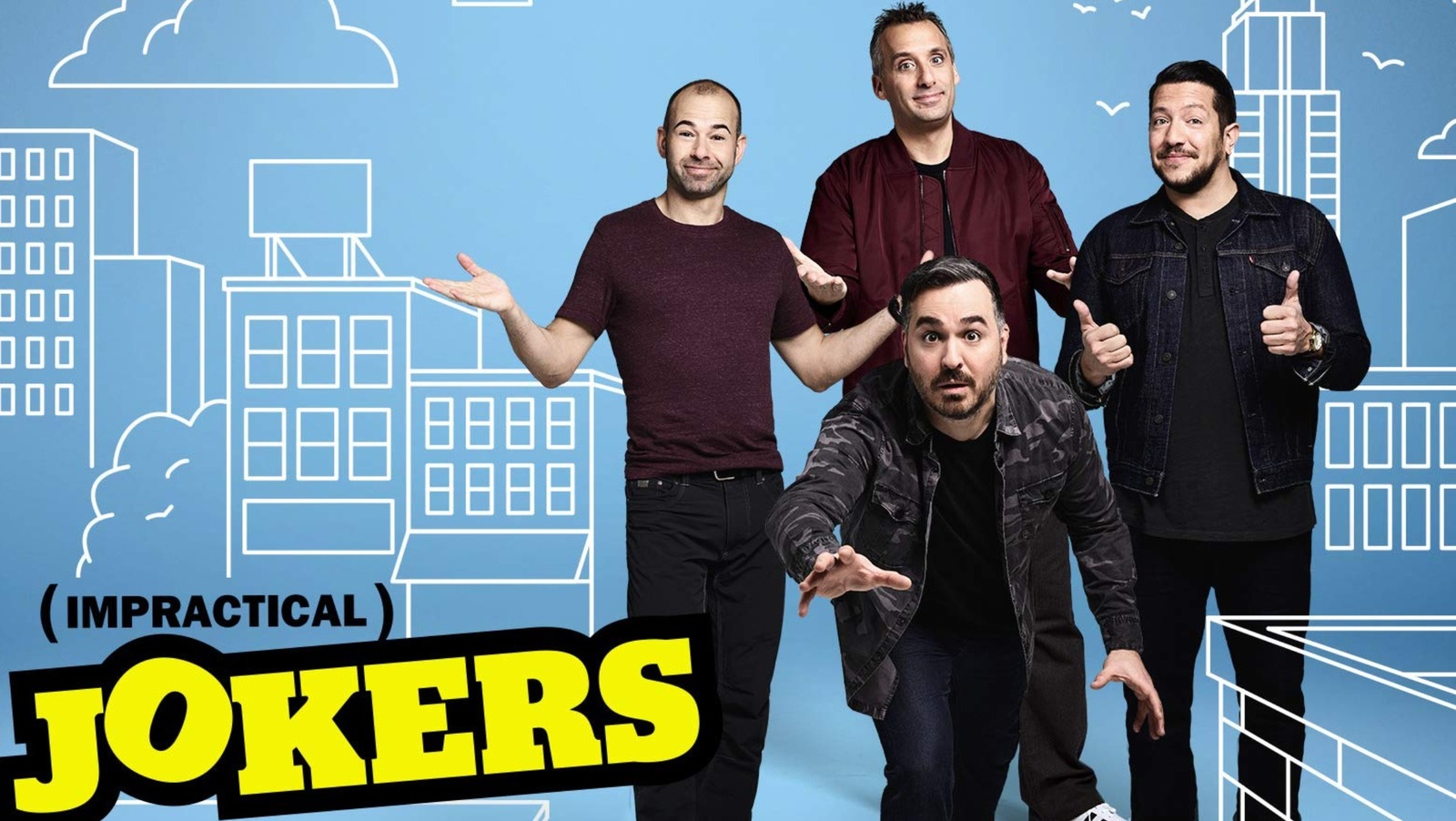 It has been a long time for fans to discuss Impractical Jokers season 9 preview and release date. Fans are also done with watching a lot of old rounds from the Tenderloins; therefore, the huge drought and wait for the ninth season of Impractical Jokers is going to over as the show is all set to launch soon on Tru TV.

Like any other TV show or movie production, the Impractical Jokers season 9 productions also had to stop due to the COVID-19 pandemic and lockdown. Also, last December, the show creators hosted a dinner party where they stated that they would soon start filming the show. Also, great news for all the fans is that the show creators have got many episodes in the bank to start the show, and they also released the launch date in late 2020.

According to the leaks, Impractical Jokers season, nine’s official launch date will be in early 2021. Stay tuned to fetch more information on the show’s plot and cast. In the meantime, the production team will have a lot of time to film the show as season 9 alone comprises 26 episodes. Now that we have some idea about the release date audience and fans don’t have much idea about the show, we are sure the new season will come with some beautiful and hilarious comedy sessions.

If you would like to hear the truth about the Impractical Jokers season 9 truths, then most of the official leaks suggest no plot for the Impractical Jokers season 9. All the episodes of season 9 would focus on the Tenderloins pulling each other with their elaborated prank in public. In simple words, the show’s real essence is “You refuse, You Lose,” where the losers have to face hilarious punishments, which are even more embarrassing than the pull-off pranks.

Also, there is no news regarding the season 9 trailer; therefore, it is an open gate for speculations to enter, and no one can exactly tell what’s going to happen in season 9 of the Impractical Jokers apart from the official production team of the show. One thing which can say with precision is the jokers will be even sharper, and the punishments will surely be intimidating.

As discussed previously, during the off-day from filming, the cast of the show was busy in an Impractical Jokers: Dinner party, which largely featured chatting sessions, eating, and lots of joking, obviously. The party also became a treasure for fans and media as we could get a lot of hints regarding season 9 from the party. Stay tuned for the release date and cast of the show. 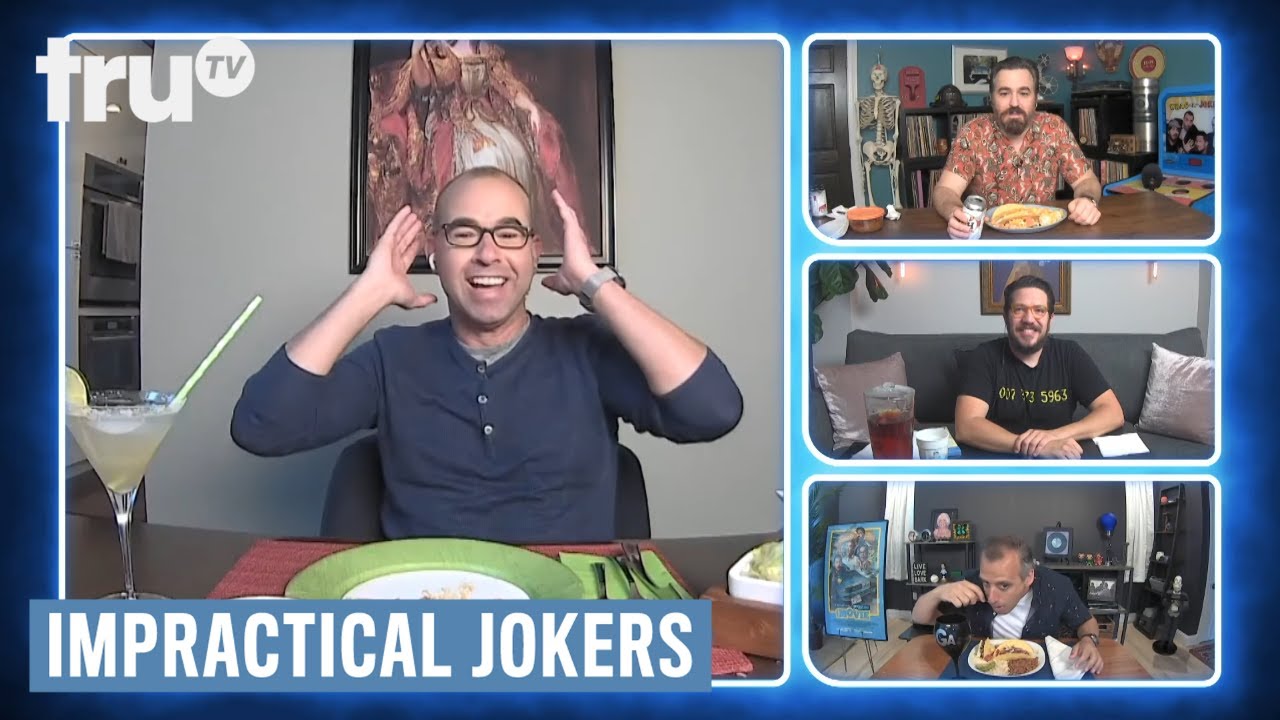 There is no doubt that promising friends Joe Gatto, James Murray “Murr,” Brian Quinn “Q,” and Sal Vulcano would be retained for the Impractical Jokers season 9. All the guys know each other from high school, where they started the Tenderloins in 1999. They had no turning back since the launch of the Tenderloins, and soon they made a loud presence in the field of the comedy with “Impractical Jokers.”

Even the global pandemic of COVID-19 could not stop them from bringing a brand new session of comedy for fans and audience who love watching the show. Fans who follow the show must be well-aware of the plot where most of the pranks would feature on New York City streets. Also, in the last few seasons, we also saw the intervention of celebrity guests like Guy Fieri, Fatone, Jeff Daniels, but now that there are strict protocols and precautions, we have to wait and see whether season 9 will also follow the same practice.

Tru TV is also keeping secrets for now regarding the Impractical Jokers season 9, but an official leak suggests that season 9 would feature 26 episodes.

Must Read: 6 Worst Things Voldemort Ever Did in the Harry Potter Movies

The new episodes of the show will also begin from where the last episode came to an end but with some notable updates. Now that the show is all set to launch on February 4, 2021, fans can rewatch the previous seasons to prepare for one more hilarious comedy session. Fans can watch all eight seasons of the Impractical Jokers on HBO Max.

Fans can also book their tickets for the show as the Tenderloins will invite an audience from spring 2021.

Must Read: 7 Best Longest Running Anime Series Of All Time