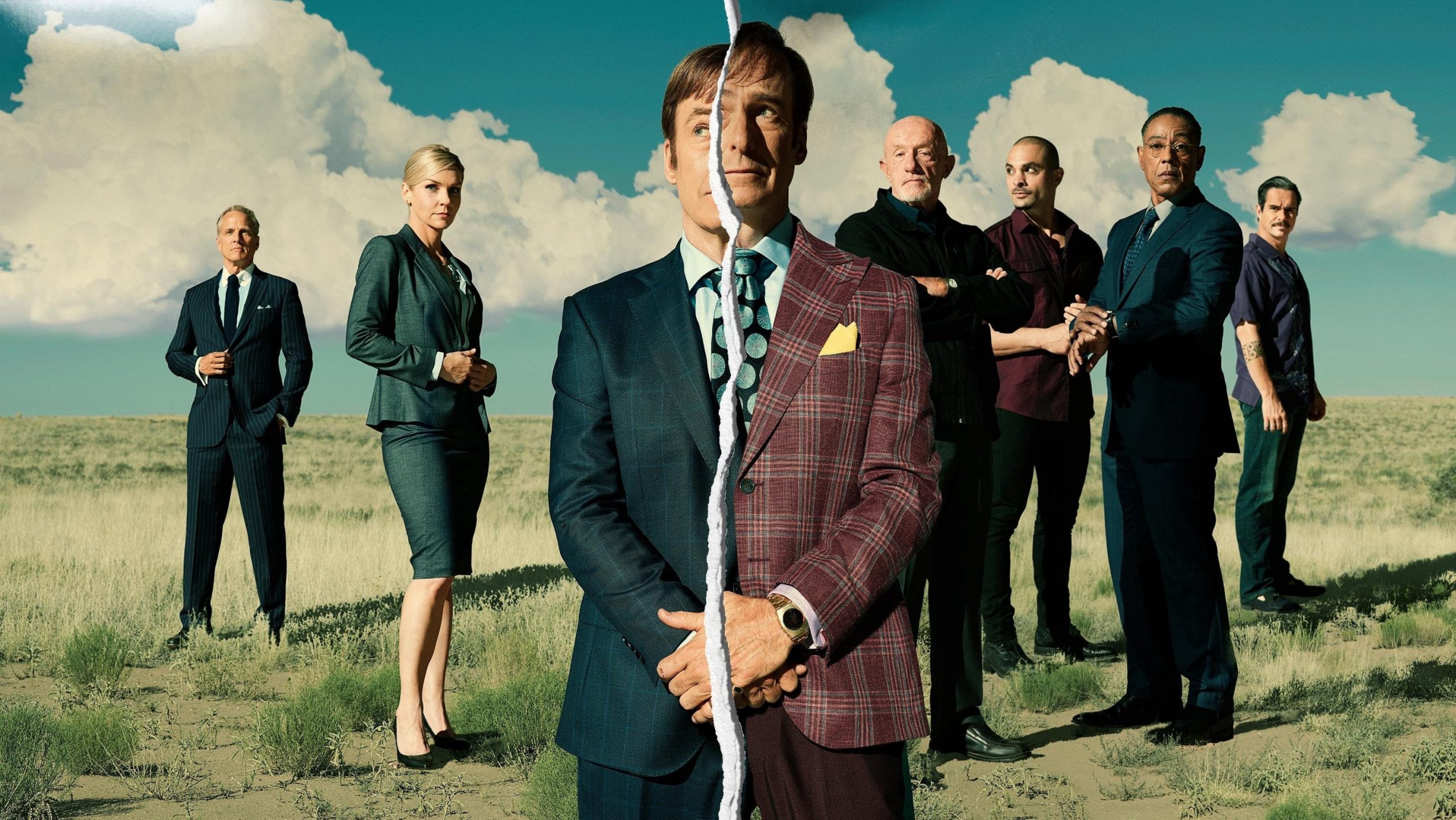 The season finale of Better Call Saul ‘Something Unforgivable’ is something unforgettable. It’s rarely that spin-offs do as good as Better Call Saul did. And that too in its fifth Season. This means to say that Season 5 of the show has been the best so far.

This post will revisit Better Call Saul from the days of Breaking Bad. Because frankly, that’s why the show birthed. For five straight Seasons, we waited for a kick-ass Saul Goodman moment in the show. And we finally got it in ‘Something Unforgivable.’ Jimmy McGill was seen in his absolute best and Hallelujah! For we couldn’t be less thankful for the show getting renewed for Season 5. It is pertinent to mention here Better Call Saul has only one Season left in the kitty. So here’s hoping the sixth picks pace and Jimmy McGill lives up to his moniker–Saul Goodman. The man finally got a grip over his reality, over who he is and will be. Saul hugged his dark side in the epic showdown of a finale.

Two people that struck us the most in the finale episode–Lalo and Kim. Let’s discuss the man of the hour, Lalo. For he survived the ambush at his home. Even though Lalo was outnumbered by the assassins, he still made it. The assailants couldn’t have gotten in if it wasn’t for the inside source who led them in. Breaking into Sr. Salamanca’s fortress wasn’t a cakewalk at all. 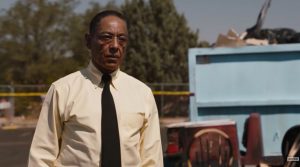 Here’s what we mean by Saul Goodman finally justifying his existence on the show. The finale gave a clear cut idea that Saul Goodman solely exists for Kim Wexler. Saul took a second seat next to Kim, but he did enable her. The turn of events in the finale was shuddering, and the fireworks only helped a bit. One of the many emotions that we felt were of fear and anger, both. But once Kim unveiled her ruthless veil, we loved every bit of it. Hence Saul existed just for Kim and Kim. She’s the real hero and the show protagonist. We are no more worried about Kim. What concerns us the most is the cliffhanger–who will Kim become in her next season? Or, who is she destined to become in the next season?

Kim took a brave stand and stood up to Lalo at the end. Kim’s evolution for foreshadowed a number of times before. The woman never backed down in the face of any challenge. She did as she was supposed to do. The finale was her moment. While Jimmy would cry and wallow over the system, Kim would take what she had and make the best of it. Kim belongs in the courtroom as much as she belongs outside the courtroom, chasing people into a stairwell. After the Kim and Lalo standoffish moment, the lady woke up the next day to learn that her client together with the case was dismissed. For a second we felt bad for Kim and the public defender clients for whom she worked. The Kim we knew wouldn’t give in so easy. So the moment she spotted the head of the public defender’s office, she ran after his life.

Kim’s image has suffered in the past, yes. But it’s stupid to think the public defender would let her go. In a heated dialogue, Kim asked to take care of twenty felonies. The man reminded her no matter what she did, her image couldn’t be saved anymore. It was too late for Kim to save her image by taking twenty-something-felonies off his hand. It didn’t matter how many cases she took, her image was irredeemable. But the Kim we know would laugh aloud at these accusations and deprecation. After an eternity rested solely in accusations and suggestions, Kim could manage to come up with an, “Is that all?”

Jimmy’s influence was also discussed briefly. That he did Kim no good, he was the reason why Kim quit Schweikart & Cokely (which obviously isn’t the case). And the future prospects of Kim and Jimmy working together. His mental state and her irredeemable image wouldn’t make a good match for the two of them in the future. Jimmy’s influence over Kim hasn’t exactly been good, she was warned, her chosen career path was a direct result of Jimmy’s influence over her. For now, Kim’s effort to salvage her image was met with mockery and ridicule. Nothing she does would make up for what she’s done in the past. Jimmy is mainly responsible for that. Kim walks off the standoffish moment to contemplate her options. To her, retrieving Wexler-McGill wouldn’t be so bad. She’s reminded of her glory days as she heads back to the hotel. It could be one of the things that she does.

What haunts her is how Lalo Salamanca and the cartel will affect her, that their paths wouldn’t cross is highly in the future. Given there’s only one season left, we wouldn’t expect anything less than an epic showdown between the four of them. Kim is briefly relieved to know that the hour of danger is past her and Jimmy. But brief is the world. She collapses into a world of what this freedom could mean for her and Jimmy. Kim emerges as the most anticipatory character of Better Call Saul. The future course of events would be entailed in season 6. We couldn’t be more excited about Kim and Jimmy. 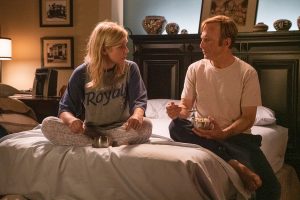 Jimmy shone the moment he opened up to Mike about the desert and Lalo’s shadow that loomed large over the two. It may look like the moment of peace has finally arrived, but the peace that Jim and Kim are dreaming of (but, are they?) is unattainable for one whole season. But from what we know, we’d place our bets on Jimmy and Kim– for they have survived every life-threatening, apocalyptic emergency, which also included toying with the legal system. It’s not over, for now, Lalo and his organization aren’t exactly sleeping on the two. The endgame is just beginning.