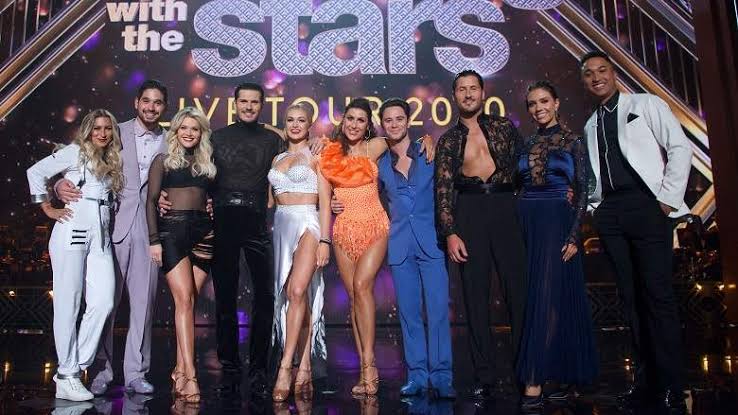 For tonight’s episode of Dancing With The Stars (28×7), the couples will perform a spooky opening dance. There will be a round of individual competitive performances too. Next, you will see the contestants tackle an additional round of two Halloween team dances.

Here are the essential details surrounding “Halloween,” Season 28 Episode 7 of Dancing With The Stars:

Show: Dancing With The Stars

This is the seventh week of Halloween Night on        “Dancing With the Stars,” and guess who has pulled the worst trick of all? The fans. We say this because one of the teams is going to be stuck with Sean Spicer. In Week 6, Episode 6 was shocking, to say the least, with the elimination of Ally Brooke and Sailor Brinkley-Cook. Sailer was kicked out of the show in tears. As goes the skill level of the two teams, it is uneven for sure.

For this episode, the contestants have been divided into two teams, they are:

And these are the individual routines:

The featured songs for this particular episode include:

Songs featured include “Time Warp,” “Monster Mash,” Donna Summer’s “Bad Girls,” Chris Issak’s “Wicked Game,” Annie Lennox’s “I Put a Spell on You” and Ava Max’s “Sweet but Psycho.” The show will open with set to “Bad Guy” by Billie Eilish and “Come Along” by Cosmo Sheldrake, choreographed by Michael Rooney.