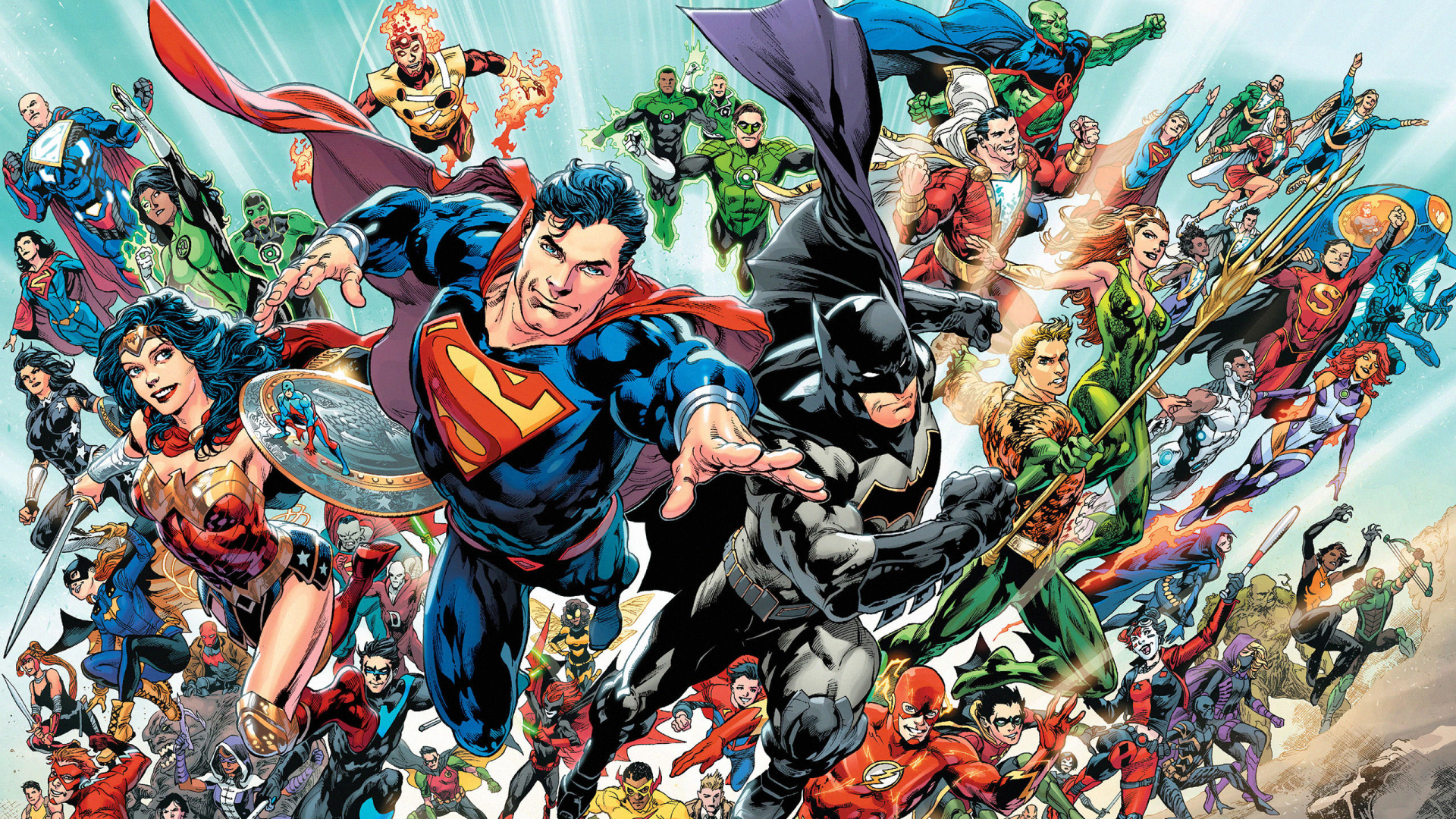 DC is known for making good animated shows from the shows like Super Friends from the 70s, their stellar adaptations from the pages of comics books to our tv screen the transition is amazing and great. These adaptations not only give good treatment to the source material but also make fandom for themselves. From Teen titans To Batman, every show that Dc has made are ranked up in this article.
Squad.

DC is at its prime and is the best universe comics have to offer, and may great stories and characters are brought to life through the animation medium.

Batman: TAS is arguably one of the best adaptations of batman ever produced from the pages of comics to the tv screens, it is considered a classic among the fans. It is a critically acclaimed series, best known for giving us, Harley Quinn who is not from the comics and is the original character made for the show. The series was praised for its thematic complexity, film noir aesthetics, darker tone, artistic presentation, and modernization of its title character’s crime-fighting origins.

Batman Beyond aka Batman of future is a series that we used to watch on tv every evening, first it got mixed reviews from critics but later gets a cult status among its fans for the portrayal of neo-Gothan and its cyberpunk setting. It also serves as the sequel to Batman Tas, it got canceled to get replaced by Justice league on the programming block on tv. In 2011 it got its separate comics.

Teen Titans are a team of superheroes mainly consists of Robin, Beast Boy, Cyborg, Starfire, and Raven. It is the first incarnation as an animated series of Teen Titans, It received cult status among all of DC fans and has a live-action adaptation in 2018.It has been nominated for 3 Annie Awards and has a special tv film which concluded the series.

Justice League is known for bringing us some iconic characters like Superman, Batman, Wonder Woman together to team up and fight the bad guys. It has 2 seasons, and then the series was renamed as Justice League Unlimited which is also a fan favorite series it is adapted from the Justice League of America Comics.

Young Justice is one of the series which features teenage and young adult superheroes who are somehow are also sidekicks of some famous characters like Batman, Green Arrow, etc. The show is no streaming on the DC universe and is renewed for a fourth season by its creators. It has may many elements that are similar to its comic book counterpart but its creator says that is it a different take from the comics and creates its own identity among the DC animated universe.

It is the first series in DC that is based on a supervillain from comics, currently airing on DC universe for its second season. The series gets positive reviews from critics and is a more mature take on the character and it is an R rated Tv show that is airing on the Dc streaming service. Harley serves as a center of the show and the rest of the characters including Batman and Joker are sort of side characters in the show.

The series is a modern take on the superman as it has the best storylines and has the best episodes in a superman series.
The series was the first of several followups of the acclaimed Batman: The Animated Series, and was equally acclaimed for the thematic complexity, quality animation, and writing, faithfulness to the source material, voice acting, maturity and modernization of the title character’s comic-book mythos.

Green Lantern is a flagship character thanks to Geoff Johns to make him a flagship character in the dc universe. It is the first CGI animated series that was made to run for Cartoon Network,s DC nation programming block. It generally got praise but was canceled by DC due to less number of toy sales and a recent flopped Green Lantern film which had an adverse effect on the show.

It is the CG series that first got bad reviews for the early looks, but when the series debut on Cartoon Network it got praised. It has a unique style and is the first batman series which shows other batman villains like Anarchy and Magpie, who previously were limited to comics. Most of its animation is done in India, It is a dark take on the caped crusader. Katana is the new sidekick of Batman in this series and serves as the new robin.

Vigil Hawkins is known as a superhero name static, it is a series that is made for the young audience at that time. It is one of the first superhero shows that features a black superhero as its titular character. Kids used to love this show, the show air time was a short-run bit still remains a fan favorite.