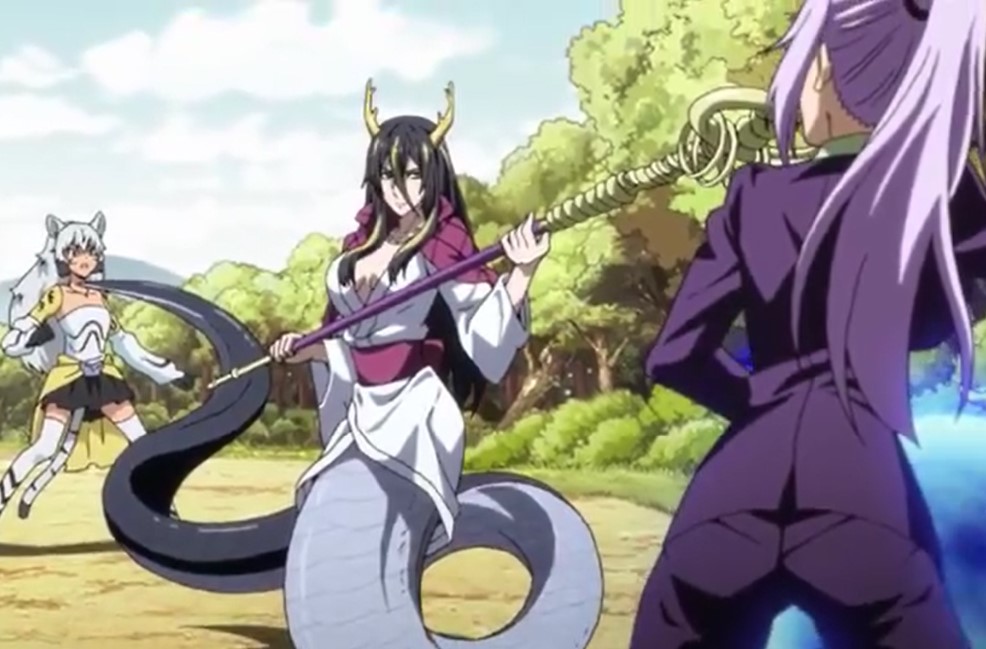 The delegation from the Animal Kingdom of Erazania sent by the Demon Lord Carrion arrives in Tempest. Animal Kindom messenger clashed with the Tempest soldiers due to some misunderstandings. Albis and Rimuru watch as Shion and Suphia continues with the battle. The two are evenly matched, and they land attacks that pushed both of them backward. Suphia asks Shion if it is that all the strength a Kijin has, and if not, she can entertain her more.

Veldora notices that Shion has unleashed a maximum Magic Bullet since she can accept a defeat. Rimuru asks Shion to stop since that attack can blast everything around. Suphia tells her to bring it, and Rimuru thinks that Suphia won’t be able to handle it. Rimuru asks herself if there will be anything left of her after receiving that powerful blow. Albis realizes that the attack is too dangerous and teleport between Suphia and Shion. 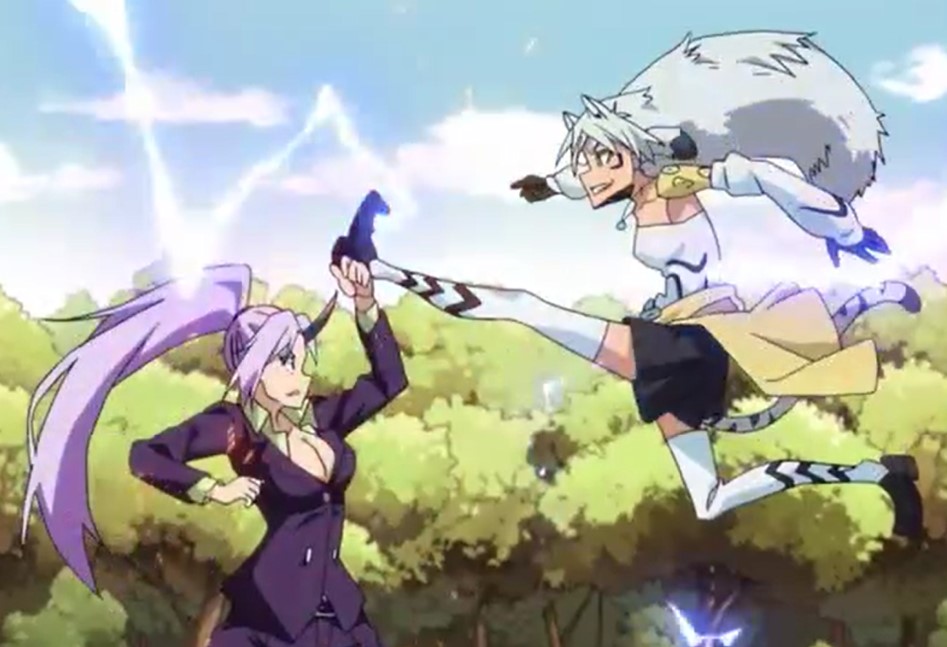 Previously on That Time, I Got Reincarnated as a Slime Season 2 Episode 2

Albis told them that they could stop; they have seen enough. Rimuru asks if they have passed, and Albis said yes. Other fighters drawback their weapon, and Rimuru comments that they were just testing them. Suphia said that Tempest Warriors were impressive, and it will good to make an alliance with them since they are their equals. Suphia raises her hand, saying anyone who underestimates the leader of Jura Tempest Rimuru.

They should be considered an insult to Lord Carrion. The Animal Kingdom agrees with Suphia. Grucias is glad that he has managed to show his power during the test battle. He concludes that not many humans can keep with him during the battle. Rimuru is released since he was worried about the grand entrance of the Animal Kingdom warriors. They scared him since they did not hesitate to fight, but they were just testing g them if they are worthy of allying with them.

They didn’t want their Demon Lord’s honor to be disrespected by allying with the weaklings. Shuna is glad that everything went well after the test. The Tempest Warriors have proved that they are worthy of allying with the Animal Kingdom. Shion is trembling since she is still holding her Magic Bullet. She knows how to unleash it and attack. But she doesn’t know how to stop it. It means for her to stop it, she has to attack with it.

Suphia is shaking and advises Shion to aim the attack up, and she must force it. Rimuru notices that Shion won’t be able to do it in time, and he transform into his human form. He orders Shion to fire the attack on him, and he uses Glattony with one hand, and the attack vanishes inside his fist. Albis and Suphia are shocked since they know that they would not be able to stop the attack. 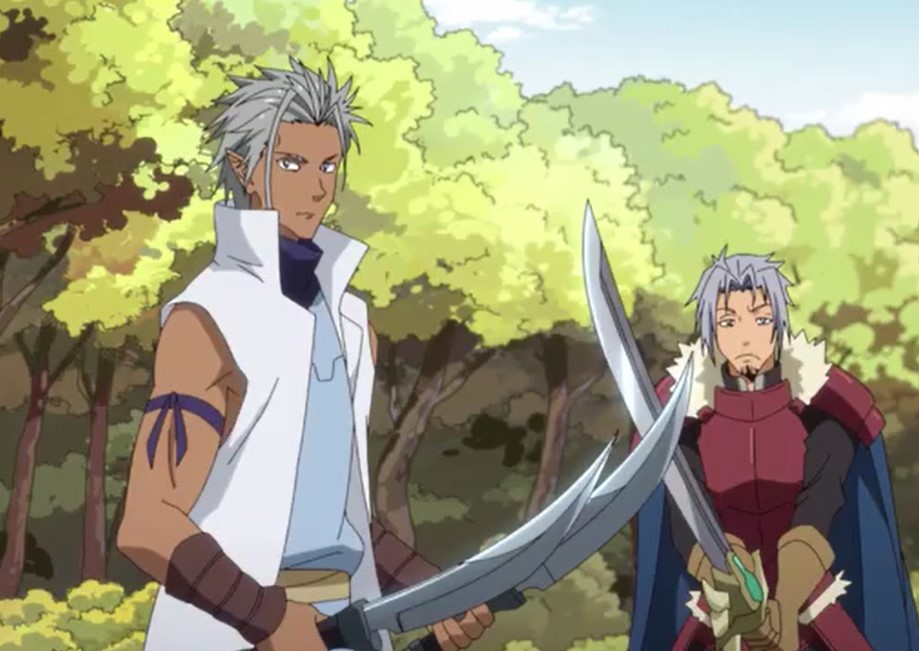 Veldora is the only one not surprised since he knows that his master can do more wonders than that. Albis comments that she can see why Lord Carrion approves of Rimuru. She also said that she is grateful that their nation is establishing a relationship with them. Rimuru welcomed the delegation from Eurazania. That night they made a welcome party which was held in the reception hall that was just completed.

Animal Kingdom Nation enjoyed eating food they never tasted before. Albis enjoyed drinking booze, and Rimuru couldn’t believe that she can drink more than five apple brandy alone. She said she shows this side of hers to those who she trusts. Albis started to like the booze of the Tempest kingdom. She said that they have a lot of fruits in Eurzania she can arrange for them to be sent here.

Rimuru agrees and Alibis, along with Suphia, looks at him, and Rimuru realizes that they will exchange fruits with booze. Rimuru asks they are making a deal at what ratio. Albis said that she likes good booze, and Eurazania’s fruit is top quality. They will get the best since they are offering her good booze, and Rimuru calls Koby. He reveals that Koby is a merchant; he is putting him in charge of the trade between Animal Kingdom and Tempest.

The next day Benumaru and Rigur return from the Animal Kingdom. They report to Rmuru how good they were treated when they were there. Banimaru also said that the Demon Lord also help them with their training. After a few days, Rimuru decides that it is his turn to go out, and he heads to Dwargon. He was accompanied by six Gobling Riders, including Gobta and Gobzo. They are going to meet with King Gazel.

That what the latest episode has to offer for us; try other updates here; That Time I Got Reincarnated as a Slime Season 2 Episode 2.