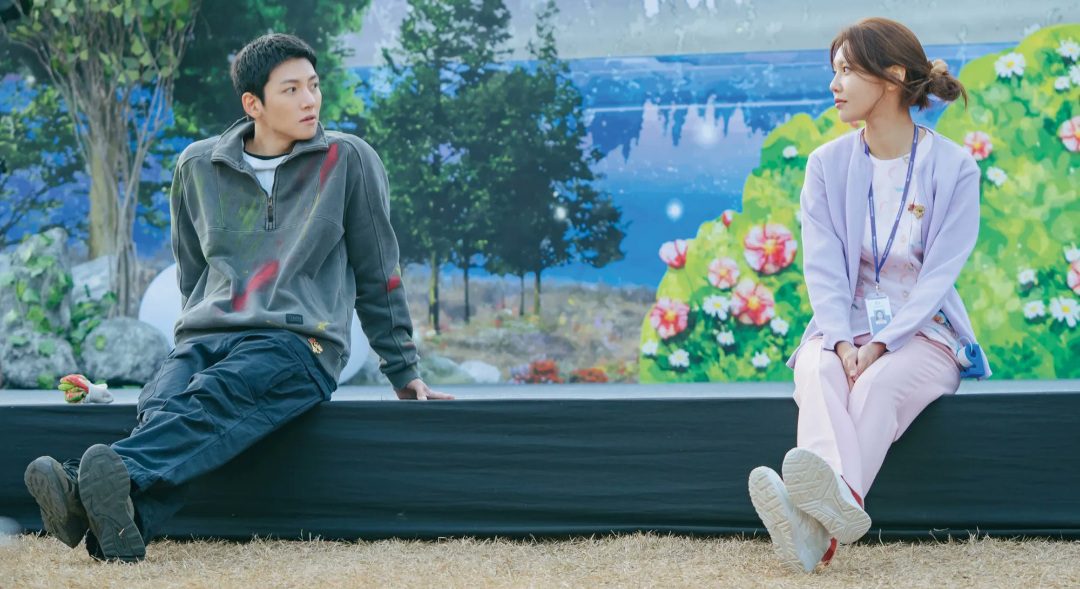 If You Wish Upon Me Episode 13 will stand at a crucial point where everyone’s past will come to the forefront. There must be a reason why Ki Joon lay unconscious in front of the other members of the hospice and behave differently around Gyeo Ree. The question remains, why did he leave the photograph of Gyeo Ree and him in his room? For whom to see? Does that mean he knows that Gyeo Ree is his son?

Gyeo Ree always wanted a happy and normal life, just like everyone else. However, life has been difficult for him to say the least. He still is not free from Jun Kyung and eventually, when he was starting to get all the love at the hospice, his father appeared. Meanwhile, how will everyone at the hospice react after knowing about the past of Gyeo Ree related to Ki Joon? To know more keep watching the upcoming episodes of If You Wish Upon Me.

If You Wish Upon Me Episode 12 Recap

Gyeo Ree faces his past once more when his path crossed with the mysterious man from Room No. 403. For the longest time, the people at the hospice have kept it a secret for the sake of Mr. Kang. Gyeo Ree even asked Yeon Joo multiple times regarding the secrecy that is around that room, however, every time she denied any kind of information to him. 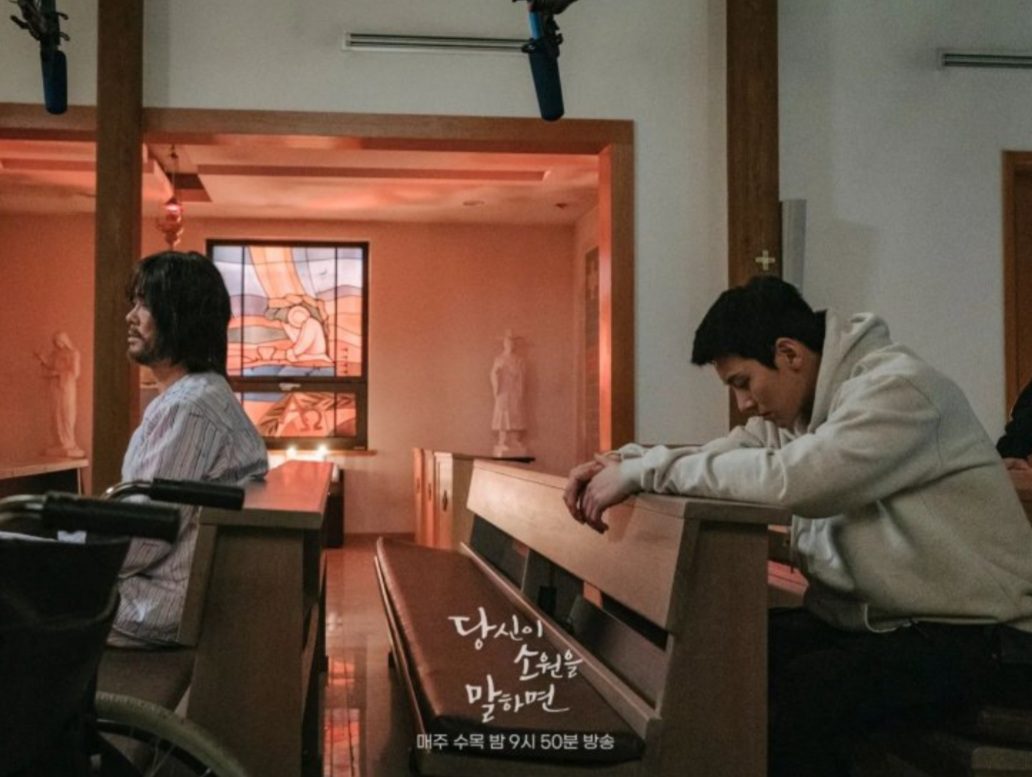 Gyeo Ree And The Patient From Room No.403

Now, Gyeo Ree knows that the man is no more unconscious. We also know that before this he has been walking around the hospice with sharp objects while making everyone believe that he still has not regained his consciousness.

Meanwhile, Gyeo Ree saw a kid in the corridor, and later it was revealed that he was related to one of the patients of the hospice. Gyeo Ree tried a lot to convey the sensitive information regarding the patient in the room to Yeon Joo however, somehow couldn’t. 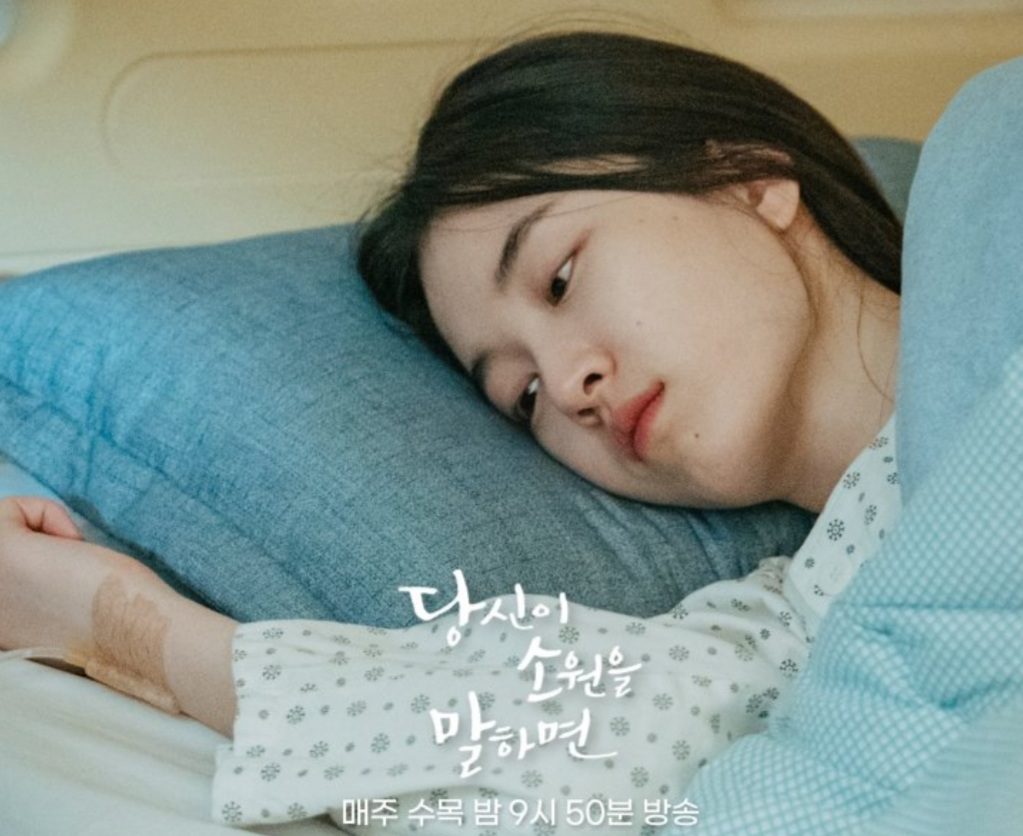 Jun Kyung At The Hospital

Meanwhile, after Mr. Kang went for his chemo the entire hospice was missing him, though  Yeon Joo was the most affected. He was like a father figure to her. However, Gyeo Ree seemed to be unaware of this, so he was a bit disappointed that she didn’t inform him.

Coming to Jun Kyung, if she needs someone to love her, is herself. She never loved Gyeo Ree in the first place, otherwise, this feeling of ownership wouldn’t have arisen. Time and again, she threatens Seok Joon to bring Gyeo Ree back into her life and he somehow can’t get over his feelings for her.

Has Ki Joon Become The “Good Guy” That He’s Appearing To Be?

Ki Joon, the patient in Room No. 403, claims to have lost a majority of his memories. Gyeo Rye also, on the other hand, seems to have forgotten his father. They both have a conversation where Ki Joon mentions how he does register to have a son with whom he spent some happy moments.

A ghost from Gyeo Rye’s dark past is back.

Meanwhile, Gyeo Ree asked Yeon Joo about the possibility that what will happen if the patient in Room No. 403 awakes. To this her reaction expressed an urgency, to inform her if anything of that sort takes place.

Gyeo Ree later realized that Ki Joon has left, leaving behind a photo that symbolized that he was his father. A picture that screams of Gyeo Ree and him. For him it was soul-shattering. The person he despised throughout his life now has now returned.

If You Wish Upon Me Episode 13 Online Streaming Details

If You Wish Upon Me Episode 13 will be broadcasted on its original network, KBS2 ViuTV. For the international audience, the drama is available on the Rakuten Viki app and Wavve. In the Viki app, you will get the content in various languages.

To avail of the drama on the Rakuten Viki app, you will have to buy the Standard Viki pass. Choose a plan according to your convenience and then you are all set to watch the drama.

If You Wish Upon Me Episode 13 Release Date

If You Wish Upon Me Episode 13 will release on 21st September 2022. The drama releases every Wednesday and Thursday with an approximate duration of about 60-80 minutes.