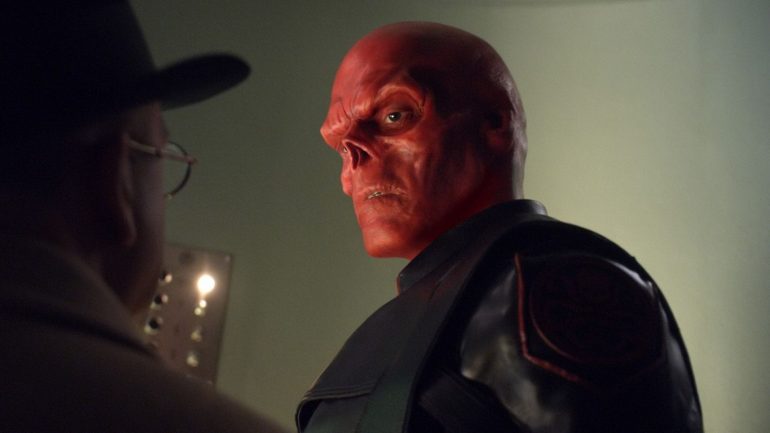 Will We See Red Skull In More MCU Movies?

At the end of Avengers: End Game, there were a number of questions MCU fans would have had, with one of those questions being about the future original enemy of Captain America, Red Skull. His story was previously thought to be finished in the MCU but a resurrection of sorts in Avengers: Infinity War showed us that we should we never assume anything. It turns out that Red Skull had been given the task of guarding the Soul Stone after his death for the last 90 years.

However, the Soul Stone had been recovered twice in two different timelines now, which means that technically, there are now two Red Skull’s in two different timelines that are free from the curse and duty of looking after the stone. As a result, I just had to ask Ross Marquand, the man behind Red Skull in both Avengers: Endgame and Avengers: Infinity War, what the future of the character was in the MCU.

During an exclusive interview with the actor at Supanova Melbourne 2020 for Nerds4Life’s YouTube channel, I asked his about several things, the most important being his role in future MCU movies. Mr Marquand did state that thus far, he had not been approached to work on any Marvel films in the near future and he hasn’t heard anything about Red Skull being in any either but he is confident that Red Skull will play a part in future movies.

Marquand went into his explained that now that Red Skull was free from the Soul Stone, he technically should be able to return to earth. However, he believes that this won’t be a Red Skull hell-bent on revenge and stronger than ever. No, this will be a different Red Skull, a man who has given up on his evil dreams and may even help the “good guys” in the future as well. Of course, this is all speculation still.

To watch the full interview with Ross Marquand at Supanova Melbourne 2020, you can via the link to Nerds4Life’s YouTube channel below.