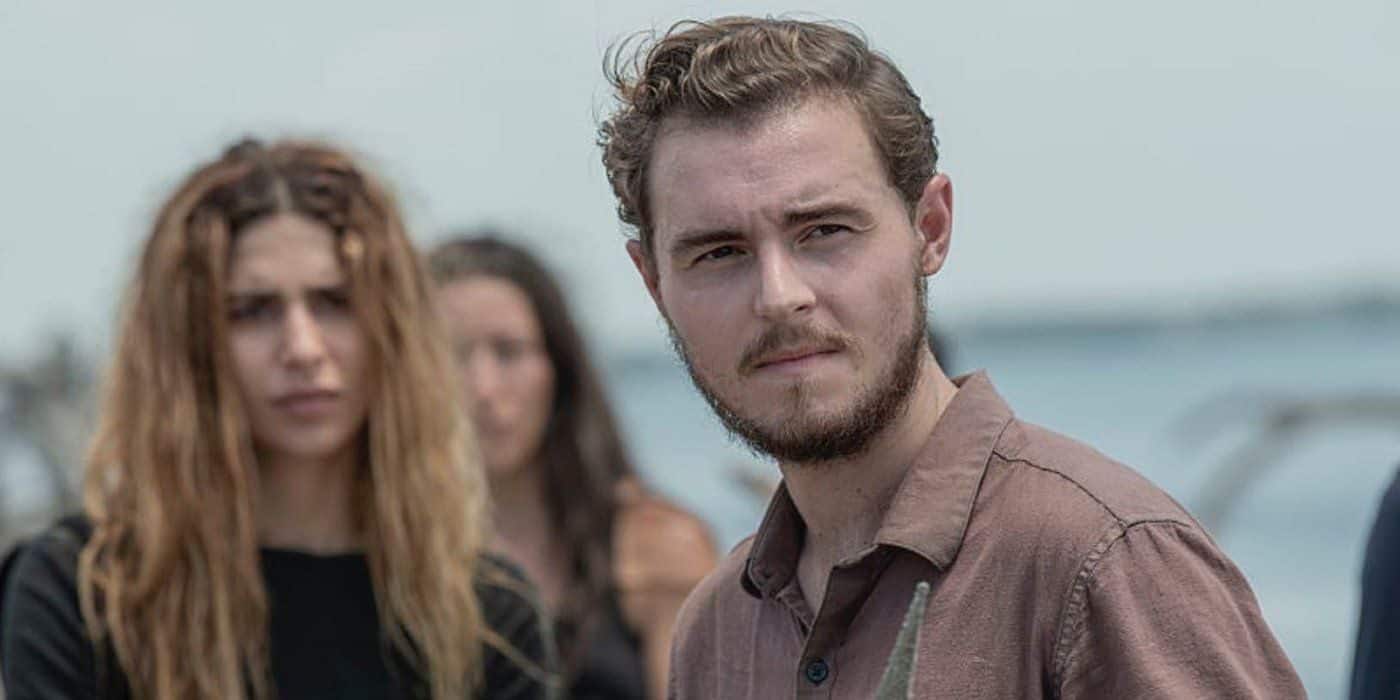 what episode does alden die in twd?

The iconic American post-apocalyptic television series The Walking Dead is finally coming to an epic end with 11 seasons run. As the original story is coming to an end, several pivotal characters go through a shocking turn of events while opening up to more possibilities in the upcoming spinoffs.

While talking about the thrilling fight, series showrunner Angela Kang revealed how the crew members had to change up the walker process with screen-printed masks due to the pandemic. One of the key series actor Callan McAuliffe who portrayed the role of Alden, recently applauded episode director Jon Amiel for treating the moment between Alden and Maggie with a little more humanity than perhaps is typical of the walkers.

Fans can see the final season of “The Walking Dead” continues on AMC and can also stream the episodes a week early on AMC+. What happened to Alden in The Walking Dead? Let us find out in what episode Alden died in TWD.

What Episode Does Alden Die In The Walking Dead?

Alden died in the third episode of Season 11, titled “Hunted.” In a fierce battle, Alden manages to fight off Reapers with Maggie and Negan as they look out for the supplies to bring to the Hilltop. 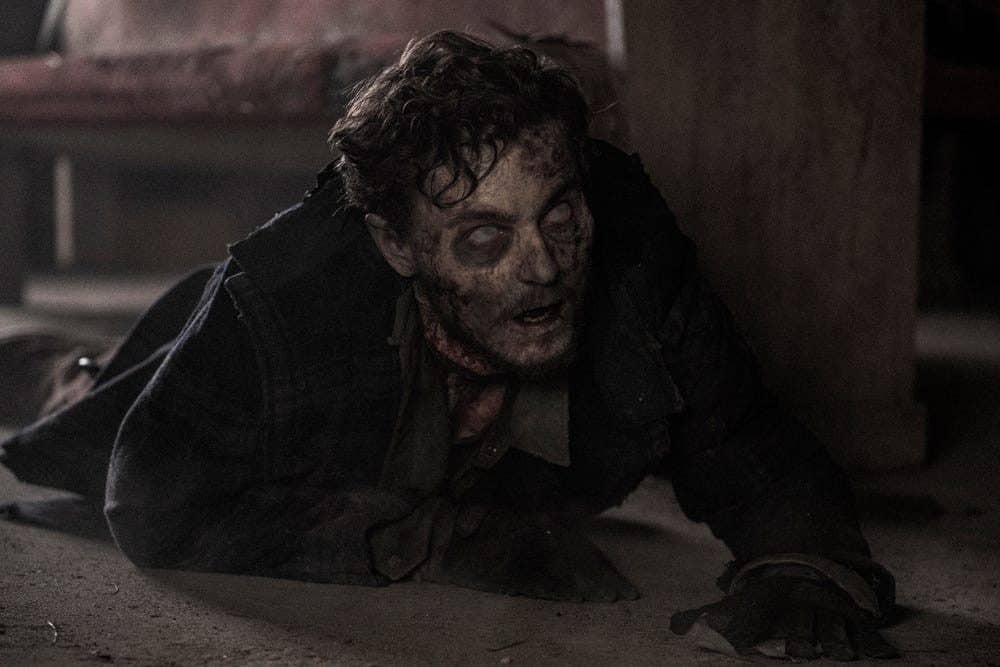 What episode does Alden die in twd?

However, it all comes to a grim end in Episode 3 of the final season of The Walking Dead, as Alden is fatally wounded, and the Reapers have managed to kill off both Cole and Roy while leaving Negan and Gabriel wounded.

As Alden is badly wounded, Maggie and Negan help him and take him to an old church as fans can connect, the reference where Alden calls himself a dead man working as he sacrifices himself so that his friends do not slow down for him.

McAuliffe’s role as the former Savior started in the show’s eighth season. It was after the meeting that Maggie Alden was motivated to join her Hilltop community.

Also, read What Episode Does Lori Grimes Die In The Walking Dead? Emotional And Impactful

What Happens to Alden in The Walking Dead?

As a wounded Alden seemed refuge in an abandoned church with Negan (Jeffrey Dean Morgan) and Maggie (Lauren Cohan), Alden slowly gives up, succumbs to his wounds, and eventually turns into a walker. Alden’s sacrifice helps his fellow friends Negan and Maggie, and Daryl can take down the Reapers on time.

#TWDFamily! Do you know the episode title these pictures are from? pic.twitter.com/sRoc6p0RW2

Maggie manages to fight off the Reapers, except for Leah (played by Lynn Collins). While talking about the grim scene of Alden’s death, actor Callan explained how, on the day of filming, he had a throat slit prosthetic, and both of his legs were broken, which is why he was seen crawling. This is how McAuliffe explains the scene where Maggie finds Alden in the church.

Callan McAuliffe Opens Up About His Character!

Actor Callan McAuliffe revealed how series showrunner Angela Kang gave him enough heads up to ensure that the actor had time to prepare for the big moment of shock in the series finale. The series star admitted that he lasted on the show much longer than he thought he was going to but further added that he kind of always been quietly anticipating that the call would come. 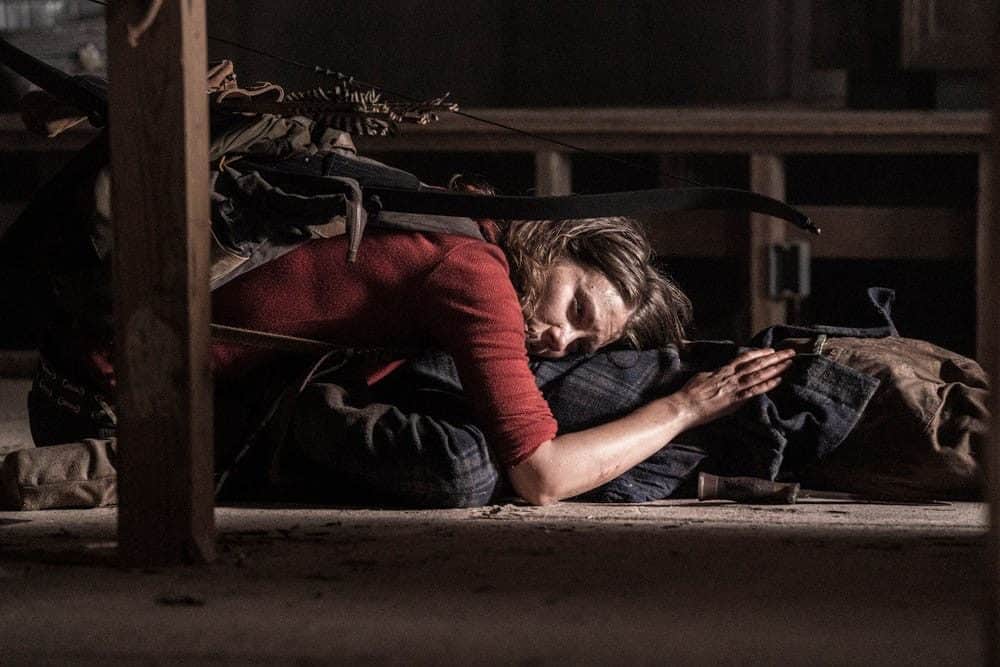 What episode does Alden die in twd?

While talking about the big moment, Kang called her a few times, and that fear had been diluted over the years. Callan explained how as the time finally came, he realized how he had a good run.

Callan McAuliffe explained how he was looking forward to getting the walker treatment as it was somewhat of a rite of passage for him. The actor revealed how he did not have to have a full-body or full-face prosthetic while referring to his character’s transformation into the crawling walker.

The actor further added how he did not have to undergo that lengthy head molding process that some of the other cast members were subjected to in the series.

Also read: 38 Movies Like Fantastic Mr. Fox That You Need To Watch