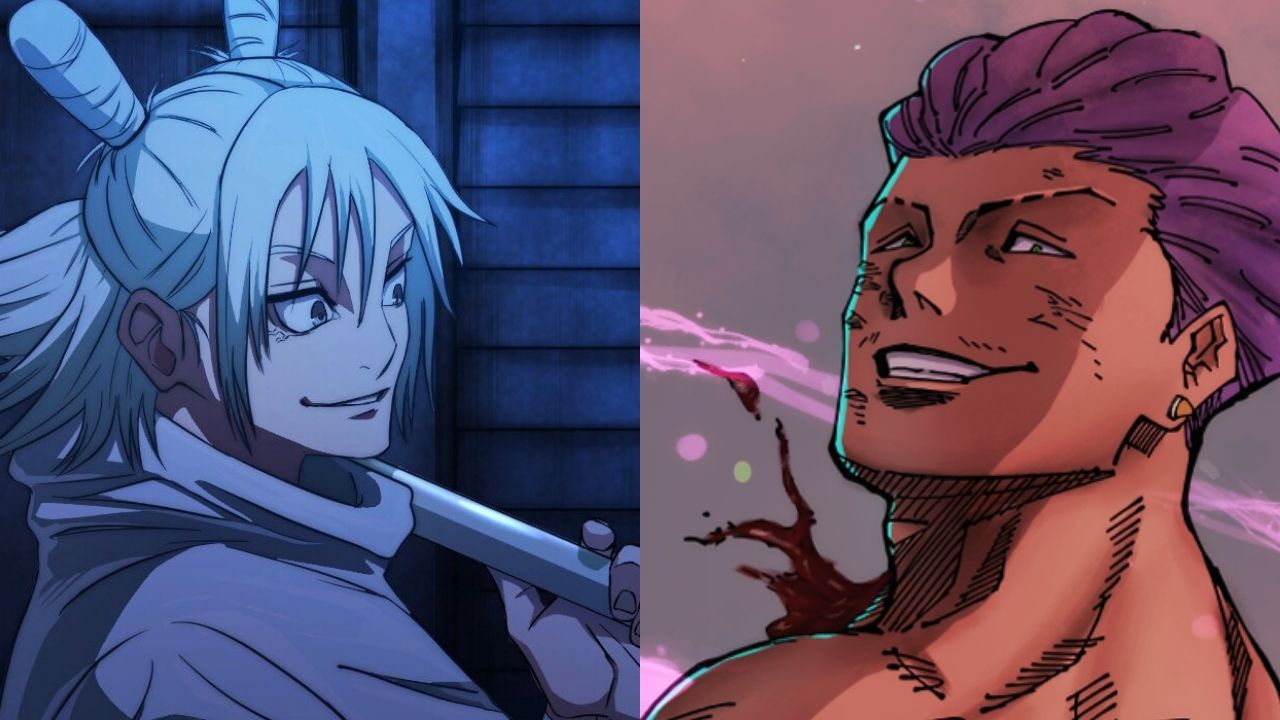 The raw scans and spoilers for Jujutsu Kaisen Chapter 190 are out and fans are going crazy with the outcome. Yes, the nail-biting battle against the Kinji Hakari and Hajime Kashimo has been going on since chapter 186 and the battle has concluded in the latest chapter. Although the outcomes were expected it was still an exciting fight. Ever since the Culling game arc started, Gege Akutami sensei has been using a pattern for each colony. So far we have seen three colonies starting with Tokyo no.1, Sendai Colony, and Tokyo No.2 Colony. The raw scans and spoilers for Jujutsu Kaisen Chapter 190 besides concluding the fight between Hikari and Kashimo hinted at the next colony with a new character focus.

The battle under the water has come to an end with Kashimo releasing his cursed energy into the seawater which transformed into thermal energy due to sodium chloride in the water and caused a steam explosion. Panda has indeed survived the fight and he is all well. Although he has shrunk to a size of a small plushie which makes him even cuter and Panda also sees Hikari’s left fist lying around the surface. Kashimo comes out of the explosion thinking that Hikari might be dead, however, Hikari comes punches Kashimo. 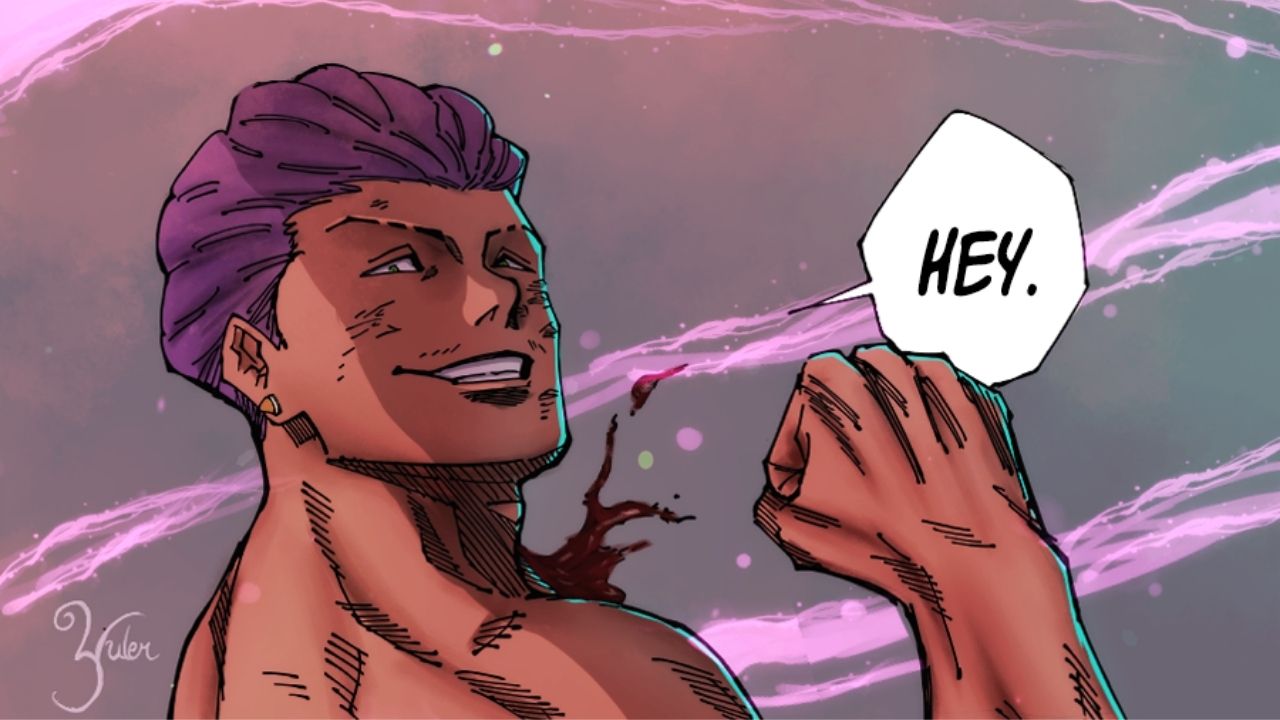 We learn that, when Kashimo released his cursed energy into the seawater, he made sure to take Hikari’s left arm so that he could not make a hand sign to form a domain. However, Hikari made a binding vow to sacrifice his left arm and protect his whole body. With no cursed energy left, Kashimo tells Hikari to kill him already but since Hikari wants the 100 points to add a new rule he won’t kill him. Hikari also tells him that he did not actually win this fight because Kashimo did not even use his cursed technique. Kashimo tells him that he could use his cursed technique only once and he will use it against Sukuna only. He makes a deal with Kashimo that he will let him fight Sukuna and until then he will be with them.

Putting Up the New Rule!

Hikari leaves and meets up with Charles and they talk about his inspiration to become a Mangaka. Later, Nishimiya arrives and they discuss which new rule they should add to the culling game. She tells him that they delay putting up the rule to communicate within the colonies because of Ui Ui’s cursed technique. And they also need not put rule no.4 which will let them enter and exit colonies at will because Maki can do it at will. Upon hearing this, Hakari is surprised and asks how come Maki can enter and exit the colonies at will. “Because she has become a MONSTER” Nishimiya replies. 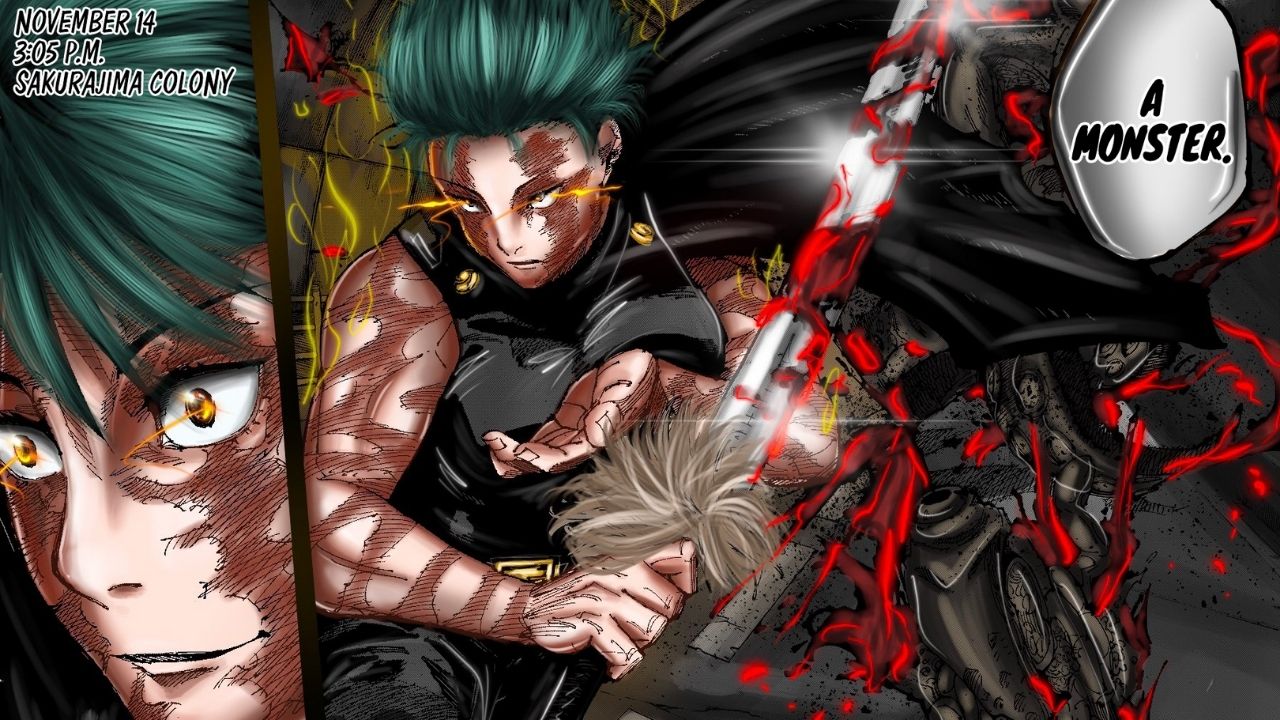 Maki And Noritoshi in Sakurajima Colony

After massacring the entire Zenin clan Maki has entered the Sakurajima Colony and she is slaying all the cursed spirits. There, she meets Noritoshi who also has a new hairstyle. They both talk about their new appearances and compliment them. Noritoshi tells Maki that since the position of the Kamo family has fallen into someone’s else hands, he has been discarded from the family because he was a bastard in the family. 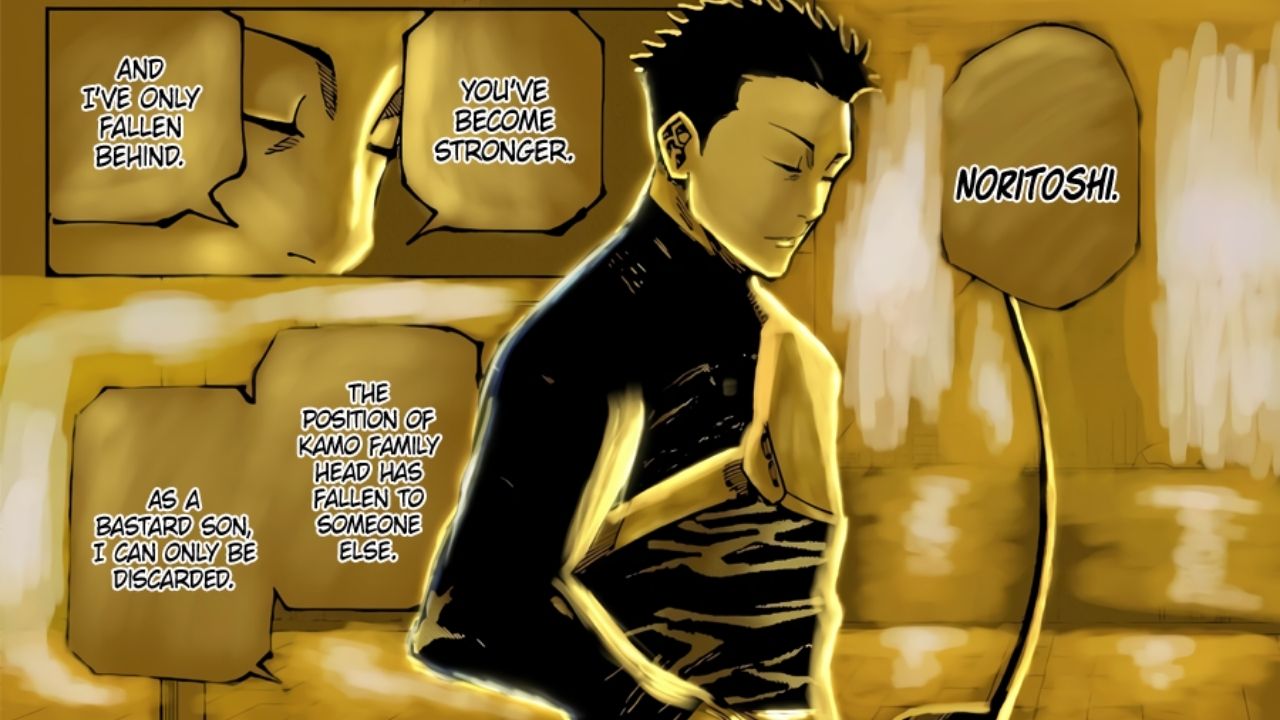 Since the curses and the sorcerers in the colony have been taken care of Noritoshi suggests that they should leave and meet with Ui Ui. Maki is hesitant to work with Ui Ui and Mei Mei since the siblings are only always scheming. Before they could conclude their conversation, a new curse spirit enters. 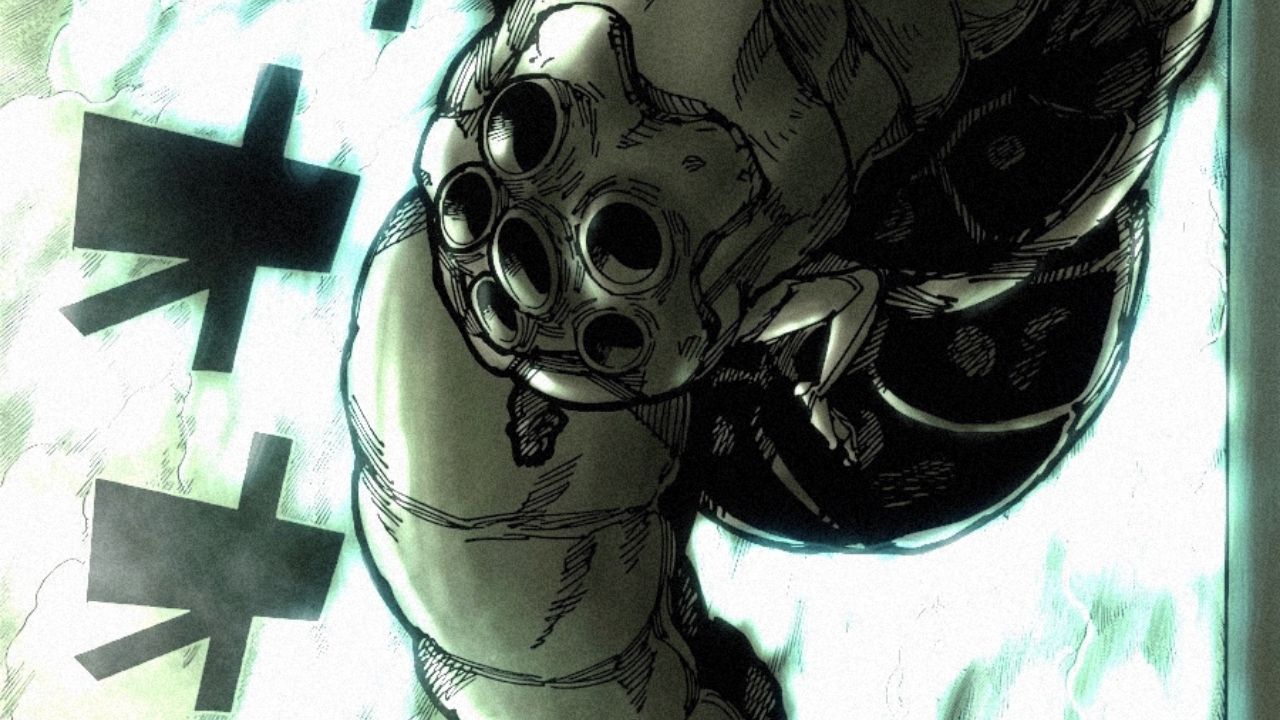 Jujutsu Kaisen Chapter 190 will be released on Sunday, 10th July 2022. You can read it for free on Viz once the chapter is released.