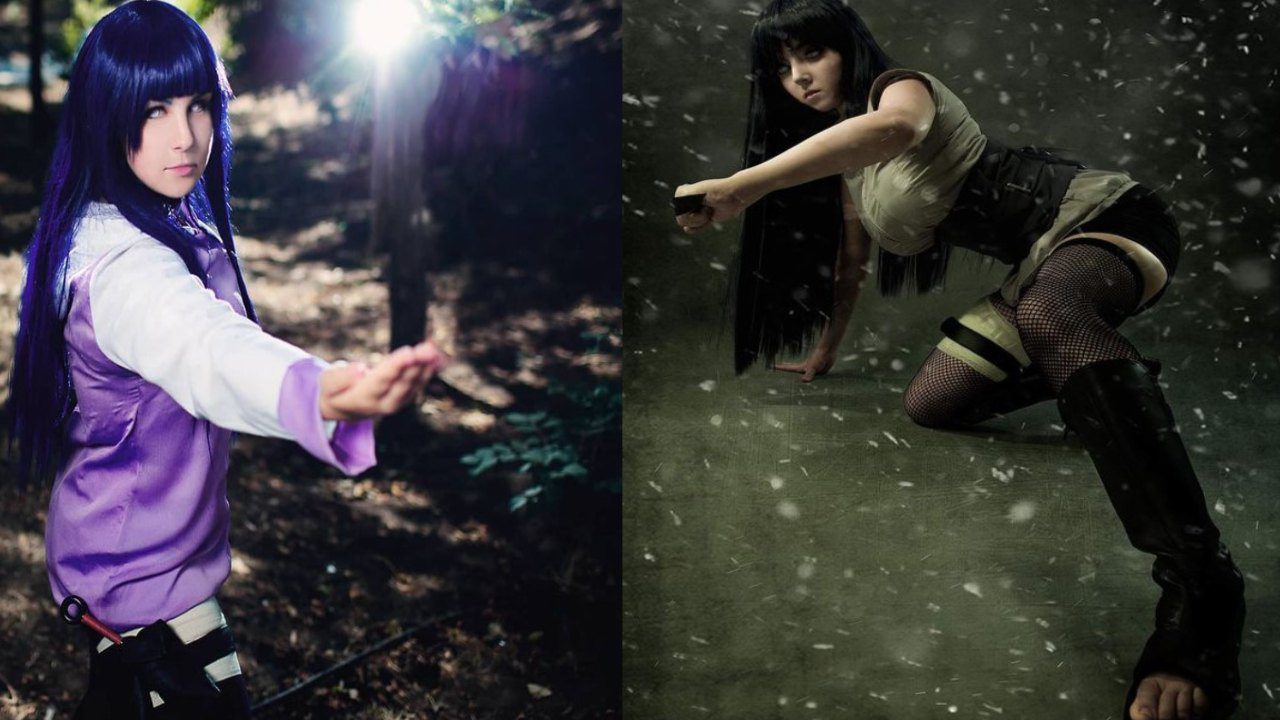 There is no shortage of Naruto cosplays, every major or minor character has some, but Hinata Hyuga Cosplays are a bit above the rest. The character is loved universally by all the fans and has remained a fan favorite to this day. Though she was introduced as a side character in the series, her crush for not, along with her popularity, kept on blooming as the series went ahead. She is also the reason why Sakura is not well received by the fans as much.

Although Sakura wasn’t well received from the get-go and her situation is so bad, fans aren’t even interested in her character development. But whatever Sakura lacked or had an issue with Hinata thrived in, and since she liked the main character, her approval was decided back then. And as the series has progressed, it is no doubt the attention moved to her.

The reasons mentioned above explain why Hinata Hyuga Cosplays are adored by fans. There are many of them, and fans can’t help but feel adored by them. Hinata has gone through many phases in the story, and this adds variety for cosplayers. From the young shy Hinata to the mature, caring wife of Naruto, there are many to choose from.

There can even be a selection of cosplayers who portrays the character and have them displayed side by side. Or a group of Hinata Hyuuga cosplays that represent multiple facets of the character’s life. It would be a blast if something like this was out there but let’s focus on the individual ones for the time being.

Here is the List of 10 Awesome Hinata Hyuga Cosplays

Bear in mind this is not a ranking of cosplays, all the entries in the list are entered randomly. The main purpose is to show the dedication of the people who put time, money, and work into achieving their character caricature. Also, some cosplayers went way and beyond in making their rendition of the character.

Hinata is one of the few characters in the anime world that went through a lot of changes which you will see in the list. So without further ado, below are the 10 awesome Hinata Hyuga Cosplays that even will leave Naruto speechless.

This cosplay is close to the first appearance of the character, and it also captures the timidness of quiet Hinata. For many fans, this is a nostalgic moment as this was also the reminder of Naruto overcoming his first obstacle. Although Hinata was undoubtedly stronger than Naruto due to her being from the Hyuga clan and their training.

But one thing that we always wonder about is how the Hyugas incorporate Chakra nature into their Byakugan. This is one of the things that never got explored in the series and had a big potential. Nevertheless, this Hinata Hyuga cosplay is a good throwback to the past. Shiro Ychigo gets a prop for capturing the character from way past. 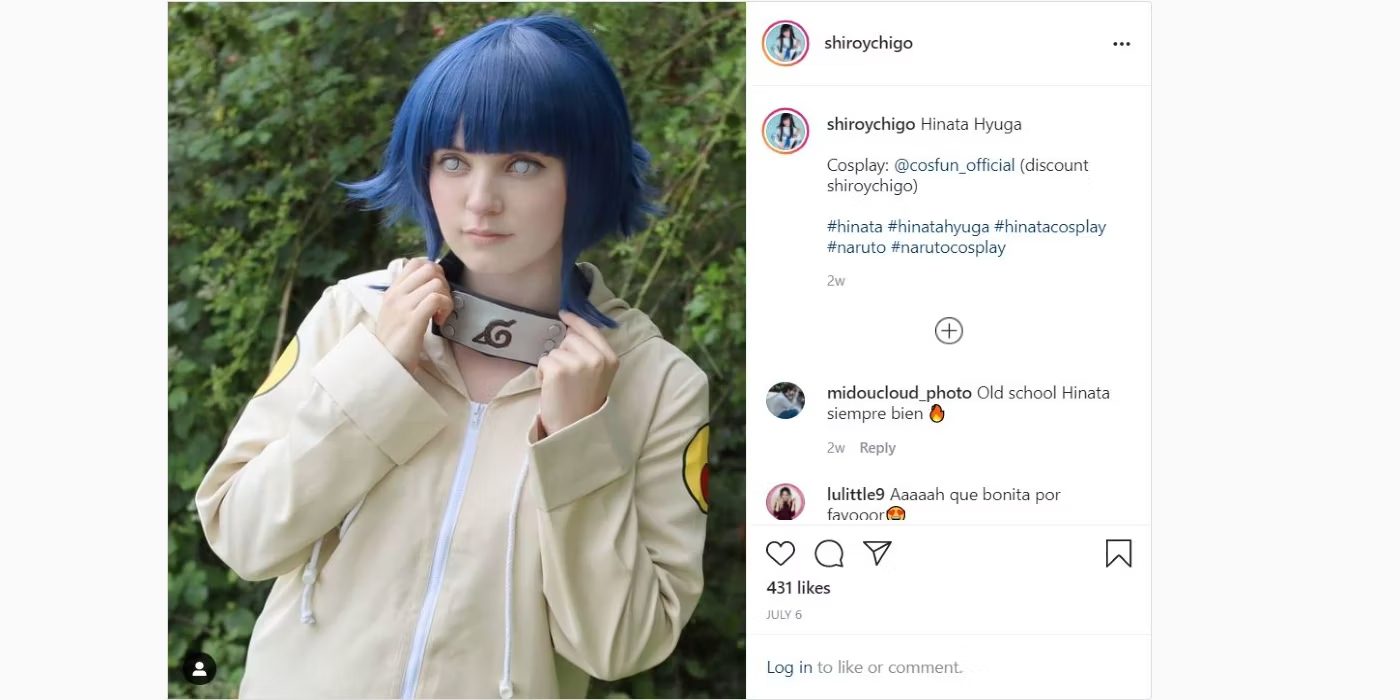 2. More of Young Hinata: It would be criminal to not mention this cosplay by Indi. She shows less shyness than in our previous entry, but that doesn’t make this Hinata Hyuga Cosplay any less good. A what-if scenario where Hinata wasn’t as timid springs to mind when you look at this display.

Indeed, the characters are not very much themselves if they act too out of their behavior, but this one doesn’t do the character injustice. Indi’s caricature of the character shows her to be less submissive and more open. Though it is not a thing that Hinata had when she was growing up, but a little alteration to the history could have led her to be like this. Like Tobi not going rogue when he was young. 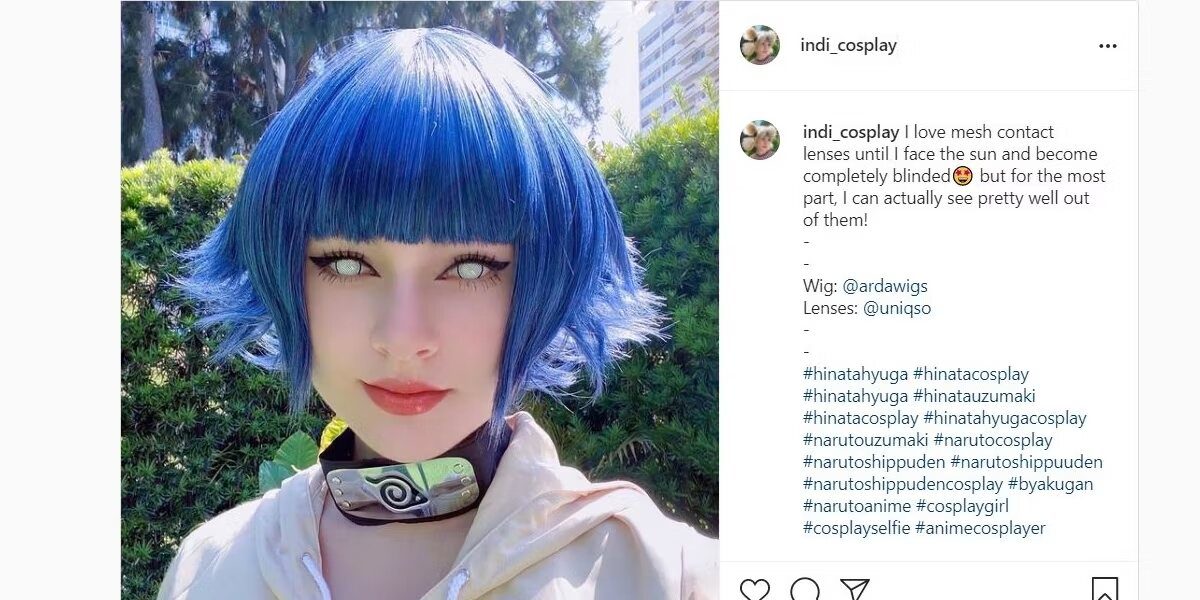 3. Purring Hinata: Cosplayer Haruhi added a bit of flare to the character and gave us cat ears Hinata. This is not anything, but the effects are clear, the shy Hyuga with a knack of a cat. This interpretation of the character makes one wonder what if the whole Naruto had a car version. Neko Hokage saving villagers from a big fox beast

Perhaps the story has potential, but most of it will be better suited for a light-hearted comedy. And given how most of the Shippuden was heavy at that time, Neko’s version might lighten up the mood. But we digress, this Hinata Hyuga Cosplay truly makes a man dream. 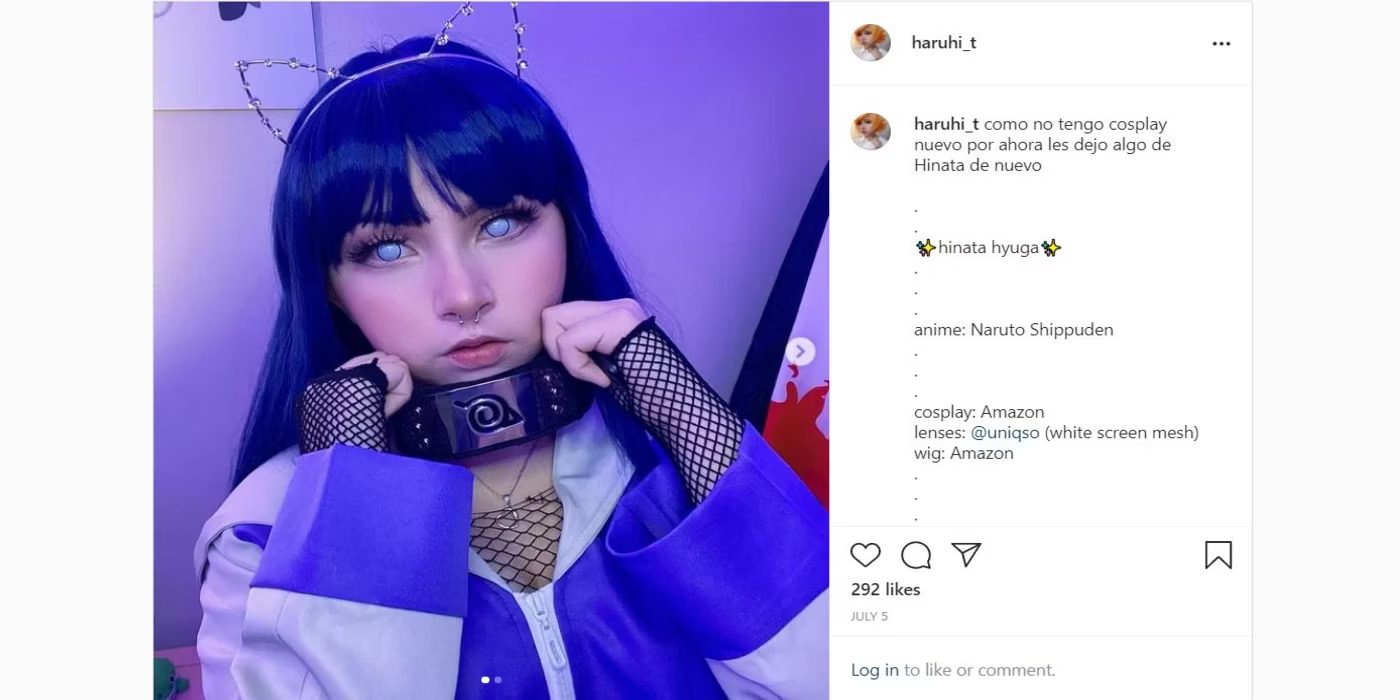 Hinata wasn’t always quiet and reserved in the earlier episodes of the series. And this Hinata Hyuga Cosplay by Margarita DeVere shows the determined Chunin ready to take on opponents. The series also had a moment like this where Hinata stood up to Neji to live up to her Nindo.

The moment took in a stadium-esque match, and the fight was straightforward, and yet it still holds even by today’s standards. But that is the charm of the series, fights are Naruto are memorable in the entirety of the medium. Even if a fight like that doesn’t make it to the top 10, this image takes you back to those moments. The more you think about it, the better the cosplay becomes. 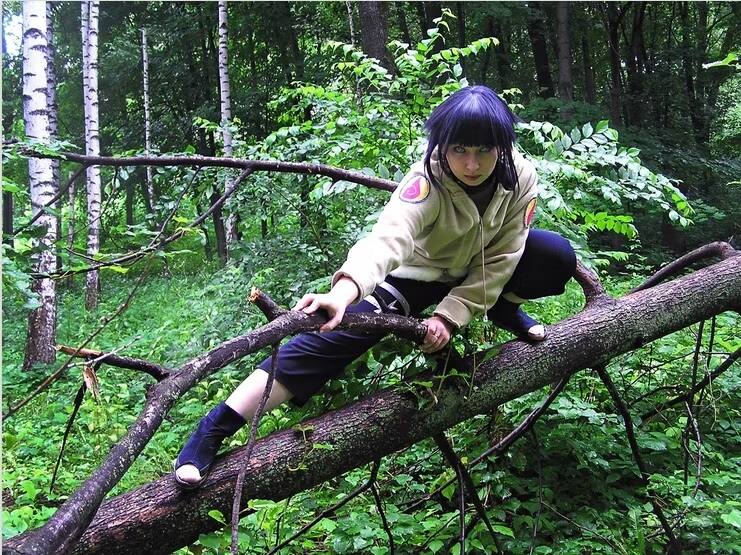 After the time skip, almost every character went through changes physically as well as emotionally. This Hinata Hyuga Cosplay shows us the character after the time skip. To say that Shippuden transformed the character completely would be apt, and at the same time, kept her familiar demeanor. This hopeful and eager version of the character also displayed the phase the show has gone through. Moving forward towards the future no matter what it may be. Shanin’s cosplay also captures the expression of the character vividly. Heck, it has been quite a while since we have revisited Konoha of those days ourselves… 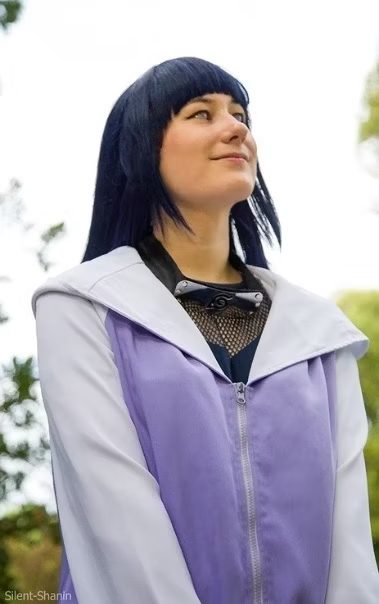 Pinkie_Panda‘s interpretation of the character is dynamic fierce, and ready for battle. Hinata didn’t get to fight a lot in the series, but the few fights she did have were great. This is credited to Kishimoto’s genius for coming up with memorable fights. Although it’s a shame we don’t get to see her in action as much in Boruto, maybe that is a good thing. Some things are better left as memories preserved than reused for no reason at all. But no doubt, the fans will be happy to see her back in action after seeing this Hinata Hyuga Cosplay. 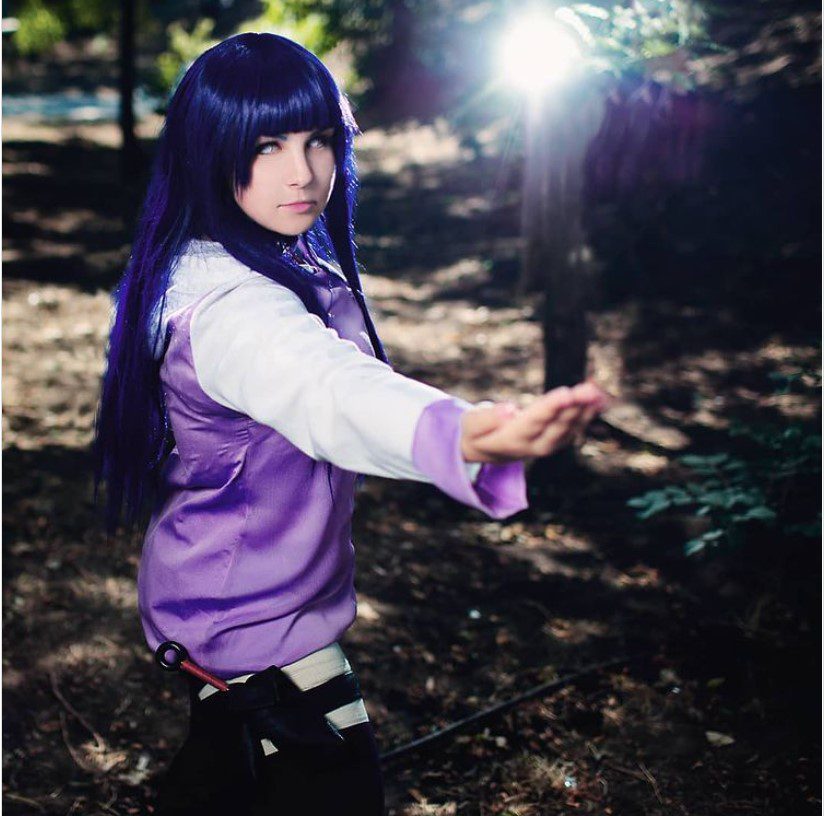 7. The Pensive and Bashful Chunin

This familiar site of Konoha’s shy ninja posing innocently by Eimika.cosplay It also hammers in the fact of how popular her character is for her core characteristics. Naruto didn’t have too many badass female characters but what the series gave us through Hinata is the pinnacle of great character writing. And this is the charm we talked about at the beginning of the article. The character has multiple facets throughout the series and has changed as the series goes on. One thing that doesn’t get stressed enough is how she remains despite the changes. Character writing at its finest. 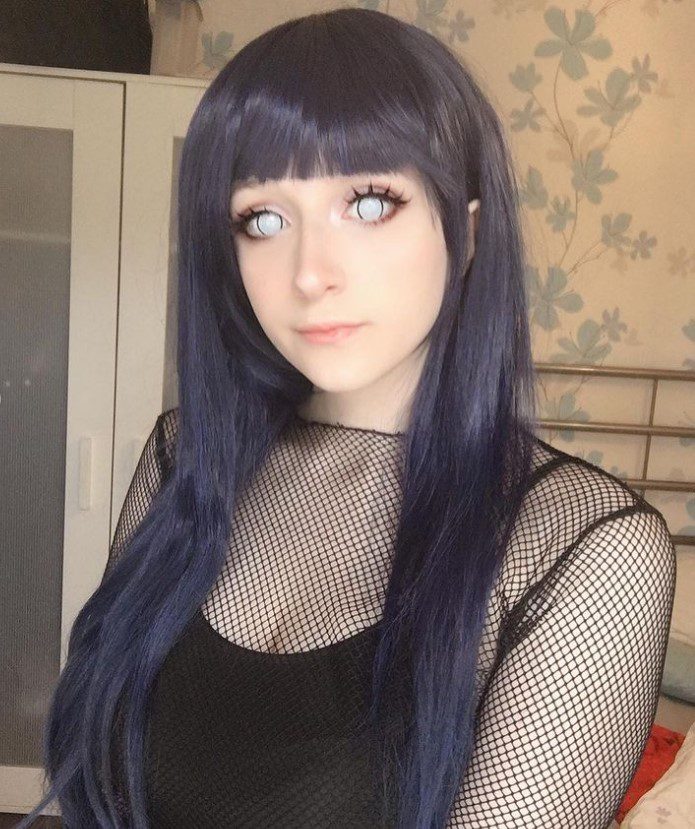 Hinata may be a favorite of many, but she comes from a noble background. Although, nobility in villages is way different than the nobility in cities. Not to mention Japanese culture has different quirks when it comes to its nobles, so it is no wonder Kawaii Ninja Cosplay’s display of character feels so different.

However, this version of Hinata Hyuga Cosplay manages to retain her uniqueness as a character while also adding more to the style. If anything, this look is closer to Hinata in her later years after marriage. Though Hinata’s daughter is nothing like her, she would surely be shocked to see what her mother used to like when she was her age. 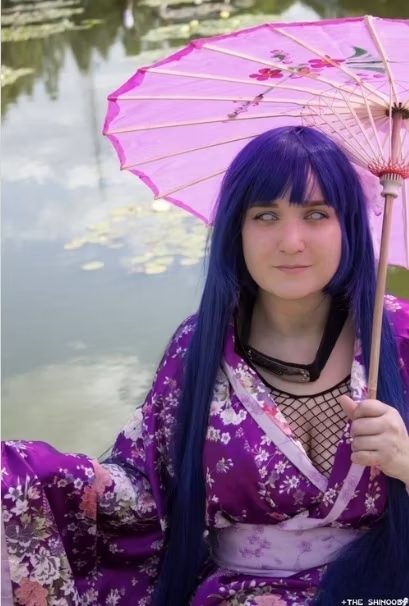 Fourth Shinobi war was one of the biggest events in the series. For it gave us lots of revelation and insights about the shinobi world. It also gave us our favorite characters fighting off threats they wouldn’t be able to handle otherwise. 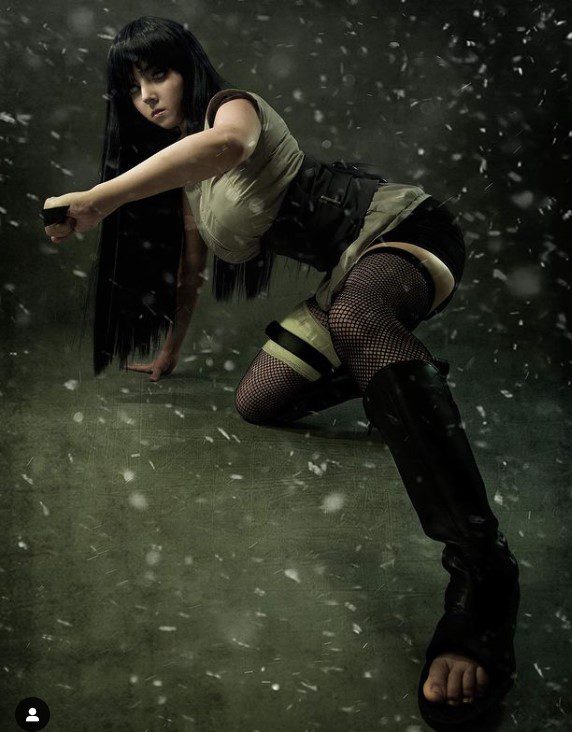 Idol.mx version of the character shows us the character who is all grown up and ready to fight the war. From the atmosphere to the lighting, this might as well be a scene from a live-action movie! 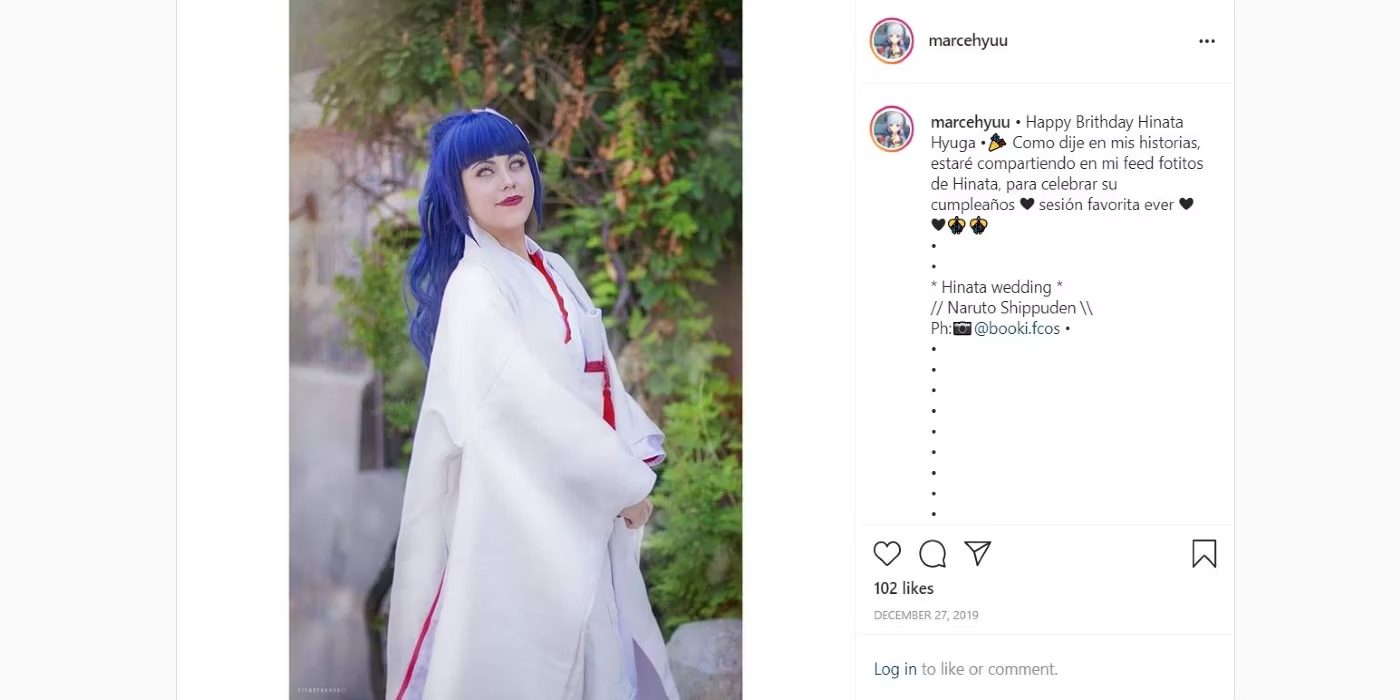 Though only a photo of Boruto and his friends, it would one of the most memorable moments for the fans. And Novakyracosplay brings out the most of character from a time that the fans would have loved to be part of. It holds the same power as Naruto teaching his son Rasengan and the whole life of our once trickster flashing before us.