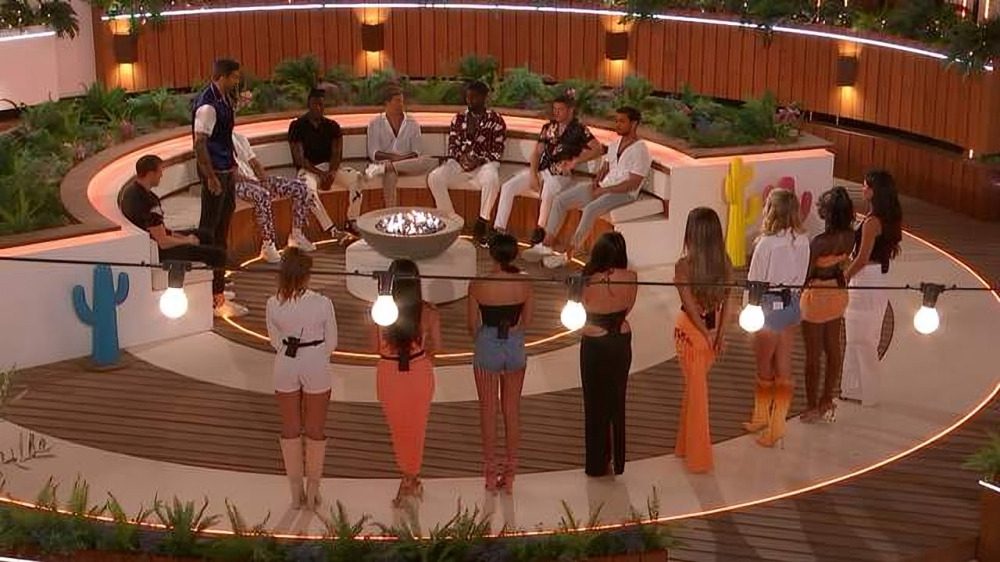 Someone is going to go home by fans voting in Love Island Season 8 Episode 40. And the new and weak couples are definitely in danger. Episode 39 showed us recoupling where a lot of couples were reconnected, and some new couples were also formed. Mostly just love was everywhere on Love Island. Fans were hoping to see Tasha and Andrew back together ever since they broke up. And they finally did realize their mistakes and recoupled once again, showing wherever they go they are meant to find each other back. Tasha did a romantic act, by writing and directing Andrew toward her and they finally said their heart out in front of the fire pit.

This was just one of the romantic things from the night. The best one was between the strongly bonded Luca and Gemma. Luca confessed his heart out to Gemma, saying that he was falling for her and that he loves her. Filled with happiness Gemma also returned him with the same three beautiful words. Billy and Dianca weren’t also not holding back and shared a kiss. There was a challenge in this episode but it was just lame and pointless and not worth talking about.

Before diving into Love Island Season 8 Episode 40, let’s quickly do a recap of the previous Episode. Episode 39 Started off with a recoupling. Adam chose Paige, who he has been eyeing since entering the villa, and claimed that despite “trying to play it cool,” he has been “gravitating towards her.” After being paired with people like Billy, Coco, Summer, and Deji during the Casa Amor recoupling, Dami, and Indiyah, Andrew and Tasha, were eventually reunited. Billy paired up with Danica, while Davide paired up with Ekin-Su. Josh and Summer were one of the new couples we witnessed getting together. 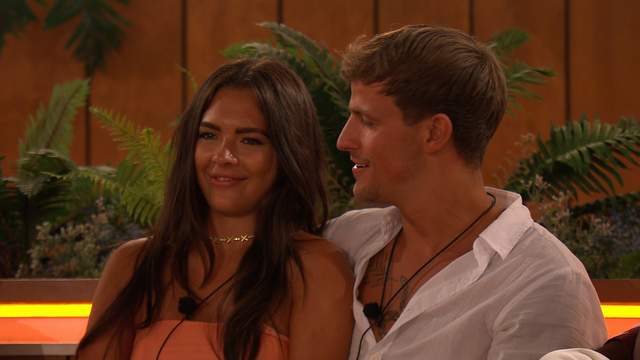 Luca dropped the L-bomb while talking to Gemma on the rooftop, where they had their first conversation. He told her that he may have “fallen” for her and that he “can’t control how I feel and perhaps you feel the same.” He added that he had “never been so sure in announcing something.” I guess I’m in love with you, he said, finally saying what he had been hinting at for a few episodes. Gemma said, “I love you too,” and it was clear that she was taken aback.

The relationship between Tasha and Andrew hasn’t always been easy in the Love Island villa, but despite their highs and lows, Tasha decided it was time to move on and asked Andrew to be her boyfriend. The two eventually met near the firepit, where Tasha delivered Andrew a speech before asking the question. Tasha had planned a wonderful surprise in which she had put notes all over the villa directing Andrew from one location to another. They heard cheers from the terrace when Andrew said, “Of course I f**king would!”. Now we will discuss when will Episode 40 of Love Island Season 8 will release and what will happen in it. 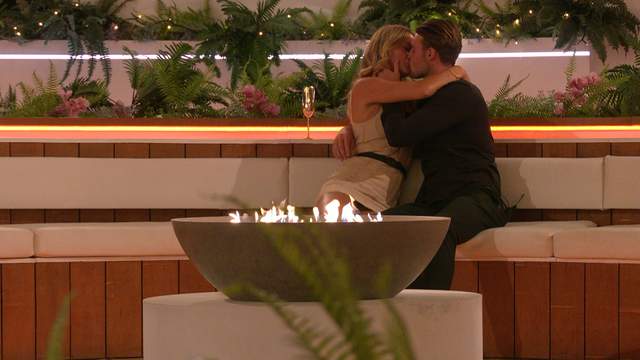 After Jacques decided to leave the villa, Paige was left alone but soon got involved with Adam, with whom she seems to get along well.  Ekin-Su & Davide, Billy & Danica, Josh & Summer,  Gemma & Luca, and Andrew & Tasha all appear to be successful relationships as well. Unfortunately, Deji and Coco were leftovers from the recoupling process and are the only couple who aren’t actively looking for love. However, anything might happen.

Episode 40 of Love Island Season 8 will air at 9 pm GMT on ITV2. ITV2 is completely free to access in the UK, and ITV Hub subscribers may view live Love Island episodes as well. There’s no need to panic, though, as Love Island UK Season 8 episodes started to stream on Hulu on June 21, just a few weeks after the UK premiere. Hulu’s With-Ads and No-Ads memberships are free to try out for new users for a full 30 days. After that, Hulu starts at $6.99 a month. Fans in Australia may once more watch episodes of the UK version of Love Island on-demand through Channel 9’s 9Now service. The service’s schedule is only a few days behind the UK’s, with episodes starting to arrive on June 8.