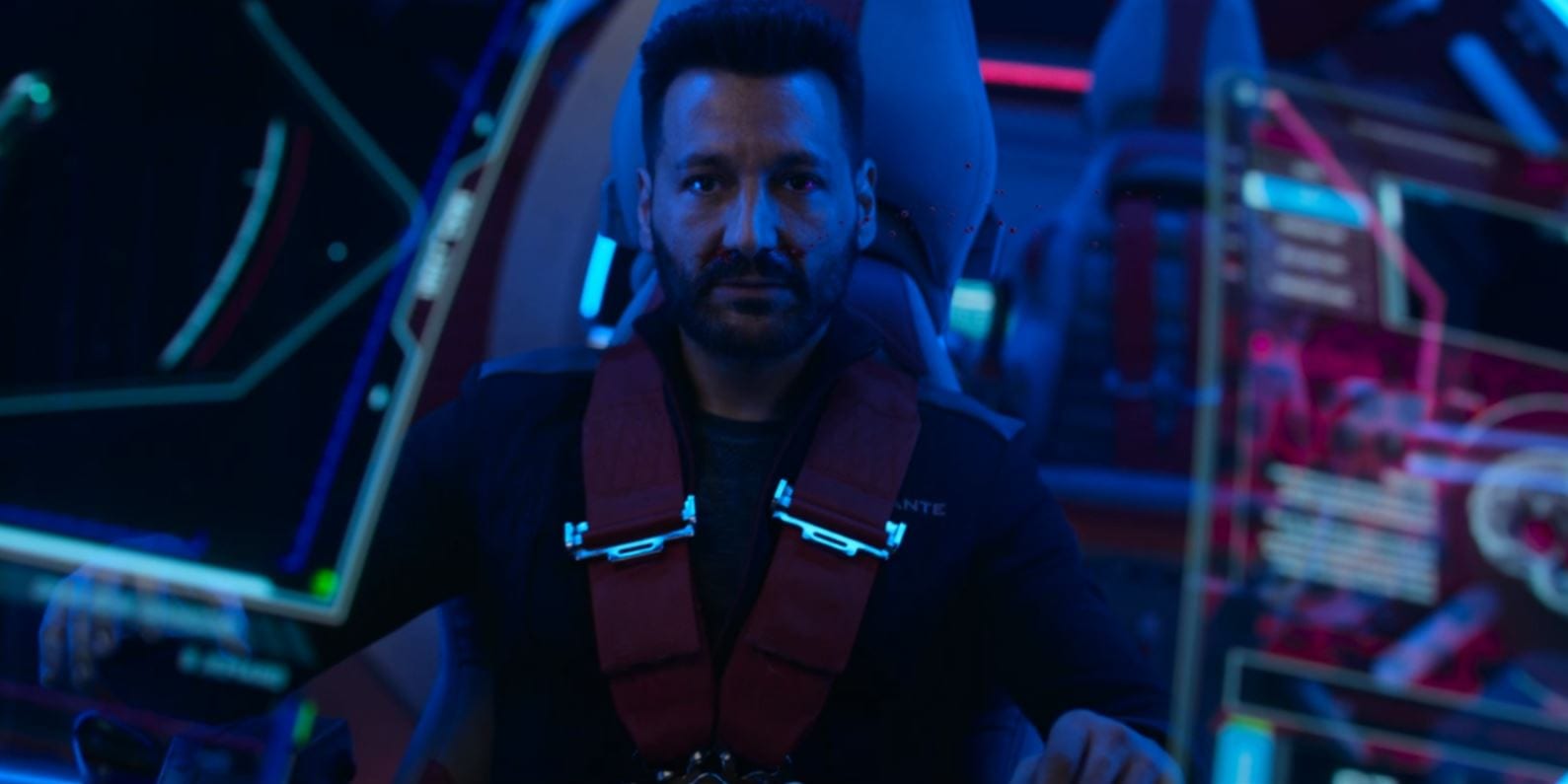 As we head to the season finale of ‘The Expanse’, we look into a few events that precede it. With Cyn dead and Filip with Marco, Naomi starts to imagine if she should have stayed put. She considers that her family would have come after Chetzemoka either way, so she believes she made the right decision. The events in this episode were a long time in the making. As the ring gates opened, it led to access to 1300 inhabitable planets with breathable air. There were vast spaces to be claimed and resources to be extracted.

A belter, Marco Inaros acquired Martian stealth material as he unleashed stealth coated asteroids on Earth. This was a coordinated attack killing millions while a top-secret protomolecule researcher, Paolo Cortazar is kidnapped. Fred Johnson was killed while the last active protomolecule sample he had in possession was stolen. Attacks were even made on Martian Parliament as Marco Inaros paints himself as the champion of belters having a fleet full of Martian gunships. He takes what he wants at any cost as his violent means are too extreme for an average belter while he spreading injustice is known by everyone.

‘The Expanse’ does a great job with battles in space, political intrigue, and mysterious alien artifacts. But as we all know, its center of attention has always been the Rocinante crew. This season of The Expanse sees the crew separated as we get to witness various past experiences of individual characters. While it also portrays how much their found family means to them as they all fall back to it. James Holden, for the first time, is sidelined as he stays in Rocinante. He is able to witness the pain and sorrow others feel as he risks his life for others.

Holden, who was now in the Rocinante with a temporary crew, was heading towards the Chetzemoka to save Naomi. When he realizes that a small fleet of belter gunships pursues them. They realize that they will be unable to win in the fight while running away meant abandoning Naomi. Alex and Bobbie were also on the way to the Chetzemoka, but the Razorback had no weaponry. So, James decides to sacrifice himself to buy as much time as he could, while the Razorback can try to save Naomi.

Camina Drummer, who was in one of the belter ships, was headed towards the Rocinante to ambush them. Throughout the season, Camina is tested to her limits as she has to put aside her feelings. They had made a collective decision to join the Free Navy for survival. But now, she had enough of working under their banner. So, she neutralizes Karal and attacks other belter gunships to even the odds of Rocinante’s survival. While Michio and Josep help her during all this. As the ambush failed, Marco spaced Serge which is witnessed by Drummer and crew through a video transmission. Drummer tries to keep the family together, implying that they had nowhere to go, but they could stay together. Oksana and Bertold aren’t having it as they decide to leave. Camina knew that something like this could happen, but she had to make this difficult decision.

The Rescue and Collateral Damage

Alex and Bobbie make it to the Chetzemoka, which was abasically a bomb waiting to be triggered by proximity sensors. It was a trap set by Marco Inaros as Naomi ends up as bait. When she tries reaching out to her son Filip who was hidden away from her, she is kidnapped. And is put in the middle of this plot to destroy her crew. To save her crew, she survives a hard vacuum to get away, yet she is unable to gain control of the ship nor the comms system.

As the Razorback gets close, she decides that the only option was to sacrifice herself to warn her crew. She was prepared to die as she only had the limited air present in the suit. This was one of the most cinematically beautiful scenes in ‘The Expanse’ TV Show. As we watched her float alone, flashing Belter warning signals hoping that Alex and Bobbie would see it. She is successful in her attempts as they do see her. As she takes her final breaths, Bobbie arrives to insert a bottle of Oxygen, recharging her suit and ending her suffering.

She is saved and taken back to Razorback, where we see collateral damage. To try and save Naomi, Alex does a High G maneuver, which Bobbie tries to talk him out of. But Alex does it anyway, which leads to him dying suffering from a stroke. He died doing what he loved, that is, to fly and save his crew.

As the Razorback docks up with the Rocinante, James and Naomi finally reunite. Naomi feels responsible for Alex’s death as he died trying to save her. Both of them share a moment as they listen to the recording Naomi had left for James. And she bids farewell to the Chetzemoka as she asks Bull to fire a missile at it to destroy it. Bill seems to have replaced Alex as the pilot as he sips a drink from his mug. Meanwhile, Monica gets assistance from Bobbie to investigate more regarding the missing protomolecule. During the fight with Zmeya, the protomolecule went missing, but Monica refuses to believe that was the end of it. She tries to dig out some concrete evidence of its existence.

Meanwhile, we see an end to Amos’ individual storyline at the end of the last episode. As he makes his escape from Earth to Lunar. He finally puts his past behind him as he says goodbye to Erich. And he finally reunites with the Rocinante crew as they arrive in Lunar. The crew now only had three of its original members after the death of Alex. And even Amos believes that the sacrifice Alex made was a decision he made himself. And he would do the same if such a situation did arise. Even Naomi realizes this as all of them had tried it, but in the back of her mind, she still feels guilty. And as they settle in, Amos gets the approval of James to let Clarissa join them for the time being.

Avasarala, the new Secretary-General of the UN, starts making moves to undo the aggression caused by her predecessors. She brings everyone together, uniting them while we find that Bobbie was her new Liaison. The Rocinante was to join them in their fight against Marco Inaros’ Free Navy as an independent ship. Just then, they are interrupted as there is an attack at the Sol Ring. Attacking Earth was only part of Marco’s plan as he has something much bigger in the works. He exchanged the protomolecule with Admiral Duarte in exchange for high ranking Martian officials and gunships. Now Marco had access to every ring gate as Medina station inside the Sol Gate was now Marco’s.

Meanwhile, we even get to see more of the Martians as they head towards the Laconian Gate. Duarte speaks with Cortazar, and we realize that the protomolecule was with him as they try to gain an idea of its control patterns. Duarte was a Laconian idealist who believed they must be purer than Mars ever was. So, he scolds Babbage on her bracelet, and he is about to collect it, some weird simulation occurs. This simulation is called Going Dutchman as the ship doesn’t pass through the ring but disappears.

The Expanse primary characters, i.e., the Rocinante crew, is back together. They have had a loss in their crew with the death of Alex. But now, with the Ring Gates opening, they can’t stay still as the Martian breakaway fleet joins the Free Navy. Avasarala’s fears were realized as Marco was part of something much bigger. Marco was likely being used, but he did have a Martian Navy and control to all the Ring Gates.

It was a great finale to The Expanse Season 6 as it managed to deliver proper payoffs to the characters. The space battles looked nothing short of amazing, while Naomi floating and across space was simply brilliantly shot. Alex’s death was something unexpected and emotional. While we even see a glimpse of the Martian storyline. This season allowed us to witness the individual struggles of the characters. As Naomi and Amos can’t fight their past as they can do nothing about it. While James comes to realize how it feels to be not in control as he is sidelined. And nothing will ever be the same.

You can watch all the episodes by The Expanse on Amazon Prime Video.