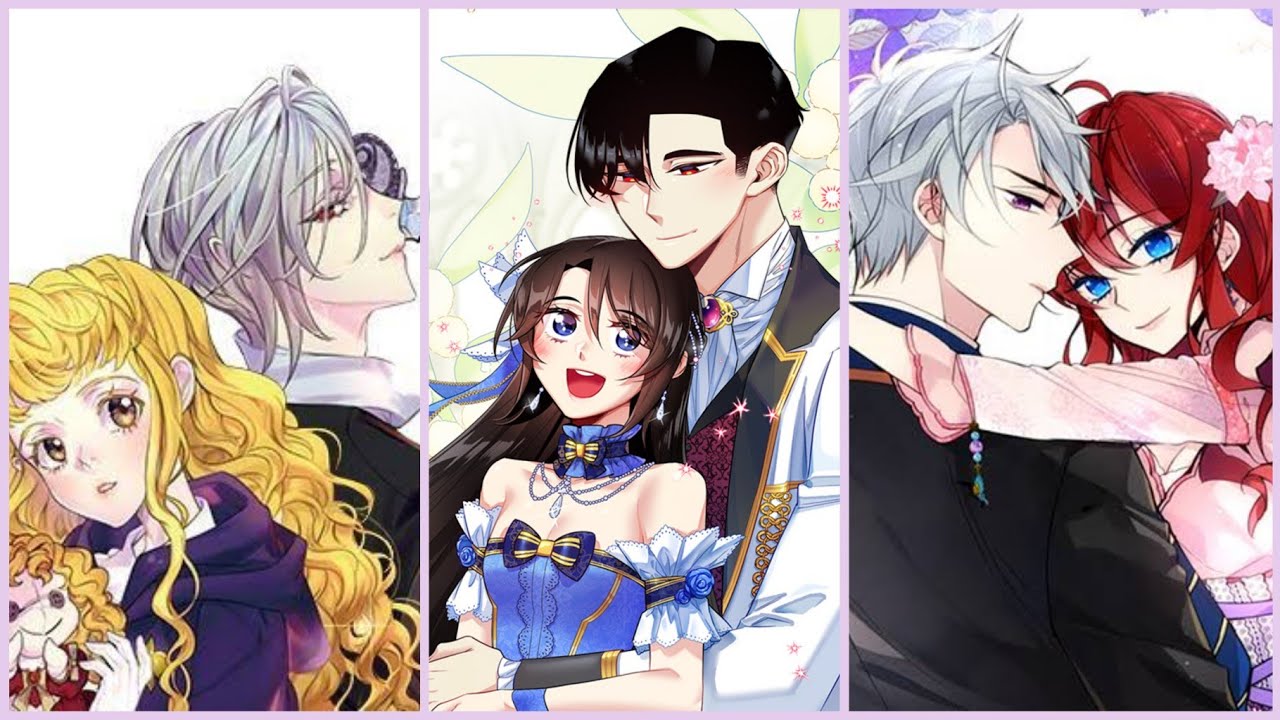 History manga isn’t always about bloodshed, betrayal, and all-out wars. Sometimes it follows a lighter storyline like wholesome love stories, thereby once again showing that the concept of love’ has been perennial throughout the pages of history. Moreover, historical romance isn’t something that you will come across every day. So, it’s better to grab the opportunity when you find one. Here, we bring you the list of 10 historical manga you shouldn’t miss.

We often get tired of exploring either slice of life or fantasy stories. Thus, historical manga can be a break from conventional storylines, lying somewhat between daily life and fantasy. Not to mention that learning how human nature, customs, mindset, and values have changed over the centuries is nothing less than a treat.

‘Short, sharp, and sweet’ that’s the best phrase I can think of to describe Pepako Dokuta’s Sayonara Rose Garden manga. With only three volumes having 18 chapters, it’s one of the best historical romance manga released in recent years. It follows Hanako, a budding author who flees to England to follow her dream. However, this impulsive expedition turns out to be her worst nightmare after getting belittled and rejected by her dream publishing company. 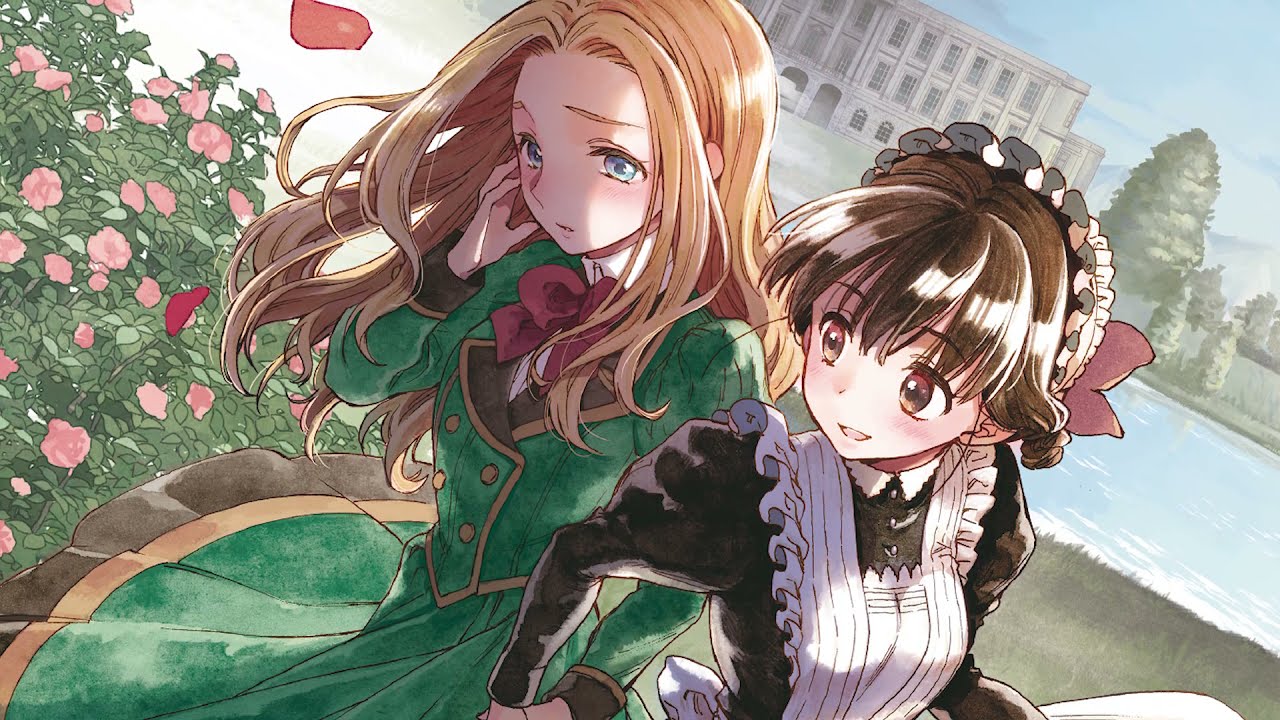 Shattered by this incident, Hanako loses all her hopes of succeeding. She bumps into Alice Douglas, a noblewoman kind enough to take her in as her maid. Hanako starts to enjoy working, and despite their social differences, their bond grows stronger. One fateful day, Alice asks Hanako to kill her in return for her deepest desire. Why is the English woman seeking death so desperately? Find that out yourself by reading the manga.

9. Snow White with the Red Hair

Don’t be deceived by the name; it has nothing as straightforward as the one we read in childhood. Here, the protagonist is cheerful, diligent, brave, and unlike the original Snow White, she is red-haired. Her ordinary life of being a herbalist turns down when the evil of Tanbarun forces her to become his concubine. Instead of compromising her career, gallant Shirayuki escapes to the forest, where Prince Zen Wistalia. 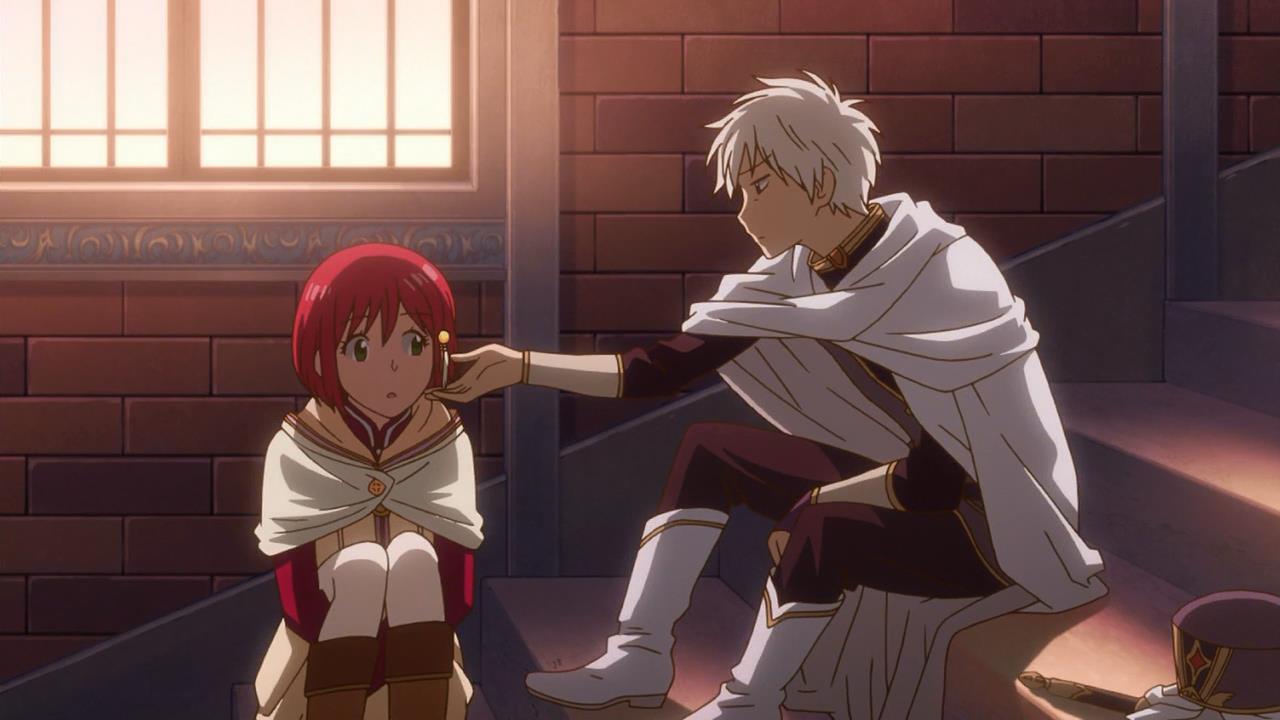 Indebted and impressed by Zen’s act of kindness, Shirayuki agrees to become the court herbalist of Zen’s country. Thus, Shirayuki’s new life mostly occurs in the Royal Court of Clarines. Soo, Shigaraki, and Zen become very good friends, totally unaware of the romantic relationship gradually nurturing between them. The Prince talks to Shiirayuki about her endeavors, and she vows to support him in every situation.

Kaze Hikaru is the best option if you are searching for a historical romance manga that has been airing for decades and is still ongoing. The manga takes us to the famous Bakumatsu revolution, an event that marked the end of the Tokugawa era and the beginning of the Meiji era. Amidst all the bloodshed, a young girl named Sei Tominaga is thriving with the sole purpose of avenging her dead parents. She gets herself disguised as a boy and joins the organization Shinsengumi. The manga is full of historical events, politics, thrill, and lots and lots of romance.

Hakushaku to Yousei is a manga in which history blends with fantasy. Although the events are from the 18th century, the manga is set in a world where fairies exist. Lydia Carlton, the protagonist, is the only doctor around who can interact with fairs. Being one of the hand-picked people who can see fairies, no one believes in her words. 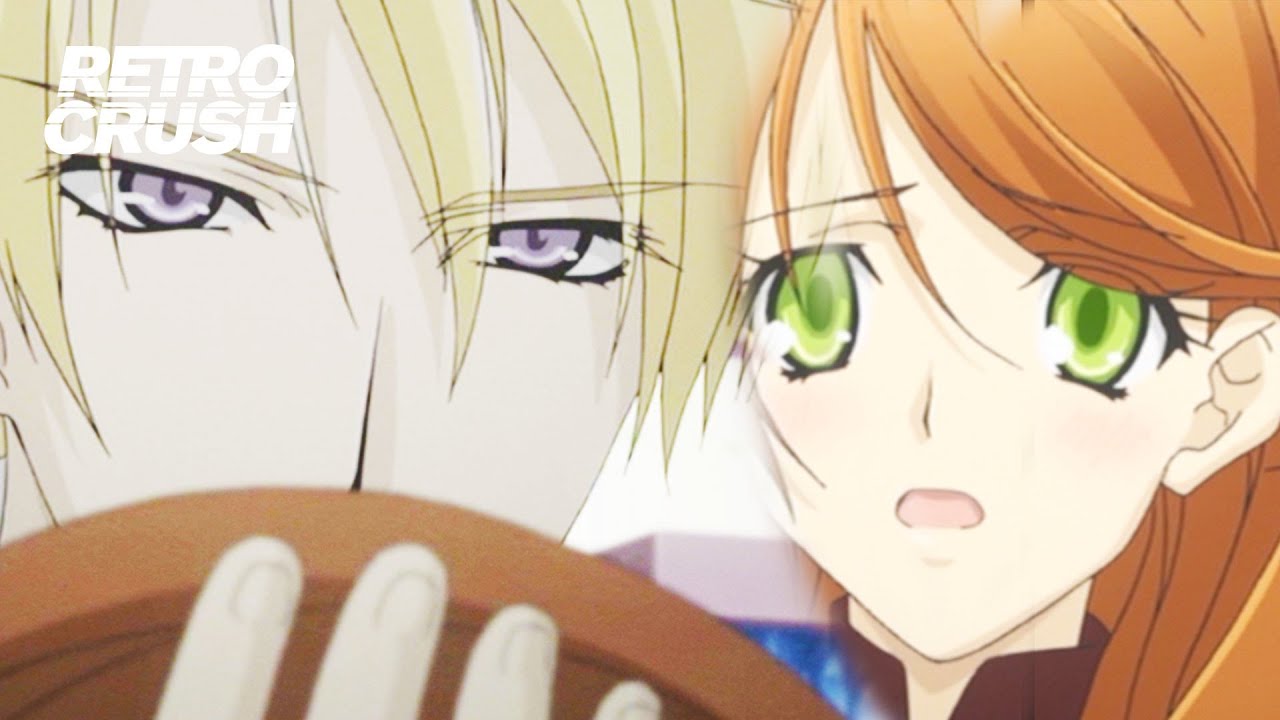 On the other hand, Edgar is desperately searching for someone with vast knowledge of fairy lore, and it seems Lyda is the person he needs. Edgar claims to be the Blue Knight’s Earl and becomes the first person to recognize Lyda’s skills. However, there’s more to it. Lyda discovers Earl has been hiding some deep secrets behind his noble mask. Does that mean their romantic relationship is just a part of a treacherous plan?

We are already done with noblewomen, Earl, samurai, and herbalists, and now it’s time to take you to the story of a ninja village from the pages of Japanese history. Despite being the granddaughter of a famous ninja family, Usagi is a complete failure. Her condition is so hopeless that she never made it out of the kiddie class even with her best efforts. 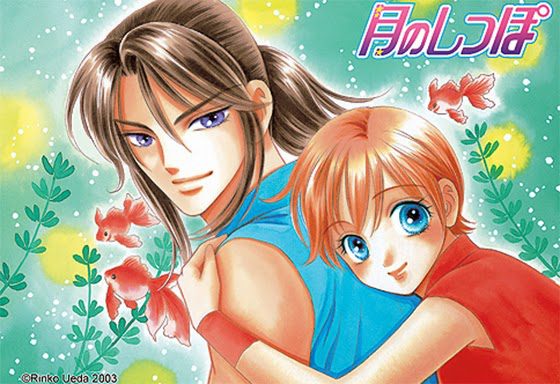 Disappointed by Usagi, her grandfather sends her to marry Lord Hanzo and make many ninja babies with him. Like a typical family head from that period, he didn’t even think about Usagi’s opinion, thereby enforcing his opinion on her. Thankfully, Lord Hanzo has absolutely no interest in her child-bearing potential and is keener to explore her as a person.

I placed this manga so high up on this list because it paved the way for the Shoujo genre to blossom in the upcoming days. Moreover, the manga somewhat revolves around one of the most notable events of human history. Yes, you guessed it right. I am talking about the French Revolution. Back then, marriages were a means to strengthen a country’s political occasion. On one such occasion, Austrian Princess Marie Antoinette is sent to marry French Prince Louis XVI. Despite the political benefits, she is pretty dissatisfied with the fate decided upon her. 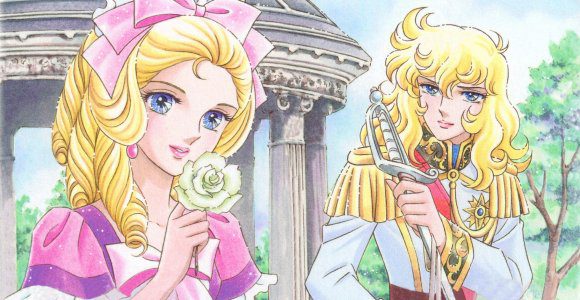 After arriving in the country, she gets acquainted with Oscar Fançois de Jarjayes, the commander of the Royal Guard. Her family’s strong desire to have a son has raised her like a boy. Tired of masquerading as a man, she gradually falls in love with Marie.

Katana Kara is my personal favorite among all the historical romance manga. The story falls on the romantic events of teen Noriko, who gets skied into a historical timeline. An isekai anime with history elements in it, what more can you ask of? Noriko’s new journey isn’t easy, and she keeps running into trouble till a handsome nobleman, Izark, saves her, becoming her guardian angel. Izark teaches Noriko to explore her powers and reveals to her their history together. The two pair up and becomes a formidable duo, ready to face any obstacle. 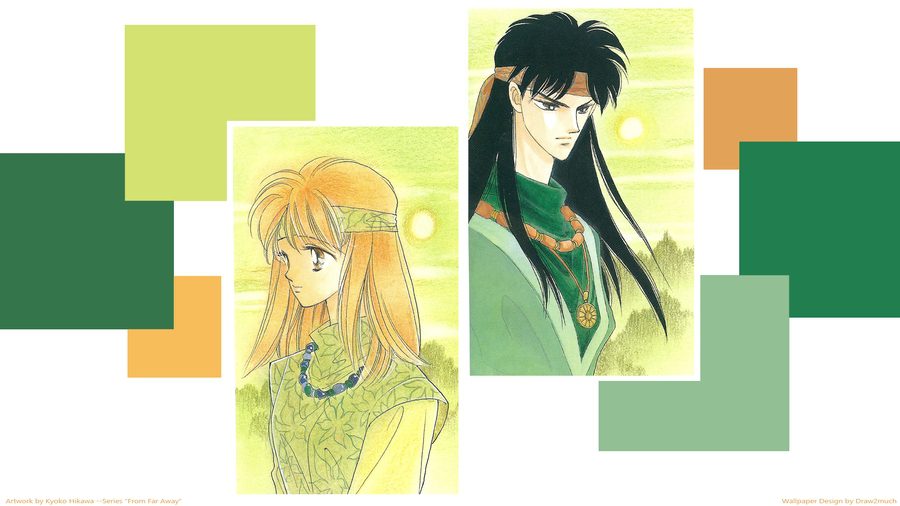 No matter how hard rock is, a stream of water can wear it out over the years. We, the humans, are equally vulnerable to change. Who knows it better than Ruroni Kenshin’s protagonist, Hitokiri Battousai? The legendary assassin of the Bakumatsu era was a nightmare even for the most skilled sworders. The merciless murderer was undefeatable and disappeared from the crime world at the peak of the Japanese Revolution. 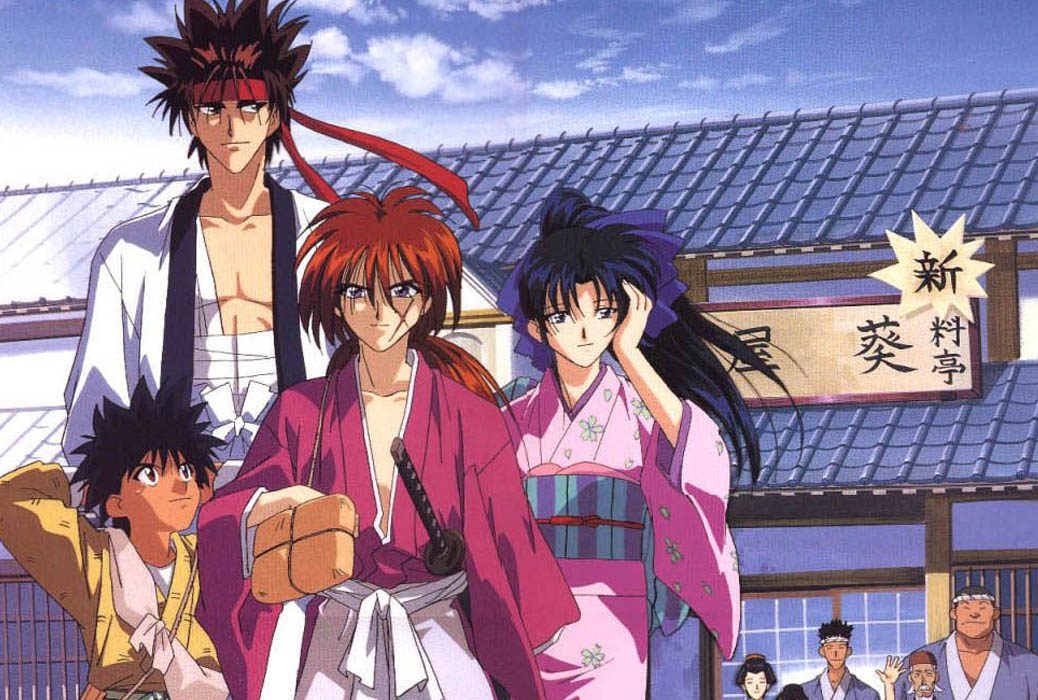 After ten peaceful years of no signs of Hitokiri, it is revealed he has completely given up on his bloodstained ways. He lives a simple life under his new alias of Kenshin Himura in a village. One day, he bumps into Kaoru Kamiya, who was threatened by some imposter claiming to be Hitokiri. Following his vow not to kill someone ever again, he decides to help her in a non-violent way. You can call this a historical version of ‘Ways of the Household’ or ‘Sakamoto Days.

Yona of the Dawn is another example of a good manga where the mythical and the historical elements mix with a proper balance. Although it’s set in a world filled with dragons, goblins, and whatnot, the story portrays political elements identical to human history. Yona, the protagonist, is destined to become the heir of the Kouka kingdom. However, the sky falls upon him when her father gets brutally murdered by her cousin. 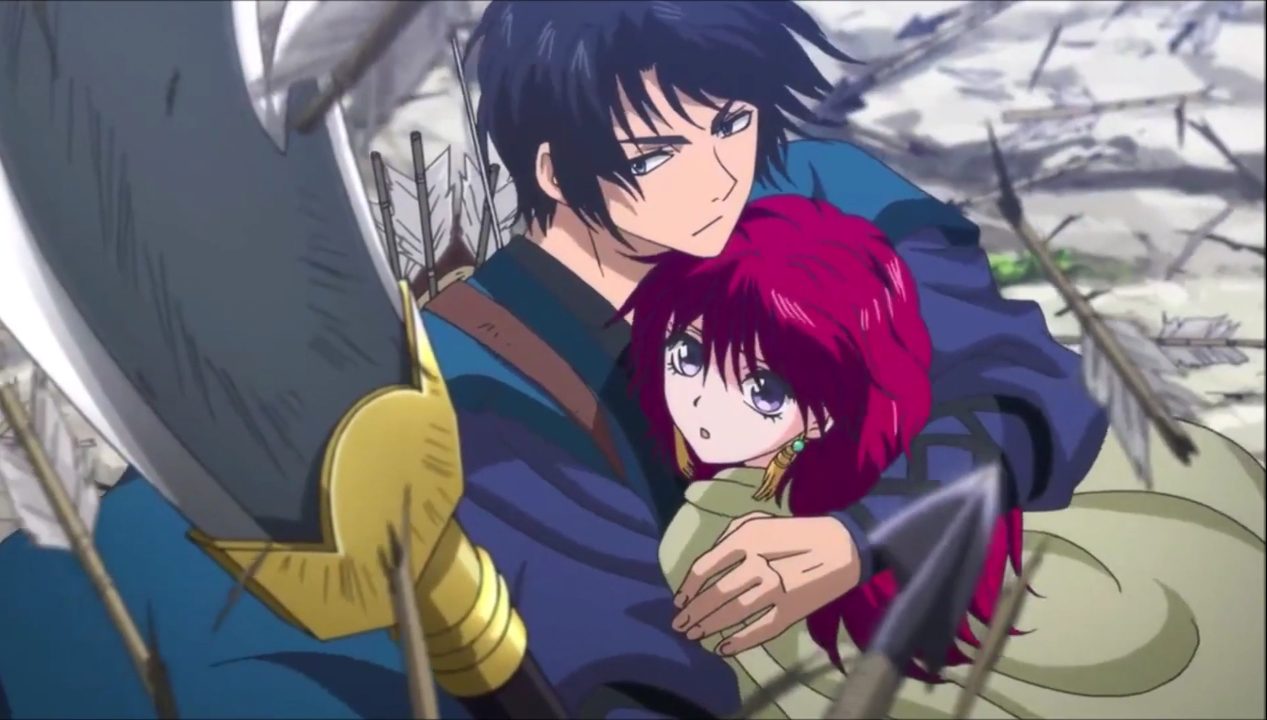 With no one to trust in this treacherous environment, Yona prioritizes her safety and flees from the kingdom with her bodyguard. She learns that the only way to restore the kingdom is by getting help from the four legendary Dragon warriors.

I don’t think I have to explain why this historical romance manga is at the top. It is a classic franchise that has been a fan favorite for generations. It follows Kagome, a high school student, who gets transported to a new world through an old well. The world we are talking about is somewhat based on ancient Japan but is populated with demons and evil beings. 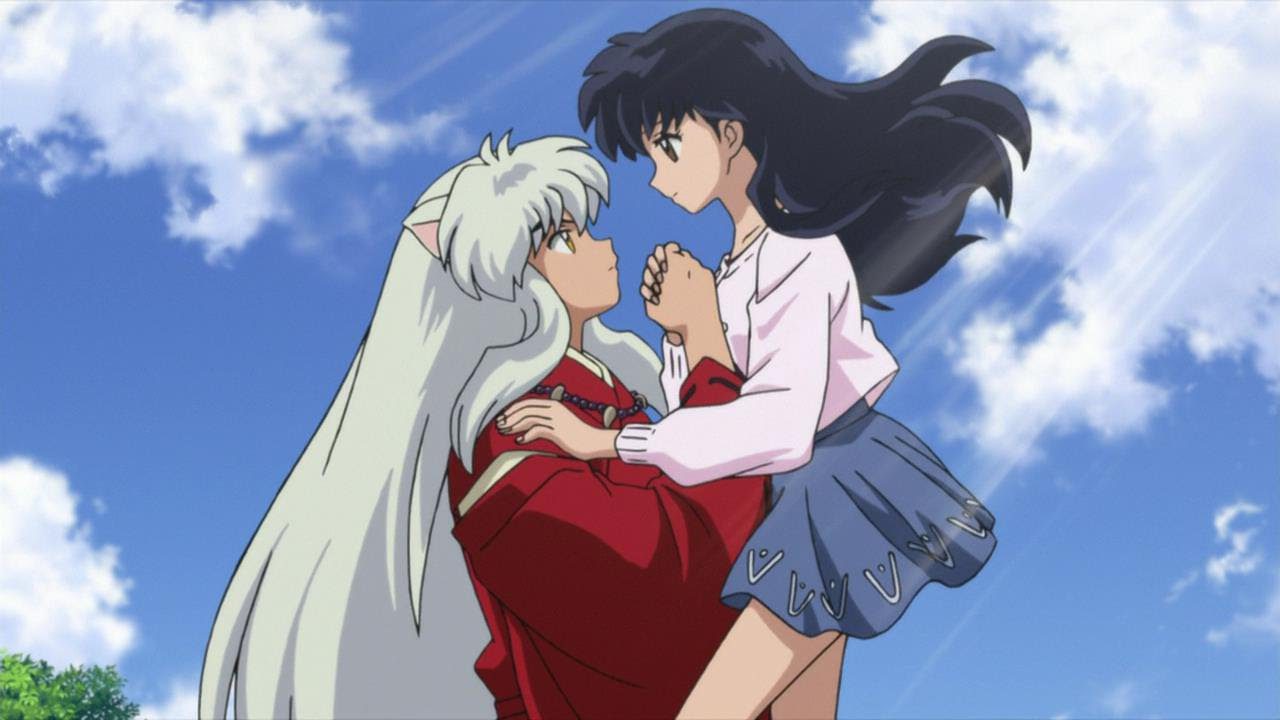 Kagome finds herself constantly haunted by demons. Thankfully, she comes across a half-demon boy, Inuyasha, who agrees to protect her. Well, initially, Inuyasha had a disliking over Kagome because of her uncanny similarities with Kikyou. However, Inuyasha gradually realizes their circumstances, and he lends her a helping hand.