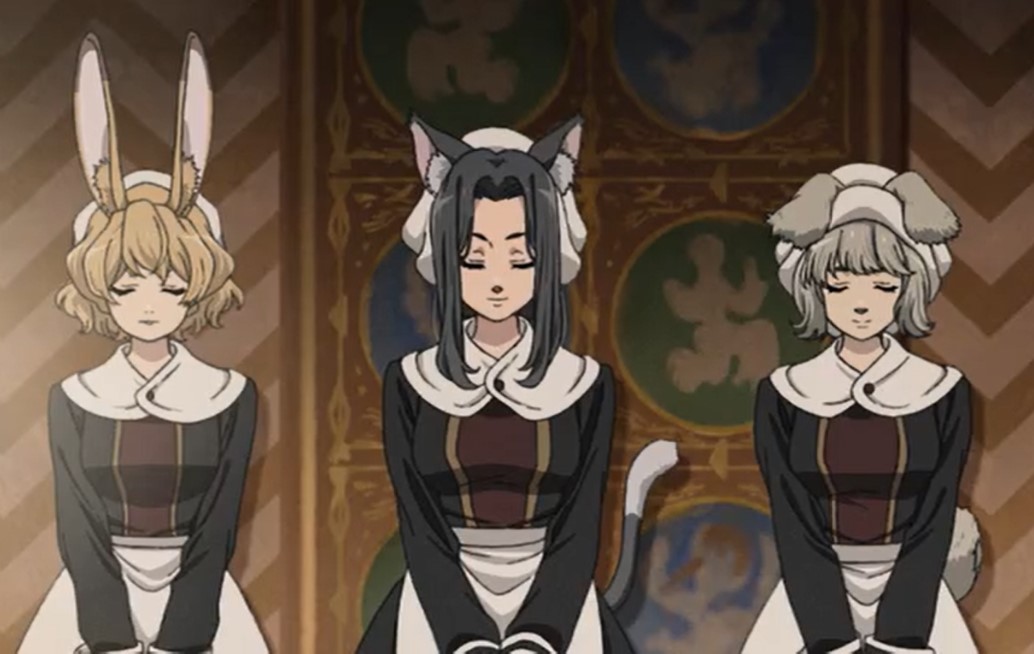 The pregnancy matter has been settle, and there two more kids in the family. Ghislaine came and picked up Rudy, heading on their new adventure. On their way, Rudy was calling Ghislaine a ”Miss.” She told him to drop the title of Miss and call her Ghislaine. She then tosses a power at him. Rudy finds that the letter is from his father, Paul, and reads it loudly.

It reads, ”my beloved son, Redeus; I’m sure you have no idea what’s going on. I’d tell you to ask that musclebound strong woman, but she’s got muscle for the brain so that you won’t get a decent explanation from her.”Ghislaine gets angry, and Rudy told her to sit down since it was just a joke. Rudy finds that he is going to tutor a nine-year-old young lady in Roa. Rudy realizes that it is the job that he always wanted.

Episode 6 will be released on Monday, 15 February 2021, at 12:00 AM JST. Every Monday, a new episode of Jobless Reincarnation is released with new updates. This anime is officially available on Netflix, Funimation, andAnimeLab. Let’s see what journey awaits for Rudy below. 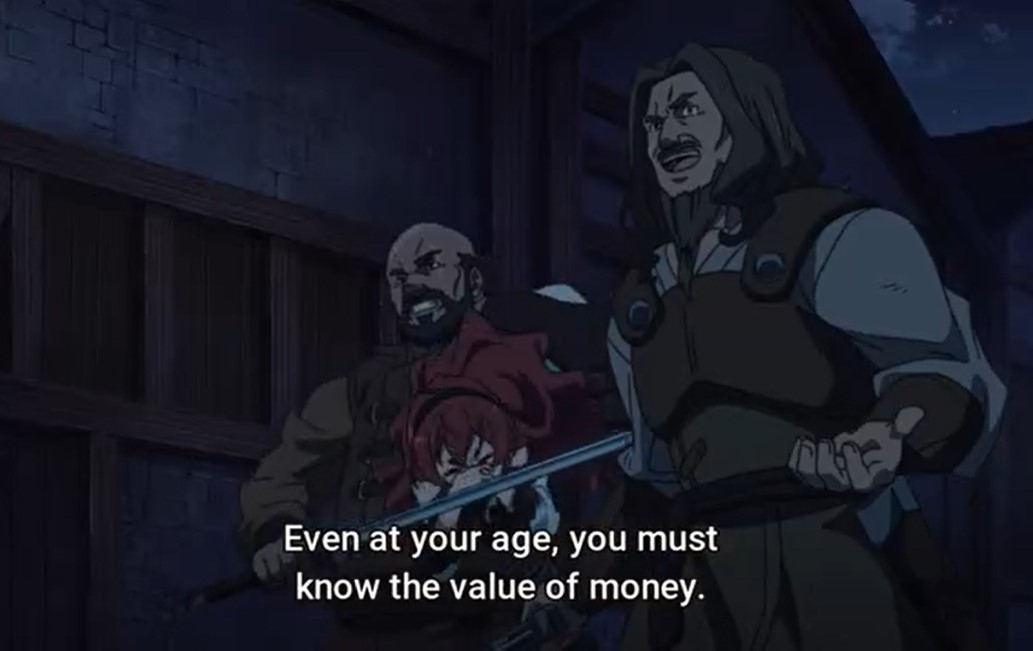 Rudy is wondering why his father challenged him earlier and defeated him. Rudy also finds that Ghislane is a nine-year-old lady’s family’s bodyguard and sword instructor. Ghislaine wants Rudy to tutor the girl in exchange for training him. Rudy notice that most of the things that are written inside the letter are teasing Ghislaine. He skimmed the letter and find that his father has defeated Ghislaine once but not in bed.

Rudy realizes that his father is a lady’s man since Gheslane smiled hearing the bed issue. For the next five years, until Rudy reaches twelve, he will teach the girl reading, writing, arithmetic, and magic. During that time, Rudy is forbidden to return home; he will send a letter or make any contact. Rudy realizes that his father notices that he depended on Sylphiette. Rudy will earn money, and Paul cannot wait to see the person Rudy will become.

Rudy is fine with everything and decided to be independent. Later they reach the royal castle. Rudy is surprised to see a beast servant and a noble guy came to greet him. The noble guy reveals that he is Philip Boreas Greyrat, the mayor of this city. He also said that he is Paul’s cousin. Rudy comments that it means they are related, and Philip comments that the scoundrel used his family connections.

Rudy looks around the house and realizes that he never thought that their family has high-status. Philip asks Rudy what he knows, and Rudy said he knows that he will get enrolled in Magic University if he tutors a young girl. Philip asks if it is that all, and Rudy said yes. Philip brushes his head, commenting that Paul will never change. He decided to introduce Rudy to his daughter. They both head to her room.

On their way, Philip comments that Rudy must not try to seduce her daughter. Rudy comments that he knows nothing about Romance. Philip said Paul had warned him, and Rudy said he would know when he meets her. They both entered her room, and Rudy was stunned by the beauty of a nine-year-old daughter. He wanted to seduce her, but he decided to prove Philip wrong. He great the girl, and she comments that he is smaller than her. Rudy replies that age doesn’t matter. The girls scold him for answering back. 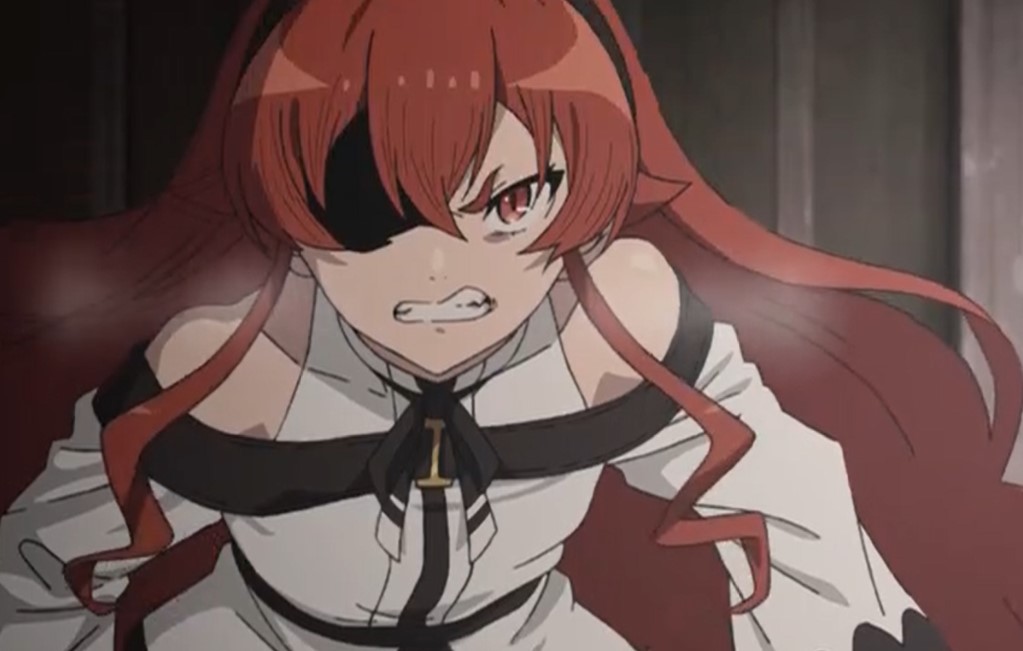 Rudy tried to reason with her, but she slapped him, and he slapped her back. He told her that she must feel how it is to be hit. The girl throws an uppercut and sends Rudy flying. Philip decided to leave them, allowing them to settle their scores. The girl got on top of Rudy and started to lend hummer blows. Rudy uses his wind magic and pushes her back. He runs away and hides when she looks for him.

Later, Rudy went to the sitting room, and Philip asks him how did it go. Rudy teases Philip that he has never seen such an innocent girl like his daughter before. Philip asks Rudy if he is going to give up. Rudy replies no, and he cannot go back home to be laughing stork from his father. Philip is impressed since many teachers have failed to handle his daughter. Rudy devises a plan with Philip and puts on an act that lures the girl to study.

Later the girl got kidnaped, and Rudy impresses her using his magic powers. He fought with the muscles guys who took it seriously. Rudy defeated the muscles guys and who was not holding back. The act convinces the girl to study under Rudy. Later the girl decided to accept Rudy and reveals that she is Eris. She told her family that Rudy would be working with her. Rudy is glad that plan B has worked out smoothly.

You can enjoy reading other latest development on Jobless Reincarnation Episode 5.