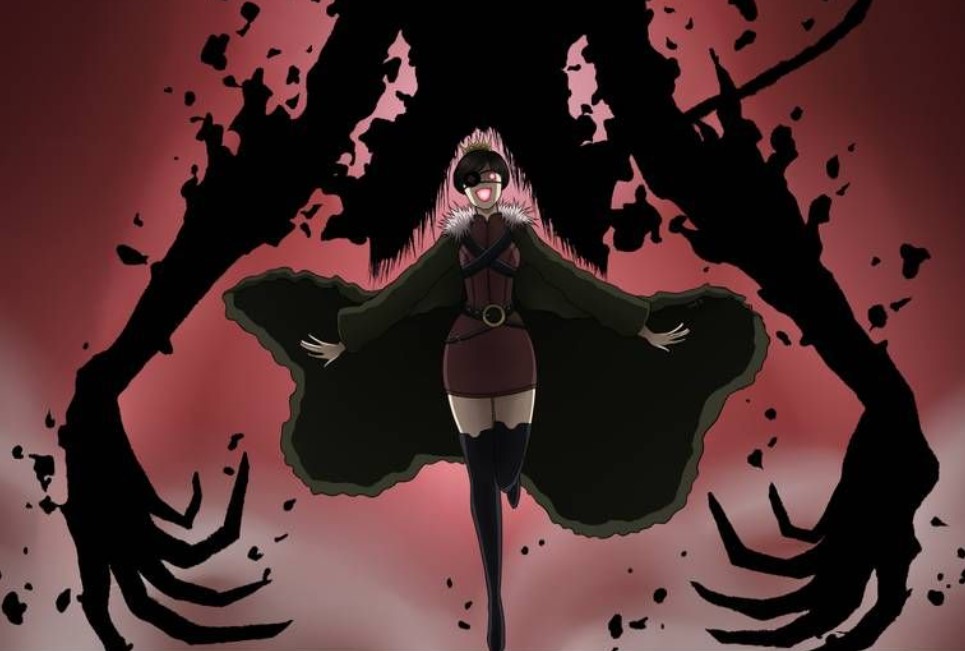 The battle between the Magic Knights and the Dark Triad still continues with the Knights on the Ace side in the new chapter for Black Clover. The Golden Dawn squad is overpowering their opponents with Yuno, who is about to blow Zenon. Inside the castle, Yuno reminds Zennon that he mess with the wrong squad and he will be executed soon. Yuno comments that Zenon will die while regretting that he choose to interfere with the most powerful squad.

Zenon is badly injured from earlier attacks from Yuno. His body is flowing blood, and Langis is glad that they will beat Zenon to death. He thinks that they will stop the ritual before it even starts. Zenon has to take part in the ritual, and he is delaying the plan since he has been corned by Yuno and Langris. Langris is determined to rescue captain Vengeance while Charlot and Ril are in combat with Vanica Zogratis.

Black Clover Chapter 278 will be released on Sunday, 17 January 2021. The spoiler of the upcoming chapter is not yet released. A new chapter of this manga is released every Sunday. Next week Black Clover is officially taking a weekly break. It will return on the day mentioned above. Take a look at the recap and official ways to read the latest chapters of this Manga.

Vanica Zogratis is sitting on a sofa as if nothing is happening. She is relaxing, looking at the two asking if there are intruders. She is disappointed that neither of them is Noelle, and she asks them to show her a real fight. Vanica uses her power and float in mid-air while still sitting on her sofa, commenting if they will be a good starter for her. She decided to allow the dark disciples to take care of Rill and Charlotte.

She sends eight shinning generals and reveals that if the two won’t beat them, they are not worthy of fighting her. The generals’ attacks with Briar Creation Magic: Corpse Hunting Briar Tree. Rill and Charlotte jump up before they get spiked with the thorns of the trees. Vanica notices that even though the two have been attacked with Morris’s modification and the power of her curse, they are still pretty tough.

Charlotte fires back with Picture Magic: Groundswell of Su Telon that burns all the spikes to ashes. Vanica is starting to get interested in the battle, but she thinks that Charlotte is out of options. Vanica wishes that if Asta was here, she would have been enjoying fighting the Anti’magic boy or the dark magic guy who defeated Dante. Her aim was to turn those two into toys.

She is bragging that Ril and Charlotte will be killed and the underworld gate will open soon. She is also thinking that Zennon will take care of everything at his side. Charlotte realizes that she has been performing her duties for over half a year as a captain.  She remembers when others praise her what she is a genius when she is studying the Heart Kingdom’s Rune Arrays. 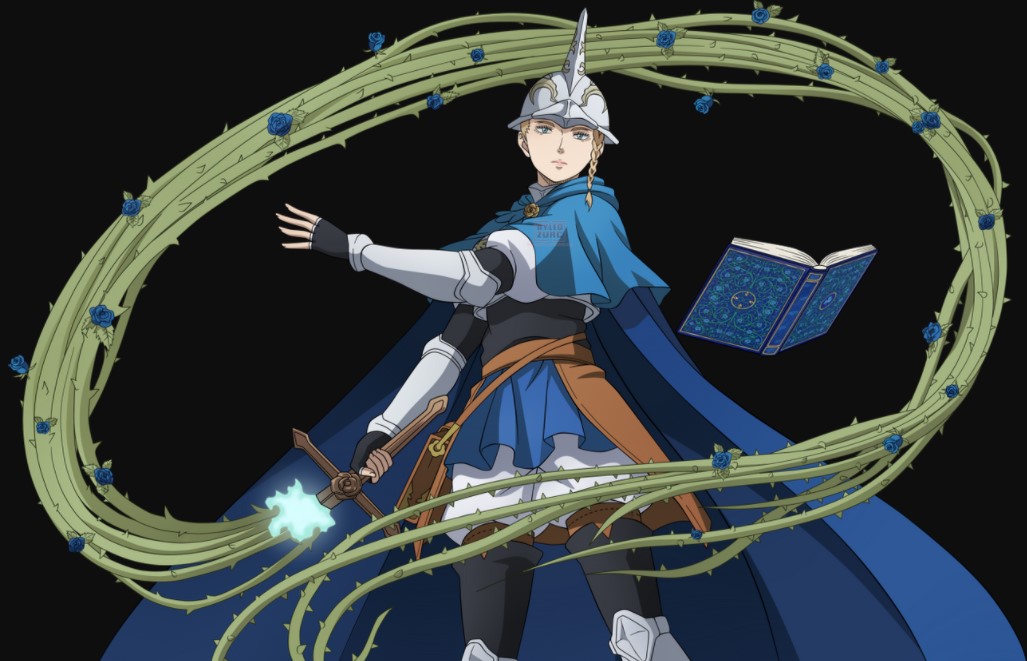 Charlotte also realized that although she possesses a powerful cast, she has taken control and master to use it. Charlotte thinks that at that time she was wrong, but she ends up finding a real way to use the cursed briars. Mastering Rune Arrays make her overcome her problems of using cursed Briars. She remembers when Dorothy told her that Megicula is the father of all curses. All curses of the world have originated with Megicula (Vanica).

Charlotte reveals that Megi is the one who made her top become stronger. Charlotte unleashes a mana method inside Rill’s spell. Rill is glad that she deployed the Mana method inside his spells, and the water with good soil might have helped them grow well. She attacks the generals with Modified Briar Magic: Blue Rose Paradise. The generals got wrapped by the flower, and it has been revealed that the stronger the enemy’s curse, the lovelier their blooms grow.

When they absorb more curses, it makes the blooms grow. Vanica notices that the curse on the generals is weakening. Vanica uses her spell to find out what Charlotte has done to her allies. She finds out that Charlotte modified the curse on herself and turned it into a special anti-curse spell. She thought that no one will ever do such things in a million years.

Charlotte realizes all the paths that she has walked through with the Magic Knights, the rune array of the Heart Kingdom, and the Elves Reincarnation. That what polished her magic and perfected her blue rose. She started to brutally beat the general with a blue rose that got turned into a red rose. She unleashes a true Briar Magic that starts to sweep everything away, heading to Vanica’s allies.

After finishing to punish her enemies, she powered up and transformed into Queen of Briars. Charlotte realizes that she is able to use a red rose and a blue rose at the same time. She started to thinks about her crush Yami stating that she will save him. She wants to show Yami how stronger she has become, and Rill is surprised. He is wondering how Charlotte becomes a captain without acquiring her true powers. Vanica summons Megicula seeing that she has found a worthy opponent.

She decided that she better join the battle now since it is becoming more interesting. Charlotte reveals that Megi is not her opponent, and Megi is surprised by what she is talking about. She explains why she is not fighting her, and she can get rid of her without touching her. Megicula asks her to have some fun with her since they can put on a great show. Charlotte decided that she will punish Megi without getting a dying wish. She unleashes powerful mana around her aiming to punish Megi to death.

Black Clover is officially available on VIZ Media and Shueisha’s Manga plus official platforms. Raw scans for new chapters are released 2-3 days before their respective chapters are published. We advise you to read the digital copies from their official websites and apps to support the Manga creators and publishers. Read about Black Clover Chapter 277.