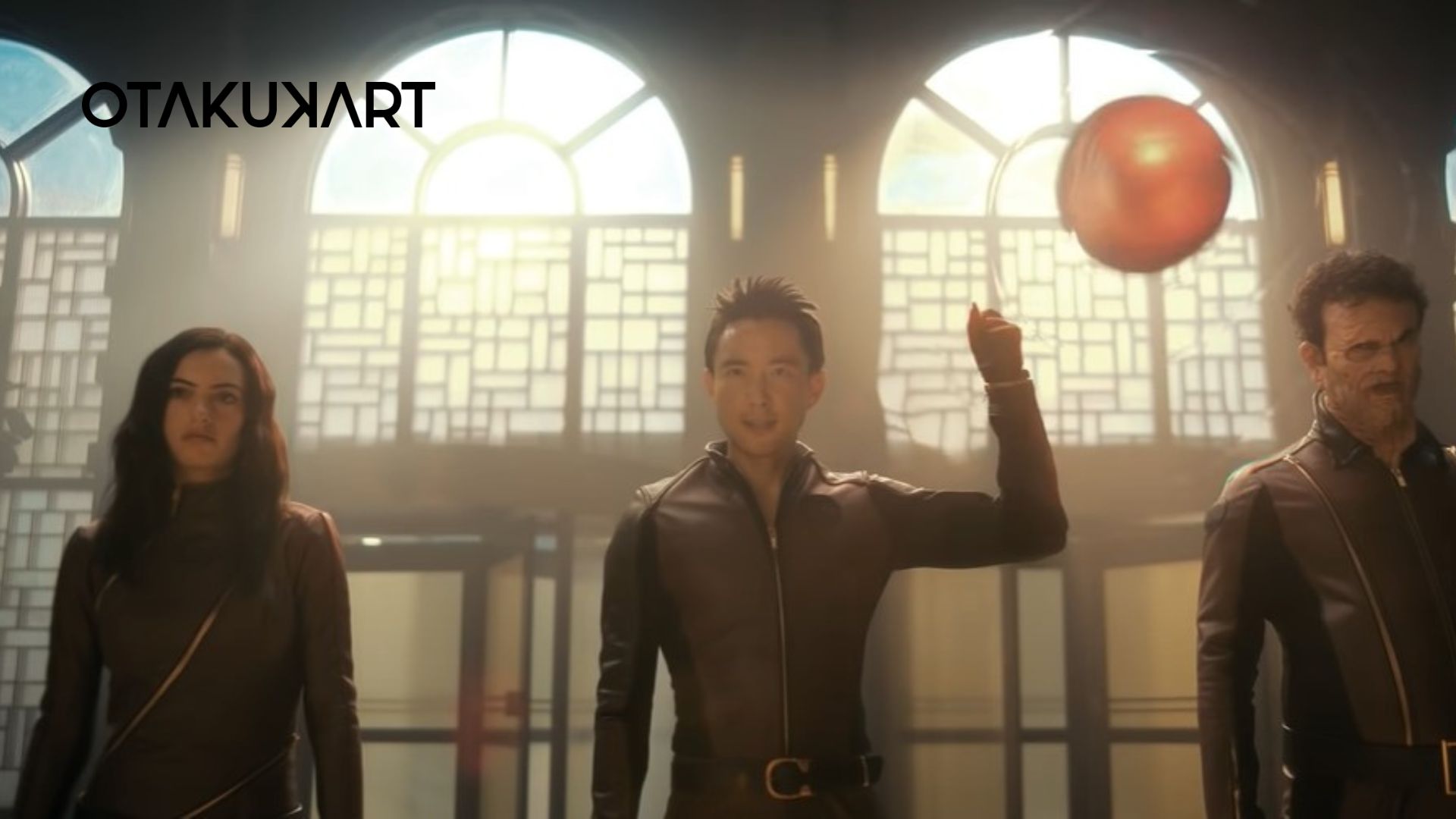 The eagerly awaited season 3 of The Umbrella Academy will finally air in June 2022 after a protracted absence for everyone’s favourite dysfunctional superpowered family. When is the Umbrella Academy Season 3 Filmed. Here is all we currently know, including the Netflix release date, casting information, and the trailer.

In the first few months of 2021, The Umbrella Academy Third season began filming. Fans were able to see what the cast members were up to thanks to photos that David Castaeda, Tom Hopper, & Elliot Page shared on their Instagram pages. Initially, it appeared that the cast members would finish everything by August 7, but that timeframe obviously shifted.

What’s The Umbrella Academy About?

It tells the tale of a family of former kid heroes who must get back together in order to keep defending the globe after they have grown apart. Here is the synopsis of the story:

Inexplicably, forty-three kids were born on the same day in 1989 to unrelated, unrelated mothers at random, who had no symptoms of pregnancy the day before. The Umbrella Academy was founded by millionaire businessman Sir Reginald Hargreeves, who adopted seven of them and trained them to save the world. The strategy, however, was not always followed. The family split up, and the group disbanded during their teenage years. When the six remaining members learn of Hargreeves’ passing, they come together even though they are now almost 30 years old. 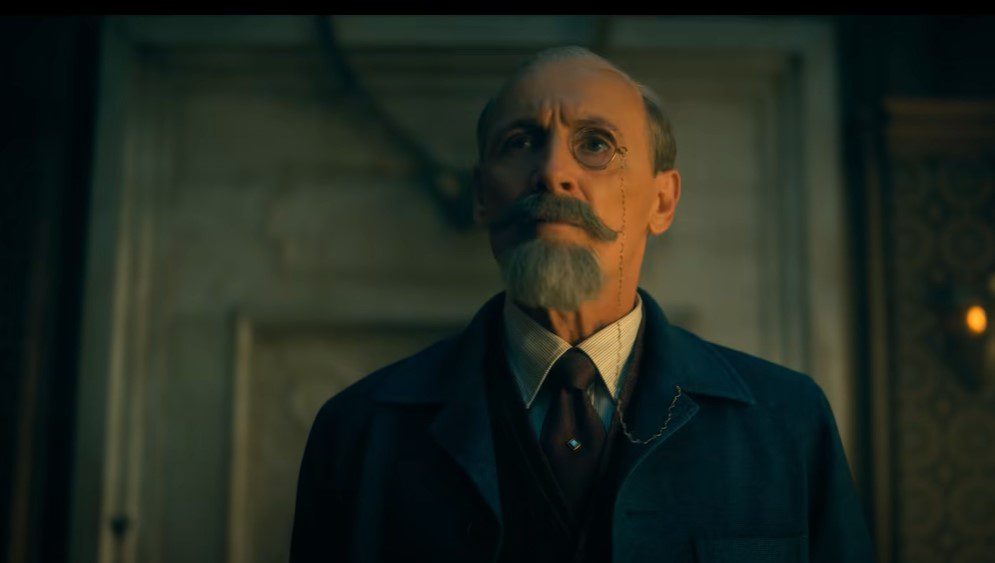 Working together to solve the mystery surrounding their father’s passing are Luther, Diego, Allison, Klaus, Vanya, and Number Five. But because of their diverse personalities and skills, in addition to the impending prospect of a worldwide apocalypse, the estranged family once again starts to split apart.

Cast of The Umbrella Academy Season 3

For season three, Ben will once again be played by Justin H. Min, but he will now be a part of The Sparrow Academy rather than The Umbrella Academy. Given that they were, despite all odds, still alive and well at the end of season two, the rest of the Hargreeves gang will also be returning. This includes Vanya (Elliot Page), Five (Aidan Gallagher), Klaus (Robert Sheehan), Allison (Emmy Raver-Lampman), Diego (David Castaeda), Luther (Tom Hopper), and Reginald (Colm Feore). 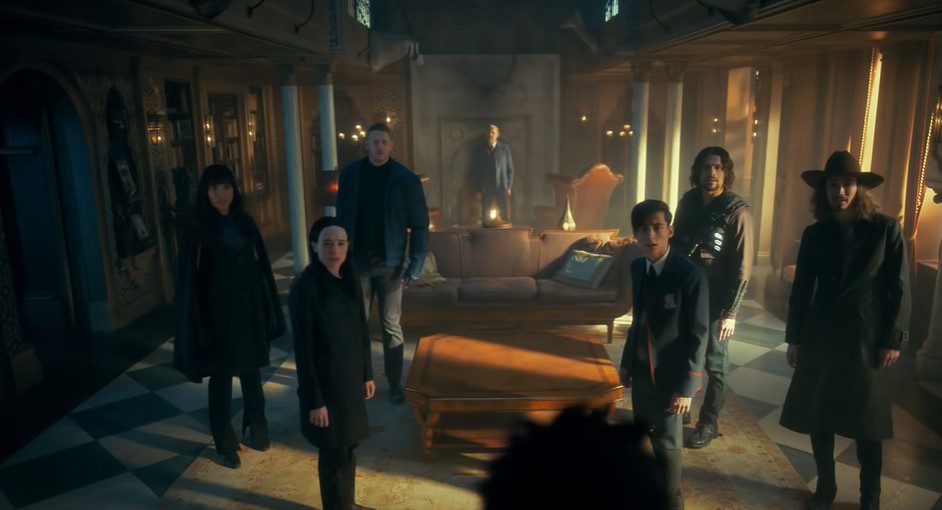 We now know that Season 2 newcomer Lila (Ritu Arya) will return and that she is better than the siblings in all they can accomplish. Additionally, it wouldn’t surprise us to run into Grace (Jordan Claire Robbins) & Pogo (Adam Godley & Ken Hall) once more.

When is Umbrella Academy Season 3 Filmed?

Season 3 of “The Umbrella Academy” was entirely shot in Ontario, particularly in Hamilton and Toronto. The third season of the series’ principal photography began in early February 2021 and ended in the final week of August of that same year. Due to the COVID-19 epidemic and the very tight regulations that were in place during production, there were fewer days spent on site and a longer overall shoot.

Hamilton, an Ontario port city, served as the location for a small amount of season 3’s “The Umbrella Academy” filming. The same structure at 4 King Street East used during earlier seasons was used by the production team to tape the external pictures of the Hargreeves residence. The cast and crew were seen filming crucial scenes in North Hamilton’s King George School, located at 77 Gage Avenue North.

In addition, Ottawa Street North serves as Dallas, Texas in the 1960s for a few scenes, with a number of stores decorated to serve as a fitting backdrop for that era. Further filming for season 3 took place at Gage Park, 1000 Main Street East in Hamilton, for a number of significant scenes.

Season 3 of “The Umbrella Academy” featured extensive filming in Oshawa, Ontario, a city on the shore of Lake Ontario. The majority of the indoor sequences were filmed at Parkwood Estate, with the exception of a few outside shots taken throughout the city. The McLaughlin family lived at the lovely residence at 270 Simcoe Street North in Oshawa from 1917 to 1972, when it was formally recognised as a National Historic Site in 1989.

Also See: When Does The Boys Episode Come Out?