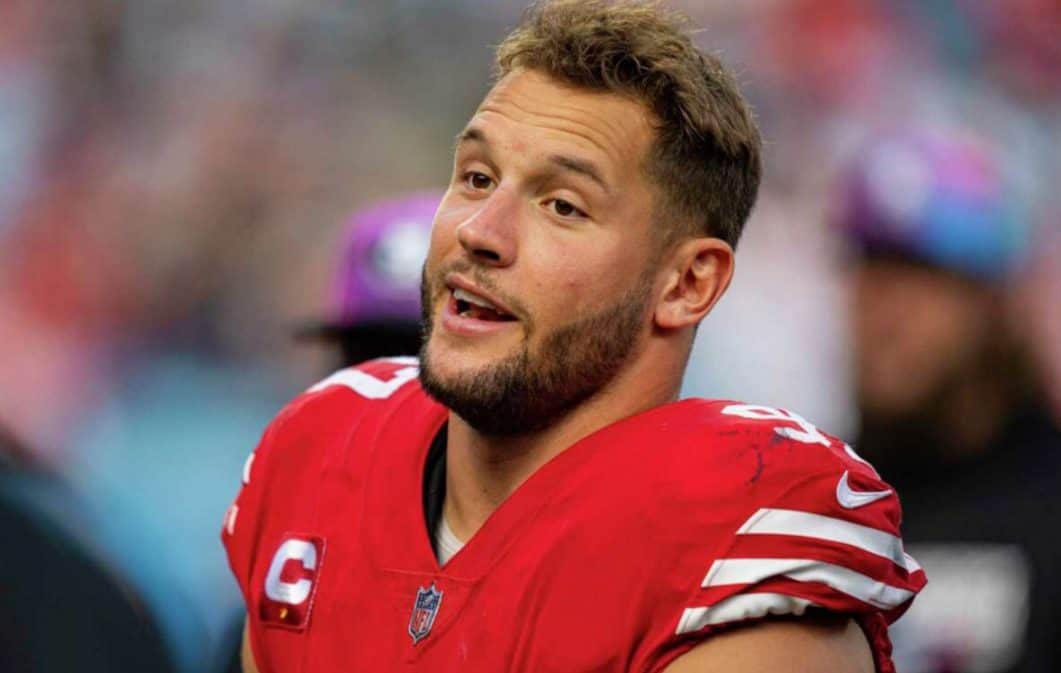 Want to know who Nick Bosa’s girlfriend is? The footballer made several headlines at the end of the last year, with his love life becoming awry. The way he got dumped on Tiktok caused a lot of drama. Eventually, it’s forcing everyone to think if Nick Bosa has started 2023, having someone special in his life. What do you think? Before getting into what’s going on in Nick Bosa’s love life, let’s have a brief look at his prominence on the football ground.

Starting from the basics, Nicholas John Bosa has been playing for the San Francisco 49ers since 2019. Talking about his position, Nick plays as the football defensive end. Born on 23 October 1997, Nick Bosa is now 25 years old. He hails from Fort Lauderdale, Florida. Following his passion for football, Nick also played the same sport at his college, Ohio State.

One of Nick Bosa’s recent achievements includes Deacon Jones Award. Last year, he also successfully made it to the First-team All-Pro. So far, Nick has made it to the Pro Bowl, not just once, but thrice. Coming back to Nick Bosa’s love life, his former girlfriend, Jenna Berman, broke up with him online. To most of his fans, that was pretty cruel. Why did things turn bad? Also, has Nick Bosa moved on? Well, he should. What’s happening? If you are looking for Nick Bosa’s girlfriend, here is what we know. 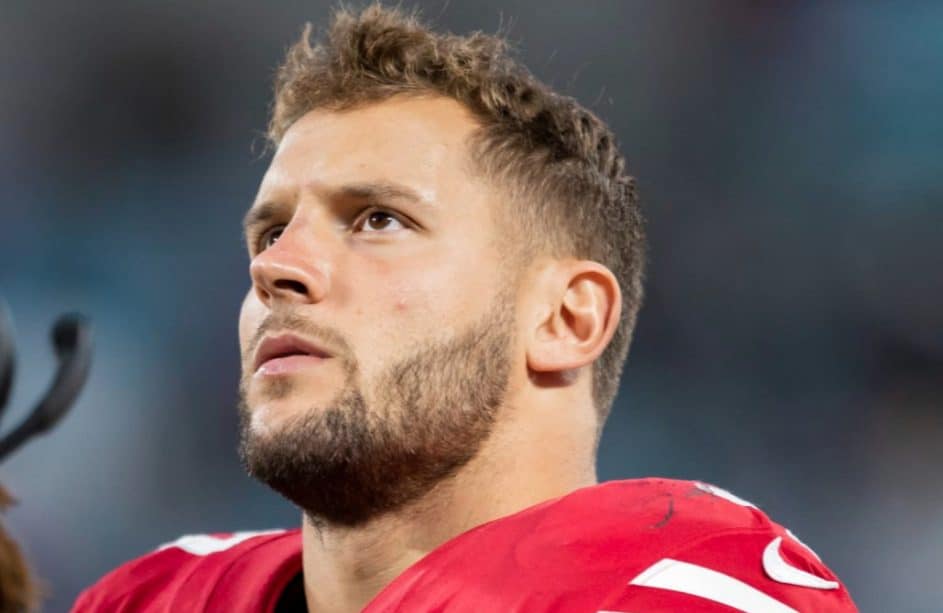 Talking about her love interest, Nick Bosa’s girlfriend is possibly no one but his football career. Wait! What does that mean? Well, it seems like right after parting ways with Jenna Berman, Nick Bosa has not gotten himself romantically involved with anyone.

We are unsure. Why? This is more because Nick Bosa’s last breakup caused a lot of sensual drama on social media. We wonder if the defensive end is dating anyone secretly. Well, not being willing to publicize his personal life can be considered because of what happened earlier.

When we discuss Nick Bosa’s current girlfriend, she appears to be no one as the footballer has not been spotted with any. During his free period, he is often seen practicing harder. That very much proves his dedication to his football career.

Now, you must have one question in your mind- what went wrong between Nick Bosa and Jenna Berman? Many of you aren’t aware of who she is. Well, Nick Bosa’s ex-girlfriend, Jenna is primarily a Tiktok star. Besides being a social media influencer, she is a model, too, endorsing various brands. Also, she works as a physician assistant and owns a cookie business along with her sister. It is reportedly named- Berman Sisters Cookie Co. 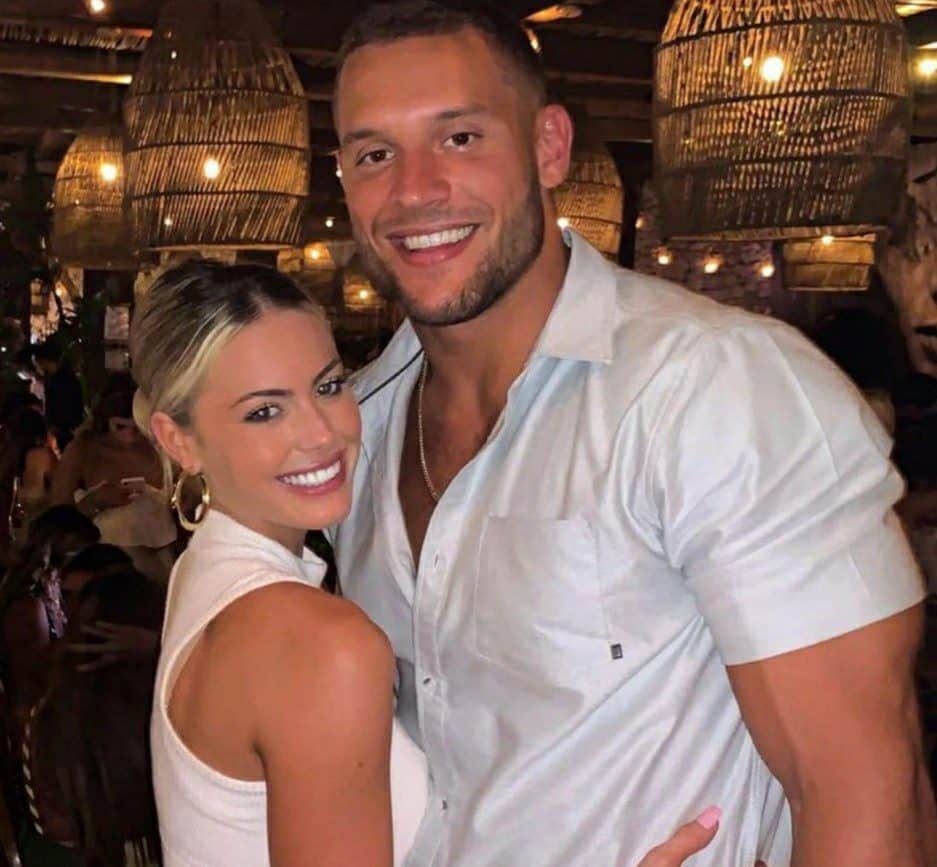 Well, Nick Bosa and Jenna Berman started dating each other back in 2021. But she dumped the NFL player last year and announced it on her Tiktok account. The caption said, “when he ignores you but is blind to the fact that you are ten times more skilled at the game. forever, bye.”

In addition to that, when fans said that Nick Bosa would get married to someone else, Jenna reacted by being okay with it. So, she anyway proved that there was no going back. No reconciliation! However, neither of them opened up about their split. It was ruthless.

Best Wishes to Nick Bosa for the upcoming days of his life. You may give Nick a following on his Instagram account for more updates.

A failed relationship can never stop one from falling in love again or getting what he or she deserves. Considering Nick Bosa is single, we believe that he will meet his love interest real soon.