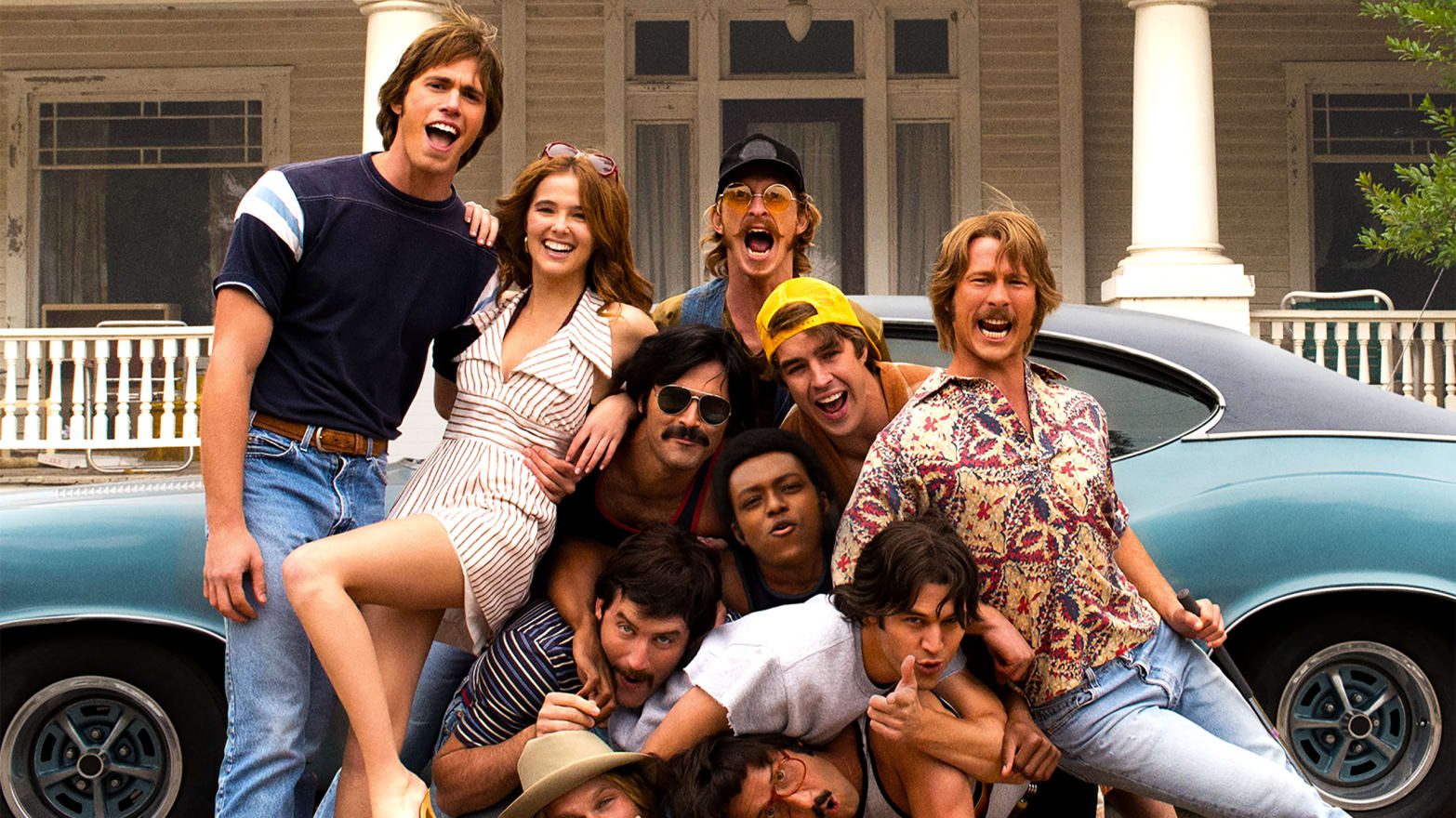 Sites Where Dazed And Confused Was Filmed. Cr: Google

The production of coming-of-age movies is commonplace, and it is not anticipated that this trend will halt very soon. It is becoming more difficult for a bildungsroman to avoid clichés and be praised as an extraordinary work because there are so many of them. One of the top films of the countless ones that exist is probably Dazed and Confused from 1996. In Quentin Tarantino’s opinion, it ranks as the ninth-best movie of all time. Matthew McConaughey was a star in the movie, but he wasn’t the only one.

There was Rory Cochrane, Nicky Katt, Joey Lauren Adams, Milla Jovovich, Cole Hausser, Parker Poussey, Adam Goldberg, and Jason London. The plot of “Dazed and Confused” centers on a group of students on their final day of high school in 1976 in Texas. The entire film mostly concentrates on the exploits of the youngsters on their last day of school, during which they, among other things, haze freshmen, visit a neighborhood pool hall, and attend a keg party.

I understand that the name “Dazed and Confused” may have had you all pumped. Today, we’re going to provide you with all the details you need to know about the gorgeous locations utilized to film Dazed and Confused, as well as other important facts.

Filming Locations For “Dazed and Confused”

Dazed and Confused is a coming-of-age tale as well as a historical drama. The film is set in Texas in 1976, as was previously said. Linklater established the Austin Film Society in 1985 when he was still a student at the University of Texas. Linklater claimed that his own experiences served as inspiration for the film, and he named several of the characters after classmates from the Huntsville High School class of 1976. The portrayal of the dominant mindset of the time period in the film is excellent. Furthermore, the general scene is well captured. The desire of viewers to know the location of the film’s filming makes sense in light of this. Is Texas actually where it was filmed? Or was it filmed somewhere else? Did the filmmakers misrepresent Texas as another location? 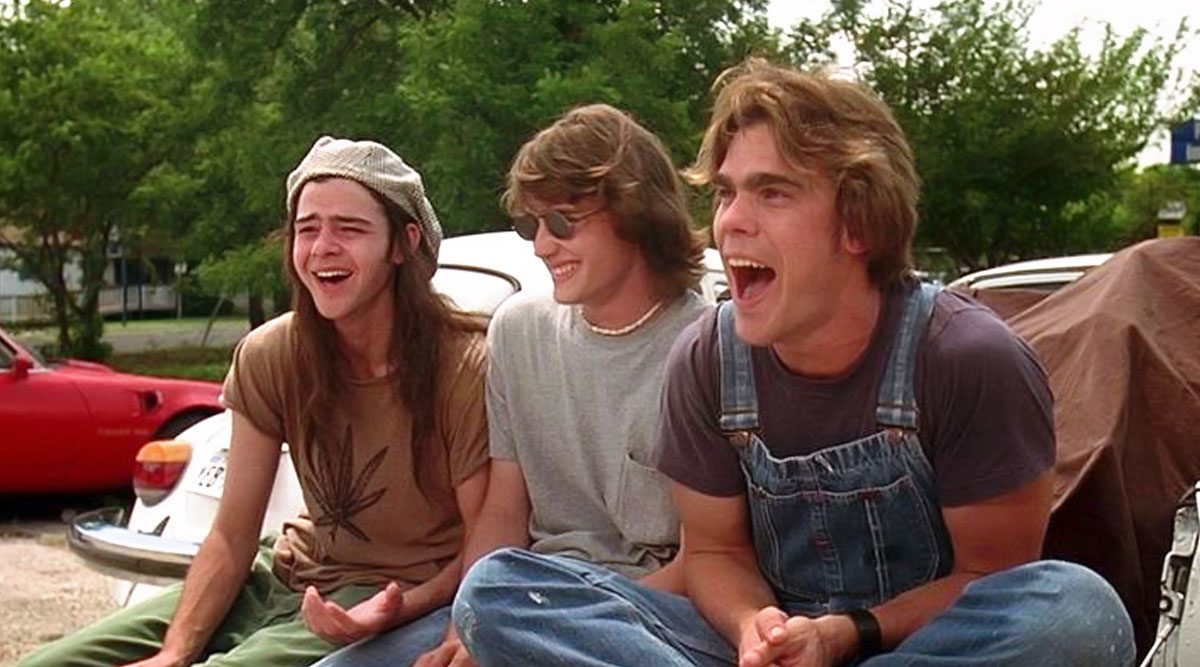 Have A Look At ‘Dazed And Confused’ Beautiful Locations

Also Read: Where Is Two Doors Down Filmed? Locations You Should Know

Yes, Texas served as the location for the filming of “Dazed and Confused.” This is how the movie achieves an authentic setting. Austin and Georgetown were the locations for the majority of the filming. “Dazed and Confused” managed to film in Texas despite taking place on the last day of school in a small Texas town. The big movie sequences, along with a few minor ones, were reportedly mostly filmed in Austin, Georgetown, and Seguin, according to the sources.

In a scene where the teens are grabbing food and hanging out with one another, the Top Notch Hamburgers drive-in restaurant is one of the movie’s most recognizable settings. At Top Notch, Wooderson spoke his most well-known phrase, “Alright, alright, alright.” Since the entire setting and sequence were designed to increase McConaughey’s screen time, it is obvious that there wasn’t enough of him. 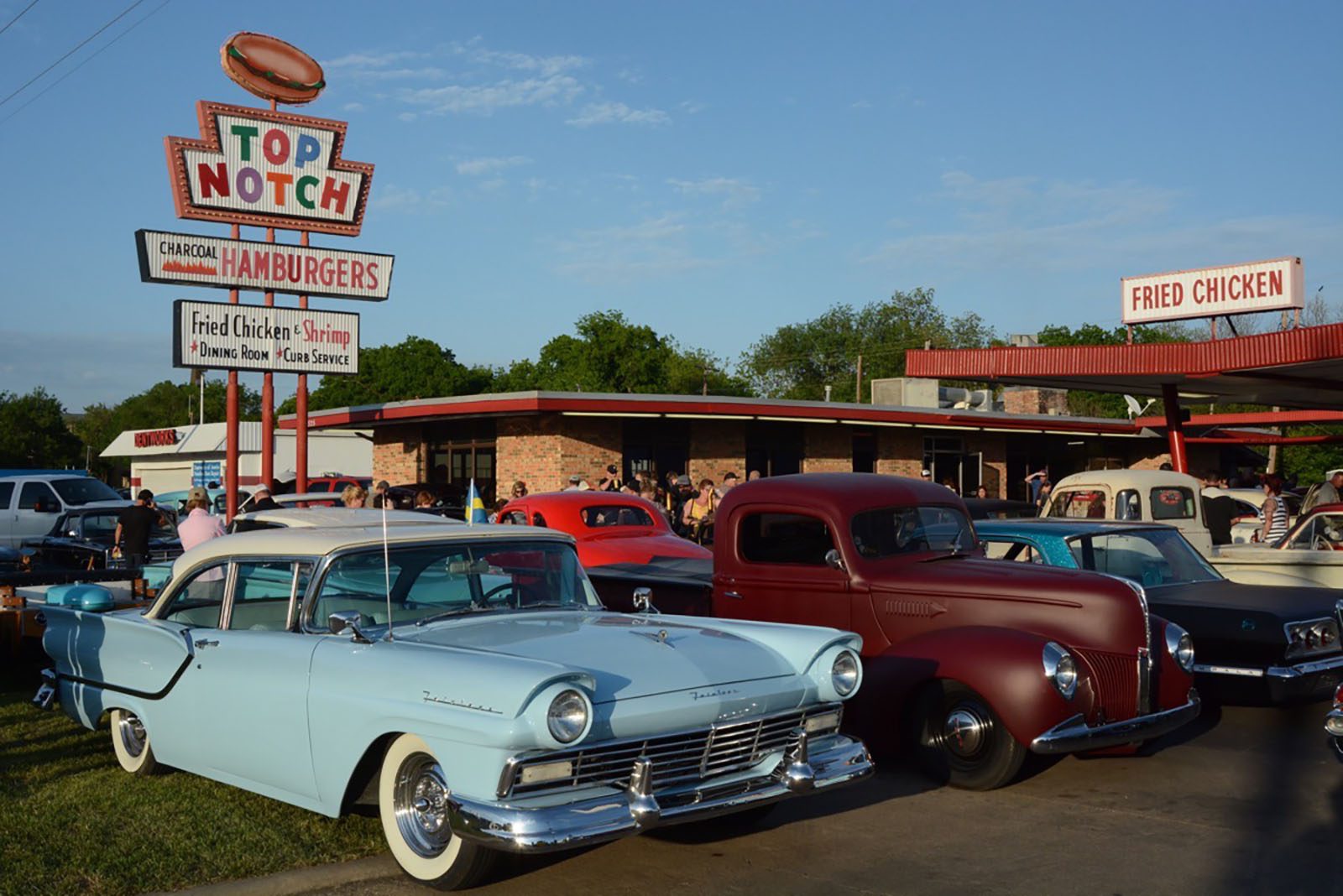 One Of The Sites For Dazed And Confused Was Top Notch Hamburgers.

Another iconic scene in the film took place at a local hangout called The Emporium. The Emporium, also known as the Violet Crown Shopping Center in real life, had a significant and defining role in “Dazed”‘s filmography. In this scene, Wooderson is hanging out with Pink (London), Mitch (Wiley Wiggins), and Don when he utters another of his most famously recollected quotes, the one regarding high school girls (Sasha Jensen). The school that the characters attend is unquestionably the most significant location in the film. Filming for Lee High School scenes took place at Austin’s Bedichek Middle School, located at 6800 Bill Hughes Road.

However, Georgetown Elementary School served as the location for the scenes that were shot in the junior high school attended by the prospective freshman. Scenes involving Mike Newholm’s home were filmed at 2513 Great Oaks Parkway in Austin. In a scene shot at the Tony Burger Center in which Pink is seen reflecting on life on a football field, at Shoal Creek Road and Ann Park Drive, Mitch’s baseball game was filmed. Scenes involving Carl’s home were shot at 6409 Wilbur Drive and at 5800 Coventry Lane, which included Kevin’s home. In addition, Seguin, Texas, was used for filming.

Also Read: Tarzan And His Mate Filming Locations: Where is The Cult Classic Filmed?