This article will give you all the details of Today’s Webtoon Episode 1 Release date and Where to Watch the series? Today’s Webtoon is a South Korean drama series that will be premiering soon. Fans are excited about Kim Sejeong’s New K Drama. Today’s Webtoon revolves around the story of a woman who has recently joined a webtoon editorial department. She and her coworkers find it difficult and struggle to mature into a true webtoon editor.

This series will be a mix of comedy and drama where you can see the daily life struggles of the woman to cope with her work. Today’s Webtoon also focuses on how she deals with leaving her athletic career because of an injury.

What is the storyline of Today’s Webtoon?

Today’s Webtoon is a South Korean Drama series premiering its first season in 2022. This is one of the most-anticipated series to be released in 2022. Today’s Webtoon story revolves around a woman named On Ma Eum, who is a new joinee in a webtoon editorial department. Eum and her coworkers struggle to be a perfect webtoon editor. Although, she is also going through pain and remorse of leaving her athletic career because of an injury that tore her ankle ligament.

She gets the job of the editor when she delivers the food at the webtoon editorial department, and Eum finds it a fun job. However, things are not the same way they look like. In the series, we will see On Ma Eum struggling to mature into a webtoon editor.

Who is in the cast of Today’s Webtoon? 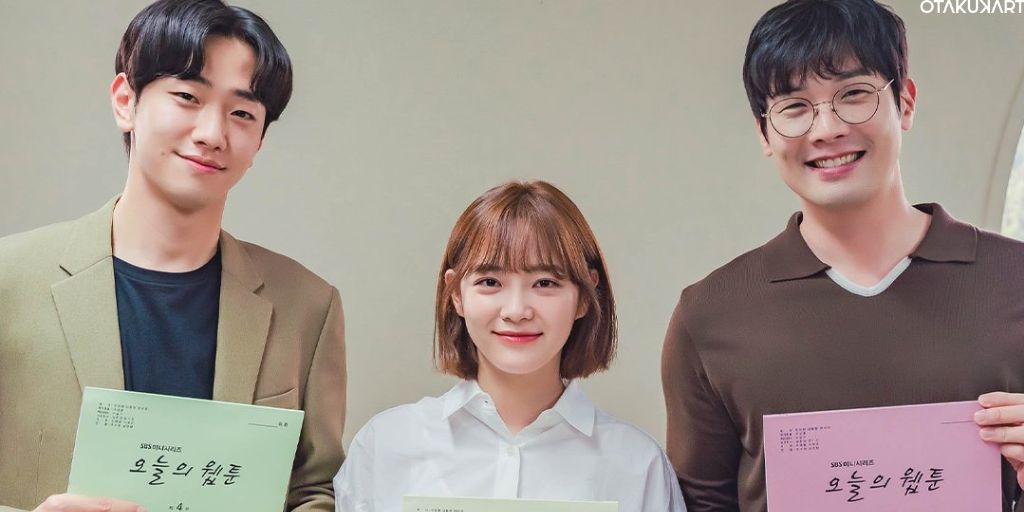 People are excited about the series and curious to know the release date. So, you won’t have to wait too long for the premiere as Today’s Webtoon Episode 1 Release Date is 29 July 2022. The Series will consist of 12 episodes, and the final episode will be premiered on 3 September 2022. Each episode of the series will have a duration of 60 minutes.

Where to Watch Today’s Webtoon Episode 1?

We hope you have received all the information about Today’s Webtoon Episode 1 release date and Where to watch the series? For more updates like this, stay connected to OtakuKart. If you want us to cover any other series. Let us know in the comment section