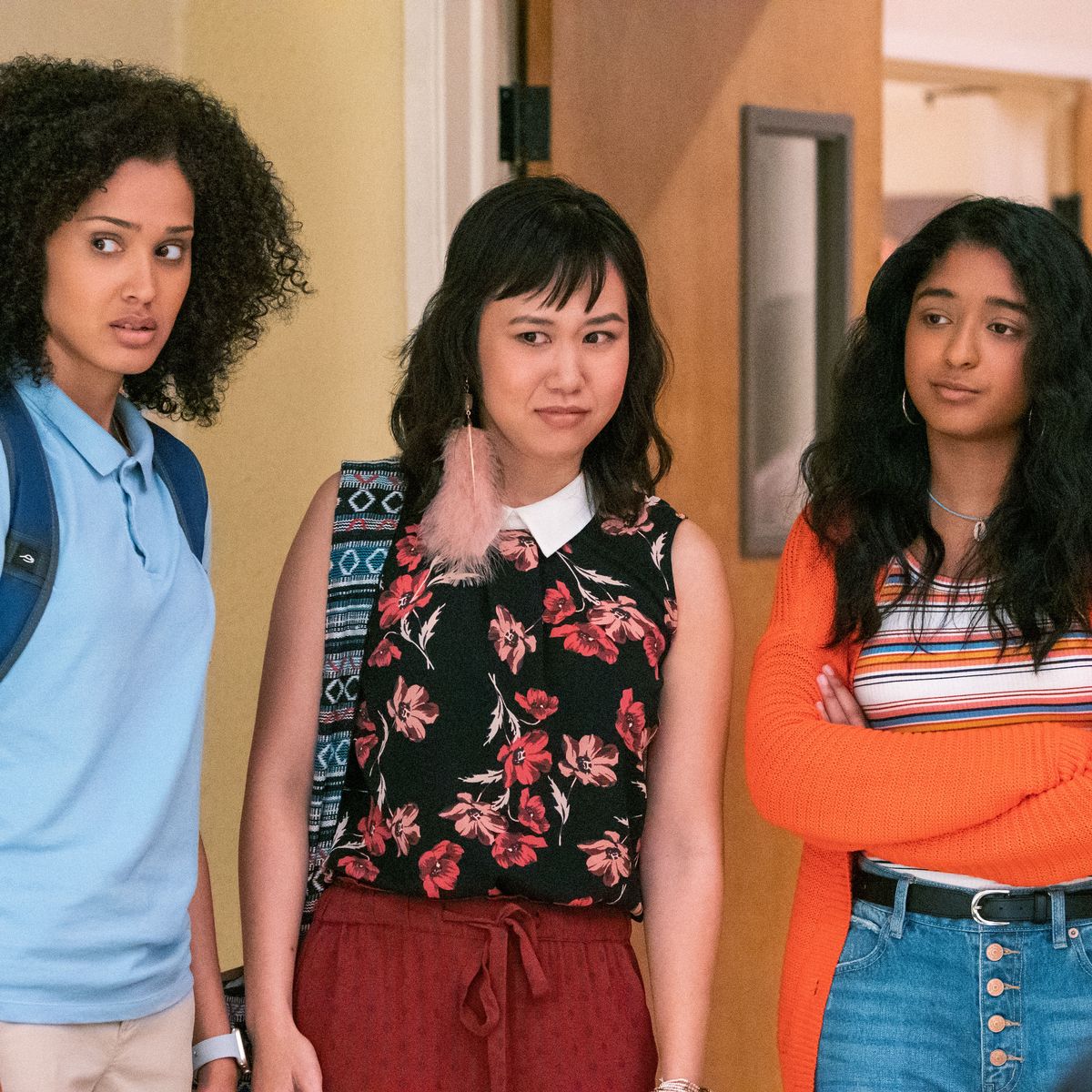 Never Have I Ever season 2 is now set to come back on Netflix, the streaming giant. This announcement comes in after an excellent debut of its first installment on the platform. The audience, as well as the critics, were literally in awe with this teenage drama that is narrated. Obviously, the show fits in very well with the teen flick library that Netflix has spent millions building through all these years. Well, here we will wrap everything up regarding a new installment of the show. This includes some new details about the new characters that will be spotted in Never Have I Ever season 2. We also have production updates and much more information.

First things first, Never Have I Ever is an original drama created by Netflix. It is a coming of an age comedy show that has been developed by Mindy Kaling along with the help grom Lang Fisher. This series can be a story that was actually experienced by Mindy when she was a teenager in America. Maitreyi Ramakrishnan is the breakout star of the show and we have seen her giving away a breakout performance. Well, after this successful role, there surely will be many more projects in which we are going to witness this young Tamil Canadian star. As for the renewal, it came in three months late but it did nevertheless.

Devi, Kamala, and Nalini at the Ganesh Chaturthi event

Never Have I Ever season 2 — Has it been renewed?

Never Have I Ever season 2 was confirmed officially by the streaming platform on the 1st of July 2020. For this announcement, we had a quick Zoom call by the cast members. Here, it was announced by Maitreyi along with her mates that we all are going to get a second installment of the show. She also revealed her professional bangs. We all know how the platform likes to base all its renewal decisions on the number of subscribers who come in to watch a newly released Original series. All this while, there are still some more crucial factors that go in while making a decision to confirm a show.

At this point in time, we know that all the fans of Never Have I Ever are torn between the finale that the show left us with. It has got all of us wondering about what is going to happen in the second installment. Well, we will head over to our speculation department later, but before we have a piece of important news to break. It has come into the light if news media outlets that Never Have I Ever season 2 is going to include two new co-stars. Then, there will be a guest star role with a recurring guest star available too.

❗️❗️ MAITREYI GOT BANGS ❗️❗️ oh yeah, and Never Have I Ever got a season 2 🙃 pic.twitter.com/sHJhjQMmXb

Never Have I Ever season 2 — Here are the four-character additions!

The addition of these new characters includes Dimple. She is a small woman who can be dubbed for a grandmother. Dimple resides alone in Chennai, located in southern India with her birds. This character is sort of an antithesis of the mother of Nalini. Next up we have another Indian character named Charu. She is a mother who has a bigger than life attitude. This character is a fabulous woman who lives in Chennai. The next character addition includes Nirmay. He is quiet as well as a respectful person. Nirmay is the husband of Charu who often gets overshadowed by his larger than life sort of wife. Last, but not least, we have Sasha. She is the plus-size and effortlessly cool kid who is a friend of Eve. All this while, back on the 10th of December 2020, a word was handed over to the news media outlets.

It was regarding the new cast members joining the list of Never Have I Ever season 2. This new actor is Tyler Alvarez. He has been confirmed to be a part of the story in one of the recurring roles. He is set to reprise the role of Malcolm, a young Hollywood type of guy. Previously, Tyler has been spotted on two other series by the streaming service provider. The list includes American Vandal as well as Orange Is the New Black. PJ Byrne is also coming back for a new installment of this teen drama.

A still from Never Have I Ever Season 1

PJ has previously been acknowledged in The Boys as well as Big Little Lies and Black Lightning. At this point in time, there also are two additional names attached to the show, they are John Mawson who is set to enact the character of Dr. Elgin Peters. Then we have Megan Suri in one of the undisclosed roles.

What will be the status of the love triangle between Devi, Paxton, and Ben?

Now, as for the plot, the first thing U would love to discuss with you guys is the live triangle formed between Devi, Ben as well as Paxton Hall Yoshida. There were potential hints all over the first installment about Devi and Ben getting together but it was not until the concluding moments that we saw Devi approving the love of Ben. Well, this actually is a bit problematic for the young pair because Ben is actually in a relationship. All this while, from the start we have spotted Devi pursuing Paxton. In the conclusion, we saw that he is now genuinely interested in her all thanks to his sister.

Obviously, a second installment is going to bring a variety of awkward moments between Devi and Ben while they are both trying to understand the feelings they have for each other. At the same point in time, they will be heading over to their other life interests. Although, there still is another possibility to this story. We can even witness Devi rejecting Paxton. By doing so, this actually might increase the feelings that Paxton now has for Devi.

This might make her popular among the other boys in school and finally, it will all come down to one thing. The girls of Sherman High who are practically infatuated with Paxton Hall Yoshida are going to get hostile toward Devi. I mean, change my name if this isn’t the classic rom-com story or what. But we obviously know Mindy Kaling. She is totally going to surprise us with some other twists and turns that cannot even be thought of.

Read More: Peaky Blinders Season 6: A Detailed Analysis About The Next Season!

Will Nalini and Devi move back to India?

All this while, there still is a matter of whether or not Nalini wants Devi and herself to move back to India. Given the fact that there are three new Indian characters being added to the show, there is a high possibility of maybe a trip to India. Later in the scenes, we witnessed that the mother and daughter were finally able to settle all their differences and spread Mohan’s ashes together at the place they used to go. Nevertheless, there still are a variety of issues to deal with.

Read More: The Crown Season 5: A Detailed Analysis Of The Fifth Installment