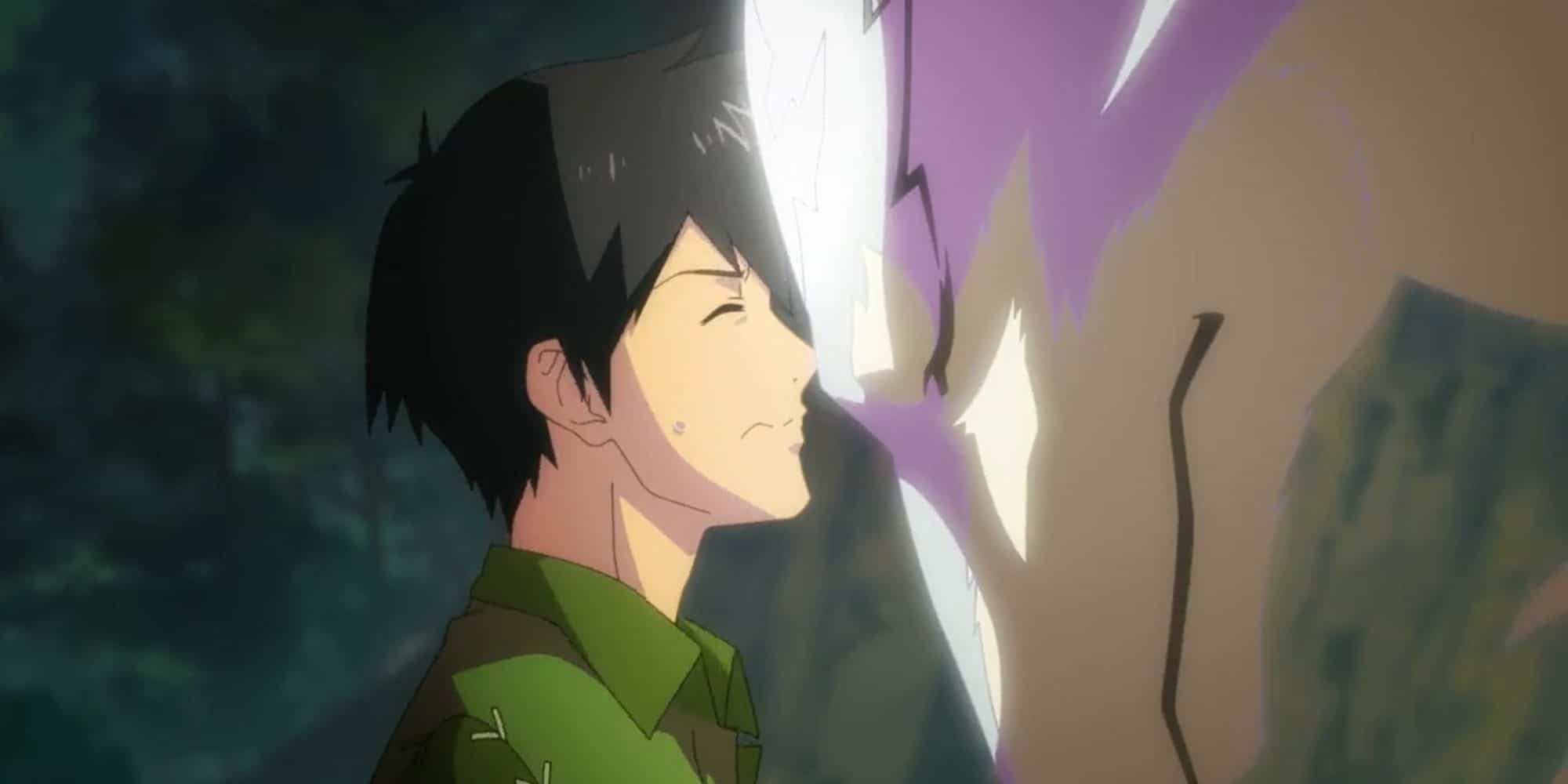 Some fascinating anime releases with unusual names of winter 2023 have gotten us all excited, and the first-ever isekai from the Studio MAPPA, who’s currently working on some of the big upcoming sequels like Attack on Titan, Jujutsu Kaisen, and One Punch Man, and now Campfire Cooking in Another World with My Absurd Skill, directed by Kiyoshi Matsuda, has released its first episode successfully, and fans are already starving to get more from it.

Yes, since its official announcement until its first release, everyone has been impatiently waiting, but now we want more. First of all, the title of the anime, Campfire Cooking in Another World with My Absurd Skill, has definitely caught everyone’s attention, especially the ones that love cooking genres in anime like Food Wars, Isekai Izakaya, or Toriko. This cooking show with some slice-of-life thrown in is perfect for your cozy winter days.

Campfire Cooking in Another World with My Absurd Skill is another anime adaptation based on the Japanese novel series, which was first released in January 2016 on the Shosetsuka ni Naro website and was later imprinted to Overlap Novels in November of the same year. It was written by Ren Eguchi and illustrated by Masa.

The manga adaptation, illustrated by Akagishi K, was also serialized on the Comic Gardo manga website in March 2017. J-Novel Club has indeed licensed the series for English publication for both light novels and manga in March 2019 and April 2020, respectively. 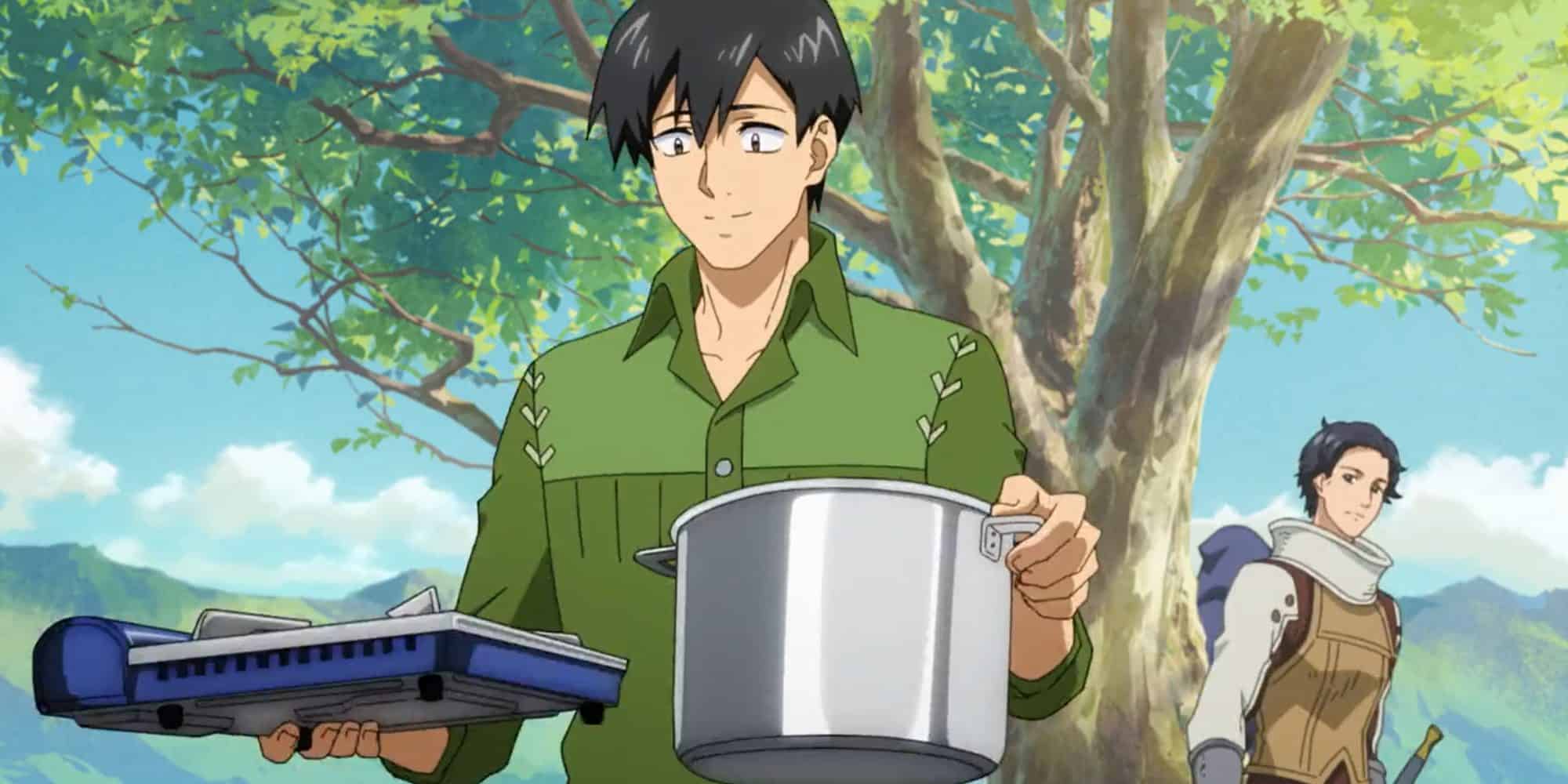 Campfire Cooking in Another World with My Absurd Skill Episode 1 Recap: Spoilers

Campfire Cooking in Another World with My Absurd Skill takes place in a fantasy world full of mysterious creatures. Mukouda Tsuyoshi, the story’s main character, is a 27-year-old man who was mistakenly summoned to the kingdom of Reijseger to fight a demon king alongside three other actual heroes. He was quickly withdrawn from the title of “hero” because he was utterly unsuited to combat any demon.

Additionally, his skills were “Appraise Item Box” and “Online Grocery,” which allowed him to buy any food item from his previous world and have it delivered to the new world for a certain amount, and he soon realized that if he wanted to survive here, he would have to implement these skills to make a living.

From there, his journey began, and he came up with a plan to travel to the neighboring country called the Kingdom of Veenan to make good money through cooking. During the journey, he hired some escorts to assist him in getting there safely without any catastrophes.

Mukouda offered to cook meals for everyone on his journey. With his item box skill, which functions as a portal for his personal storage, he can pull out his stuff, like a burner or other kitchen appliances that help him prepare meals. 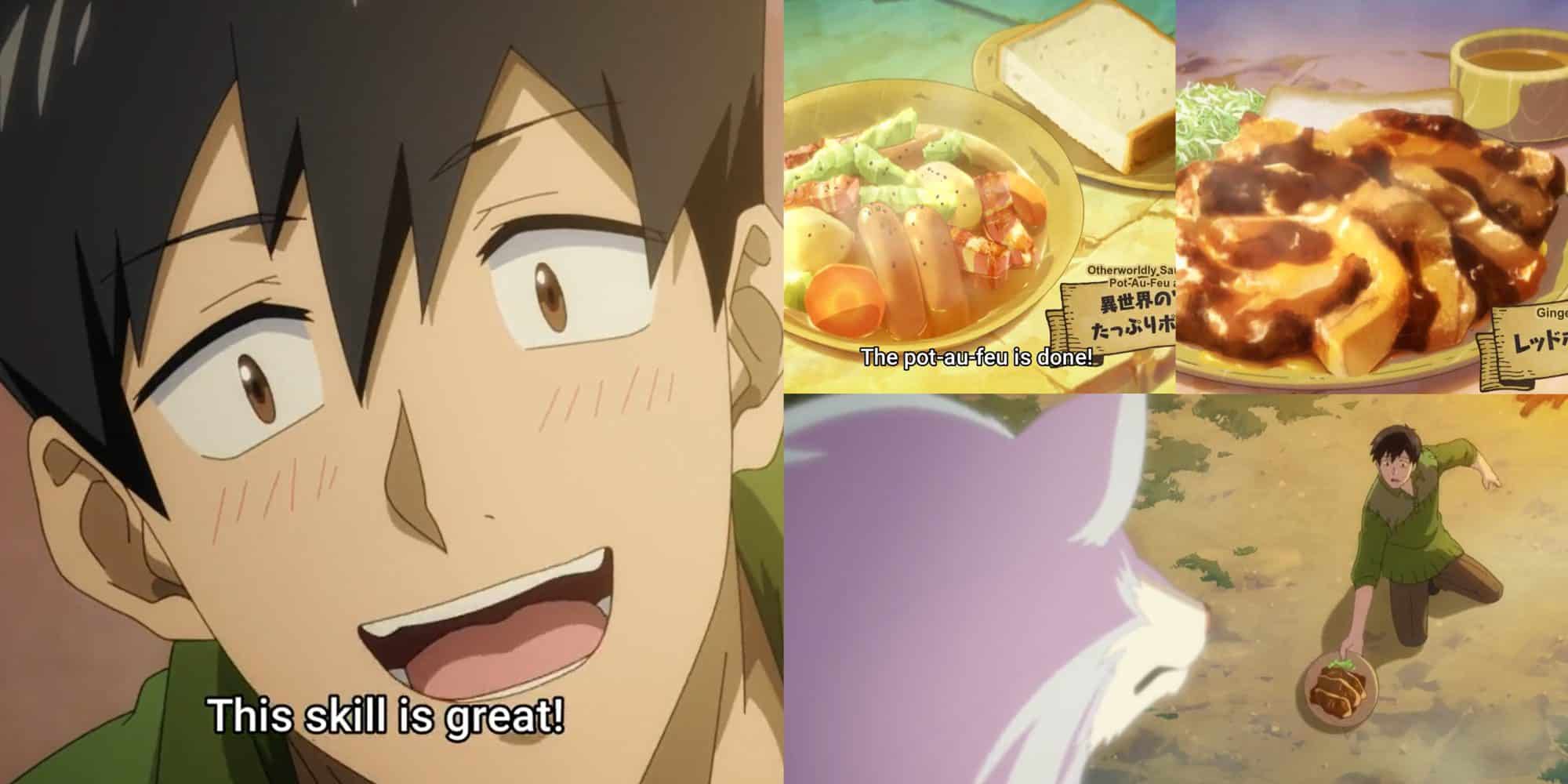 The escorts were blown away by his natural cooking abilities and the fact that he prepared food for everyone. And in this manner, over his few days’ journeys, he would cook various dishes, such as when they encountered a boar and carried the meat for later preparation, from which he cooked a dish called pot-au-feu, by which everyone was greatly astonished by the taste.

Everyone was delighted and rejuvenated as a result of the excellent delicacies, but they also lured a giant Fenrir, whom everyone feared, and he then ordered Mukouda to prepare the same dish for him as well. The Fenrir, who was completely blown away by his exquisite cooking, wants to sign a contract with him to serve three meals a day. And without any escape, he accepted his contract.

This is going to be a non-stop cooking class for us, as Fenrir, who demands three meals a day, seems intimidating. The escorts are going to leave them soon on their own journey, and from there, how they are going to get along with each other on a daily basis is what we are looking forward to.

Moreover, he needed to have more ingredients from the new world rather than depending on his online grocery, as there was a shortage of coins in his pocket right now. Serving Fenrir is also going to be a big deal with such a low amount.

So therefore, how he will be making money, possibly by selling food and cooking somewhere with the skills he was given, is what we can anticipate from the next episode. Also, other additional supporting characters, particularly the cute little slime creature, have yet to be unveiled.

Such food-themed anime never disappoints, and based on the first episode, it seems like Mappa’s production has done a fabulous job, and there’s more to come. Episode 2 of Campfire Cooking in Another World With My Absurd Skills will be released on January 16, 2023, at 8:30 p.m. Japan Standard Time, and here are the time zones for other regions:

Campfire Cooking in Another World with My Absurd Skill Episode 2: How to watch

Campfire Cooking in Another World With My Absurd Skills is aired on TV Tokyo, TV Osaka, and other Japanese platforms, with the series simulcast on Crunchyroll in other regions. For all the subscribers, you can stream the first episode on Crunchyroll as well.