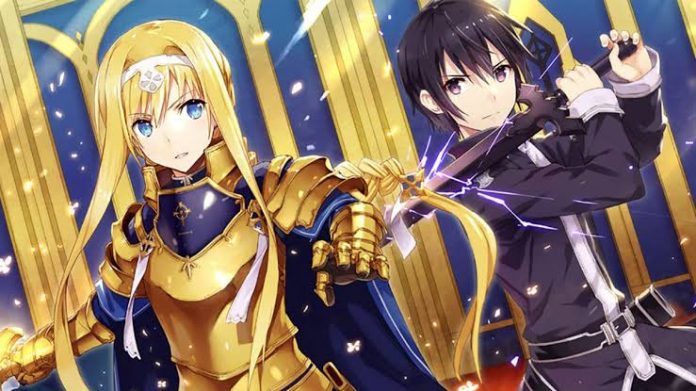 After the end of part one of Sword Art Online Alicization ‘War of Underworld’, we all have been waiting for the release date of the second part of the same. At last, our waiting period is now over and we now know when it is going to air. In this post, I’ll be discussing Sword Art Online Alicization ‘War of Underworld Part 2’ release date and other various details like spoilers.

It was revealed recently that the official release date for the first episode of Sword Art Online Alicization ‘War of Underworld Part 2’ is going to be 25 April 2020. This is surely very exciting news for the lovers of the show. We all can watch the show via Tokyo MX, Tochigi TV, BS11, MBS in Japan.

So, what should we be expecting from this new Sword Art Online part? Before the start of War of Underworld, we saw Kirito, Eugeo and Alice defeating the Administrator. But the after-effects of this event are now looking very fatal. After all, this happened Eugeo was already dead, Kirito was in a coma in both the virtual and real-world and Alice was left alone to deal with the war. The first cour of War of Underworld covered how Alice was trying her best to keep the dark powers at bay and save her world. It became more difficult day by day to the point that she just cannot handle all of it by herself.

Alice needs help and now in the upcoming Part 2, we’ll see Kirito waking up and supplying all the help to Alice that he can. Kirito will be doing his best to unite the good guys against the bad guys. Its easier said than done but that is exactly what needs to be done. Do share with us your thoughts regarding Sword Art Online Alicization’War of Underworld Part 2′ in the comments section below.