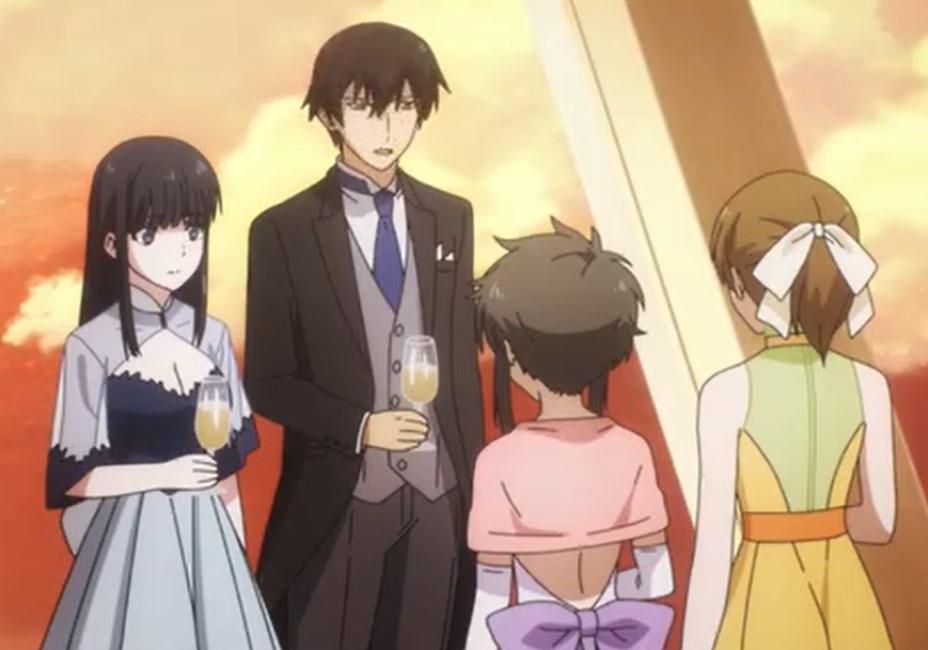 From the recent update of this Anime, Miyuki shows up and tells Tatsuya that the party is finished, and he is glad that she has enjoyed it. Other students show up and asking him what he is working on. He said that just a few notes about system-level assistance could lengthen spell duration. Later Fumuya arrives at the station, and a girl named Minami is given a mission to do magician work. Let’s find out what the latest development has to offer below.

In the evening, Fumiya asks his partner if their job is starting tomorrow, and she told him yes, it would be around five. Fumiya reveals that the expected enemy goes by the name New Breed Front. Their role is to prevent terrorist attacks and obtain any info about the enemy organization. His partner said that he is wrong. He must try to read their orders. She reveals that their job is to get intel on the New Breed Front’s headquarters and funding source.

Fumiya agrees with her; later, the students are attending a party. Tatsuya asks why Erika is not around, and Shizuku said that she wasn’t feeling well. Miyuki thanks them for inviting them and said the view from the top floor here is breathtaking. Tatsuya reveals that Tokyo Offshore Tower is Japan’s first hype building with 360 floors aboveground and 36 floors underground. The sky lounge on the top floor is 2ooo meters high.

Tatsuya said it exceeds his expectations, and Honoka said being at this height makes her nervous. She asks if the building collapse in an accident or earthquake. Tatsuya said there is no problem since four gigantic pillars support the building. Each pillar stands erect due to the flywheels’ gyroscopic effect, which has been installed on the 36th underground floor and every 60th floor.

He also explains everything about the building and how it can operate during a power outage. Miyuki saw someone and warns Tatsuya, who tells Honoka that they are going outside for a bit. While they are going out, they met with  Hayama. Hayama asks them if they are also gues at this party. Miyuki replies that Honoka and Shizuki invited them, and she asks him what he is doing. Hayama reveals that Madan has sent him to keep an eye on things.

Tatsuya asks if his aunt has concerns about this party. Hayama reveals that it is because it is the first time a building in Japan has magicians involved in this manner. He also reveals that Madan hopes that nothing happens here, and he asks if Miyuki is working at the entrance ceremony tomorrow. He then advises her to get plenty of rest for the occasion. Miyuki thanks Hayama for his advice and said that she would talk about it with Tatsuya and leave early.

Sakurai shows up, and Hayama introduces her to Miyuki and Tatsuya. Hayama reveals that Sakurai is the niece of Honami Sakurai, who serves as Madam Miya’s personal attendant. Meanwhile, Yami and her sister are outside on a mission. They are told that there are two suspicious men in uniform, and they kept on observing them. Yami’s sister asks her what to do about those two men.

Since the head of the family ordered them to detain agents of the New Breed Front. She reveals that they won’t know if they are members of that organization unless they capture them. The two decided that they should capture those men before anything gets out of hand. The two use their powers and created perfect dilution to enter the building, and those two men didn’t see them.

Yami notices that those men are magicians, and she knock them cold using her powers. Other enemies show up, and they keep on putting them to sleep. Later at the party, it has been revealed that the enemies have hijacked the center of the first underground floor. The officials reveal that everyone must leave the building as they will bomb it in an hour.

Next week after the release of the latest episode, we will be bringing other updates of the next episode. Episode 13 of this anime has managed to give us those updates above. You can also read The Irregular at Magic High School: Visitor Arc Season 2 Episode 12.