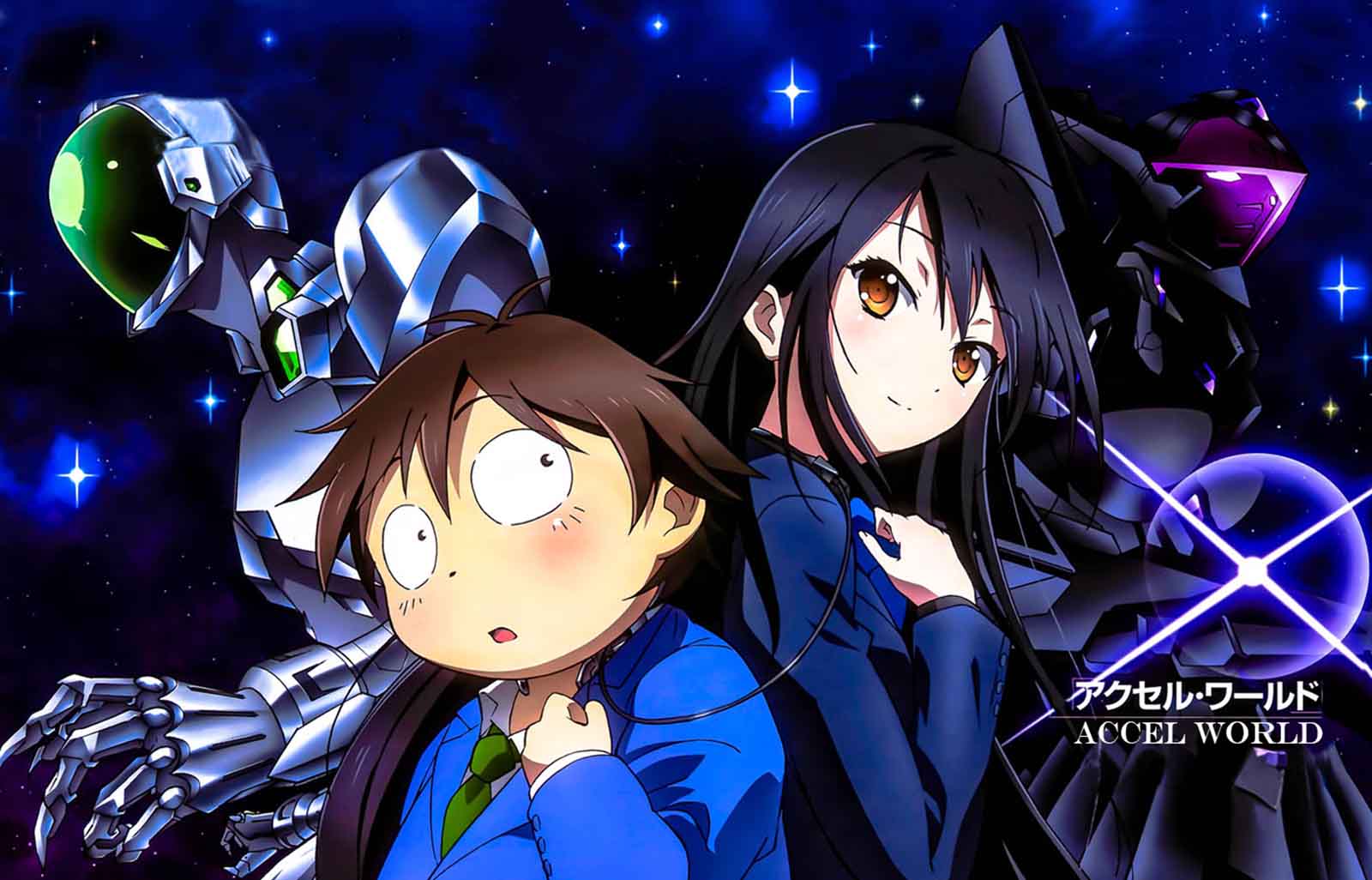 Many great ones have been forgotten with the number of new titles and sequels of anime being released. This was bound to happen because the new titles are in no way bad, almost every single on those are so intriguing and fun to watch. But we can’t allow the old classic and amazing ones to be forgotten just because some new amazing new faces have entered the district.

These are some of the great shows that really do need a rewatch by us. 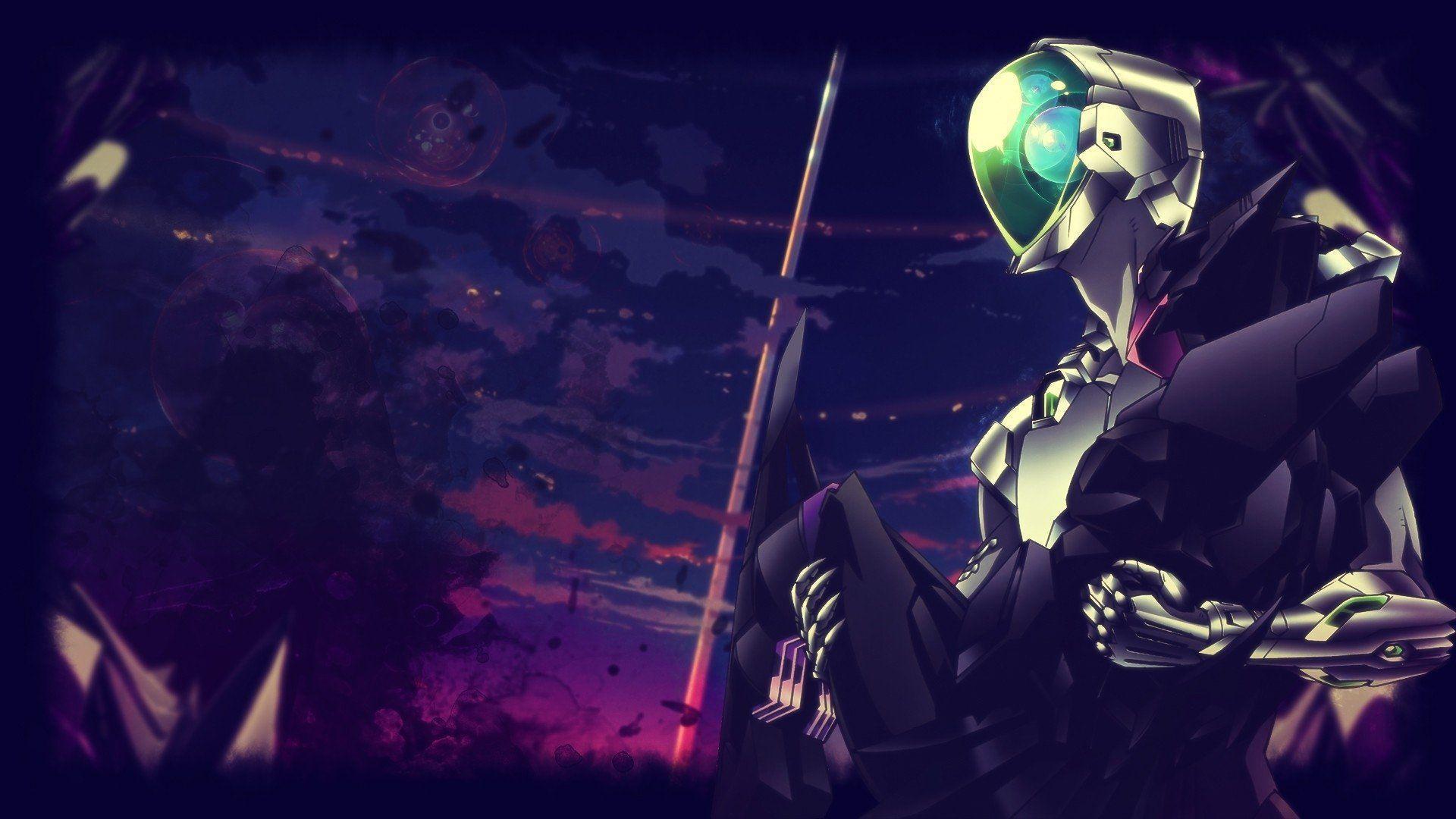 This is an anime that many have seen, but many have forgotten it too. But the moment we hear the name of this anime, a light bulb glows somewhere in the back of our heads.

There’s a very high chance almost all of you have watched this anime but forgotten about it; the series used to run on Cartoon Network also for a long time.

Created by Toshihiro Fujiwara, the series followed Sho Yamato, who loves mountain biking. Yes, it’s another sports anime; this genre is something every anime fan will love. Even if someone is a hard Demon Slayer fan or a Tokyo Ghoul fan, all of them would be happy to take a seat and watch some good old fashioned sports anime. And Idaten Jump is one of the best picks from the series.

Just like in true sports anime fashion, we see the main character trying his best to become the best at the sport, surpassing all of the other powerful competitors one by one, losing here and there, and finally being the best himself.

But this one isn’t your run of the mill type sports anime; it has a heavy fantasy influence. It is a perfect blend between two of the best anime worlds, spots, and fantasy.

So for the story, we go into the world of mountain biking. Sho, our main character, loves riding his bike along the special track his dad made called the X-Zone, his dad is actually out of the picture, and no one knows where he is.

One day while having fun at the track, a shady team appears and challenges Sho and his friends to a race, but the catch is that whoever wins the race gets to keep track for themselves. Because of how much the track meant to show, he had no other choice but to accept. With his bike’s help, “Flame Kaiser,” which his dad built for him, he takes on the other team.

But to everyone’s surprise, every single person in the race is teleported into another world called the X-Zone. Here is where the fantasy part comes in. In this world, MTB means everything; they have special battles for MTB called Idaten Battles; each winner of a battle is awarded an emblem.

So Sho and his friends are told that to escape from this weird world, they have to collect 10 emblems in total. There starts their journey to win everything and to be the best in the X-Zone. Before each race, every racer will magically equip riding gear on themselves; their bikes have some kinds of different powers in this world. It’s an enjoyable and refreshing watch. 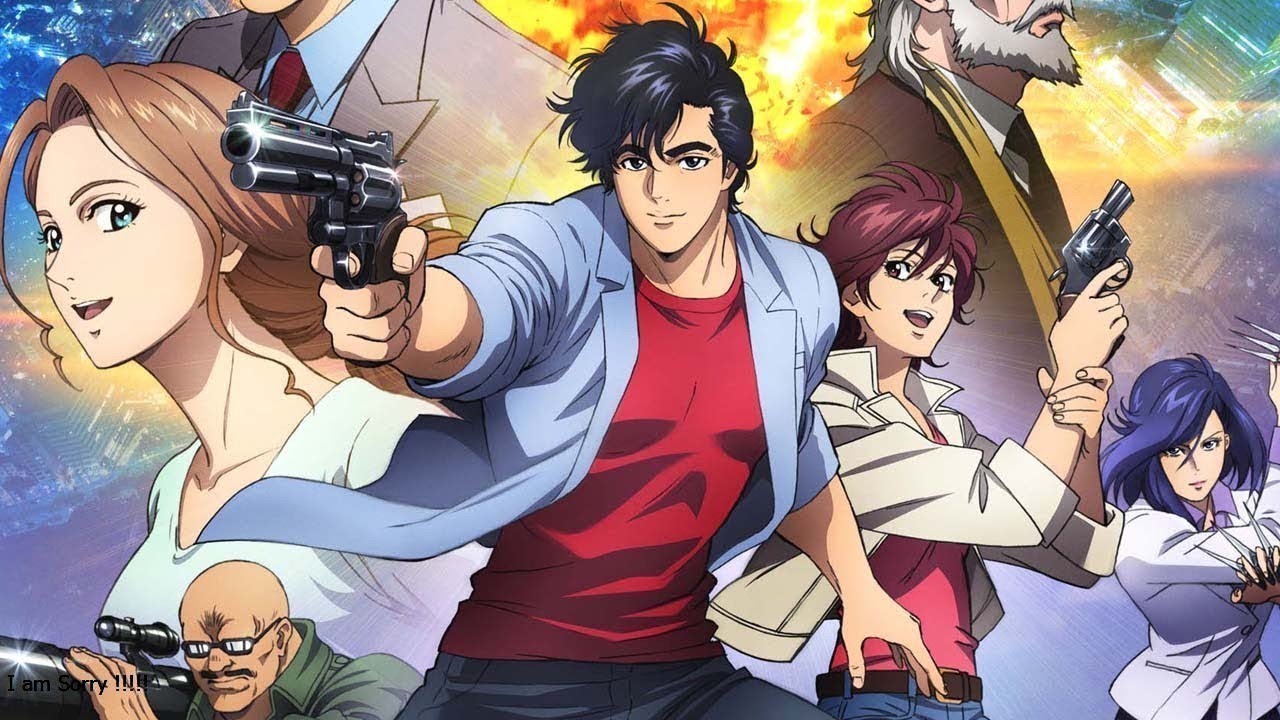 Unlike Idaten Jump, we haven’t forgotten this one; this anime stays with us forever because it really is legendary. As we said, the only thing is because of the number of new additions, anime like these tend to get sidelined.

Created by Tsusaka Hojo, City Hunter follows Ryo Saeba, a fascinating and iconic character. The guy is a brilliant and powerful detective who could single-handedly rid Tokyo of its crime and corruption. But he has a massive weakness; he dedicates more of his life to follow beautiful girls. The sight of them would make him lose control.

Along with his business partner Hideyuki Makimure, they run a detective organization called City Hunter. Not just detective work, anything and everything related to such topics will be solved by them. They can only be contacted by writing the letter XYZ on a board present in the Shinjuku Station.

But tragedy strikes when his business partner and best friend of sorts is murdered. With the loss of Hideyuki, Ryo is left to take care of Hideyuki’s sister Kaori. There begins the story of a bizarre romance and detective work.

The pair work very well together, assisting each other in every way they can. Kaori seems to have a liking for the detective and hence gets jealous when he sees beautiful women and does some weird stuff. This leads to Kaori smacking him in the head.

Along with some amazing detective stories and cases, including some edge-of-the-seat action and gunfights, we also get to see a very interesting romance budding between the two main characters. 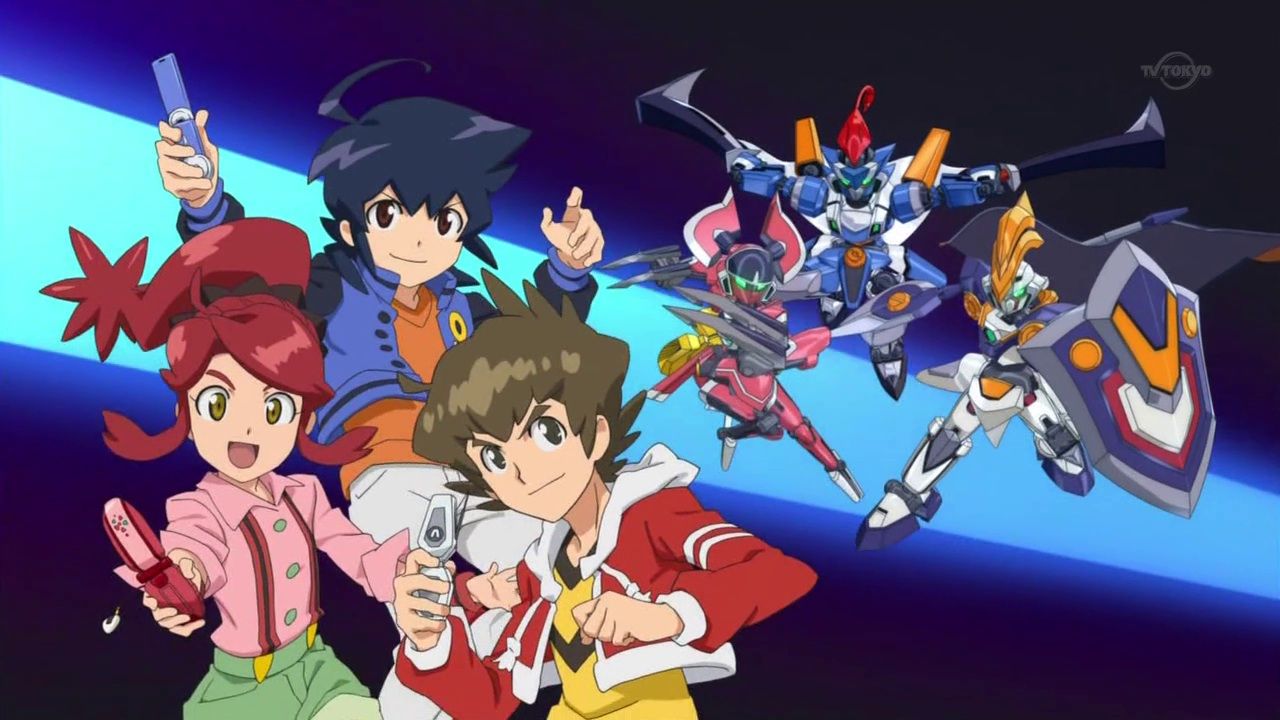 Directed by Naohito Takahashi, Danball Senki or LBX is an amazing anime that features miniature fighting robots. This is the perfect anime for kids and teenagers; the storyline, the characters, the animations, and the robots themselves are so addictive.

Set in the future in the year 2050, we follow the life of middle schooler Ban Yamano. In this world, a super special cardboard material is invented that can withstand a ton of damage. This special cardboard is put to a ton of use, with one of them being LBX’s. These miniature robots can be used in warfare, but their power was so much more than anyone anticipated. It was so much that the government had to ban them.

Later a different model was released for everyone to buy; these models would be used mainly by kids to battle each other, just like how we see in Beyblade. Each LBX has a characteristic of its own, and each of them is very cool looking.

Our main character, Ban, is a huge fan of LBX but is one of the only kids who never own one.  That’s because of his mom’s decision, which was influenced by his dad’s passing because of some LBX related accident.

But one day, he is approached by a strange woman and given a briefcase. It contains a very special LBX that no one has seen before; the tiny robot also contains an essential material on which the universe’s fate may depend on. Here starts his journey. 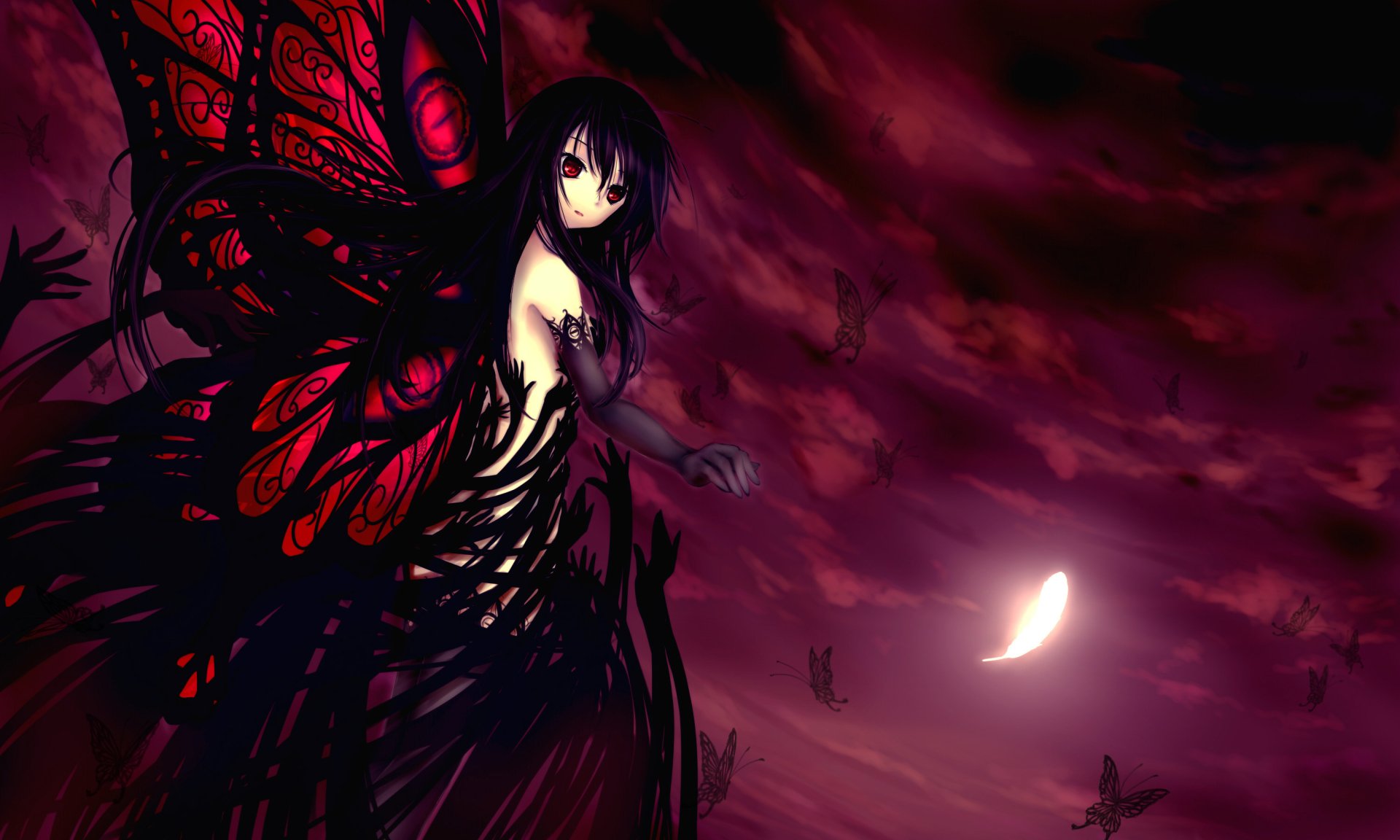 This anime would be perfect for video game lovers and fantasy anime lovers. It also has a touch of romance here and there for the rom-com fanatics out there.

Written by Reki Kawahara takes place in the future where Virtual Reality is of great importance. We follow the life of Haru, who is a short, overweight boy, which makes him a target at his school. He has a troubled life but finds peace in virtual reality.

By using Neuro Linker, people can connect to cyberspace and exist in that world as a different character of their choosing. So whenever Haru feels down, he logs on to the network and plays squash alone. Because of the time he spends on the network, his skills at the video game have gotten very good, so much that he gets the attention of a special someone.

This special someone is Kuroyukihime, who introduces him to Brain Burst, a type of program that can enhance a person’s brain’s power up to the point where time literally stops in the real world. But there is a whole lot more to Brain Burst; it isn’t just a gimmick. It’s actually a Massive Augmented Reality online multi-player game.

As soon as you enter the game, the game itself gives you a custom character, with each one looking different and having different sets of abilities. The only ability that not a single person had in Brain Burst was the ability to fly.

Haru gets in the game and dawns the character of Silver Crow, and to everyone’s complete surprise, he has wings and can fly. This makes him the first-ever character in the game world, with the ability to fly, giving him a massive advantage over every other player.

So both of them team up to complete the game, which they believe can be done by defeating Level 10. By completing Level 10, they intend to meet the creator of this massive project and want to learn the purpose of this entire thing. They take on an arduous journey filled with despair and some jaw-dropping battles.

These were our picks for some of the best anime that has been sidelined lately due to new releases. Every single one of these is binge-worthy. Happy Watching!

Read: Most Popular Yellow-Haired Anime Characters Of All Time

Neo-Noir Films: 6 Movies that you Should Watch in 2021