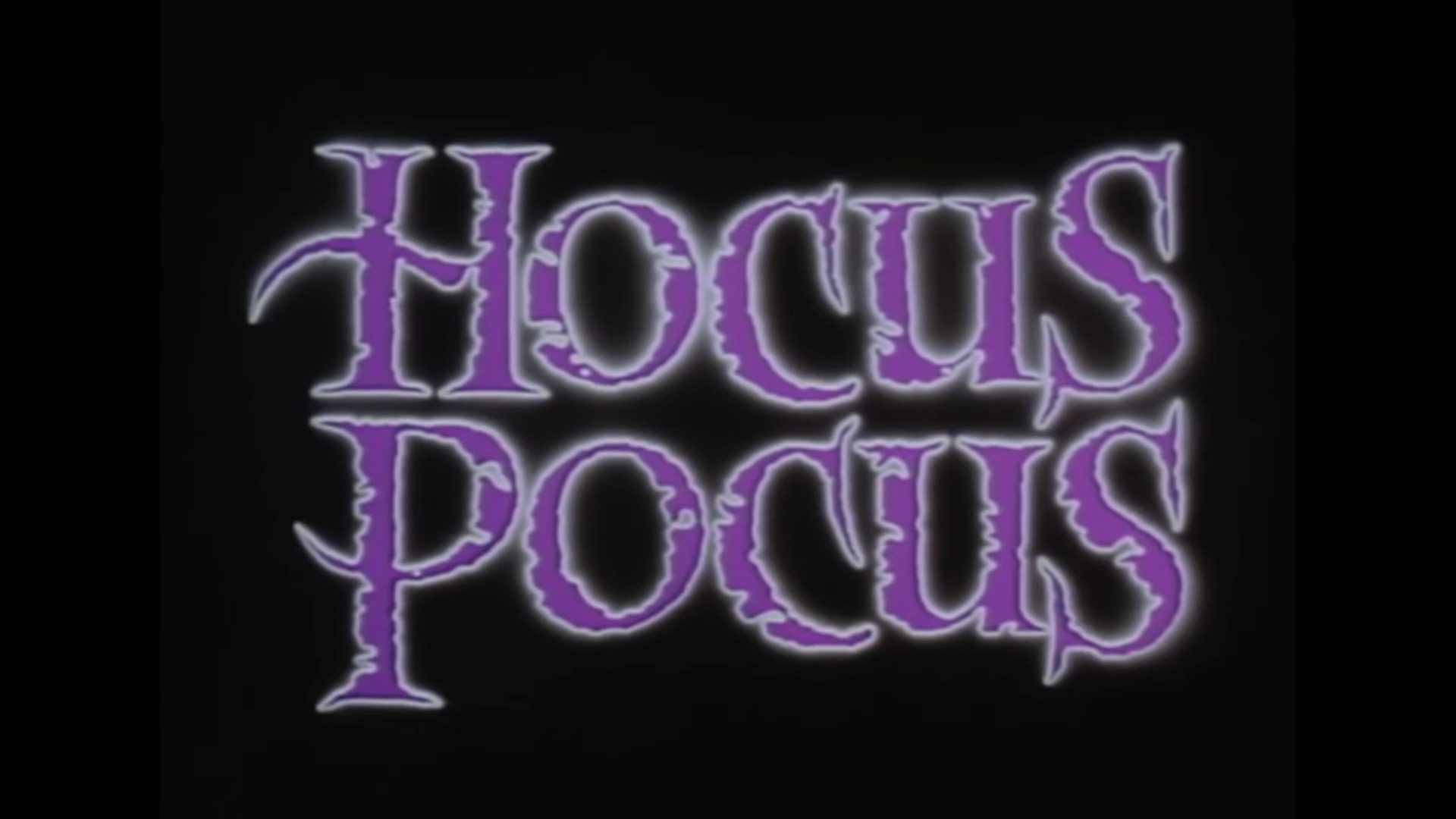 All the Hocus Pocus movie fans get excited as its sequel is arriving super soon. For this reason, we are brushing up Hocus Pocus ending for you all. The movie, as the name suggests, caters to the horror and comedy genres. The movie ‘Hocus Pocus’ revolves around the three witches of the Sanderson family that are Sarah, Winifred, and Mary. This Walt Disney movie received mixed reviews from the critics as well as the audiences. Let us dive right in to know more about this horror-comedy movie.

The star cast of Hocus Pocus, released in 1993, includes Sarah Jessica Parker, Bette Midler, Kathy Najimy, and Vinessa Shaw, as well as many refined actors from the early 1990s era. The Hocus Pocus of the three witches converts a brother into a black cat. Without waiting any longer, let us hop into the plot and the ending of Hocus Pocus.

The story of the movie Hocus Pocus revolves around three witches. The setup in the movie is of the year 1993 in Massachusetts. Sarah, Winifred, and Mary take little Emily into the woods. Emily’s brother, Thackery Binx, caught the witches red-handed and confronted them. But, he could not save his sister’s life. The brutal witch trio drives out the force from little Emily’s life to become younger again

The witches turn Emily’s brother into a black cat, also, they hocus pocus him on the curse of immortality with the guilt of not saving his little sister’s life. The story of the movie Hocus Pocus proceeds further with the punishments to the witch trio, but they get lucky with their trickery every time. Tune in to Google Play to watch the movie online.

Also Read: Annihilation Ending Explained: Every Character Is Flawed In A Certain Way

The fantasy movie Hocus Pocus is full of twists and turns. The witches leave no chance to create a hassle in the town. They even get deadly punishments for the acts they commit, but still, they get back to their trickey and voodoos. But, the witch trio experiences a fateful end. Let us read further to know more details about the Hocus Pocus ending.

After turning Emily’s brother into a black cat and cursing him for immortality, the townspeople find out that Emily is missing. They accuse the witches of the killing of Emily and Thackery Binx and arrest them. The townspeople sentenced the witch sisters to be hanged to death. While one of them, Winifred, casts a spell that if a virgin lights a Black Flame Candle in their cottage on a fool moon on the Eve of All Hallows’, then the sisters will be resurrected. 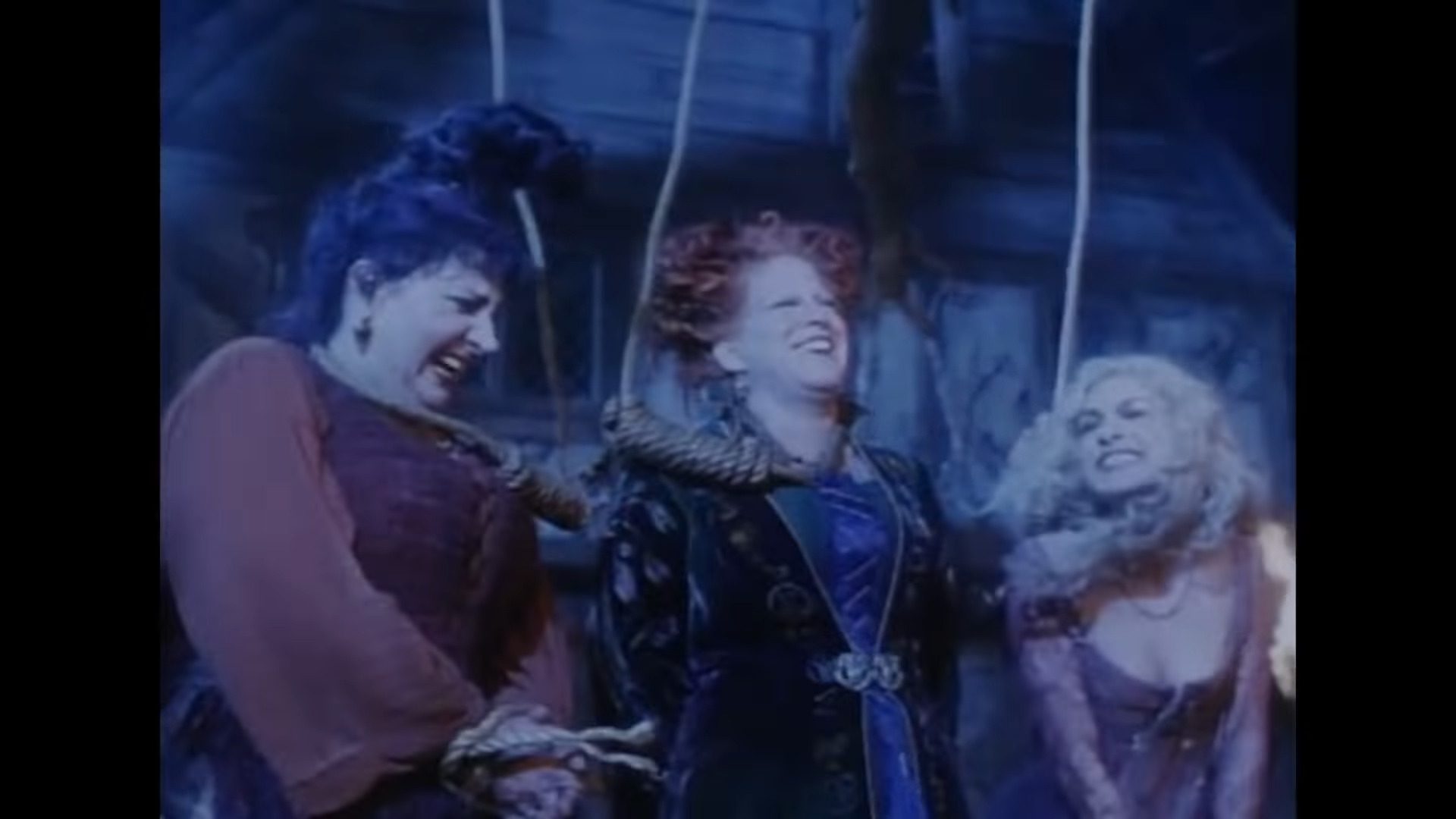 Winifred, Sarah, and Mary in the movie Hocus Pocus

Leap forward to three centuries. In 1993, Max Dennison took out his younger sister, Dani. They also meet Max’s current crush, Allison. Three of them visit the witch trio’s cottage. The Sanderson cottage was reconstructed as a museum. Max lit the Black Flame Candle, and the witches came back to life. On the advice of the black cat, Binx, they steal their spellbook and rush to the old cemetery to hide. Winifred wakes her unfaithful lover, Billy, from the grave and sends them after Max, Dani, and Allison. The spell worked on Halloween only; otherwise, they would turn into ashes when the sun came up.

The Witches Turn Into Dust And Stone

Max and Allison open up the spellbook to reverse the spell on Binx. But instead, the witches get to know their location from the open spellbook and kidnap Dani and Binx. The kids tricked them by saying that sunrise is early and the witches fall to sleep, and the kids escape. Billy takes hold of the kids. With their continuous efforts to drive the life out of the children, the witches were unsuccessful, and they turned into stone and dust. Binx’s curse was reversed, and he died while Billy went back to his grave. But at the end, the spellbook opens again, indicating the witches will return.

Also Read: Hocus Pocus 2 Release Date: Who Is In The Cast?