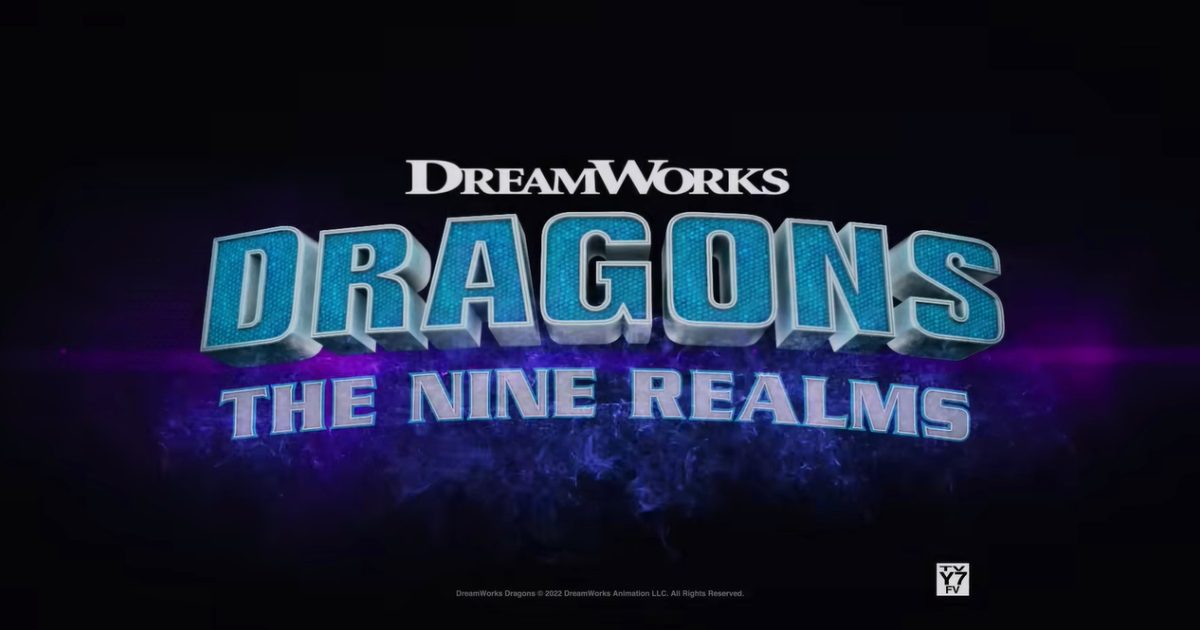 Dreamwork’s latest adventure and fantasy series, Dragons: The Nine Realms, will soon air the first episode of its 4th season. It was announced to be in production soon after the 3rd season ended in August this year, and after almost two months, the fourth installment of the show is set to premiere on November 17th, 2022. How to Train Your Dragon’s Latest movie was seen in theatres in 2019, and the events of Dragons: The Nine Realms take place 1,300 years after those of the movie.

Season one of the series was originally aired on December 23rd, 2021, and was the first to be set in a different timeline of the 21st century compared to those before it, which were set closer to the events in the movies. The second, third, and fourth seasons were all released this year.

Dragons: The Nine Realms features Tom Kullersen, voiced by Jeremy Shada, who seems to descend from Hiccup. His name gives it away since it translates to “Son of Haddock”. His personality is a mixture of both Hiccup’s and Astrid’s, although they were his predecessors 1,300 years ago. The rest of the characters include Jun Wong, Alex Gonzalez, and D’Angelo Baker, which accompany the protagonist on his adventures.

The Show begins way after the real Vikings had first domesticated dragons. These ferocious yet intelligent creatures live in secrecy below the earth’s crust, but their locations are revealed to a group of young kids by accident. Tom Kullerson is sent to ICARIS by his mom and discovers a dragon which he names “Thunder”.

Thunder seems to resemble Toothless and Light Fury in many ways. He is called the Night Light Thunder, with the name being derived from his appearance showing similarity to both the dragon sub-species. 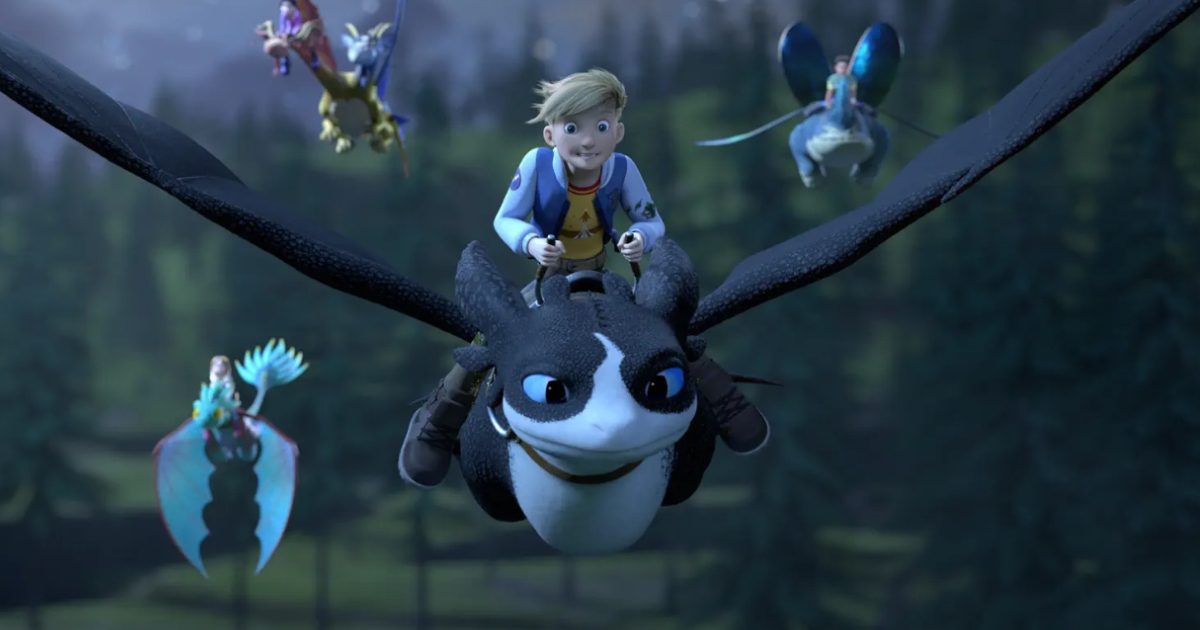 With the project going deeper and deeper into the mysterious fissure each day, it gets tough for Tom and the rest of the Dragon’s club members to hide the dragons from the scientists. Tom and his dragon, Thunder, set out on individual journeys which help Tom find out about his true ancestors. He discovers that he’s a part of the Vikings from centuries ago.

The third season which premiered on August 18th, 2022, featured the Dragon’s club preparing to learn more about the fire realm. Eugene was completely fixated on becoming a part of club jo so he could escape the boring environment of the project.

Buzzsaw, the owner of the logging company, seeks the dragons as well. Not just any dragon, though, as he wishes to take revenge on Thunder, as he blames him for being the reason behind the forest fire, which led to his company having a huge loss. 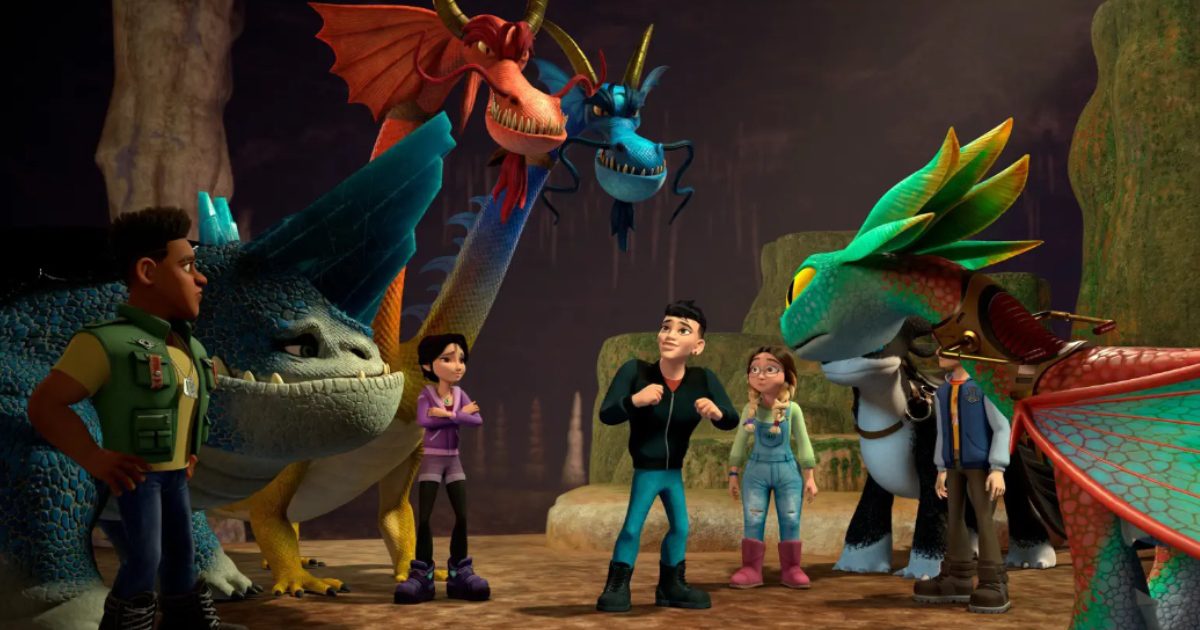 Eugene finds out about the Dragons.

The club has a thrilling experience in its adventure into the fire realm. Eugene discovers the secret the Dragon club has been trying to hide for so long and demands that he be allowed to join the club. Tom and his friends also had to treat a very sick dragon, “The Magma Breather,” in the ICARIS infirmary. The season ends with the crew defeating one of the most powerful dragons, the Sky Torcher.

The First Episode of Dragons: The Nine Realms Season 4 will release on November 17th, 2022. The show has a history of airing all its episodes together on Thursdays, but it hasn’t been announced yet if the rest of the six episodes will air at once too.

The trailer shows the crew discovering a different hole in the ground that leads to a snowy land filled with so many more interesting dragons! These fierce creatures seem to be living in secret but looks like there’s someone else down there. The group discovers the secrets of this chilly fantasy land, filled with all sorts of Cool dragons.

Where to Watch Dragons The Nine Realms Season 4?

The show is aired on Hulu and Peacock TV at 3:00 am ET & 2:00 am CT. The websites also host extras and plenty of fascinating clips from the HTTYD (How To Train Your Dragon) Franchise. Australian Viewers can watch the previous seasons on Stan. Viewers from Canada can stream the show on Apple TV.

Also Read: How To Watch How To Train Your Dragon in 2022?