The One Piece anime is currently in its Wano Country arc and it keeps on getting better with every passing episode. The story that the anime is featuring right now is simply some of the best stuff that we’ve seen. Hopefully, it’ll continue in the same direction for the next couple of weeks as well. 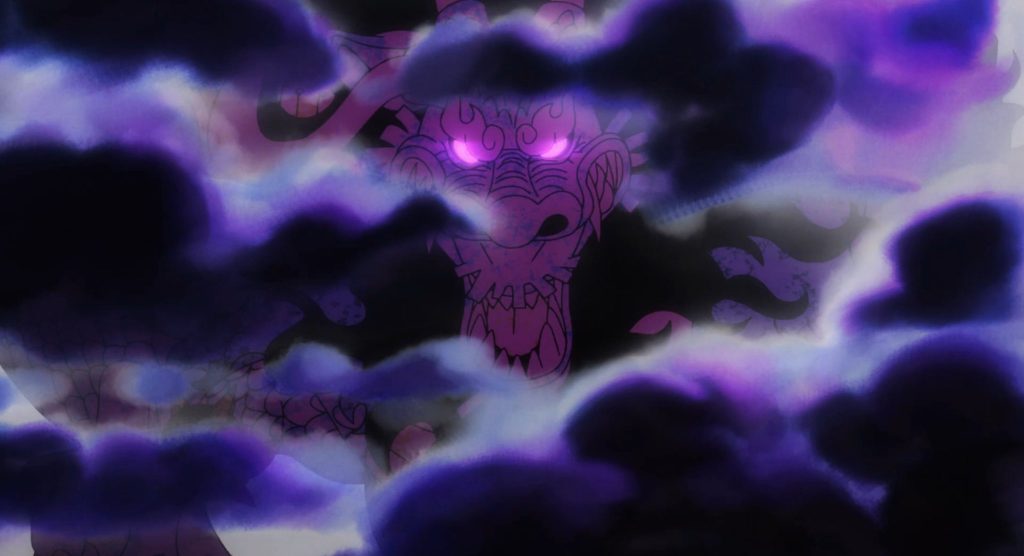 Right now, the Wano Country Act 1 is coming to its end and within the next few episodes, we’ll see the act conclude. Right now, the story is almost entirely focused on Kuri. However, we’ll see it expand over the entirety of Wano as we move forward.

The previous episode of One Piece gave us a glimpse of Kaido’s true might. As revealed in the episode, Kaido is a Dragon who looks fearsome, no matter which way you look at it. In One Piece Episode 912, Kaido was seen transforming into a Dragon and flying from Onigashima to Kuri.

As expected, this is how Kaido was able to reach a sky island during the post-Dressrosa events in One Piece. Meanwhile, at Kuri, Jack was busy fighting against Shutenmaru. Together, the two of them were shocked when Kaido dropped from the sky and asked Jack to bring Luffy and Law to him.

The next few episodes of One Piece will see the Yonko launch an attack on the Straw Hat crew, which will then force Luffy to attack him head-on. One Piece Episode 914 will be entirely about Luffy’s battle against Kaido in the Kuri region of Wano. The two will go at it hammer and tongs, and we can’t wait for it to finally begin. Are you just as excited for Luffy vs Kaido as we are? Let us know your thoughts in the comments section below!