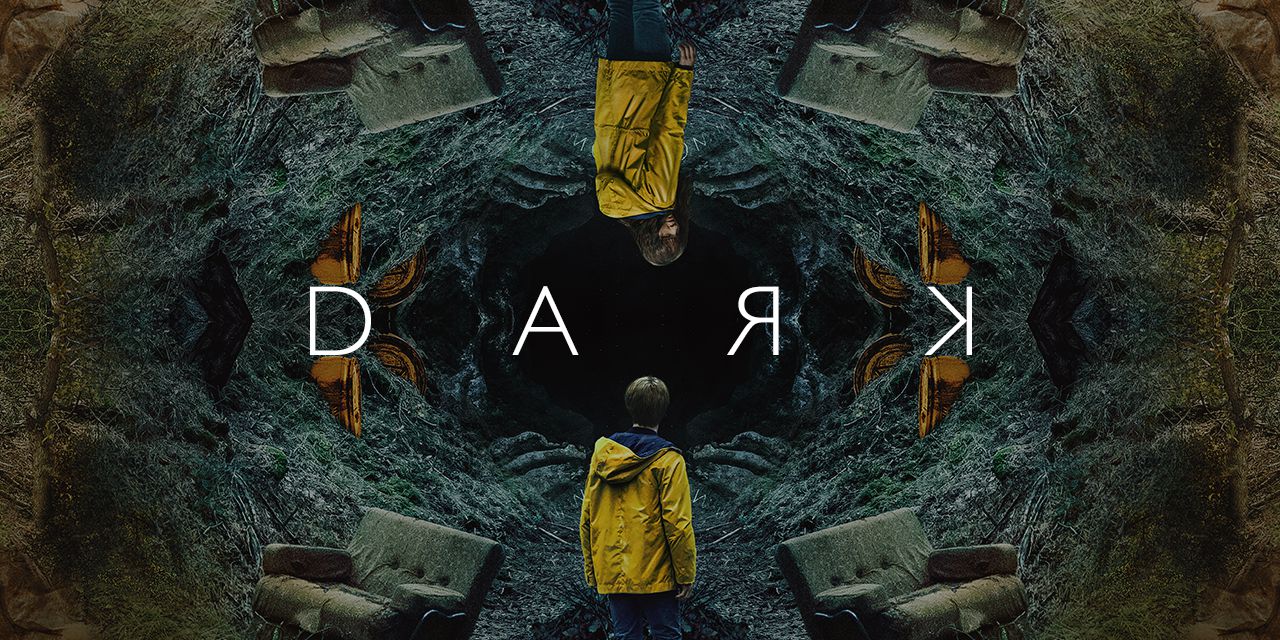 Popular German series Dark is a science fiction thriller Netflix Original series that ran for three seasons from 2017 to 2020. The series is popular worldwide and has an exorbitant rating of 8.8 on IMDb. Baran bo Odar, a German director and screenwriter, created and directed the series. Dark debuted in the German language on Netflix on 1st December 2017, and it was later available in English. Apart from the story, the series received critical acclaim for its visuals, casting, acting, musical, and complexity. The series eventually concluded on 27 June 2020 with its 8th episode of the third season. Now that the series is officially over with no guarantee of a sequel or spin-off, fans can only hope to look for series similar to Dark.

Dark follows the story of a fictional German town of Winden as the characters pursue the truth. The characters of the series get plunged into a time travel conspiracy after the disappearance of two kids. The story typically revolves around the double lives, dark pasts, and crumbled relationships of four families. Dark unfolds the mysteries of four generations of those families. The series includes several time frames among the three seasons. By exploring the events in those years, the characters eventually unravel the mysteries of missing children, time travel, and even a parallel world.

Here, we will discuss a few series that are similar to the dark that we have shortlisted. All the series in the list are available to stream on the official website of Netflix. 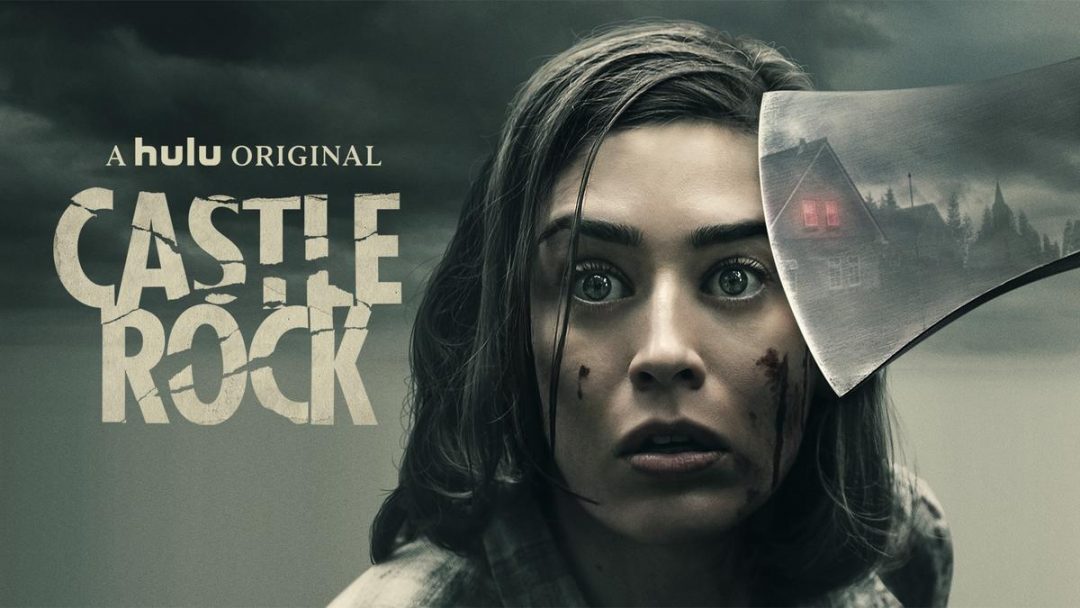 This American psychological horror streaming series is inspired by the stories of a fictional town of Castle Rock created by Stephen King in his thriller novels.  Castle Rock first premiered on 25 July 2018 on the official website of Hulu. However, the show was canceled after two seasons in November 2020. The series consists of ten episodes each.

Castle Rock combines the mythological scale and intimate character portrayal of Stephen King’s most popular works. The first season of the series follows the story of Henry Deaver, who is a death row attorney. He returns home several years later when a peculiar inmate Skarsgard, who serves his sentence in Shawshank, requests Henry as his lawyer.

However, the second season follows a different story. The second season is about two families, one of which is split in two. The story is about a dying family patriarch, Reginald “Pop” Merrill. He has been a steward of Castle Rock all his life. 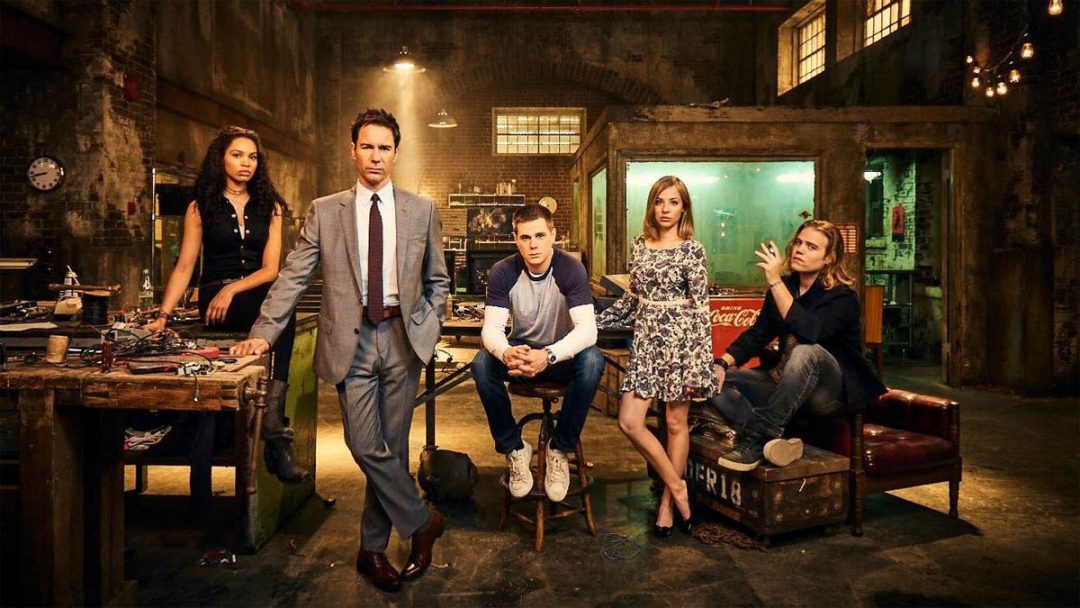 The first two seasons of Travelers are the collaborative production of Netflix and Canadian TV channel Showcase. However, the third season is the sole production of Netflix. Travelers originally premiered on 17 October 2016 in Canada and worldwide on 23 December 2016. The series eventually concluded on 14 December 2018 before Netflix canceled the show in February 2019.

Like Dark, Travelers also follows the theme of time-travel. The series tells the story of a post-apocalyptic world hundreds of years from now. The last surviving humans discover that they can directly send their consciousness into the people of the 21st century. The travelers are given a job to go back in time and save humanity from a terrible future. These travelers assume the roles of random people, each having different jobs. However, they all aim for the same thing with nothing but their knowledge of history as their guide. 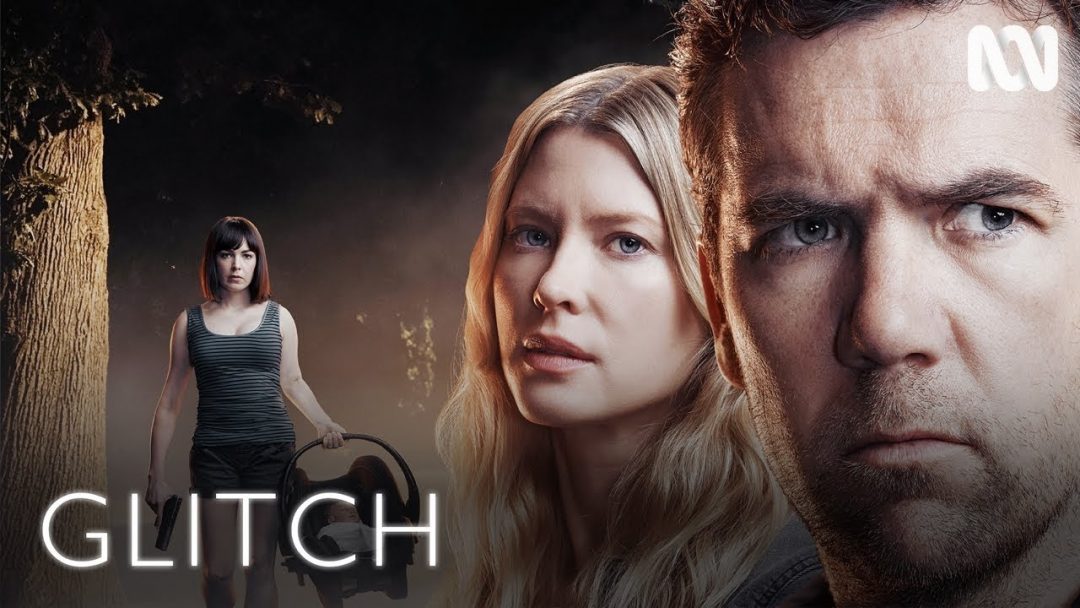 We have included this series on our list of series similar to Dark because of the sci-fi and mystery elements. Glitch is an Australian television series that debuted on ABC on 9 July 2015. The series later became the collaborative project of ABC and Netflix. Each season of Glitch consisted of six episodes. The series eventually concluded on 29 September 2019 with the sixth episode of the third season.

The glitch follows the events of a fictional country town of Yoorana in Victoria. The main protagonist James Hayes is a policeman in Yoorana called to a local cemetery in the middle of the night. Upon his arrival, he discovers that seven people rose from the dead with no memory of their lives. These people now try to find out their identities. Meanwhile, James struggles to keep this a secret from everyone. The story proceeds as we find out that not only are those seven people somehow linked with one another, but they also have to find a person who knows the truth about their lives and mysterious revival. 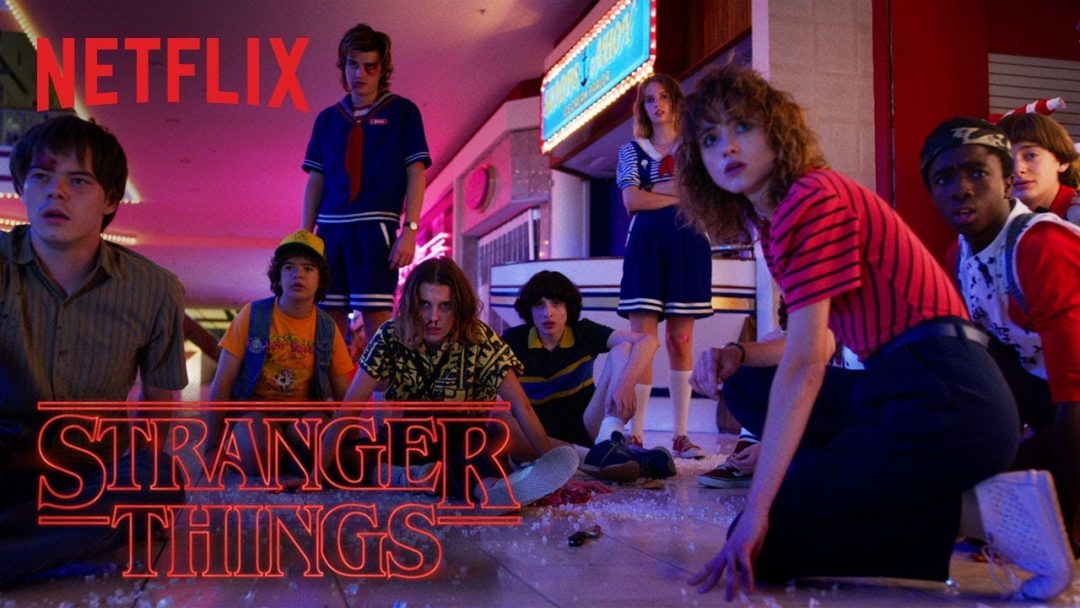 Stranger Things is included in our list of series similar to Dark because both series start with young children’s disappearance in small towns. This is a Netflix Originals series that premiered on 15 July 2016. Stranger Things is set in the fictional town of Hawkins in Indiana. The series currently has three seasons and is scheduled for its fourth season. However, due to the outbreak of the COVID-19 disease, the show is constantly getting delayed.

The story is about four young boys Mike Wheeler, Dustin Henderson, Lucas Sinclair, and Will Bryers, in the early 1980s. After hanging out at Mike’s home with the rest of the boys, Mike mysteriously disappears on his way home. The first season solely focuses on solving the mystery of Mike’s disappearance. A mysterious organization tries to stop anyone from finding the truth about Mike’s disappearance. As the rest of the boys try to solve the mystery of their friend’s disappearance, they come across a girl with psychokinesis abilities. Not only that, but they also find out about a different dimension that is linked to their world. 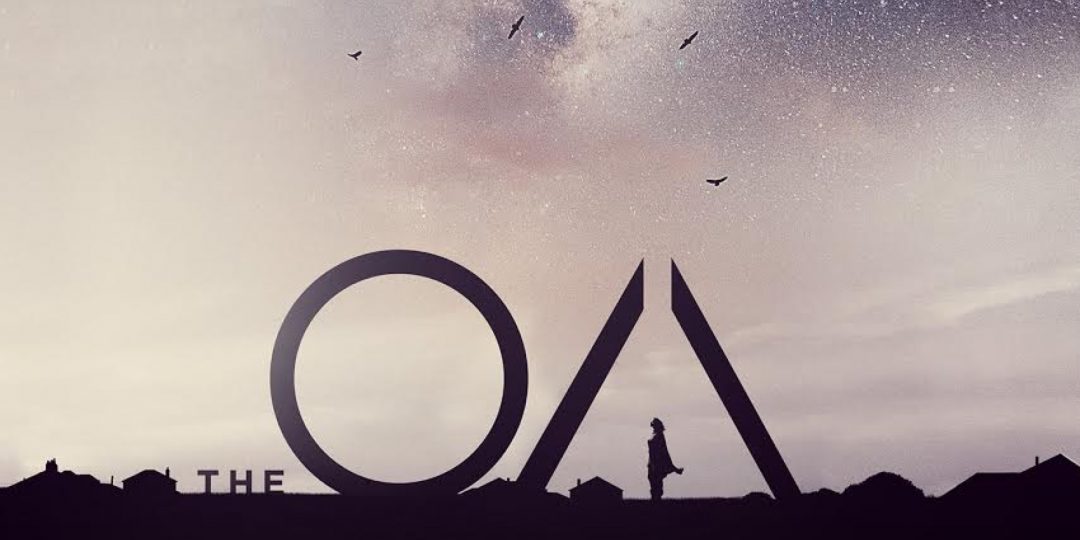 The OA is an American Netflix original fantasy series that debuted on 16 December 2016. The series consists of eight episodes for both seasons. Netflix released the second season on 22 March 2019. Zal Batmanglij and Brit Marling initially planned to create a five seasons series. However, they canceled it after the second season, ending the show with a cliffhanger.

The series revolves around a young woman Prairie Johnson, who resurfaces after seven years of her disappearance. She calls herself “The OA” (Original Angel). Prairie was blind before disappearing. However, upon her arrival, she not only has scars on her back, but she can also see. She refuses to tell the FBI and her family where she was during those years. Instead, she makes a team of five locals to whom she explains everything. As the mystery of her disappearance unfolds, we find out about a different dimension. 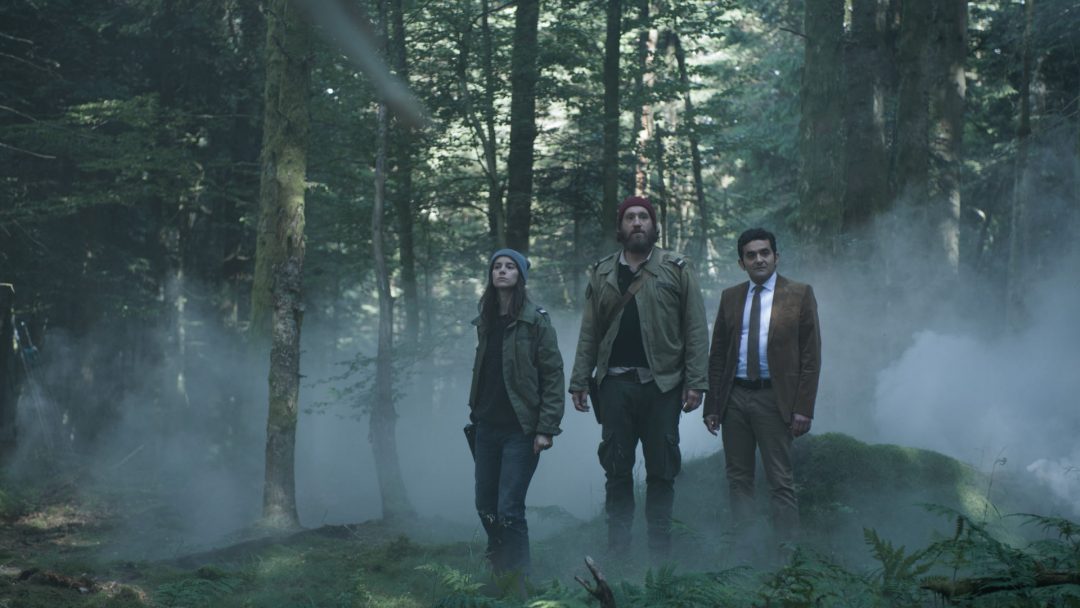 Black Spot is a popular French-Belgian supernatural thriller television series. The first and second seasons aired on 10 April 2017 and 14 June 2019, respectively. Both the seasons consist of eight episodes each. Black Spot is originally in the French language, but later, it became available in English. The third season was initially scheduled for June 2020, but it got delayed. Currently, there is no announcement for the release date of the third season. However, it will most likely air this year.

The mysteries surrounding a small fictional town makes Black Spot a series similar to Dark. The series follows Sergeant Laurène Weiss, who is the head of the police of her hometown Villefranche. Approximately 50,000 acres of forest in the mountains surround this small fictional town, Villefranche. Franck Siriani, a prosecutor, arrives there and learns that the town’s murder rate is six times the national average rate. The story proceeds as the two explore the forest, where many of the murders took place, and they begin to solve the mysteries that threaten the town.