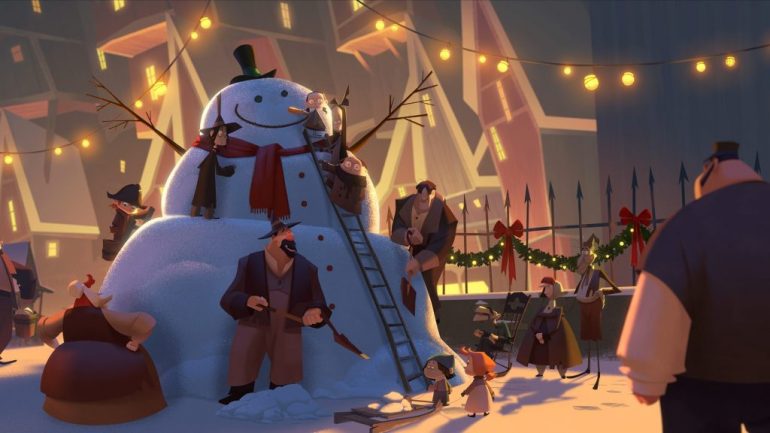 Ho Ho Ho! It’s the most joyous time of the year, which means it’s time for some Christmas movies. But many parts of the world are still trying to beat the pandemic. Netflix is here to take our minds off the virus and to focus it on Christmas Movies. Have a great dinner, grab a cup of hot cocoa, and get comfy in front of the TV as you play some of these amazing titles. Of all the big names in the streaming applications out there, Netflix, without a doubt, has the best Christmas collection. Ranging from Original animated Movies to the most classical Christmas movies.

Let’s start things off with a Netflix Original animated movie, Klaus. Who doesn’t love animated movies? Now an animated Christmas movie, that’s a guaranteed favorite. Sergio Pablos, one of the guys who gave us Despicable Me, also takes the helm on this one. It features a star-studded cast of Jason Schwartzman, Rashida Jones, and J.K Simmons. The story is a new take on the origin story of Santa Klaus. Here we follow the life of Jesper Johansson, who is a very much spiled and lazy kid. He is the son of the Royal Postmaster general, which makes him next in line to take on the family duty. But he has other plans. He doesn’t care for any of that and tries to flunk out of postal school.

Knowing this, he sends him a land far away to get training of sorts. There he meets an old guy named Klaus who makes toys for children. Their paths cross, and they end up working together to acquire common goals. Events unfold, and the movie takes off to be very exciting and fun-filled. Klaus went on to win numerous awards, and it was also nominated for Best Animated Feature at the Academy Awards. 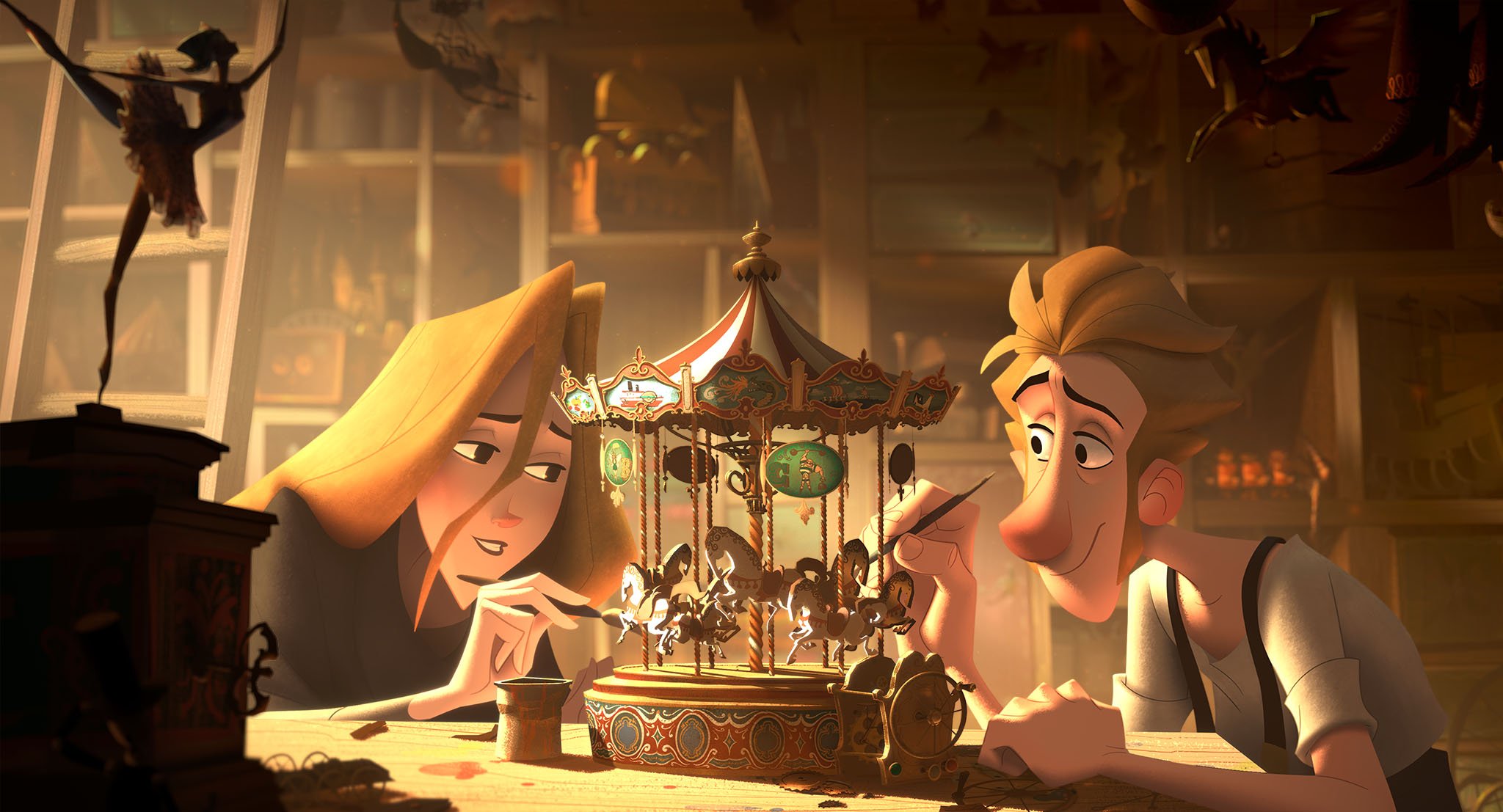 Spending Christmas with your significant other? Then there is no better option than to watch some Christmas themed rom-com. Take your favorite blanky and cuddle up as we see Emma Roberts and Luke Bracey set out to be soulmates. This is directed by John Whitesell and written by Tiffany Paulsen. The movie stars Emma Roberts, Luke Bracey, Jessica Capshaw, Andrew bachelor, Kristen Chenoweth, Jake Manley, Frances Fischer, and many more. We follow Sloane and Jackson as their very much single life, brings them closer to each other. Both of them randomly run into each other, and the basic rom-com type situation unfolds.

Sharing their disgust for the romantic cliches, meddling families, and so on, they decide to make a deal. Both of them decide to be each other’s dates, but platonic for a whole year. The only catch is that they only meet during holidays so thereby they can avoid the basic date disasters and family problems. But just how you’d expect, in simple rom-com fashion, the two catch feelings on the way. 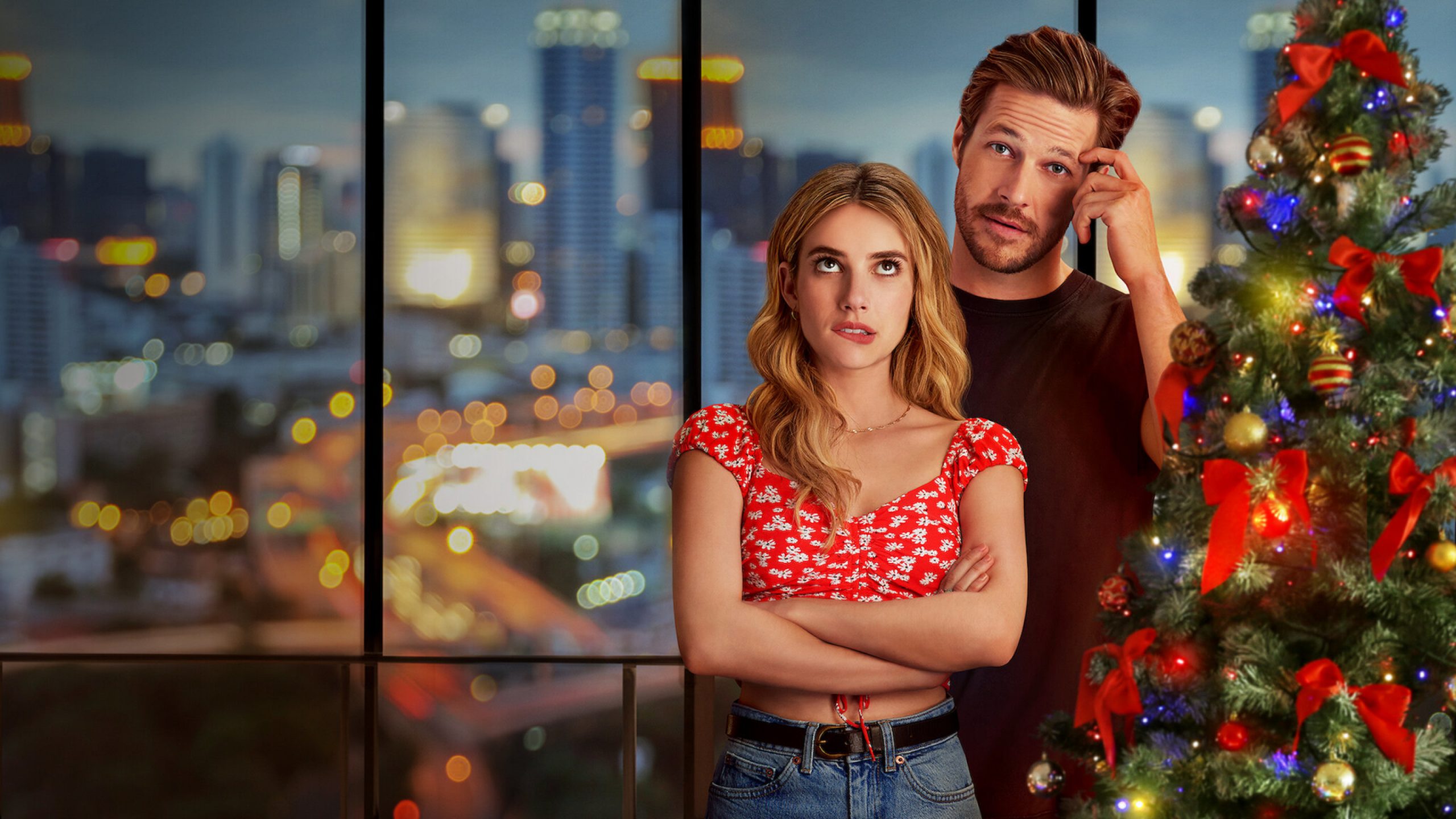 How The Grinch Stole Christmas

We did say we would have some classic titles on here, and this is one of the movies that come running into your mind when you think Christmas time! Here we see one of the funniest actors in history, Jim Carrey, takes on one of his most iconic roles, the Grinch. In this live adaptation of the famous tale of the grinch by Dr. Suess, we see the green Christmas stealer come down from his mountain top cause some havoc.

The Grinch despises Christmas time, and so he takes it on himself to destroy the holiday from Whoville. Supported by his dog Max, he tries to steal, swipe, and destroy anything and everything that relates to the snowy holiday. He wants to make sure that the Who’s doesn’t have a good time.

But like any other Christmas Movie, the evil is always pushed back by a great protagonist. The Grinch crosses paths with Cindy Lou Who, who seems to foil every single plan he makes. With a budget of 123 Million Dollars, this iconic movie was directed by Ron Howard and also served as the debut film for Taylor Momsen. 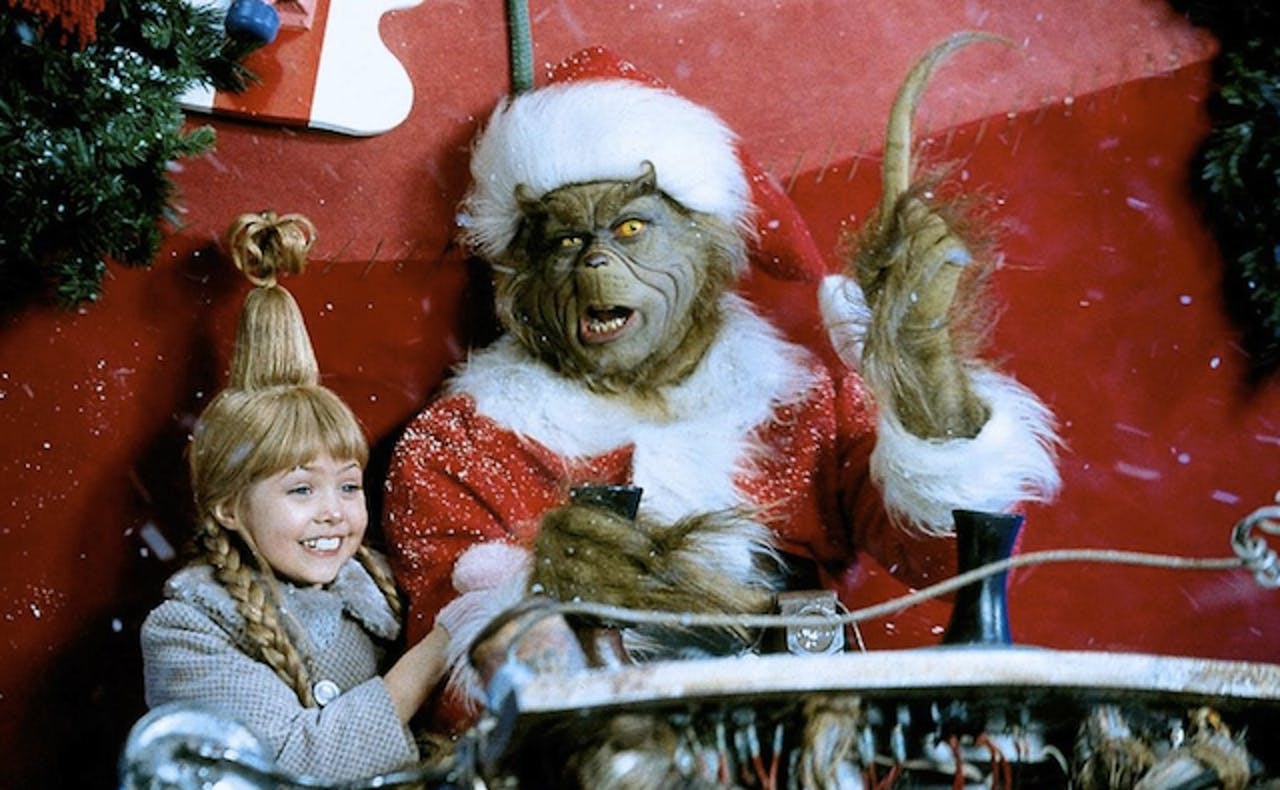 Directed by Clay Kaytis, this comedy Christmas flick was released in 2018. Starring Kurt Russel showcasing an amazing Santa character, we have a very wacky and kid perfect Christmas story. The story revolves around 2 kids who accidentally stumble across Santa in their house. Overcome with excitement, they jump onto his sleigh with him and take off. Mid-flight, some problems occur, and the sleigh starts to act bizarre. It eventually crashes with everyone and everything on board.

Almost every single one of the presents is lost. So now it’s up to Santa and the 2 kids to round up all the lost presents and deliver them to the kids before Christmas ends. 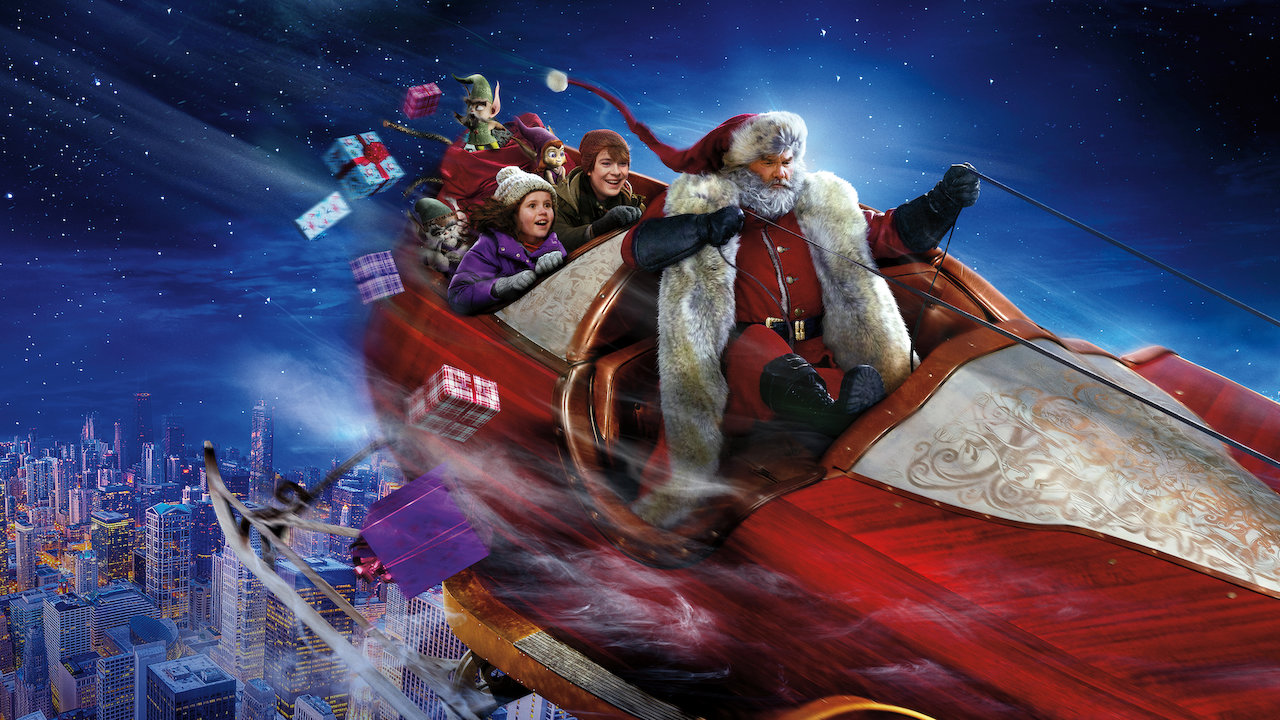 Upon the success and good reputation of the first film, a sequel was to be expected. This time around, Chris Columbus takes the helm, supported by a screenplay from Matt Lieberman. Almost all of the characters are back to their roles, with Kurt Russel also reprising his role as Santa Claus. The cast includes Goldie Hawn, Judah Lewis, Malcolm McDowell, Tyrese Gibson, Darlene Love, and many more.

The film had a short theatrical release because of its popularity and then went on to stream exclusively on Netflix. The story again follows the adventures Santa has with the previous kids supported by some other wacky and popular characters as well. This time around, the story also features the main villain of sorts whose plan is to foil Christmas forever, kind of like the Grinch. Santa and the kids are tasked with the duty of defeating this evil and saving Christmas. 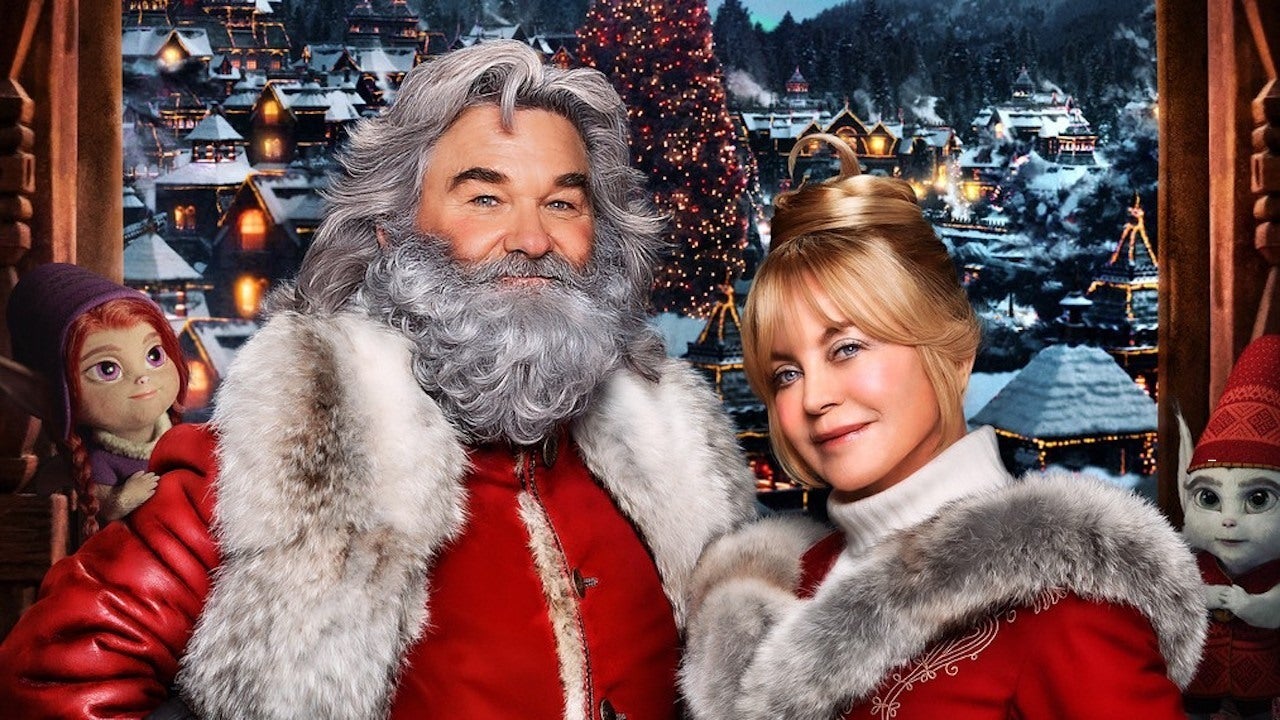 An iconic movie and an iconic story were redone as an animated version, which also is so fun and filled with Christmas joy. This was produced by Illumination, and Universal Pictures handled the distribution. The film is currently the highest-grossing holiday movie of all time, racking in over 500 million dollars worldwide! It is also the highest-grossing Dr. Suess adaptation movie.

When it comes to critics, the reviews were mixed just because of the fact that the movie didn’t add anything new to the story, with no changes. They completely stuck to the original material. But when we think of it, why do we want to change an iconic and amazing story? Lets us keep it the way it is. The animation and voice acting was so colorful and just plain joy-inducing. This was enough to breathe new life into the old but classic story.

This time around, the cast includes Benedict Cumberbatch, Rashida Jones, Kenan Thompson, and the whole thing is narrated by Pharrell Williams. Every single one of them was praised for their spectacular voice acting, and this movie is a Christmas time must watch. 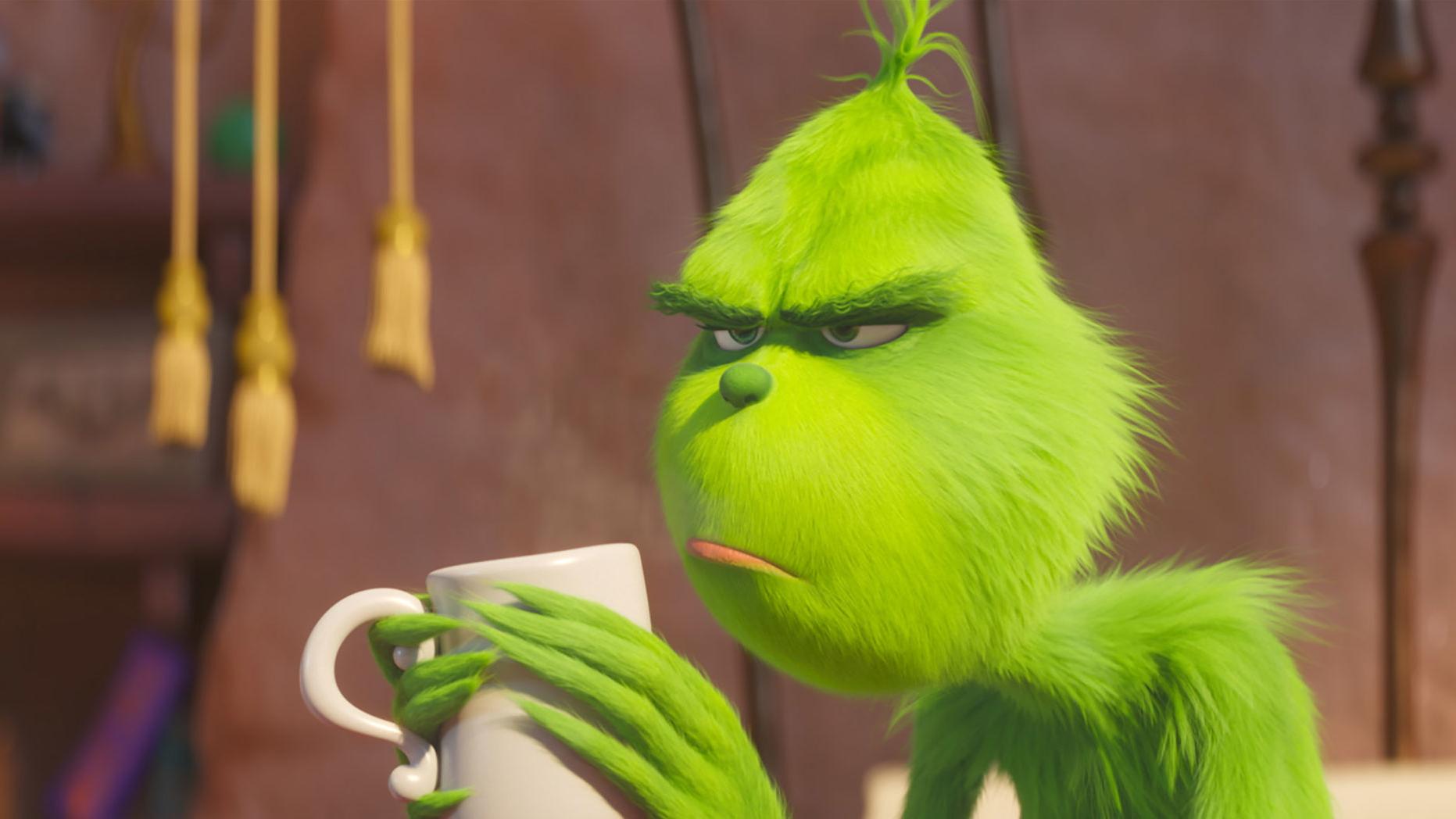 This movie is based on a young adult novel of the same name written by Maureen Johnson, John Green, and Lauren Myracle. The film adaptation released on Netflix in 2019, it’s directed by Luke Snellin. The cast includes faces like Kiernan Shipka, Isabella Moner, liv Hewson, Odeya Rush, Anna Akana, Mitchell Hope, Shameik Moore, and many more.

The story revolves around many high schoolers, not everyone’s friends, and with very different personalities having to stick together after a snowstorm hits the town. 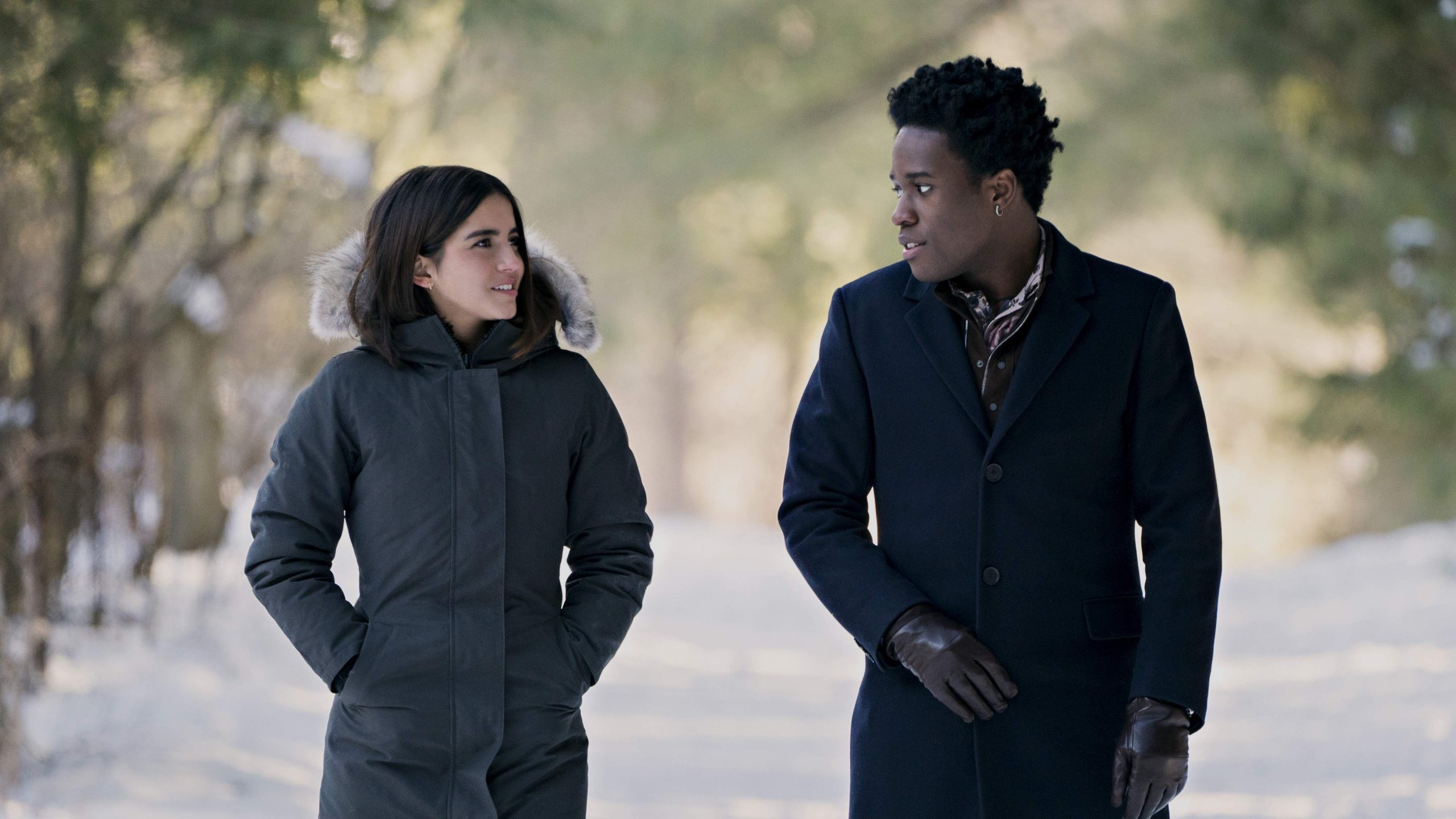 This is a 2017 animated kids Christmas movie based on a children’s book written by Irish author Frank McCourt who is a Pulitzer Prize winner. The story is set in Ireland in the 1910s, where Angela takes it herself to make sure every single person she knows has a wonderful Christmas. It’s an amazing and pure story told in the best way possible. The movie went on to get nominated for multiple Emmys and won numerous other awards. 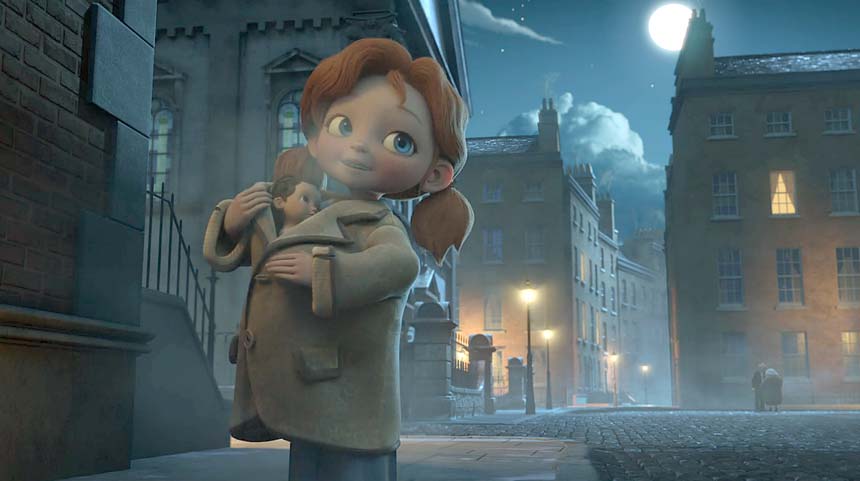 Christmas movies arent just meant for kids, and this is for the more mature audiences, filled with great humor and a wacky plotline. A Bad Mom’s Christmas, directed by Jon Lucas and Scott Moore, is the sequel to the 2016 film Bad Moms. The movie has a star-studded female cast made up of Mila Kunis, Kristen Bell, and Kathryn Hahn. The movie should be appreciated for the wacky comedy, just to have some plain fun, not to dive into the main story.

The story revolves around 3 moms having to overcome the expectations of everyone by hosting some of the best Christmas parties. As we said, the movie is a good fun binge, not something to look deep into the story. 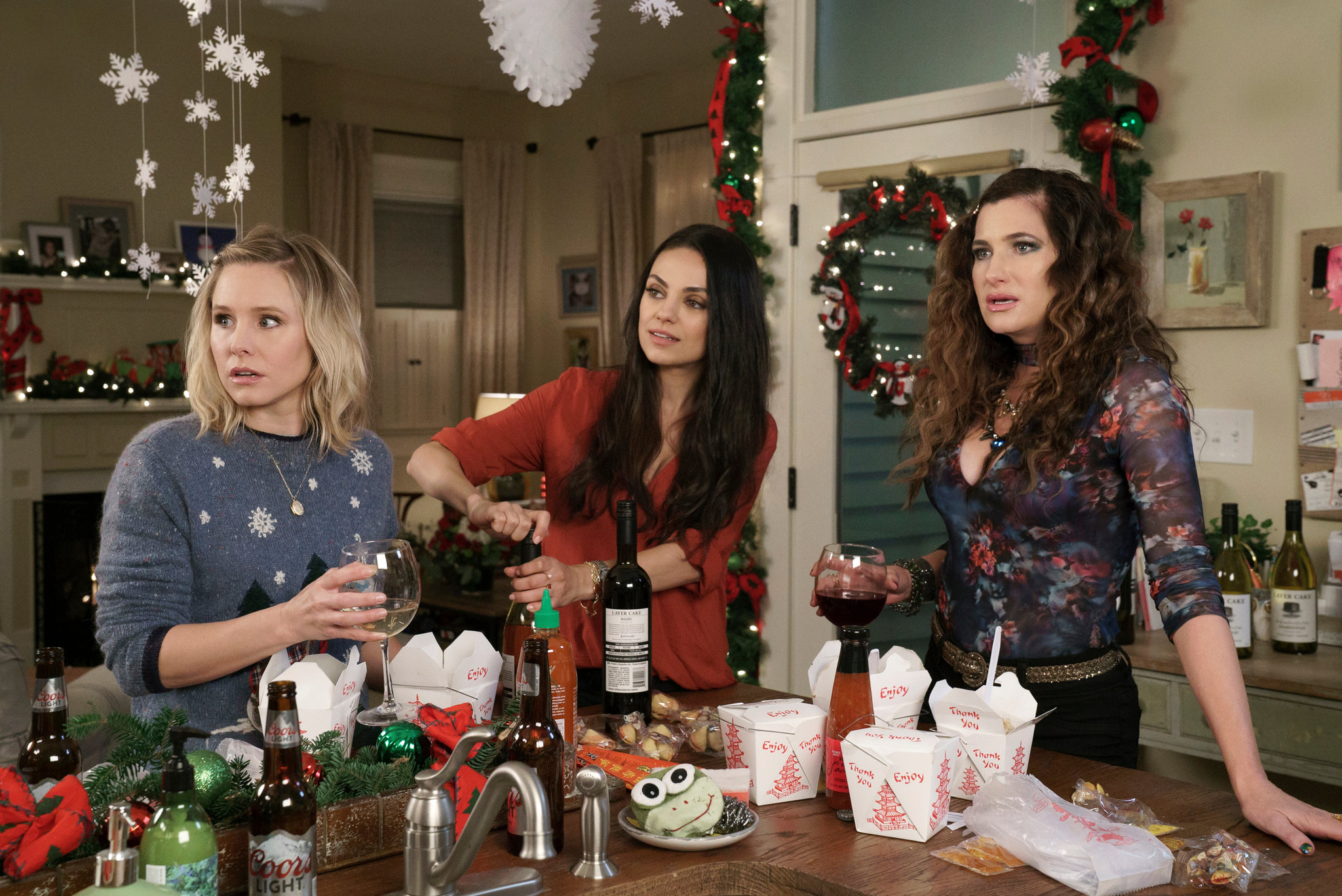 A spin-off of an amazing first movie, this animated flick gets us into the joy of Christmas right from the get-go. It’s a half-hour holiday special directed by Joel Crawford and was produced by DreamWorks animation. The story revolves around a group of friends who take it on themselves to make sure that their other friends know how great it is to enjoy Christmas.

Almost everyone from the previous movie is back to reprise their roles, including Anna Kendrick, Justin Timberlake, James Corden, and many more. So like we said, grab some Hot Cocoa, get a good seat on the sofa and start watching these fun-filled holiday movies. Happy Watching and Merry Christmas! 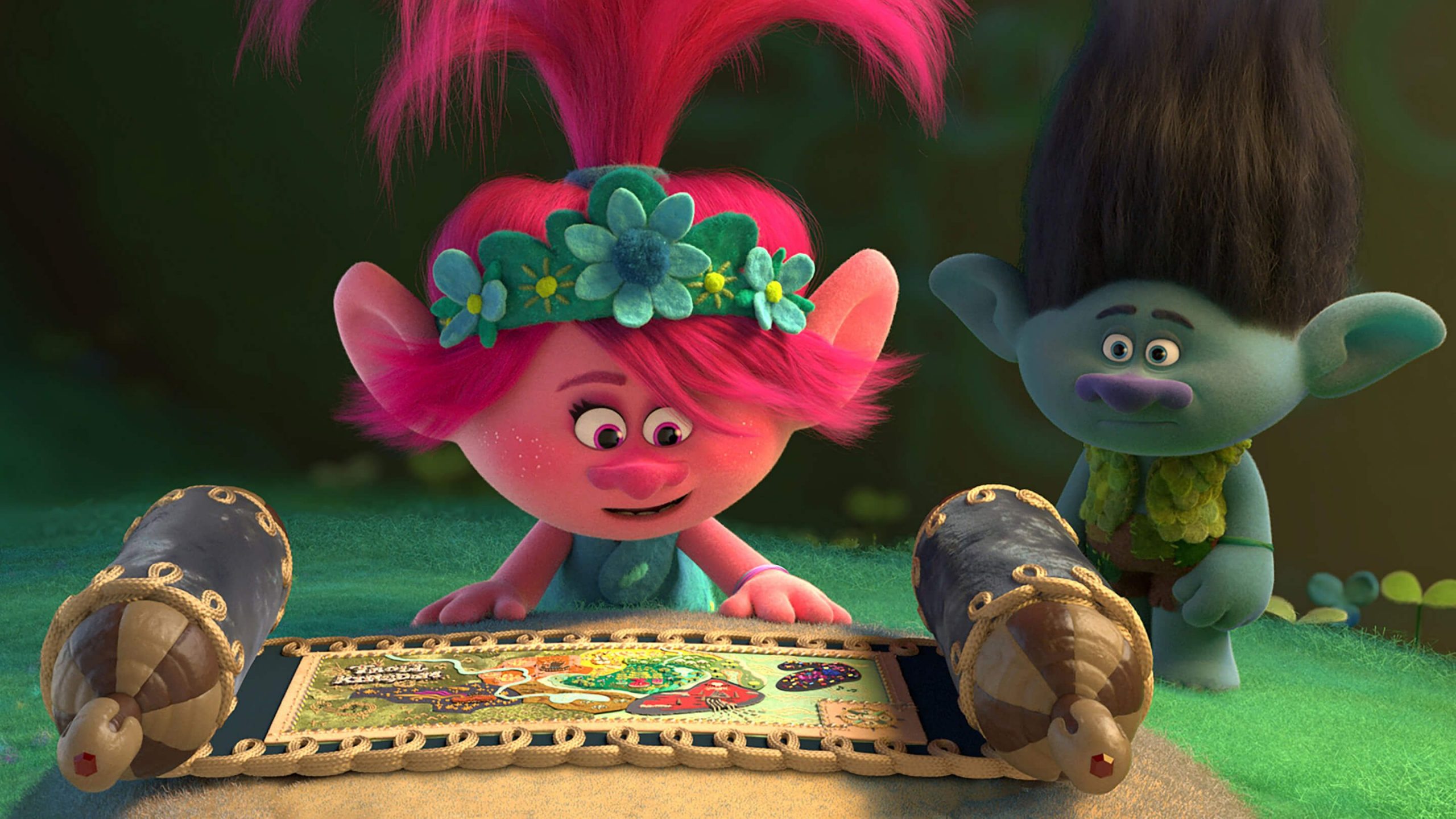 Also Read: Best Christmas Movies To Watch on Hulu for 2020