In The Bachelorette Season 19 Episode 2 recap, we must cover many things. Remember, this season has two bachelorettes, so it’s double everything! Double the drama, double the contestants, and double the fun! What went down in the second episode was a lot. So, in our recap, we will unpack those events for you bit by bit.

Bear in mind that there are massive spoilers down the way. We don’t want to ruin all the fun for you. But now that we got that warning out of the way let’s begin without any further ado on the latest episode of the Bachelorettes as they continue eliminating contestants on their way to find true love!

This year, there were two bachelorettes on The Bachelorette, which aired tonight with the The Bachelorette Season 19 Episode 2. Both more trouble and more fun await you! The two women were destined to like the same guy eventually, as one of the contestants best put it. There would be tension as a result of that. Due to guys pursuing both women concurrently, there was already tension. There was no way this experiment would succeed. 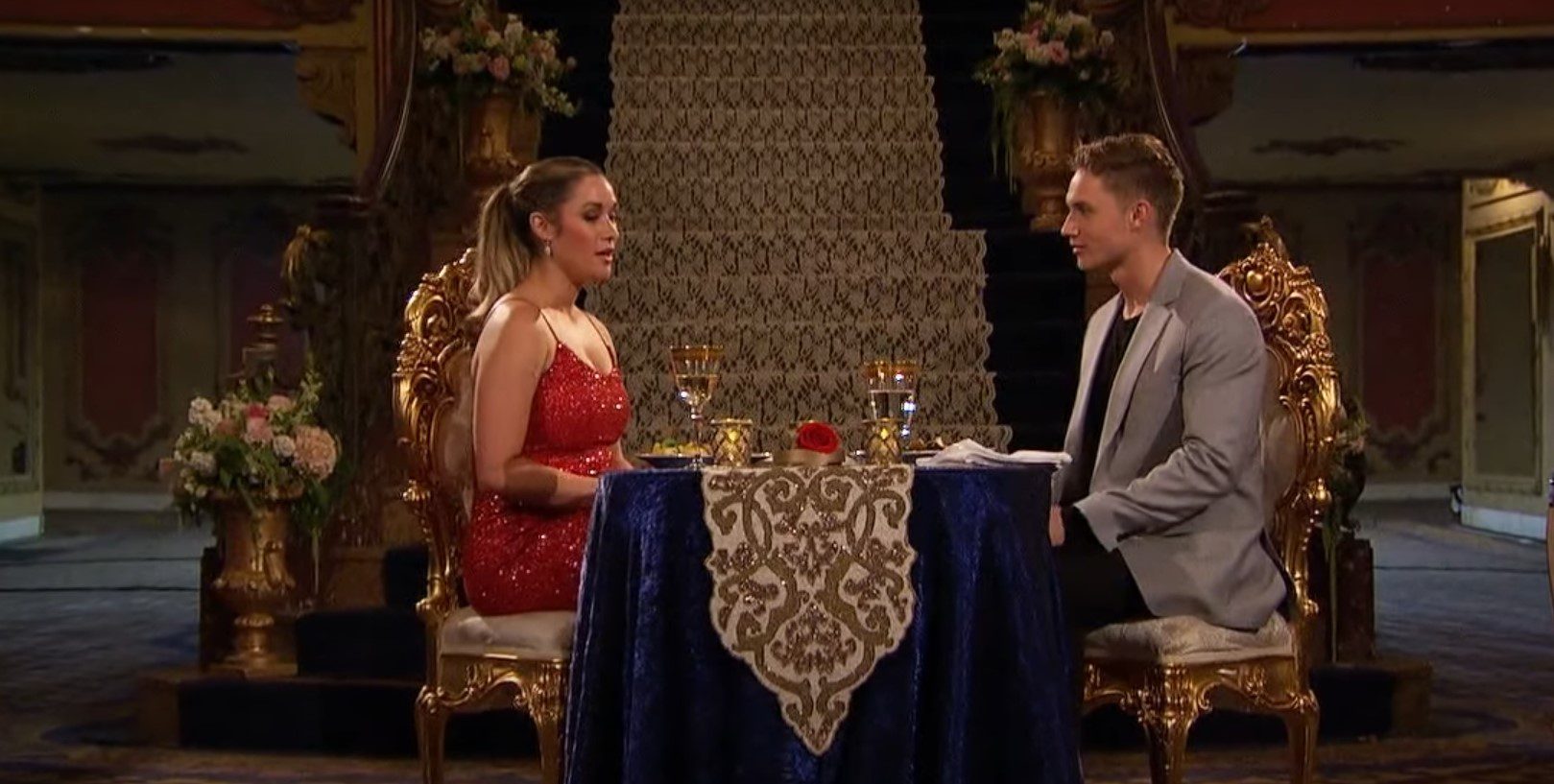 Bachelorettes here and there knocking off contestants

Additionally, there were the guys to consider. At the house, there were too many guys. For them, there were more guys than beds. Some people have started sleeping outside. On the couch, some people are dozing. They were numerous, and only half of the guys there had been approached by the women.

But tonight, they started making amends. Gabby and Rachel both went to the house. They exchanged some words of conversation with the guys and left some gifts. The men received speedos as their “gifts.” The ladies wanted the guys to wear them to see how they appear without clothing. Some speedos were a little too tight. The only thing the viewers at home saw was a black bar in that area, while the women saw everything. The bachelorettes’ response was the only indication that the audience watching at home had learned what each guy looks like in a skimpy speedo. For instance, Gabby squealed with delight when she saw Logan in his speedo.

The Girls Are A Little Shy

It was a little challenging for the women to question the man. Before they asked questions, they needed time to process everything they had seen, and by the time they did, some of the answers had left an impression. Quincey certainly did in his speedo with a Borat motif. His butt cheeks were exposed, and he made a small turn on stage. The girls were delighted to see him in all his glory. Not so much the guys in front of him. After that came Jacob. He spoke like a mortgage broker while sporting a speedo that made him look like Tarzan. Which Rachel undoubtedly preferred. Also, making music made a guy stand out, contributing to his popularity.

The ladies forgot the question they would ask Chris because Chris was singing so loudly. Something with the potential to be either good or bad. There was another guy who covered himself in canned tomato sauce. That was challenging to tidy up. Italian Rachel was also unmoved by it. According to Rachel, no guy could be taken seriously if he ate sauce from a can. Later, the ladies invited six men to join them for a more in-depth discussion. Some became envious. Quincey regretted putting his butt cheeks on the line because it did not entice the ladies. Chris snidely remarked that he didn’t need a date because he had already made a great impression.

But Rachel’s date was a total dud. One of the men she approached told her that he connects with Gabby more strongly than he does with her, temporarily putting her off her game. She needed time to talk to someone and even longer to regain her confidence. Then Logan appeared. Logan’s charm won over both Rachel and Gabby. He even gave them both a kiss, which was a challenge. That evening, the ladies each had a rose to present. They discussed the person they connected with and agreed that Logan was that person. They were aware that he needed to get to know them both. So, one had to decide to let him go.

The Bachelorette Season 19 Episode 2 was an interesting one. Chris’ remarks were also brought up to Rachel by Quincey and another man. The idea of a guy being so arrogant annoyed Rachel. She felt he was trying to sexualize her and Gabby. She told Gabby about what Chris said, and together they talked to Chris. They were interested in his perspective. Chris was asked to move to the side by them both. They questioned him regarding his remarks. He made an effort to defend his remarks. He said they were all discussing fantasy suites, which was false. He mentioned it. He was not questioned about it. He merely mentioned it and stated that he didn’t want his future wife to act in that way. And the ladies asked him to leave because he was condescending about it.

The second person eliminated tonight was Chris. The original was Jordan V. The next was Chris. Chris also decided to be difficult, returning to the house to speak with the guys he assumed had tipped off the other guys. He needed to be reminded by the ladies that they had already asked him to leave. Then Chris left again, and everyone hoped that was his final appearance. The others who were expelled at least did so with their dignity intact. Chris, however, could not be said to be such.

Also Read: How To Watch The Bachelorette Season 19 In The US, UK, Canada And Australia?