Reginald the Vampire Episode 8 release date is quite close. The series focuses on vampires, as you might have already guessed by the title. But the twist is the vampires are all beautiful and fit in vain. In the lead, we have our titular character named Reginald Baskin. He comes off as a normal vampire but will have to fit into the narrative of a hero soon and just does not know much about it. He is going to have a variety of challenges in front of him which will drain him a lot.

The first and biggest challenge that he will face is a girl that he loves but cannot be with. The second issue comes with the manager. The man practically is a bully and always wants ill of Reginald. The third issue is about a vampire chieftain who really wants to see Reginald dead. Soon, while trying to tackle all these hardships on his own, the guy comes across a few powers which could help when the time comes.

He never knew he had these abilities in him, but god does work in mysterious ways. This series tries to focus on the tough aspects of being a vampire or any other mystique creature for that matter. We have seen other fictional shows glorify being such creatures, but this one throws light on the aspects which make a vampire life a complicated one as well, just like a regular one. 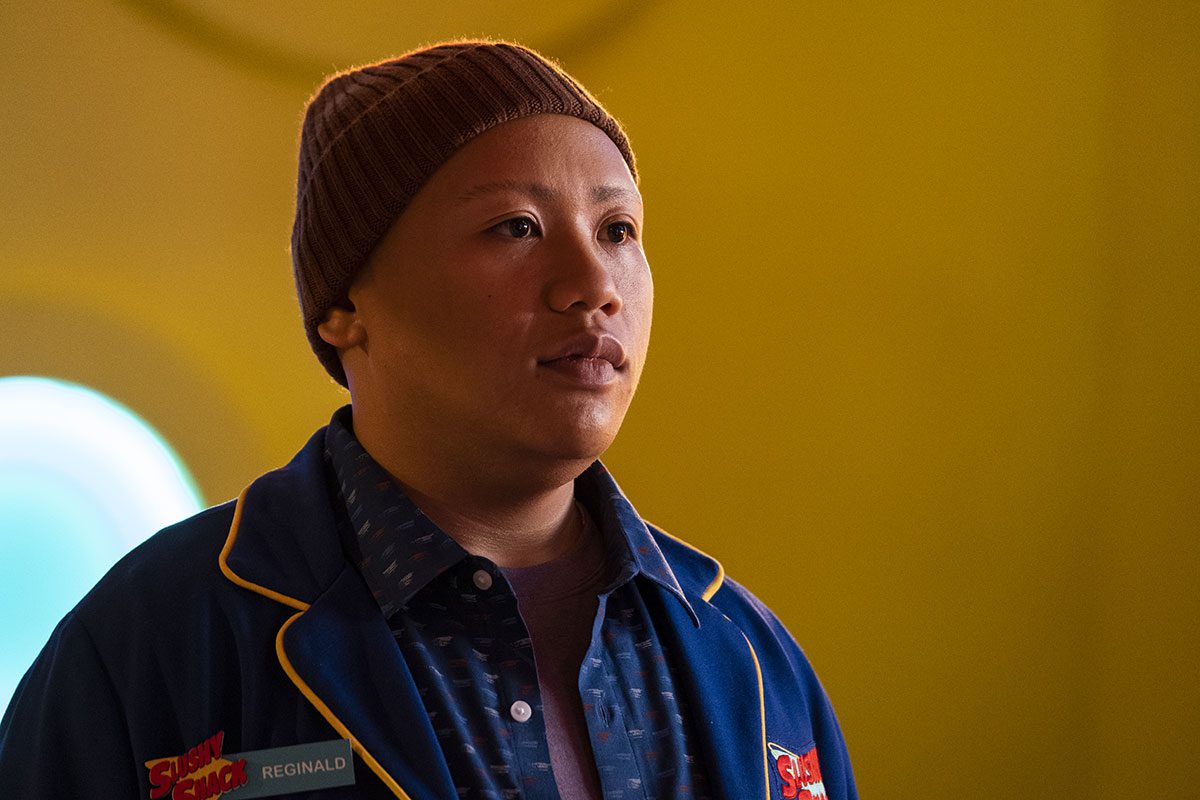 A still from Reginald the Vampire

Back in Reginald the Vampire Episode 5, titled Fools in Love, we saw that Reginald is finally, after such a long while, able to understand the whole situation he is in and deal with it all. In order to make things a little better, he invites Todd over to the all-you-can-eat blood buffet. Also, he really wants to date Sarah, but we know the issues. Thus, he asks her out on a second date.

In episode 6, titled Halfway to a Threeway, we saw that the night has finally come that Reginald and Sarah decide to be together and make their dreams a reality. Although, given the fact that this is not just any vampire universe, there are complications. Their plans will terribly fail if one of them dies before the sun comes up in the morning.

In the most recent Reginald the Vampire Episode 7 of the season titled The Last Day of Our Acquaintance, we saw that Reginald finds himself in the middle of a love triangle, and he is very stressed about it all. We see him trying to navigate through the best possible situation of it all. But problems just seem to like him altogether.

Reginald the Vampire Episode 8 release date is on the 23rd of November 2022. The episode is titled The Odyssey. It will drop out on Syfy at 10 PM Eastern Time. New episodes release every week on Wednesdays.

How to Watch Reginald the Vampire Episode 8

Reginald the Vampire Episode 8 can be watched easily when the episode drops out on Syfy at the designated date and time slot that we have provided above. Later, the episodes will then be available to stream through the official website of the channel. Users will need to have valid cable login credentials for the same. Other than that, the option of live streaming through services such as Fubo TV or DirecTV still stands.

Reginald the Vampire Episode 8 is titled The Odyssey. In this episode, we will witness Reginald his decision to leave home. On the way to discovering his better life, he comes across a legendary vampire named Abraham. This guy also is loaded with huge power. Abraham is the person who is able to turn vampires back into human beings.

Also read: What Happened In The End Of The Cleaning Lady Season 2 Episode 8?