American Toyota line-up is going to receive a brand-new redesigned Toyota Supra as the 2021 model to attract more buyers. The car onboards chassis and powertrains similar to BMW Z4; it has its own unique & bold personality and feels pleasure to drive. A four-cylinder and six-cylinder engine are boarded in the company’s line-up to power the model, which offers rear-wheel drive through eight-speed automatic gear set. This automatic transmission is excellent in its segment, responds swiftly as you paddle.

Toyota doesn’t offer a convertible model in Supra line-up but as a coupe only. Its slinky cabin can be a problem for some drivers but is pleasantly finished. Toyota has turned up his 3.0-liter six-cylinder engine increasing its current horsepower 335 to 382. The company also confirms the addition of a four-cylinder version to enhance its market appeal; it’ll be powered by a 2.0-liter engine producing 255 horsepower. The top variant will equip the six-cylinder engine as standard and will also board a host of equipment in the interior and exterior face to make it stand apart from others. 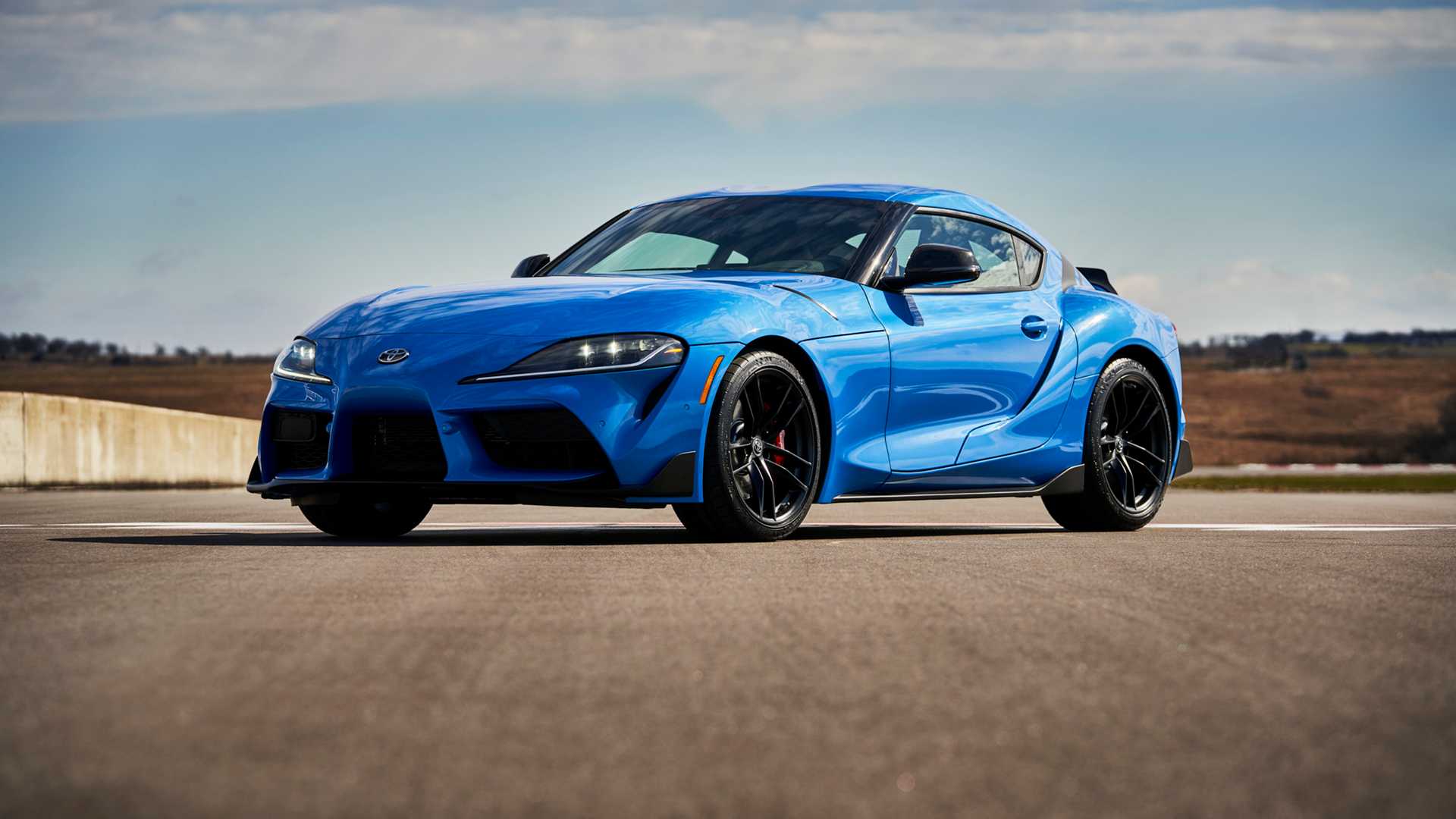 2021 Supra deliveries are expected to start in the summer calendar year 2020, but it might get late due to the obvious COVID-19 pandemic.

The official pricing details haven’t been released by the company for the trim levels, but we expect the entry-level Supra 2.0 four-cylinder engine to be started at $40000, Supra 3.0 to be $50000 and its premium version from $55000 and the top variant A91 Edition around $57000. The six-cylinder engine is expected to be the best performer in its segment and also suggest Driver Assist package to help tackle you the huge blind spots much easier; it also adds adaptive cruise control. 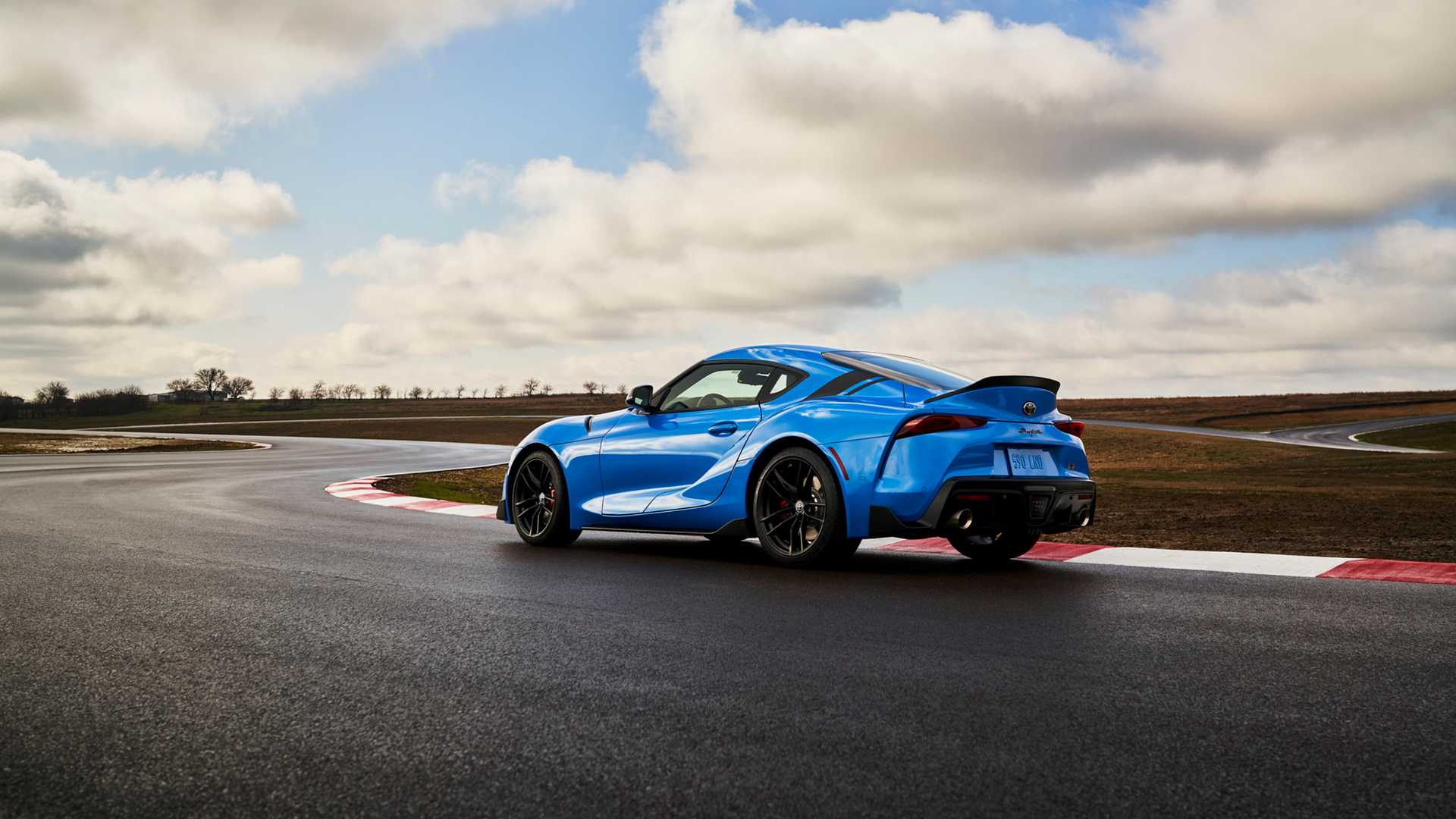 Toyota has planned to offer two powertrain option to its Supra line-up, the newest will be a 2.0-liter turbocharged four-cylinder engine and second inherited from its predecessor but with few tweaks, the 3.0-liter turbocharged inline-six now producing 382 horsepower (285 kilowatts) and 368 pound-feet (499 Newton-meters) from its current 335 horse[power (250 kilowatts) and 365 pound-feet (495Nm) similar as BMW Z4 M40i.

It will yield an acceleration of zero to 60 miles per hour in 3.9 seconds, 0.2 seconds quicker than the previous model. All models will equip an eight-speed automatic gearbox as standard. It’s also rumored that the car can get a manual gear version in the later run.

The car will also get a few other tweaks such as power steering, adaptive suspension, stability control, and active differential. Its handling is improved, accurate, nicely weighted, which improves the overall driving experience. The economy for 3.0 version is 31mpg on the highway, 24mpg on a city road, and 26mpg combined as officials claim. The interior is driver-focused and kind of sophisticated though the company tried to increase the headroom by adopting a double-bubble roof in the car. Supra shares its interior from its German cousin Z4, similar switchgear, and infotainment controls.

The dashboard has got an 8.8-inch infotainment system in the center with a similar interface as the latest BMW iDrive. A digital gauge display also comes standard across all variants along with a host of features like Apple CarPlay and Navigation, but sadly, no Android Auto. A 12-speaker JBL sound system will be offered as an optional but 10-speaker, a standard system should be sufficient for most of the consumer. The Supra will be covered with a limited warranty of 3 years or 36000 miles and complimentary scheduled maintenance for two years.

Arch-Tempered Namielle Release Date and All You Need To Know

Blue Dragon Awards 2021 were adorned by A-list celebrities. But, the Vincenzo couple - Jeon Yeo Been and Song Joong...

The Long Call came to a potential end back one week ago. Despite the conclusion, the story has housed itself...

Martin Freeman Net Worth: How Much The Famous English Actor Earns?