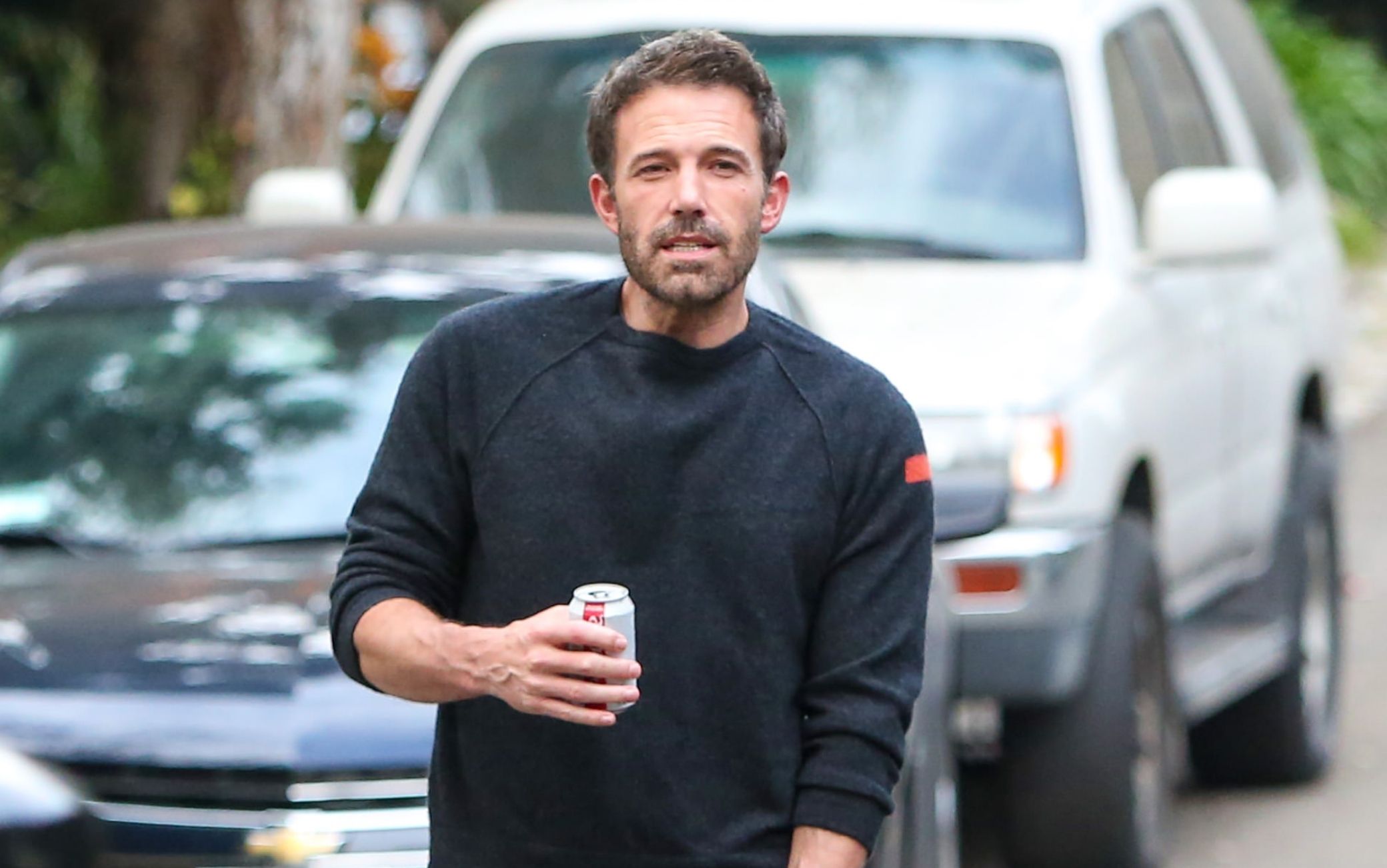 Benjamin Geza Affleck-Boldt is Ben Affleck’s full name. Ben Affleck was born in the year 1972 on 15th August. He grew up in Berkeley, California. Not only is he popular for his awesome acting, but also he is a very popular screenwriter, producer as well as a philanthropist. Ben is one of the most versatile people. He has excellent acting skills, but he has also won many awards as a screenwriter, producer. In the year 1998, he won the Academy Award, for Good Will Hunting. He also won the British Academy Film Award, Golden Globe Award, and much more. The list of his awards is never-ending. Being such a versatile person Ben Affleck’s net worth is somewhere around $150 million. So in this article, we will go back to Ben Affleck’s earlier life. So let’s see how our favorite actor reached where he is today.

Ben Affleck spent his childhood in Cambridge, where he made a lifetime friendship with Matt Damon. In 1984, his acting career got a start. He played the role of a character in a TV commercial for Burger King. He played a part in many TV movies, such as Hands of a stranger, which was released in the year 1987. In his teenage years, he also played a part in the movie named The Second Voyage of Mimi, which was released just after his first movie appearance. Like any other student, he also started his college and studied at Occidental College. But as always, passion never leaves your side, and in order to focus more on his acting career. But as we all know, no one is born perfect same goes with everyone’s favorite, Ben Affleck. He used to get very few and small roles in different movies such as a 1993 release, Dazed and confused. After that, he also played a part in Smith’s 1995 release, Mallrats. With that role, Smith was impressed by him and gave him a chance in another movie which was out in 1997 named Amy. And after that, Affleck didn’t have to look back, and his career went on and on.

As I told him, he was offered short and very few roles in movies because of his height. He got bullied because of that.  Fed up with all this, Affleck and one of his friends named Damon thought of making their own film. They decided to do everything on their own, starting from scriptwriting to producing. Their one-act play was named Good Will Hunting. This was not just a movie but a turning point to Affleck’s career. So if we see the plot of  Good Will Hunting, then we will see that there the main character was Damon and Affleck was his childhood friend. In the story, Damon is a janitor at MIT and is also a brilliant mathematician. The whole story revolved around their life. This movie won the Oscar for having the best original screenplay. It also won the Golden Globe Award for having the best screenplay. 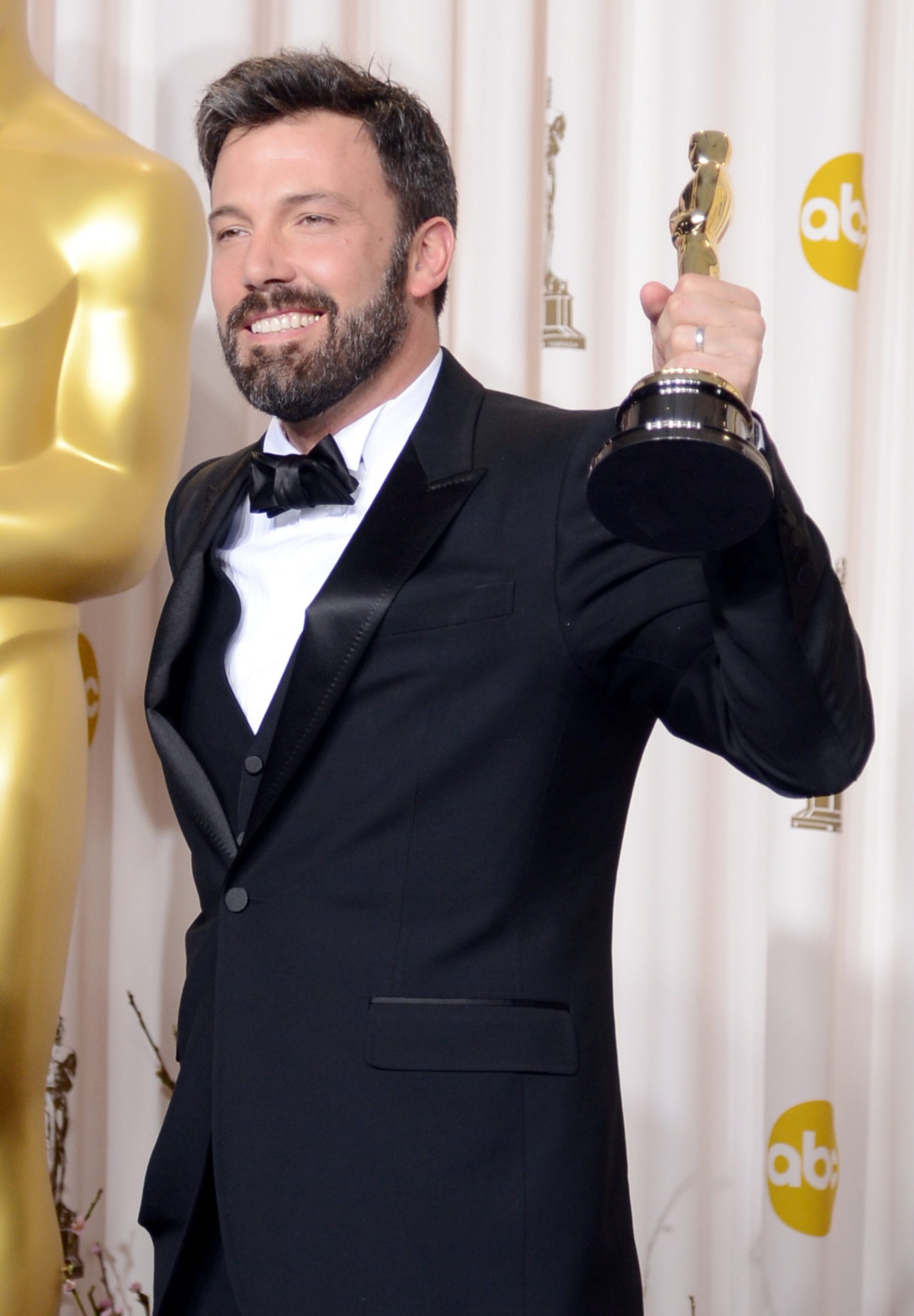 Roles that lead to more success

The movie Good Will Hunting became a huge turning point in Affleck’s career. With the release of his own movies, he started getting a role in other action movies, such as he played a role in a 1998 release named Armageddon. Few other movies in which he got subsequent roles was a piece written by  Tom Stoppard named Shakespeare in love. Again he worked in one of Smith’s movies which was released in 1999, named Dogma. In Dogma, he and his friend Damon played the role of fallen angels. Not does his list of roles stop here. He also played a role of an enthusiast American fighter pilot of the 2nd World War against the British in a movie named Pearl Harbor, released in 2001.

After having a box office success, Affleck gave a kick-off start to his producing career. He started with one of the famous reality show named Project Greenlight(2001). This show was based on all the wanna-be producers. The different seasons came out in 2003 and 2005. With producing be continued his acting career as well. He started in a very famous movie named The Sum of All Fears, which was released in the year 2002. In this movie, Affleck featured Jack Ryan, who was a CIA  Agent. This movie was solely inspired by one of the best-selling books by Tom Clancy. Again in 2003, he featured in named Daredevil. Jennifer Garner was in the movie as well.

Read: Chris Evans Net Worth In 2020 Age, Spouse, Acting Career and All You Need to Know

Ups and downs in the Career

After his 2003 movie Daredevil with Jennifer Garner. He played a role in the movie Gigli which was also released in the year 2003, in which his partner was Jennifer Lopez. After the movie, Affleck and Jennifer got into a relationship. With Huge media coverage, Affleck’s career became obscure. But eventually, his relationship with Lopez ended, and he started dating his previous co-actor, Jennifer Garner. With the time being, in 2005, he got married to Garner. But as always, a hero makes his comeback. In the year 2006, he came back to his acting career with an award-winning movie. He played the role of the former Superman George Reeves in the movie titled Hollywood land. And nevertheless, this movie also got nominated for Golden Globe Award. After the comeback, his career reached booming heights. He featured in a popular 2009 release, He’s Just Not That Into You, which was a rom-com that is a Romantic comedy movie. In this movie, his partner was Jennifer Aniston. 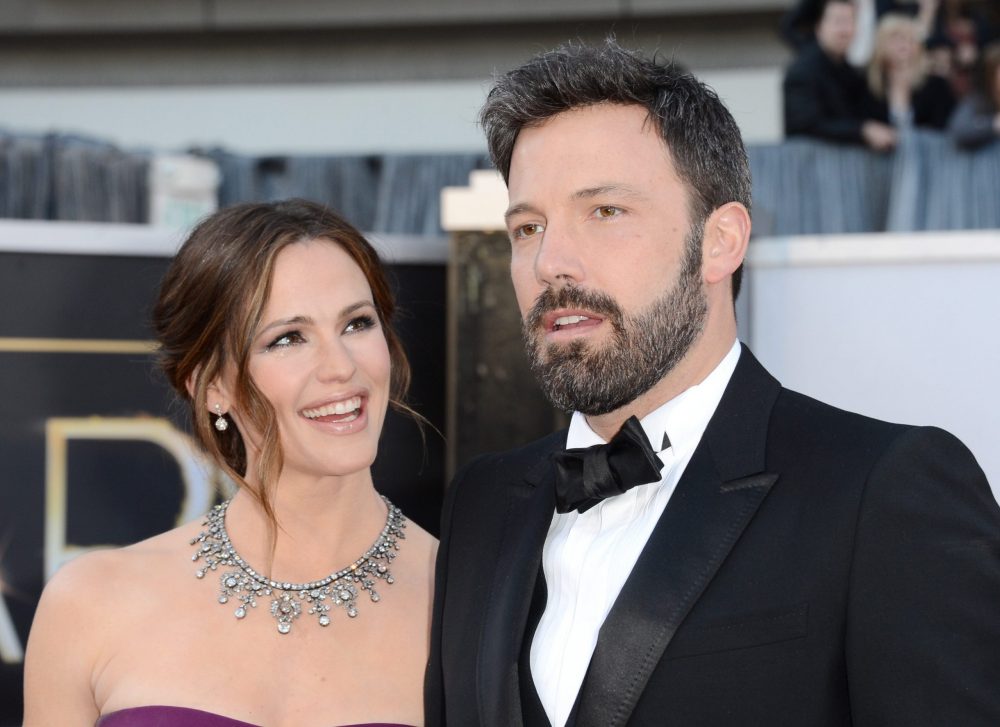 It is said that once you start growing, no one can stop you, the same goes with our all-time favorite Ben Affleck. After comeback, 2010 was one the greatest year of his career. He featured in a Drama that portrayed how the corporate world works and its downsizing. He acted in the movie To the Wonder, which was released in the year 2012. It was a romantic movie by Terrence Malick. He also stared in the movie runner, released in the year 2013. Again in 2014, he featured in one of the most popular movies named Gone Girl. In this movie, he portrayed a man who is involved in the missing of his wife. Not only he did action, thriller, and rom-com’s but he also did superhero movies as well.

In 2016 he played the character of Batman in the movie Batman vs. Superman: Dawn of Justice. In 2017 he featured in the Justice League as well.  In the year 2016, a movie named  The Accountant was released. In this movie, he, with his acting, sketched a character who worked for the gangster as a bookkeeper, and he was a genius math mathematician as well. But in between all this, he and his wife Jennifer Garner got divorced in the year 2018. But unlike early years, this didn’t stop his career from reaching far heights. In 2019 he did thriller movies specifically, there was a role that he drew with his acting where he was a part of special forces who were famous for their thefts. Again in the pandemic year out favorite hero did not fail to entertain us. In 2020 he worked in two films. One of which was inspired by Joan Didion’s popular novel. This movie was titled The Last Thing He Wanted. The other one was a story of how a high school basketball coach was an alcoholic earlier. This movie was titled The Way Back. 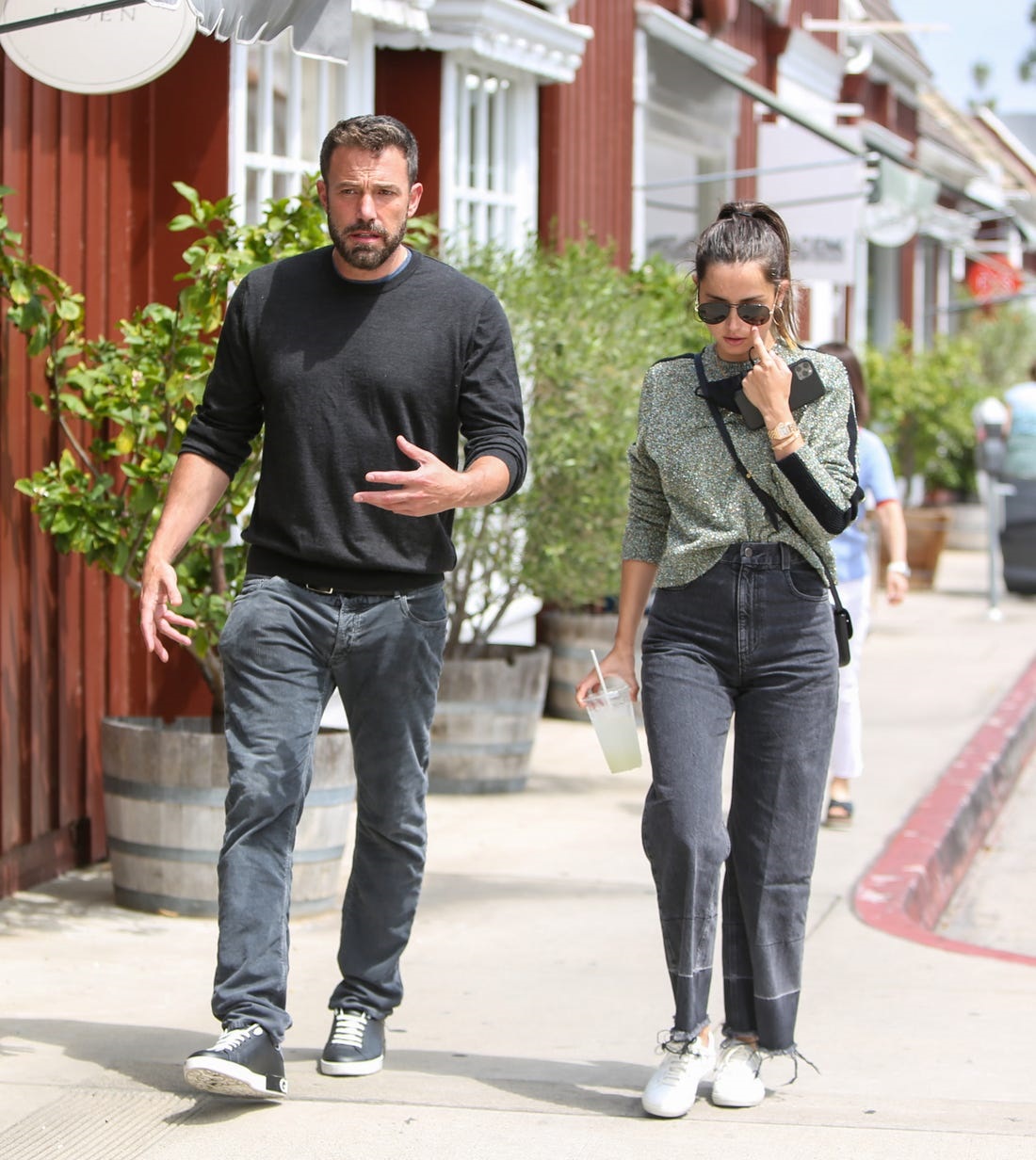 His Works as a Director

In the year 2007, we all remember the movie which came out about the search for a missing girl by the Boston Detectives. This movie was solely inspired by the novel written by Dennis Leane.  And this successful feature film was directed by none other than Ben Affleck. This movie was named Gone, Girl, Gone. Not only did his production stops here. Keeping in mind his previous production success, he produced another movie named The Town. Not only did he direct this movie, but also he played the role of the leader of a heist group of Boston. This movie was released in the year 2010.

After having such great success in his own directed movies, Affleck produced another movie which was released in the year 2012 named Argo. This movie was based o a true story of how the Iran hostages were rescued out during the time of crisis and how a production unit is shown as a fake one covered it up. And again, The Argo became an Oscar-winning film. The movie The Argo won the Golden Globe Award and The Oscar for the best direction. Having two Oscar-winning movies, he moved forward and produced another movie in the year 2016, naming it as Live By Night.

Read: 20 Of The Best Ben Affleck Movies To Watch