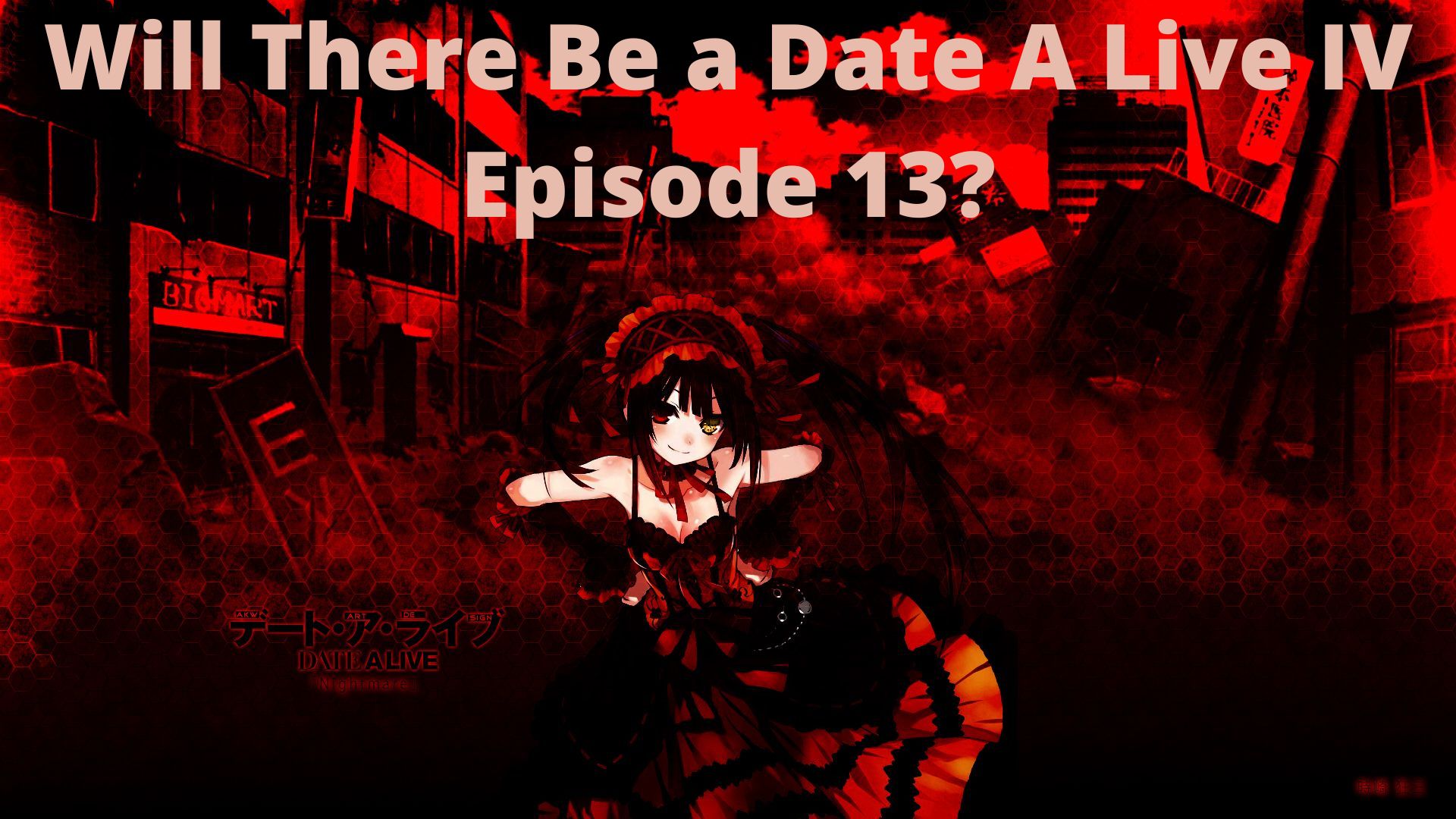 Date A live has released four seasons till now and it has been one hell of a ride. Today we will talk about Will There Be Date A Live IV Episode 13? It has one of the biggest fandoms of all and why wouldn’t it. It is one of the most amazing anime series out there. We’ll also take a look at the previous episode which is the twelfth episode.

This anime is renowned for its incredible storyline, which reads as follows. A mysterious phenomenon known as a “spatial quake” decimates the heart of Eurasia at the start of the series. Smaller spatial quakes will continue to disrupt the earth for the next 30 years. At the epicenter of a spatial earthquake, Shido Itsuka, an apparently average high school student, encounters a mystery female.

The girl is among the “Spirits” from many dimensions that are the true source of the spatial quakes that take place when they present themselves in the physical world, he learns from his adopted sister Kotori. Kotori’s role as the captain of the airship Fraxinus, which is manned by Ratatoskr and its parent business, is also revealed to him.

Ratatoskr enlists Shido to use his enigmatic talent to confine the Spirits’ powers, preventing them from posing a threat to humanity. The catch is that he must persuade each Spirit to fall back in love with him as well as make her kiss him in order to seal that Spirit’s power.

Shido and his allies must contend with the AST (Anti-Spirit Team), a specialized unit created to neutralize the threat posed by Spirits. To Shido’s dismay, as he continues to seal Spirits, he gets allies to aid him in his relationships with several other Spirits but also sees an increase in the rivalry among them for his love and attention.

Let’s give you a glimpse of the previous episode of Date A Live IV. “Cycle Of Salvation, The Worst Spirit Shows Her Devotion” was the title of episode twelve. This is why the show’s this episode was highly anticipated by the audience.

The primary spirit, who also happens to be the protagonist’s love interest, opened the episode by confessing her faults and their repercussions. She admits to him that she has not lived a life that would be deemed rational and moral. She even acknowledges that she murdered her best friend.

She identifies as the “enemy of humanity.” By slaying the Spirit of Origin, she hopes to put an end to misery once and for all. She requests the use of his abilities. With his influence, she hopes to alter both the past and the present. She claims that by using his abilities to travel into the past and erase the Spirit of Origin, she will never turn into a spirit.

She provides him with the pleasures of her woman because she is unable to give him anything in exchange for his abilities or his life. However, all of a sudden, a great number of other spirits enter the space, and they start fighting with them. Kurumi collapses from fatigue after they triumph.

The other spirits return to their father and talk about why they failed. Shido and Kurumi talk about Shido’s potential demise. Shido is wounded in the meantime, and Kurumi engages in further combat. Shido is decapitated and Kurumi has her arm amputated. The chaos starts. Shido’s head is rejoined, nevertheless. Kurumi tears at her failure and gives Shido one final kiss as she fails to bring Shido back. She observes that her sixth bullet, Vav, which was destroyed in a prior battle, has been restored. It directs the user’s thoughts back in time.

She gave him another kiss after learning that the power she had sealed by kissing him first had now been freed. For the sake of Shido, she begs her other “selves,” who enthusiastically consent. The strategy succeeds, and Shido learns how many times he has been saved secretly. He learns that Kurumi has pushed herself to the limit by doing this repeatedly. After waking up, Kurumi departs with her younger self.

Phantom appears while Kurumi and the other “Kurumi’s” are discussing foolish boy troubles. She claims that her only purpose in being there is to offer her counsel. She doesn’t pay any attention, though, and shoots at Phantom. Phantom reveals who she really is. It turns out that Murasame Sensei is the Phantom. Kurumi says Phantom doesn’t even deserve hell as everything becomes evident to her. Shido begs the other spirits—his fangirls—to assist him in rescuing Kurumi.

Will There Be Date A Live IV Episode 13?

No, there will be no episode 13 for Date A Live season 4. At the end of the last episode, it was stated that all the mysteries regarding Shido and Spirit of Origin will be cleared in the upcoming season 5 which is under production at the moment. So stay tuned with us for the latest news about Date A Live V.

You can stream all the episodes of Date A Live IV on Crunchyroll. It is the official streaming partner of various such amazing anime and home to other associated mangas.