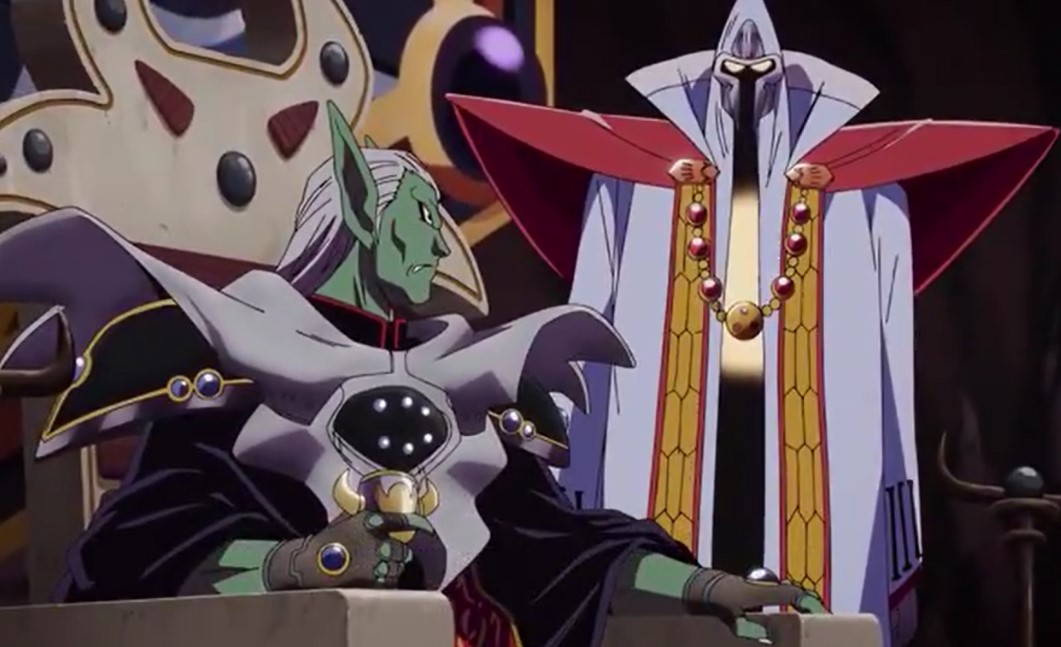 Flazzard has been defeated by Dai, who used the final Avan Slash to save his comrades. Meanwhile, at the Dark Territory, Hadlar is surprised why he is alive since he knows that Hyunckle killed him. He is wondering how since he thought that Hyunckle had pierced all of his hearts. Mystvearn appears behind Hadlar and told him that they use Dark Aura’s power to resurrect him.

Hadlar asks Mystvearn if his body is still powerful like before. Mystvearn comments that it is the secret of the body that King Vearn has bestowed within Hadlar. Hadlar will never face death as long as King Vearn Mystvearn and the Dark Aura are alive. All the time that he will face death, he will always be resurrected. Mysteveran reveals that Hadlar’s body belongs to King Vearn.

Dragon Quest: The Adventure of Dai Episode 21 will be released on Saturday, 27 February 2021, at 9:30 AM JST. Dragon’s Quest is available every Saturday on all streaming platforms on time above.

Check this anime here on Crunchyroll.

Previously on Dragon Quest: The Adventure of Dai Episode 20

Hadlar won’t choose when to die since he will always be resurrected for his master, King Vearn. Mystvearn heads out, and Hadlar asks where he is going, and he replies to the battlefield. Meanwhile, Dai is glad that he has destroyed everything. Unfortunately, he has destroyed the Flazzard, the Ice guy, but Blizzblaze is still alive. Hyunckle wanted to finish him off, but the Shadow Vizier blows Hyunckle away.

Blizzblaze wanted to refuse and realizes that he can defeat Dai’s crew if he merges with an ultimate armor. He accepted the offer, and Mystvearn turns him into Dark Aura and merges him with an ultimate amour. Blizzblaze is excited that he now possesses overwhelming power. Baduck and Gomechan arrive bragging that Blizzblaze must never underestimate the power of Papnica Great Swordman. They realize that they made a mistake by saying that. 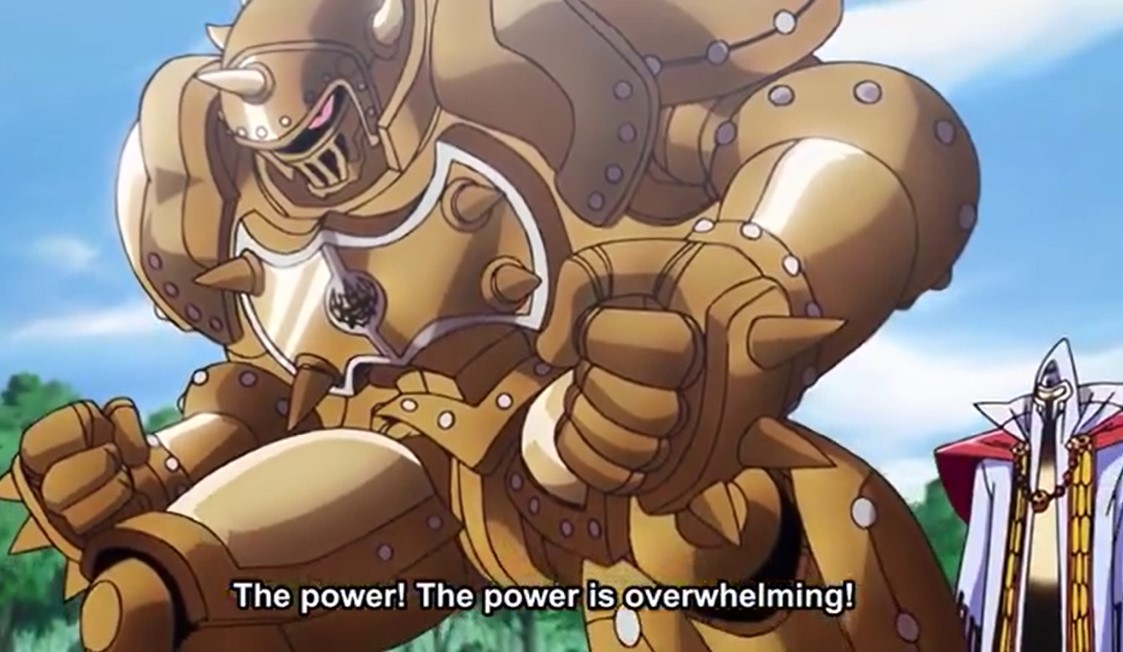 Baduck saw that Blizzblaze is on another level. Popp bangs his head with the ground commenting why Baduck and Gomechan show up at the wrong time. Blizzbaze looked at the two and wanted to make them eat their words for talking about the Great Swordman. He unleashes a powerful hammer blow that Crocodine jumps in time and block it. Crocodine can’t believe the tremendous power he is feeling. The attacks crack the ground, and the two got blown away.

Popp and Hyunckle try to interfere, but they got destroyed in a single punch that missed. Even though the punch missed them, the swooping wind destroyed them. Blizzblaze laughs that no one can match his power, and Dai is tired after the last battle with Flazzard. No spell can pierce an ultimate armor that Blizzblaze is inside. Since he gained that power, Blizzblaze is confident that he can destroy everyone.

He comments to himself that he will also take down Mystvearn since no one bosses around him except for King Vearn. He looks at Dai and comments that he will first take that brat down. Dai pushes Maam away and said Blizzblaze is after him. Dai can’t see and he is using his mind eyes to fight with Blizzblaze. His eyes are closed after performing the final Avan Slash that destroyed Flazzard earlier. 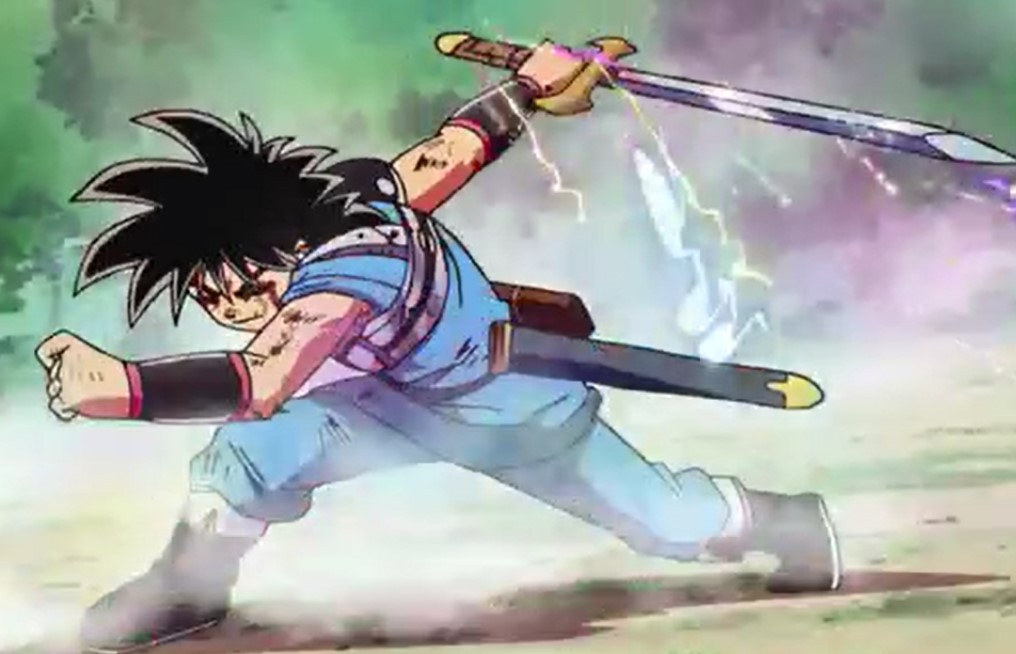 Blizzblaze wants Dai to pay for destroying another half part of him. Maam is worried that Dai has no strength left to battle Blazeblizz. In his mind, Dai is just waiting to get a chance to land a final blow and slash everything. Blizzblaze comments that Dai has the guts to face him. He asks if Dai is begging for a punch that will send him to the afterlife. Blizblaze attacks, but his blow made no impact, and he wondered why. Dai comments that he doesn’t feel like he is losing to a loser.

Blizzblaze said he would make Dai eats his words for challenging him. He vows that he will never lose to a brat like Dai. Crocodine is surprised how Dai is doing those powerful blows from Blizzblaze. Hyunckle comments that Dai has fully mastered Air Slash, and he can predict every attack and movement. Blizzblaze can’t believe that a brat can predict his moves and attacks.

Dai landed a blow that cut Blizzblaze, who said he has an ultimate body he can’t lose to this brat. Mystvearn just watches Blizzblaze getting smashed. Dai unleashes a super move called Avan Strash and destroys Blizzblaze once and for all. Mystvearn notices that Blizzblaze is destroyed, and he also vanishes. Later they destroy the ice spell from Leona, and she got saved. They make a big banquet in the evening while the Dark Army is planning another move.