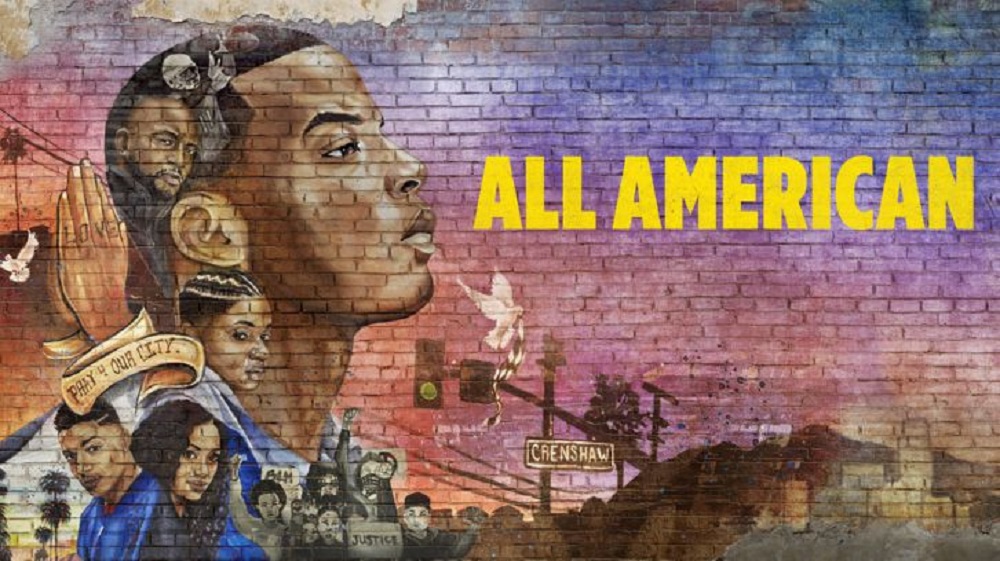 Will there be an "All American" Season 3 Episode 9?- Here's all you need to know.

“All American”, the American sports drama TV series is back with its 3rd season and has been impressing the viewers ever since. Created by April Blair, the series is based on the life of Spencer Paysinger, a professional American football player. The series premiered on 10th October 2018 and received great reviews. Consequently, The CW renewed the show for another season in April 2019. Soon, the 2nd season premiered on 7th October 2019. Finally, in January 2020, the distributors renewed it for a third season and it debuted on 18th January 2021. The show did great on its premiere and has its fans glued to the season. Anyhow, the season is coming to an end soon. So, let us see ahead in the article whether the creators will be giving out more episodes or continue with the story in the next season.

finally watching season 3 of All American 🤩🤩

Everything you need to know about All American

“All American” is a typical American sports drama. It is based on the real-life events of Spencer Paysinger, the professional American football player. April Blair created the series with CBS Media Ventures and Warner Television Bros. taking over as the distributor of the series. The show is completely filmed in Los Angeles, California. April Blair, John A. Norris, Sarah Schechter, Rob Hardy, Greg Berlanti, and Nkechi Okoro Carroll are the executive producers of the series. The show is broadcasted on The CW every week on Monday at 8 PM EST. Anyhow, let us have a look at the cast of the series that consists of some really young, experienced, and talented actors. 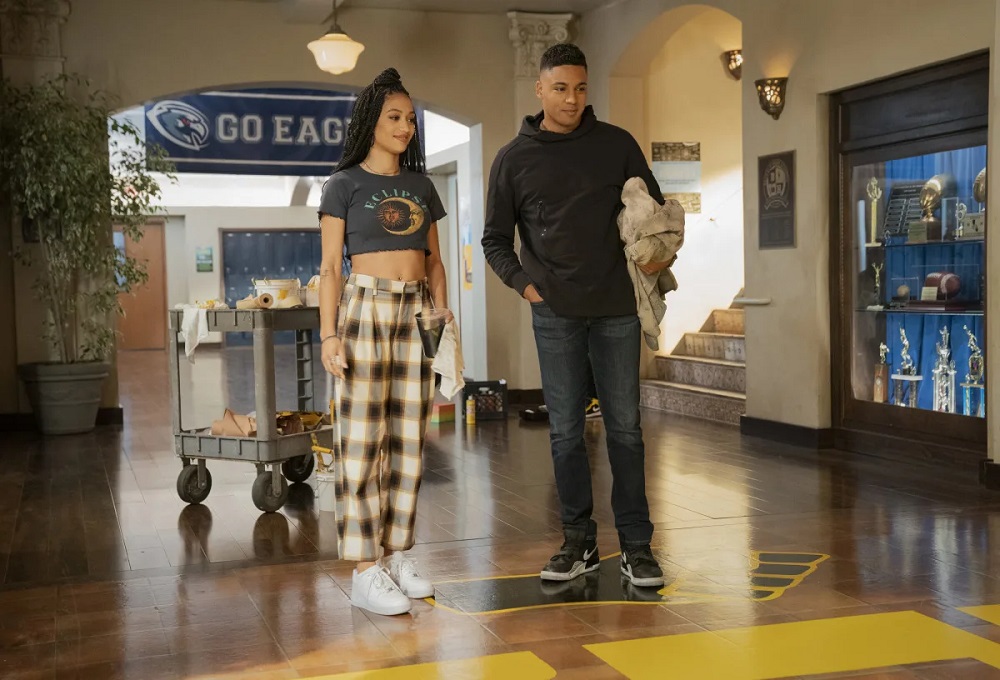 A still from Episode 1 of Season 3 of “All American”.

Daniel Ezra as Spencer James: Daniel Ezra is a British actor who has been a part of several TV series but his major breakthrough was via “All American”. Some of his other works include “Murdered by My Boyfriend”, “Undercover”, and “The Missing”.

Bre-Z as Tamia Cooper: Bre-Z is an American rapper and actor who people know for playing the role of Freda Gatz in “Empire”. He has been a part of many other series and movies like “Fat Camp”, “Tales”, and “Down for Whatever”.

Greta Onieogou as Layla Keating: Great Onieogou is a Canadian actress who people know best for her character of Soraya Duval in the Canadian drama “Heartland”. Some of his other works include “Undercover Grandpa”, “Fever Pitch”, and “Schitt’s Creek”.

Samantha Logan as Olivia Baker: Samantha Logan is an American actress who people know really well for playing the role of Nina Jones in the 2nd season of the series “13 Reasons Why“. She is also popular for doing series and movies like “Teen Wolf”, “Melissa & Joey”, and “The Empty Man”. 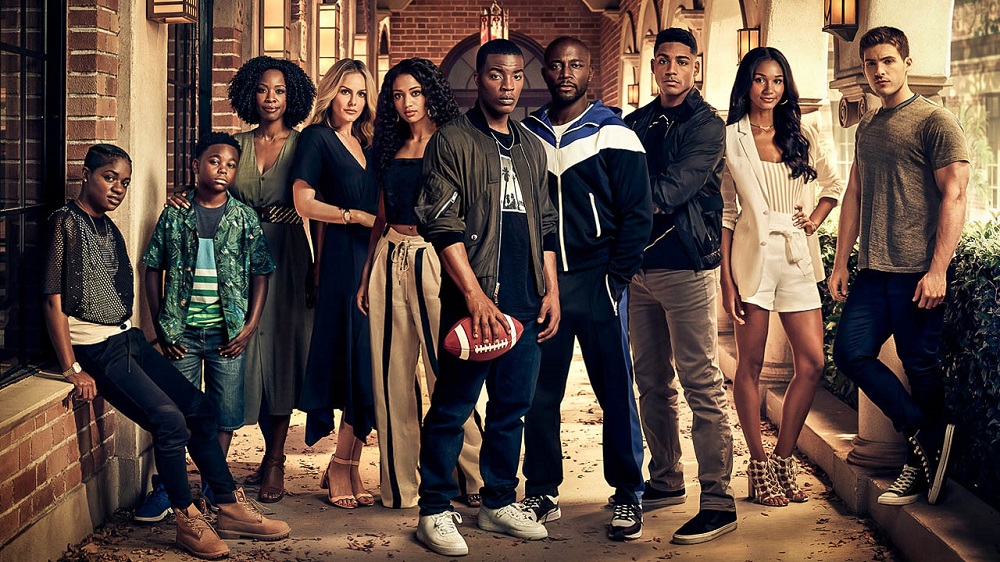 A still of the entire cast for Season 3 of the series “All American”.

Cody Christian as Asher Adams: Cody Christian is an American actor. She is popular for playing the role of Mike Montgomery in “Pretty Little Liars”. Some of the other shows and movies that he has been a part of include “Teen Wolf”, “Submerged”, and “Surrogates”.

Karimah Westbrook as Grace James: Karimah Westbrook is an American actress. She rose to fame after doing the movie “Save the Last Dance”. She has also been a part of “After We Collided”, “Look: The Series”, and “American Violet”.

Monét Mazur as Laura Fine-Baker: Monet Mazur is an American TV and film actress. She has been a part of several series and movies like “Dead Man Running”, “Capitol Law”, and “Adopting Terror”.

Taye Diggs as Billy Baker: Taye Diggs is an American singer and actor who is popular for playing the role of Dr. Sam Bennett in “Private Practice”. Some of his other series include “River Runs Red”, “Empire”, and “The Best Man: The Final Chapters”.

Chelsea Tavares as Patience: Chelsea Tavares is an American actress best known for her work in Nickelodeon’s series “Unfabulous”. She has also been a part of many other series like “Lethal Weapon”, “Queen of the South”, and “Tycoon”.

Will All American Season 3 be getting an Episode 9?

As of now, there is no official information regarding All American Season 3 Episode 9. There are only 2 episodes remaining for this season to end. They will be released on 1st March and 8th March respectively on The CW at 8 PM EST. Moreover, the production has already renewed the series for another season i.e. its 4th season in February 2021. The viewers are doubtful whether the showmakers will add more episodes to this season. The sole reason is that in the previous seasons, the creators have already done so. So, even if there is the slightest possibility for a 9th episode this season, we will update you guys. Hence, stay tuned to know more about the series. Until then, let us know in the comments section whether you want another episode in this season or the new season itself soon.