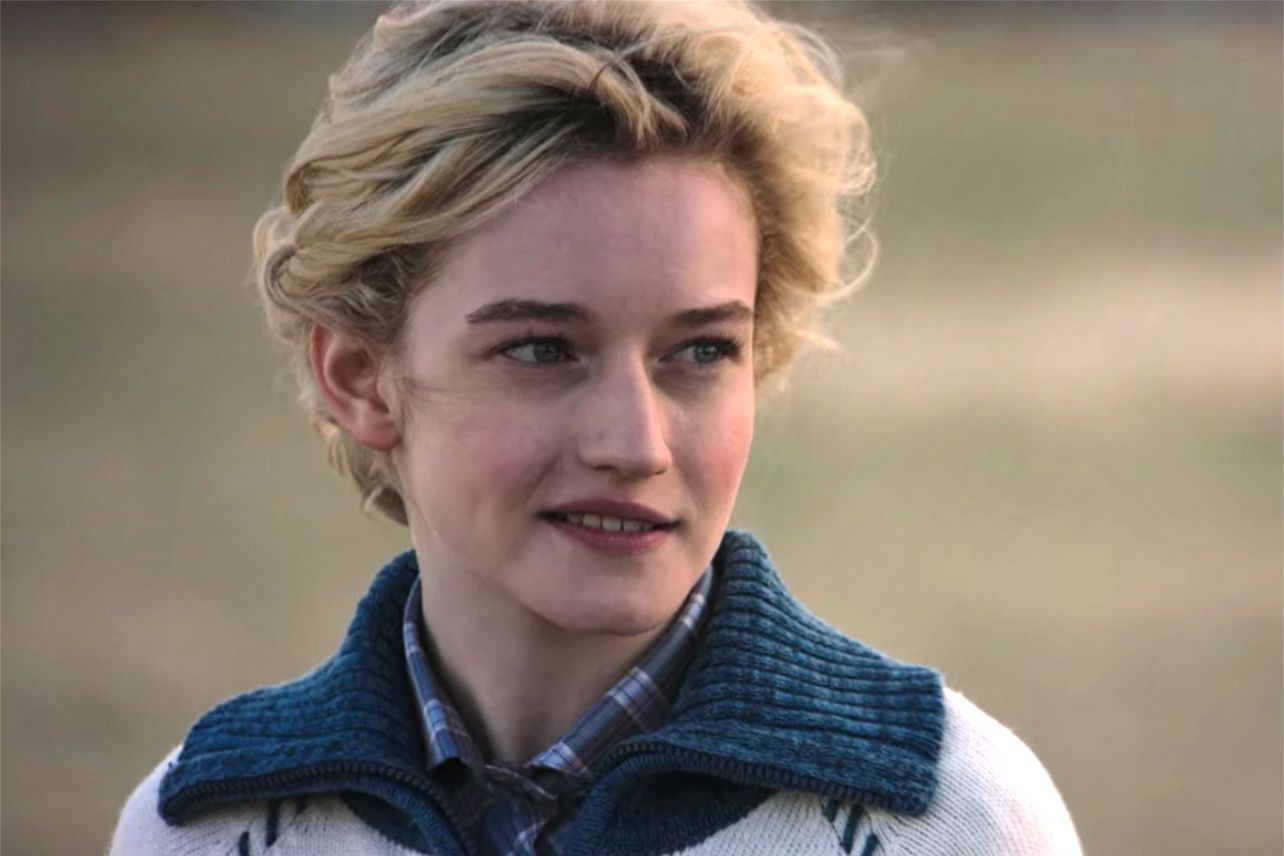 Julia Garner, born February 1st, 1994, is an American actress. She won an Emmy for her stunning performance for her starring role as Ruth Langmore in the Netflix crime drama series “Ozark”. With her springy blonde curls, she is possibly one of the most recognizable celebrities in Hollywood! It seems like Julia Garner is now finally being recognized for more than just her curls and on that note, we have for you today a list of 15 Television shows and movies starring this very talented actress! Be sure to add it to your “must watch” list as her performances in each are something of wonder.

Garner’s first role was in 2012 as Rachel, a 15-year-old girl from a fundamentalist Mormon community in Utah. This indie film features Rachel who after learning she is pregnant, believes she became so after listening to a song on a cassette tape. 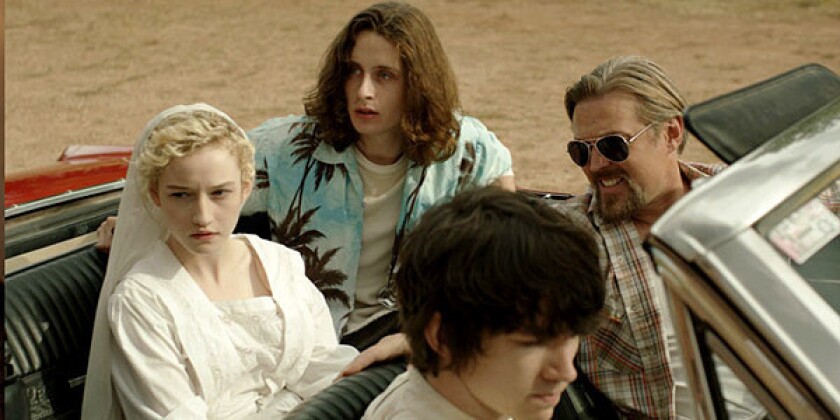 This drama/indie film that has received a rating of 6.8/10 in IMDb and an 88% on rotten tomatoes follows the story of a Mormon youth (Liam Alken) who is accused of raping and impregnating his sister (Julia Garner) even though she insists that it was a voice she heard on a tape that did the deed.

2. Rose Parker in We Are What We Are

In this horror flick from 2013, Julia Garner plays the role of Rose who is a young woman whose mother dies unexpectedly and under curious circumstances and who’s father seems to be slowly unraveling after this tragedy.

We are What We Are

The Parkers, reclusive people that cling to ancient customs, find their secret lives threatened when torrential downpour and the death of the family matriarchy forces daughters Iris and Rose to assume special responsibilities. The movie, released in 2013 has received a rating of 5.9/10 on IMDb and 86% on Rotten Tomatoes! It features under the horror/Thriller genre of movies.

In this 2013 drama, the sequel to “The Last Exorcism”, Garner plays the friend of Nell who along with her other friends stands witness to the demonic forces that take over her friend. Found terrified and alone in rural Louisiana, Nell Sweetzer (Ashley Bell) is now safely in New Orleans. She can’t remember the terrible events of the previous months, only that she is the only surviving member of her family. Nell wants to start a new life for herself, but just as she begins the difficult process, the evil forces that once possessed her, return. Bringing with it, unimaginably horrible plans, meaning her first exorcism was definitely not her last.

The movie received a rating of 4/10 on IMDb and a 15% on Rotten Tomatoes. it falls under the genre of horror/thriller.

Garner stars alongside Lily Tomlin in this dramedy as Sage, a teenager who goes to her lesbian, widowed, poet grandmother to ask for money to pay for an abortion and her grandmother help her raise the money through a crowdfunding effort. 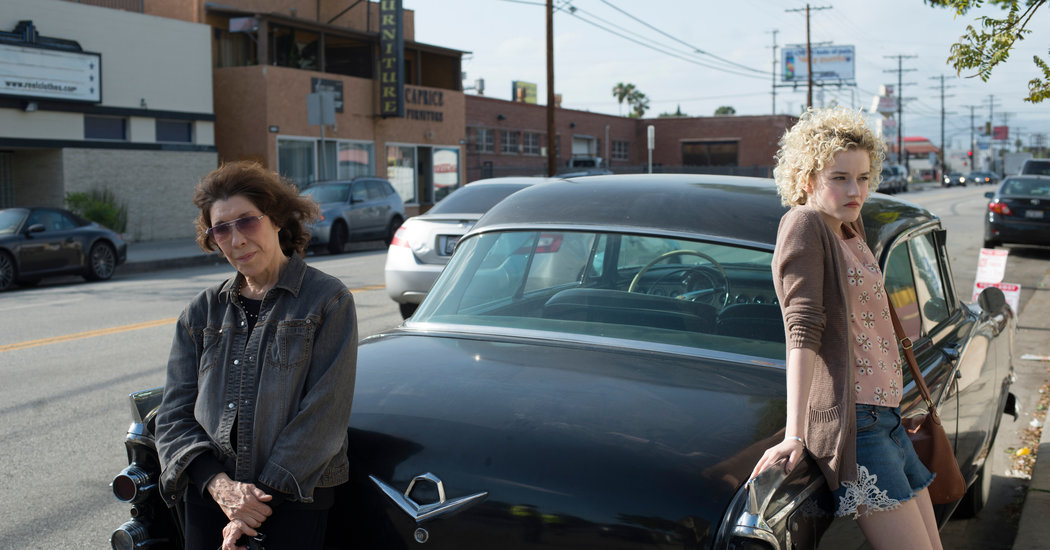 Released in 2015, this movie follows the story of Sage and how, when she gets pregnant, she and her misanthropic grandmother set out on a road trip to arrange the money for an abortion. It has been rated a 6.7/10 on IMDb and a 91% on Rotten Tomatoes! It features under the comedy/drama genre.

5. Kimberly Breland in The Americans

Garner joined the cast of the FX period spy thriller series in its third season as Kimberly, or “Kimmy”, the daughter of the head of the CIA’s Afghan group who has some major daddy issues. 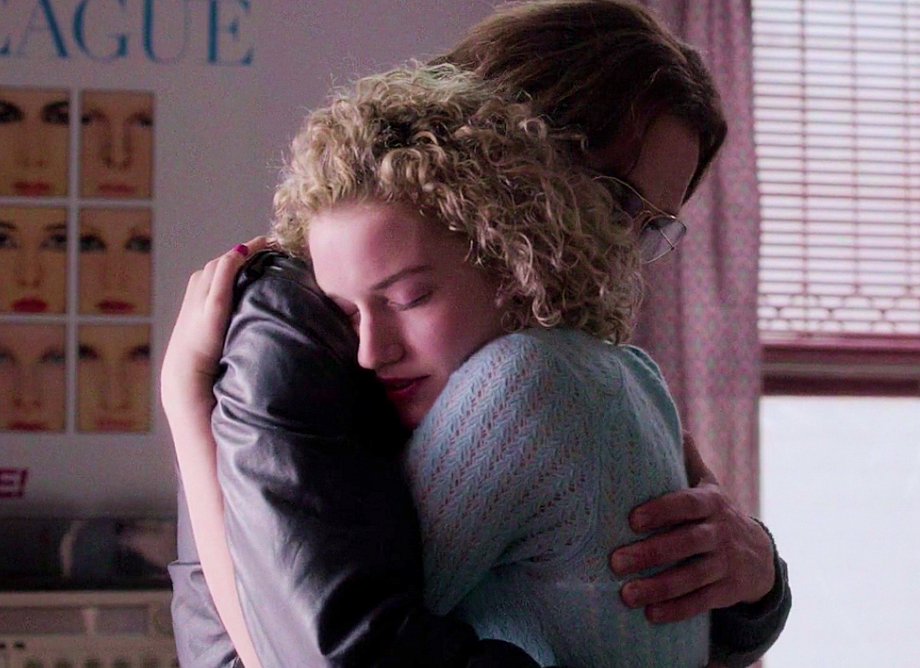 Julia Garner in “The Americans”

During the Cold War, two Russian spies who are married to each other and have children pose as Americans while residing in Washington DC, in order to spy on the American Government. This FX series has received an 8.4/10 on IMDb and a 96% on Rotten Tomatoes! It falls under the Drama genre.

Runtime: The series consists of 6 seasons of about 13 episodes each, each episode is about 45 minutes long.

Below is the trailer for Season 1

In 2016 Comedy, Garner plays Tinsley, a young woman who befriends (and eventually becomes romantically involved with) an MMA instructor who goes by “The Lion” and who is on a mission to have a wild summer before his first year of college. 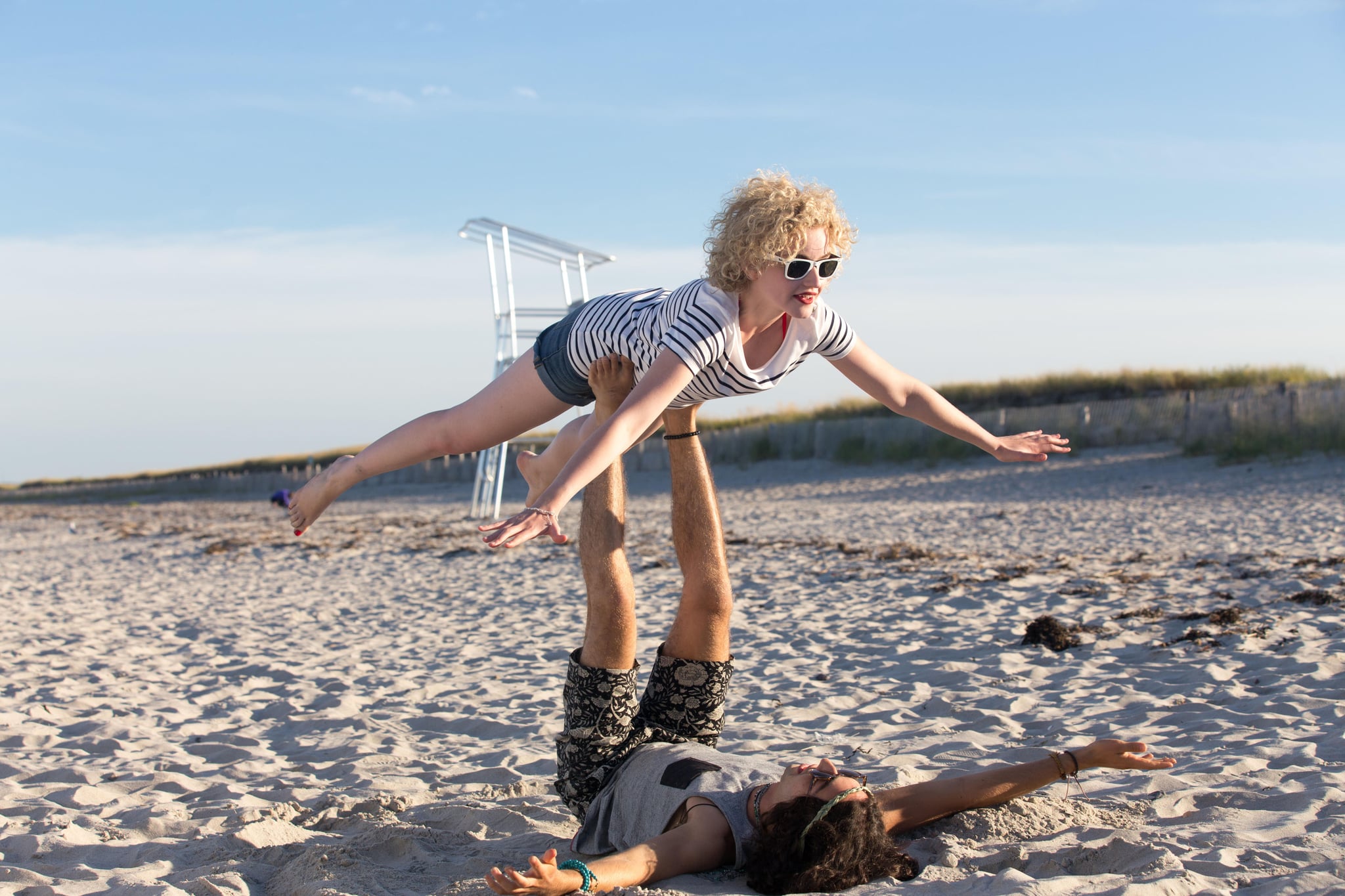 Four overachievers, eager to shake of their high school labels, set out to reinvent themselves following graduation.  It stands at a 6./10 on IMDb and a 33% on Rotten Tomatoes, under the genre of Comedy.

This 2017 drama costars Garner and Juno Temple as Catherine and Iris, college-age childhood friends who spend a summer coping with the death of a mutual friend, who died in a car accident that almost claimed both their lives as well.

Catherine and Iris who were childhood friends are returning home from college to New England for a hot and humid summer. They are filling their days and nights with parties, skinny-dipping and rekindling old relationships. But when a shared trauma from their past becomes increasingly difficult to suppress, a wedge between them grows and each begins to pursue forbidden love affairs.

In this Netflix psychological miniseries, Garner plays Ellie, who’s death in a car accident haunts her sister Annie (Emma Stone) as she feels largely responsible for it. 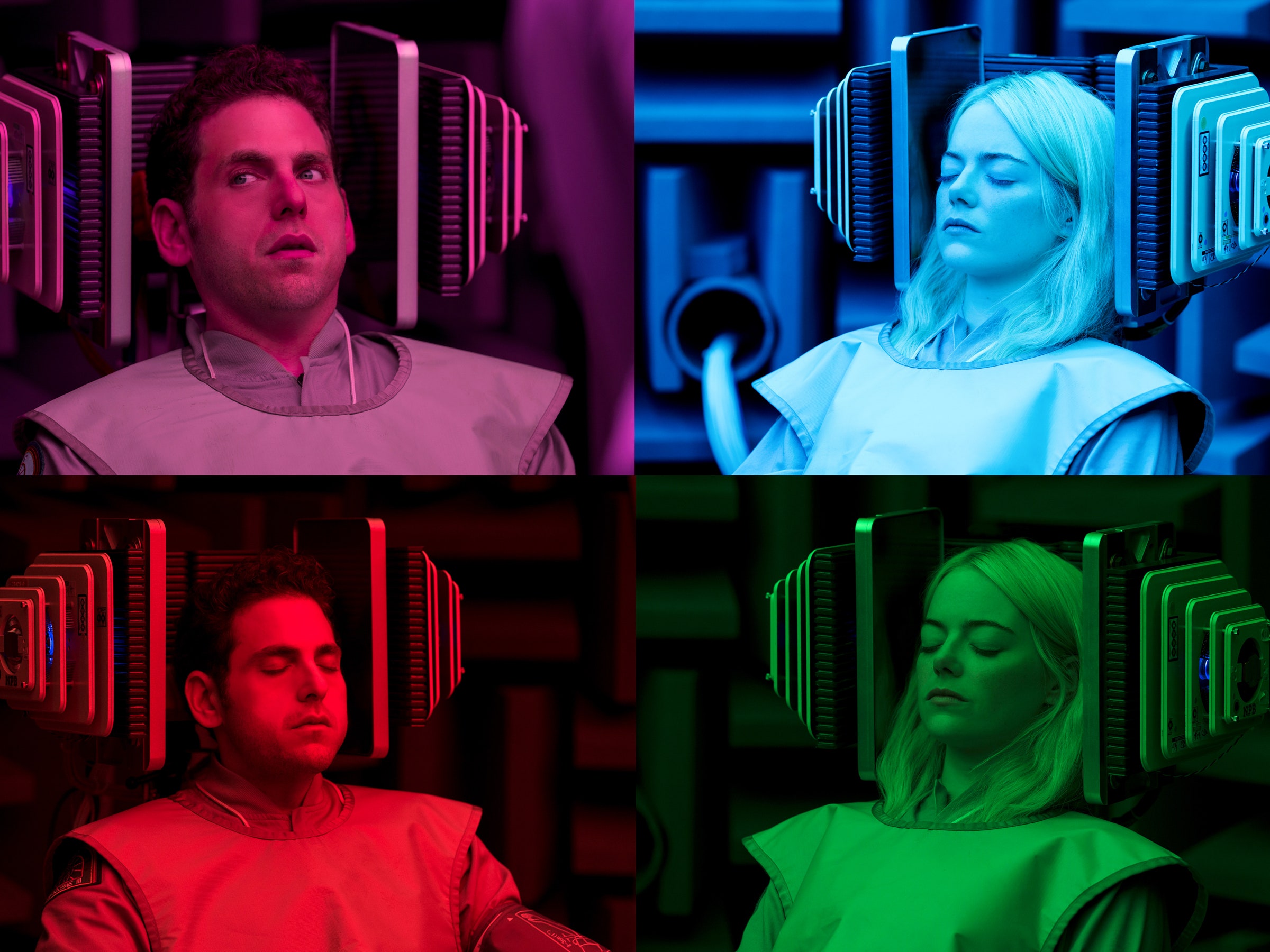 Annie Landsberg and Owen Milgrim are two strangers who are drawn to the late stages of a mysterious pharmaceutical trial. Each has a different reason for participating in the experiment- she is disaffected and aimless, fixated on broken relationships with her mother and sister, while he has struggled throughout his life with disputed diagnoses of schizophrenia. The radical treatment, using pills that the inventor claims can repair anything about the mind, draws Annie, Owen, and 0 other subjects into a three-day drug trial that they’re told will permanently solve all of their problems, with no complications or side effects. Unfortunately, things don’t go as planned.

it falls under the genres of comedy-drama, Dark comedy, psychological fiction, and science fiction and received a 7.9/10 on IMDb and an 85% on Rotten Tomatoes.

Runtime: It consists of 10 episodes

In Dirty John, Garner plays Terra Newell, a girl who teams up with her sister (Juno Temple) to get to the bottom of her mom’s (Connie Britton) new relationship with a mysteriously questionable man.

Debra Newell has a perfect life- from the outside- she’s successful, beautiful, and lives in Newport Beach, one of California’s most desirable coastal cities. The only thing missing from her life is love, so when she meets the charismatic, handsome, and charming Dr. John Meehan, she is swept off her feet in a whirlwind romance. Her daughters, Terra and Veronica, set out to prove that he’s just a conman after they are displeased at the fast-tracked relationship and decide to investigate their mother’s new beau for themselves. As Debra gets drawn deeper into his lies, the psychological manipulation has consequences for the entire family.

Garner is perhaps best known for her playing Ruth in Ozark, a 19-year-old woman from a crime-ridden family who unexpectedly partners with a financial adviser from Chicago (Jason Bateman) who is forced into money laundering in the Missouri Ozarks.

This drama series stars Jason Bateman as Marty Byrde, a financial planner who relocates his family from Chicago to a summer resort community in the Ozarks. With wife Wendy and their two kids in tow, Marty is on the move after a money-laundering scheme goes wrong, forcing him to pay off a substantial debt to a Mexican drug lord in order to keep his family safe. While the Byrdes’ fate hands in the balance, the dire circumstances force the fractured family to reconnect.

It features under the genre of crime film and thriller and has an 8.4/10 on IMDb and an 81% on Rotten Tomatoes.

In her part in this 2008 series, Julia Garner falls in love with and begins a very confusing relationship with a much older man. 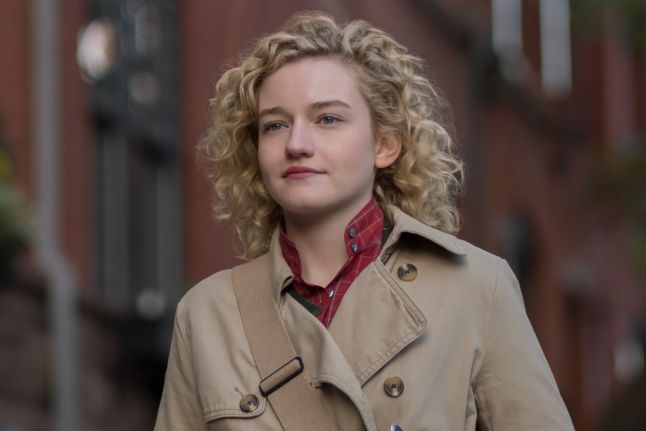 This Anthology series explores love in all of its complicated, beautiful forms, as well as its effects on human connection. Each episode brings to life a new story that has been inspired by the New York Times’ “Modern Love” column. This romantic comedy series features a widely popular and star-studded cast! It has received an 8/10 on IMDb.

12. Sarah in Martha Marcy May Marlene 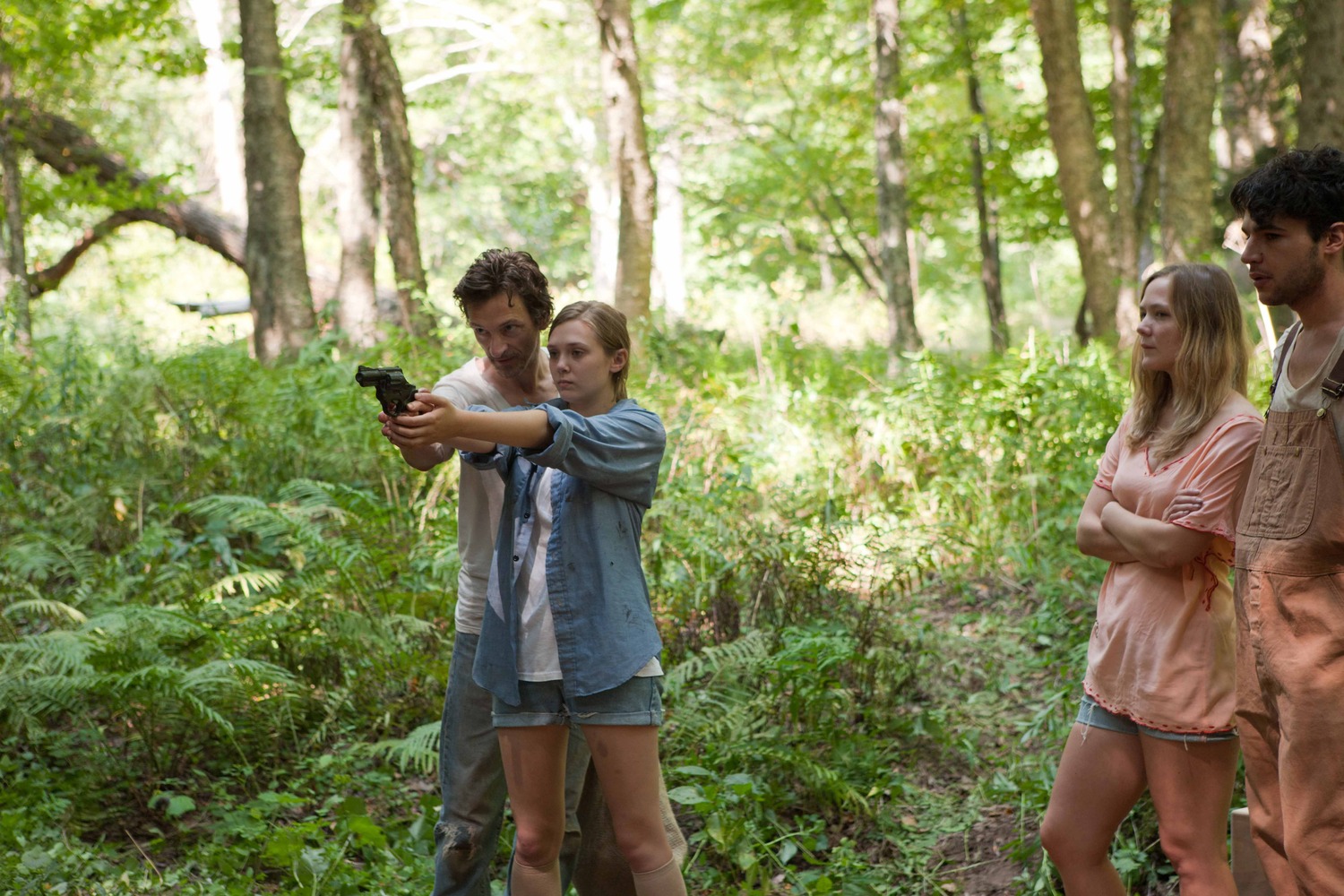 Martha suffers from painful memories from the time she spent in an abusive cult. Now, living with her sister’s family she struggles to make sense between dreams and reality. It received a 6.9/10 on IMDb and an 89% on Rotten Tomatoes. 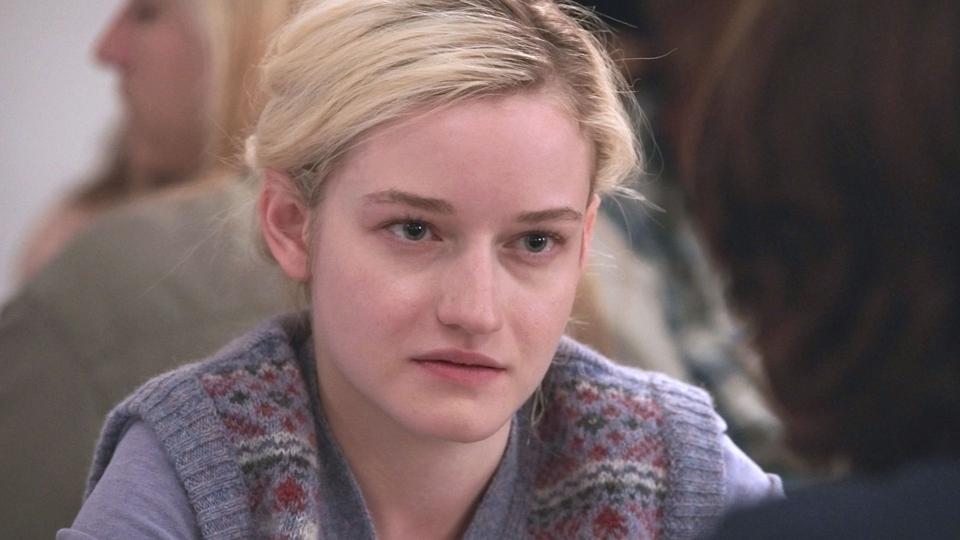 In February 1993, the Bureau of Alcohol, Tobacco, and Firearms raids David Koresh’s Branch Davidian compound, a small religious community located just outside of Waco, Texas, triggering a drawn-out gun battle that kills four ATF agents and six civilians and wounds dozens of people. After a 51 day standoff, the conflict ends when an FBI assault leads to a fire that engulfs the compound, killing 76 Branch Davidians, including Koresh. Told from the perspective of those who were there, including chief FBI negotiator Gary Noesner and survivor David Thibodeau, the six-part scripted series “Waco” dramatizes one of the most misunderstood stories in American history.

14. Susan in The Perks Of Being A Wallflower

Susan, in The Perks Of Being A Wallflower used to be a friend of Charlie’s in middle school. 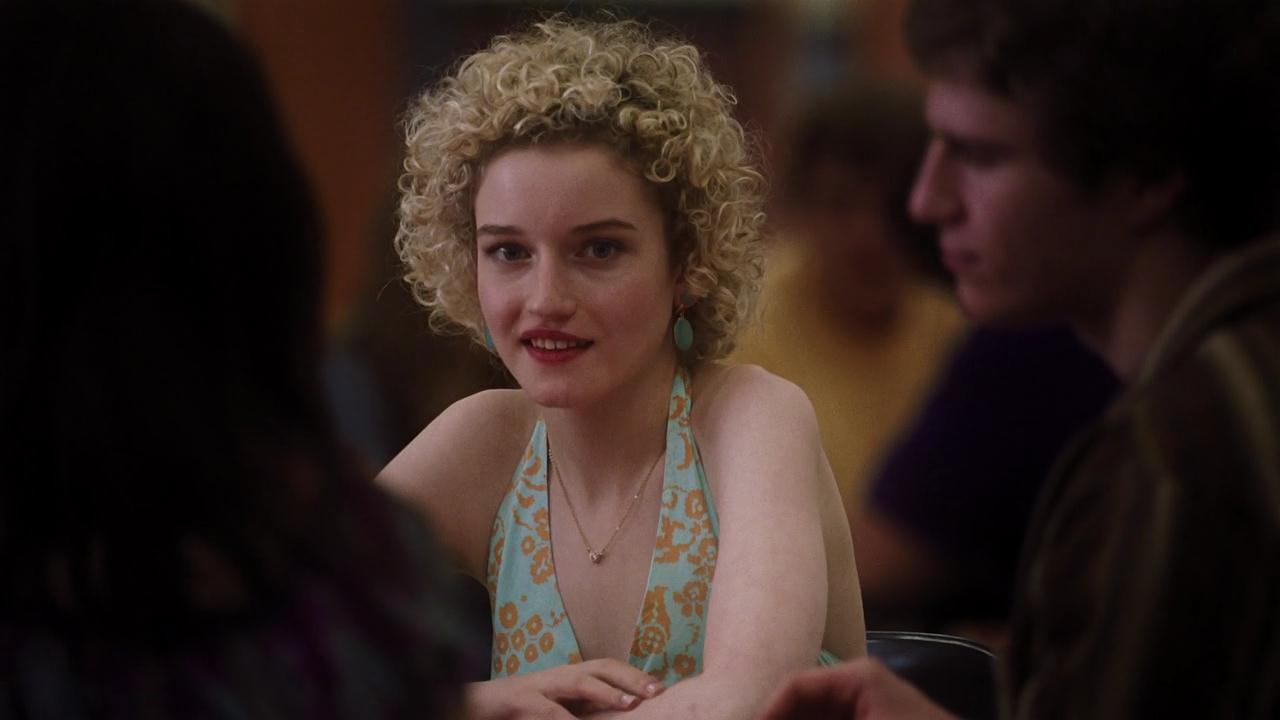 Julia Garner in “The Perks Of Being A Wallflower”

Charlie, a 15-year-old introvert, enters high school and is nervous about his new life. When he befriends his seniors, he learns to cope with his friend’s suicide and his tumultuous past. This movie has an 8/10 on IMDb and 86% on Rotten Tomatoes.

Julia Garner excels as a junior assistant to a predatory media mogul boss in The Assistant. 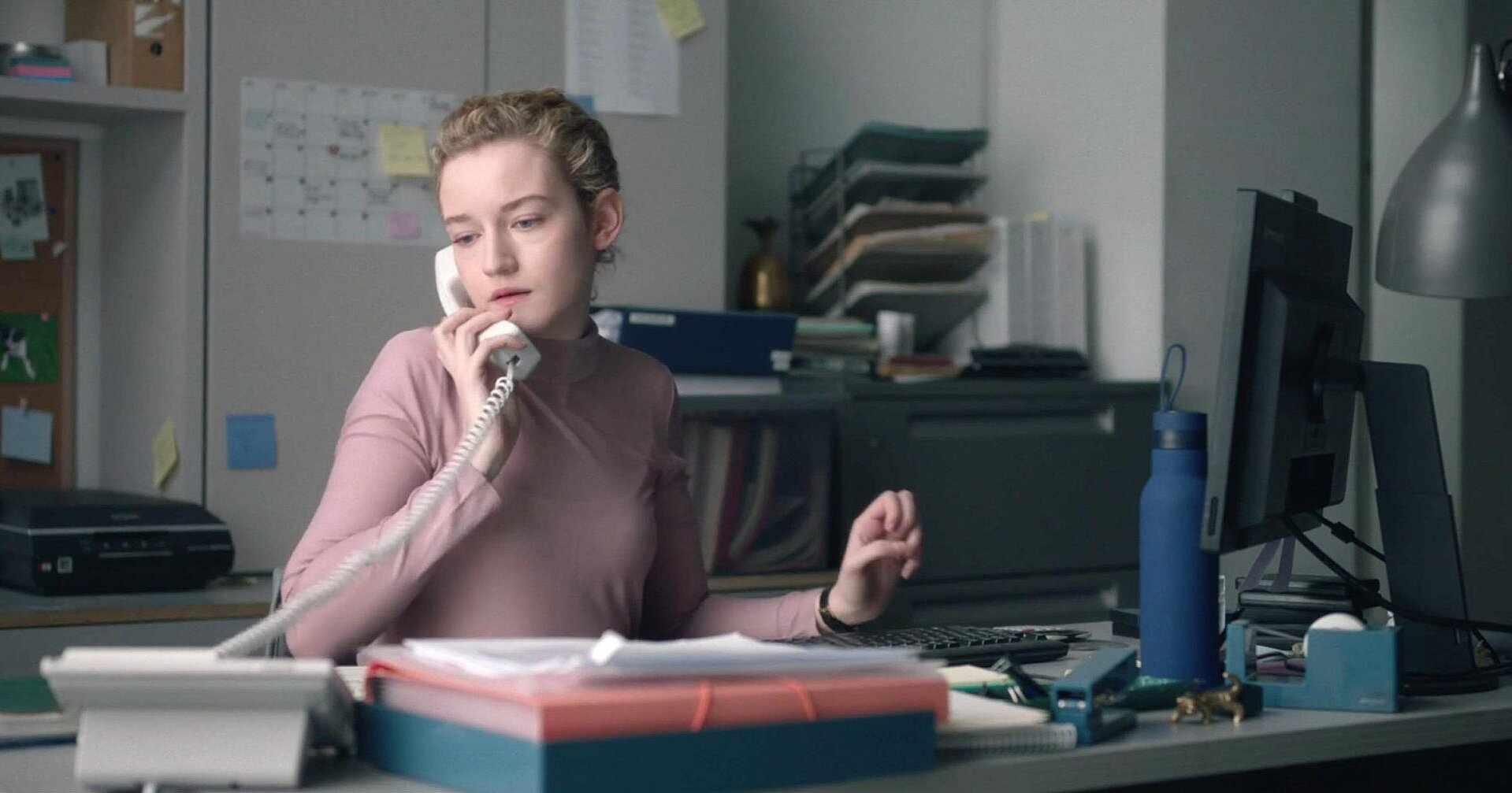 Julia Garner in “The Assistant”

Jane, a recent college graduate and aspiring film producer, just landed her dream job as a junior assistant to a powerful entertainment mogul. Her day is much like any other assistant- making coffee, ordering lunch, arranging travel accommodations and taking phone messages. But as Jane follows her daily routine, she grows increasingly aware of the abuse that insidiously colors every aspect of her workday, an accumulation of degradation against which she decides to take a stand.