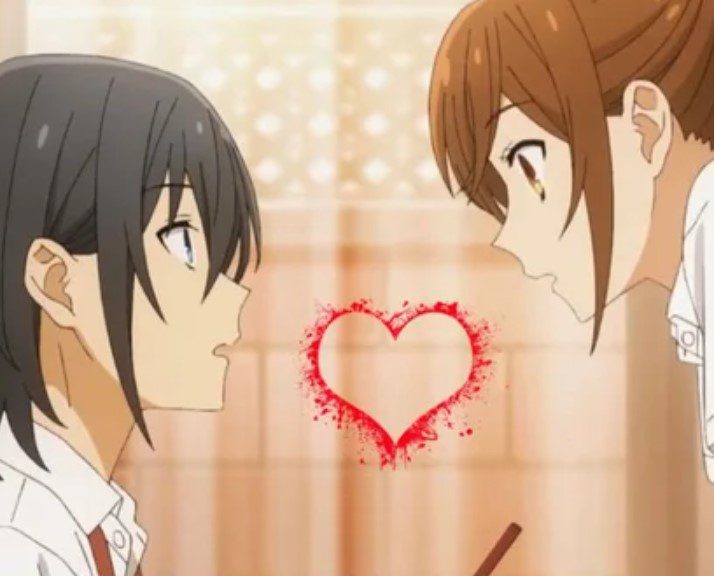 Those who have been looking for the best manga romance comedy will find new and manage that will make their day on the list below. We decided to bring new things to the readers, and this will be fun since you will be introduced to the world of new romantic comedy of this era. There is a popular top list of ranked the best manga romance comedy that has gained popularity due to the romantic comedy they offer.

Those mangas have interesting genres, and some of them will include action and adventure for the fans who love them. It is common to find many mangas that have a romantic comedy since writers have the best skills in writing those mangas, and it is rare to find a manga that talks about family and do not have a romantic scene. Let’s find out which manga will top the list of best manga romance comedies below.

This is one of the best manga romance comedies that is ongoing. Tales Of Demons And Gods is a popular manga that every fan desire to read. This manga has over 386 chapters and releases more than two romantic chapters weekly. Tales Of Demons And Gods has action, adventure, drama, comedy, fantasy, romance, and harem genres that are interesting when you read. This is a story of Nie Li and his disciples as he conquers the world. 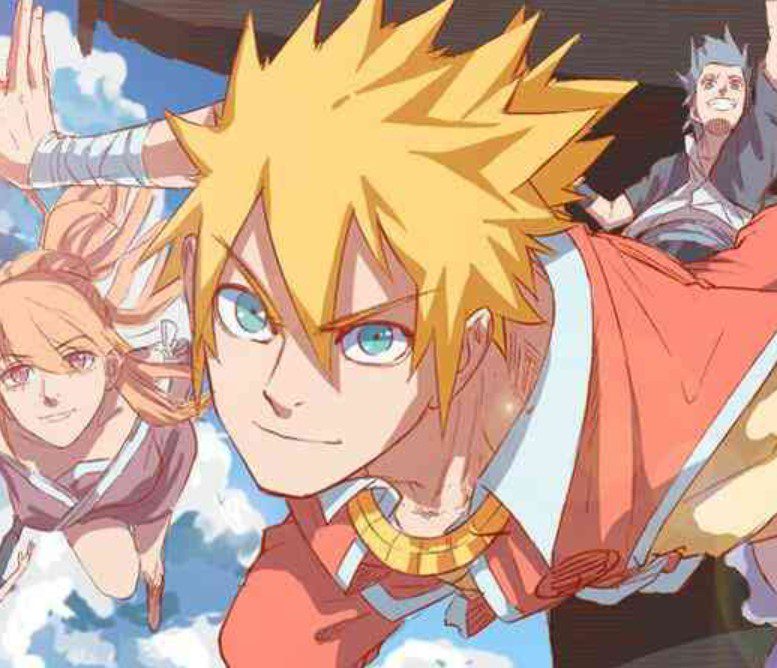 Nie Li has become the strongest Demon Spirit through hard work and training. He was living in the martial world when the six deities defeated him, ranked beast and Sage Emperor. After the great war, Nie Li’s soul was revived, and he appeared in an era before the great war began. Nie Li was reborn into his 13 years old body even though he has the weakest class and lowest talent in the Red soul realm.

However, Nie Li gathered a lot of knowledge in his previous life ad his training progress that any warriors within the Red Soul realm. He decided to form his group to protect the world’s future from being assaulted by a beast. But he was also destroyed when trying to protect his life’s love. But Nie Li didn’t give up since his goal was to destroy the Sacred family that abandoned their duty after betraying the city in his past life. This is a must-read romance comedy manga for those unfamiliar with it.

This is another ongoing romantic comedy manga with more than 190 chapters. This is a romantic tale of a man who returned to protect his beloved ones after experiencing death. Desir Arma has returned to protect the world from beats, monsters, and those he loves and vowed never to face death again. He entered the Shadow Labyrinth; the scariest thing humanity has faced in history. 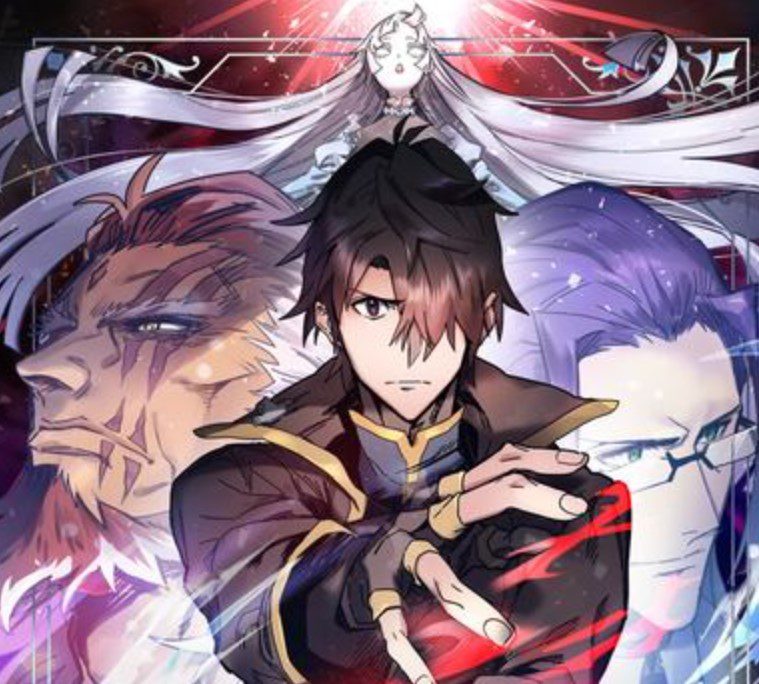 Desir Arman is the sole survivor and one of the six remaining humankind to enter the labyrinth. He and his team tried for the six-time to clear the labyrinth, but they failed, leading to the world’s end. However, things changed when Desir Arman saw a new world 13 years ago before the world ended.

Desir is teleported to the past, where he enrolled at the nation’s finest magic academy, Havrion. He reunites with his lover and friends, and they begin to prepare to save the world and their loved ones. They learn that there are only three years left before the world comes to an end and the emergence of the Shadow World.

Tomo-Chan Wa Onnanoko! is also known as Tomo-chan, is a girl!. This is the best romantic comedy manga for teenagers and love was at the highest level with many funny romantic scenes. Tomo is a teenage boy who falls in love with Jun. But the problem is that Jun is boyish, speaks like a boy, and is the strongest karate girl in school. Jun makes Tomo think like she is a boy. This is the romantic life of Jun, Tomo, and their friend Misuzu. 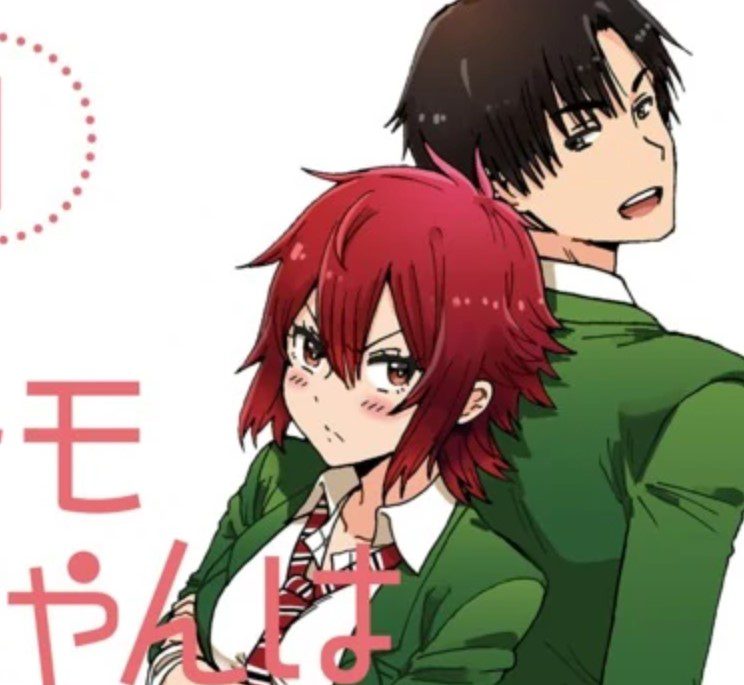 It is also known as Mushoku Tensei – Isekai Ittara Honki Dasu. Jobless Reincarnation has more than 80 ongoing chapters that are worth reading. Most of us are familiar with this romantic comedy manga as one of the best and most popular manga ever. This manga offers a new romantic chapter every week, especially on Wednesday. This is an interesting romantic comedy of NEET otaku, who was turning 34 years and got chased from his house. 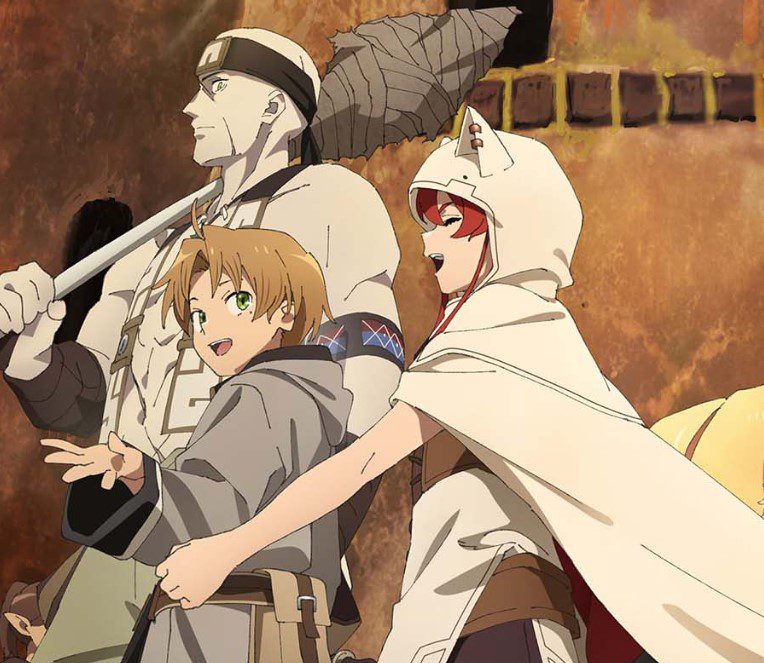 The mysterious destitute, needy, and homeless believed his life had ended. He realizes that if he had done something in the past, his life would have been better he would have a better future. When he regretted a tuck moving at speed and was about to run over three high schoolers, he decided to save them. Unfortunately the truck hits him, and he dies to install but before he was sent to heaven, he encounters a goddess who granted his wish.

This mysterious man was reincarnated in the boy of a young boy named Rudeus Greyrat. He realizes that he was given a new life and has to cherish it. Rudy begins traveling all over the world and meets a girl name Eris.

Fly Me to the Moon

Fly Me to the Moon is known as Tonikaku Kawaii, TONIKAWA: Over the Moon for You. This is the best romantic comedy manga, and it’s suitable for those who want to get married after falling in love. This is worthy of reading. Nasa Yuzaki has felt connected to space ever since he was born. However, one accident changed his fate, and he met with the love of his life Tsukasa. Nasa wonders if this mysterious girl who saved him is an alien or a  moon goddess. He proposes, and she replies that she will date after marriage. 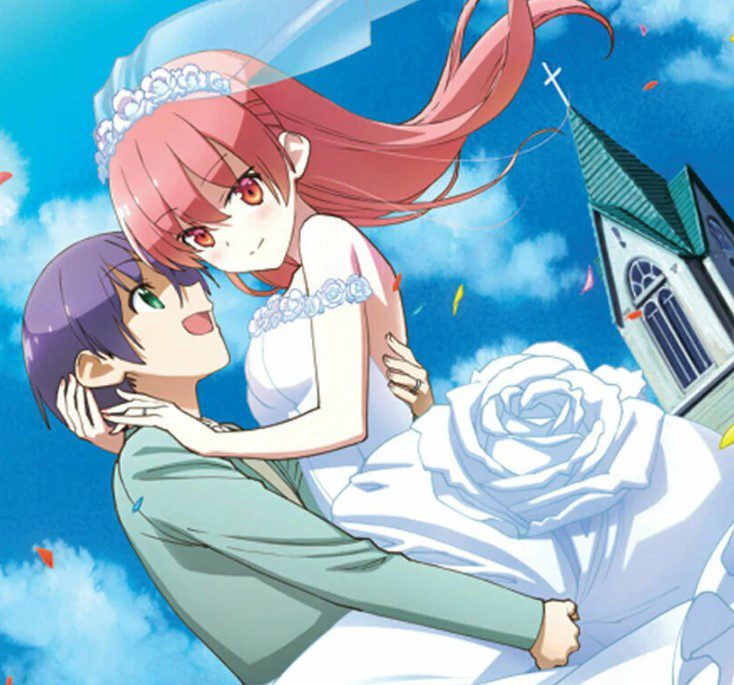 Fly Me to the Moon

Yamada-Kun and the Seven Witches

This is another interesting romantic story that includes witches. Ryu Yamada is known for causing trouble all the time in class. But one day, he had a bad day after falling from a staircase with popular star student Urara Shiraishi. Ryu wakes up and realizes that he switched his body with Urara and gained the power to change place with anyone he wants and kiss them. 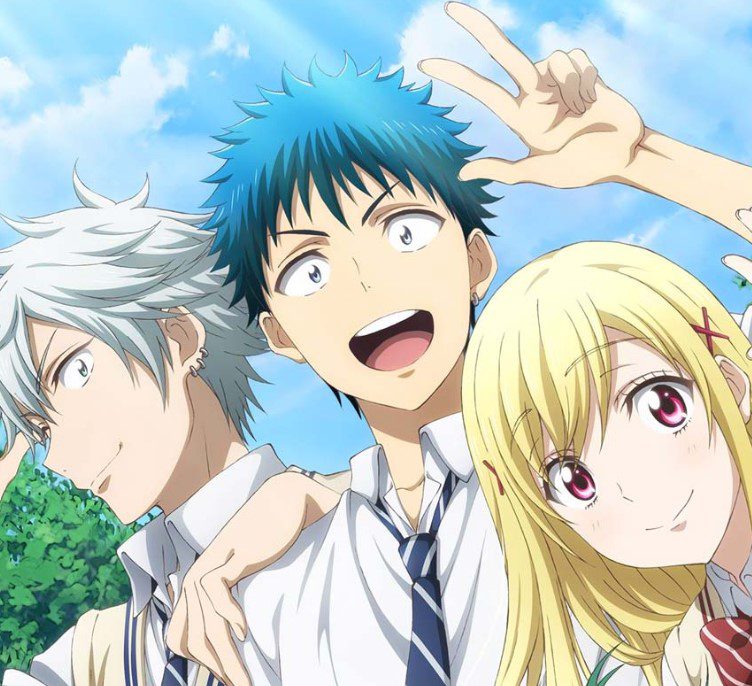 Yamada-Kun and the Seven Witches

Ryu figured out how his new abilities work, and he and Urara decided to improve their lives before their sitch their bodies back. However, Ryu realizes it is an amazing power and wonders how long he and Urara will keep their secret.

What I Love About You

Yunoki has found himself in bed with a strange woman who reveals they are a couple. He was surprised since they were meeting for the first time. Kotoka Hatsushima is a charming 23 years pretty lady who is good at making men fall in love with her. Yunoki is one of the men on Kotoka’s list, and she decided to trap him. Kotoka managed to devise her plans, and Yunoki believed they should start a relationship despite his many doubts. 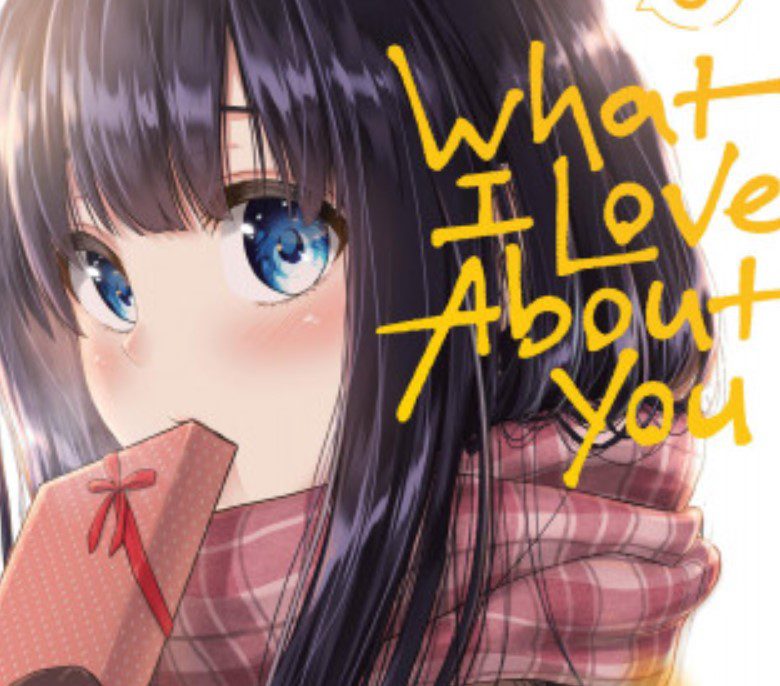 What I Love About You

I Think I Turned My Childhood Friend Into a Girl

This is the story of famous high school students who changed their life. But the path of their life is different. Kenshirou Midou has been obsessed with cosmetics all his life, and he has been hiding his obsession secret from everyone except for his best friend, Hiura Mihate. One day, Kenshirou practiced applying makeup on Hiura, which was amazing. 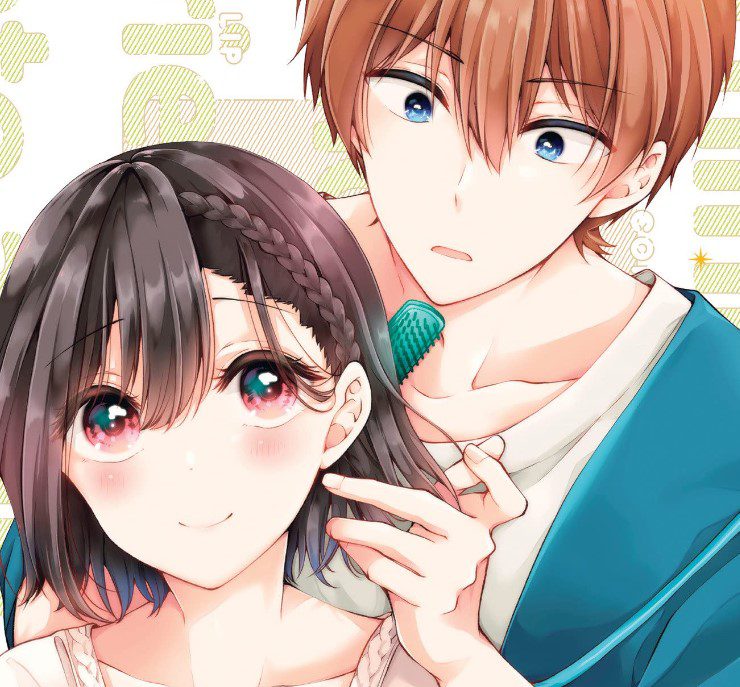 I Think I Turned My Childhood Friend Into a Girl

This made Kenshirou continue applying makeup to different people, drawing Hiura’s attention. This change the friendship between Kenshirou and Hiura.

Also Read: Best Zombie Apocalypse Manga That You Should Read